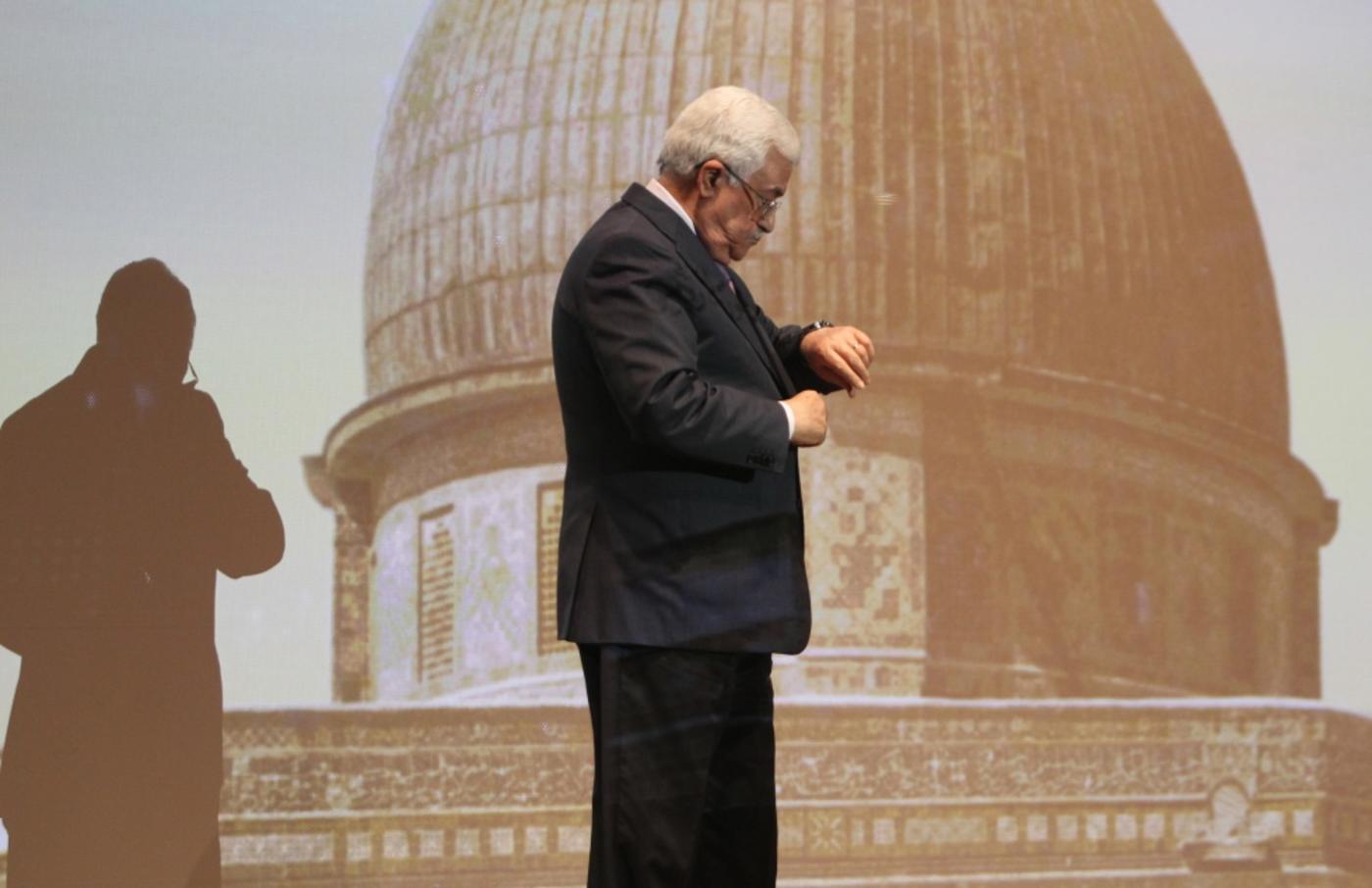 Imagine for a moment that a Palestinian State did exist in the tunnels, and cuttings, and behind the walls and in the pockets of a land that lies between the settlement blocks and roads which Israel is allowed to keep.

For over 20 years, we have been told that there is symmetry in such a solution and that both sides would have to make painful concessions to achieve it.

This scenario does take some imagination because the prospect of peace recedes by the day. Benjamin Netanyahu said Wednesday that he would not evacuate any settlements during his term of office.

But let’s imagine that this happens and peace now reigns over the garden of Israel and the leftover bits of scrubland and desert allocated to a Palestinian state. How would Israel expect such a fissiparous neighbour to behave?

In his response to the long delayed attempt by Mahmoud Abbas to join the International Criminal Court (ICC), Netanyahu offers some clues.

A Palestinian state could never be allowed recourse to international justice because that threatens Israeli soldiers. He said Wednesday that the application itself renders the state empty of meaning. In this, Netanyahu expresses mainstream opinion.

Tzipi Livni, the chief negotiator under Ehud Olmert, has voiced similar objections. She  famously told Palestinian negotiators in 2007 that she was against international law and insisted that it could not be included in terms of reference for the talks: "I was the minister of justice", she said. "But I am against law - international law in particular."

Today she and her new political partners in the Labor party are four square behind the defence of the Israeli army.

"We will protect IDF soldiers and officers and provide them with a political and legal bullet-proof vest,” said a statement issued from the headquarters of Livni’s joint election campaign with the Labor Leader Isaac Herzog.

Nor, in Netanyahu’s mind, could Israel ever relinquish control of security west of the River Jordan, in which settlements form an essential part. On day four of Israel’s attack on Gaza last year, and speaking only in Hebrew, Netanyahu revealed what he really thought about the two state solution: The wider lesson of the escalation was that Israel had to ensure that “we don’t get another Gaza in Judea and Samaria.”

He went on: “I think the Israeli people understand now what I always say: that there cannot be a situation, under any agreement, in which we relinquish security control of the territory west of the River Jordan.”

The Palestinian enclave he imagines could not function neither as a sovereign nor independent state. Such a land would require permanent outside supervision. It would not simply be a question of insisting that Palestine is disarmed. Every political alliance formed in such a state, every statement made, every telecom deal created, and every official visit, would become cause for close Israeli inspection. The price of Palestinian freedom would be permanent Israeli vigilance.

To expect a different approach from Herzog if he became prime minister, is a fool’s errand.  He, too, demands Palestinian recognition of Israel as a Jewish State - his only difference with Netanyahu is that he would not insist on it as a precondition for talks.

In this atmosphere, it is second nature for Netanyahu to sanction Abbas for daring to strike out on an independent course because it is the independence of the action that the permanent occupier/overseer  needs to stop, as much as the actions themselves.

The problem currently facing Israel is the choice of stick with which to beat the once pliant Palestinian Authority (PA). In the first of what it said would be a series of measures, Israel withheld $128m of tax revenue. It has done this several times in the past with little effect.

The revenue from the joint customs union set up in the Paris Protocol on Economic Relations accounts for between 36 and 44 % of the PA’s budget. It’s the same portion of the budget - 38% - which the PA spends on its security services, whose chief function is to coordinate with Israel. So in seeking to weaken the PA, Israel is weakening its overall security control over the West Bank too. This is the one thing Netanyahu has vowed never to relinquish.

Would Netanyahu want the PA to collapse? No. It is in Israel’s interest that Abbas does not lose control of the West Bank. "Israel has a dilemma -- we want to have leverage against the Palestinians, to prevent them from referring (cases) to the ICC," Robbie Sabel, a former legal adviser to the Israeli foreign ministry told AFP. “However, we don't want to undermine them. It's in our interest that they be in effective control of the West Bank."

In a dispute like this, there is essentially little qualitative difference between the West Bank and Gaza, only one of degree. Both areas, under Israeli sanctions, quickly revert to their default state - besieged enclaves - and Israel can ensure that all movement stops in the West Bank in a matter of hours.  In these circumstances it would become harder to maintain that the relative wealth of Ramallah is the reward for 20 years of talking to and recognising Israel. Israel would by default do everything it could to remind Palestinians wherever they live that they shared a common yoke.

Both the US and EU’s statements criticising Israel’s move to sanction the PA, pirouette around the same internal contradiction: a two-state solution needs an embryonic government in the Palestinian Authority to exist, but not to go as far as governing or taking its own decisions. If they did, it would be deemed unilateral and provocative. In other words, a Palestinian Authority is fine, just as long as it does not exercise any real authority. Palestinians have to know their place.

This says all you need to know about the dead end Oslo has hit. The collapse of the peace process in 2014 is more complete than the failure of Camp David 14 years earlier that led to the Second Intifada. This time, the process has failed in a fundamental way. Palestinians who reject violence and are committed to exclusively peaceful means are hard put to chart a peaceful way forward. Everyone knows that an explosion is coming and they can feel it in their bones.

Photo: Palestinian President Mahmud Abbas checks his watch before a speech in the West Bank city of Ramallah on 4 January (AFP) 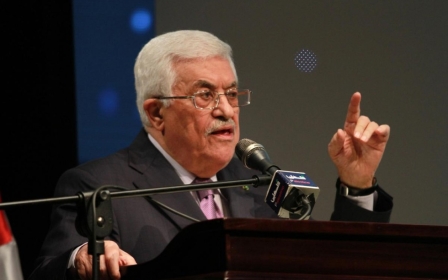