Mohamad Elmasry
It is incumbent upon Western journalists to give voice to repressed, marginalised and increasingly muzzled Egyptians 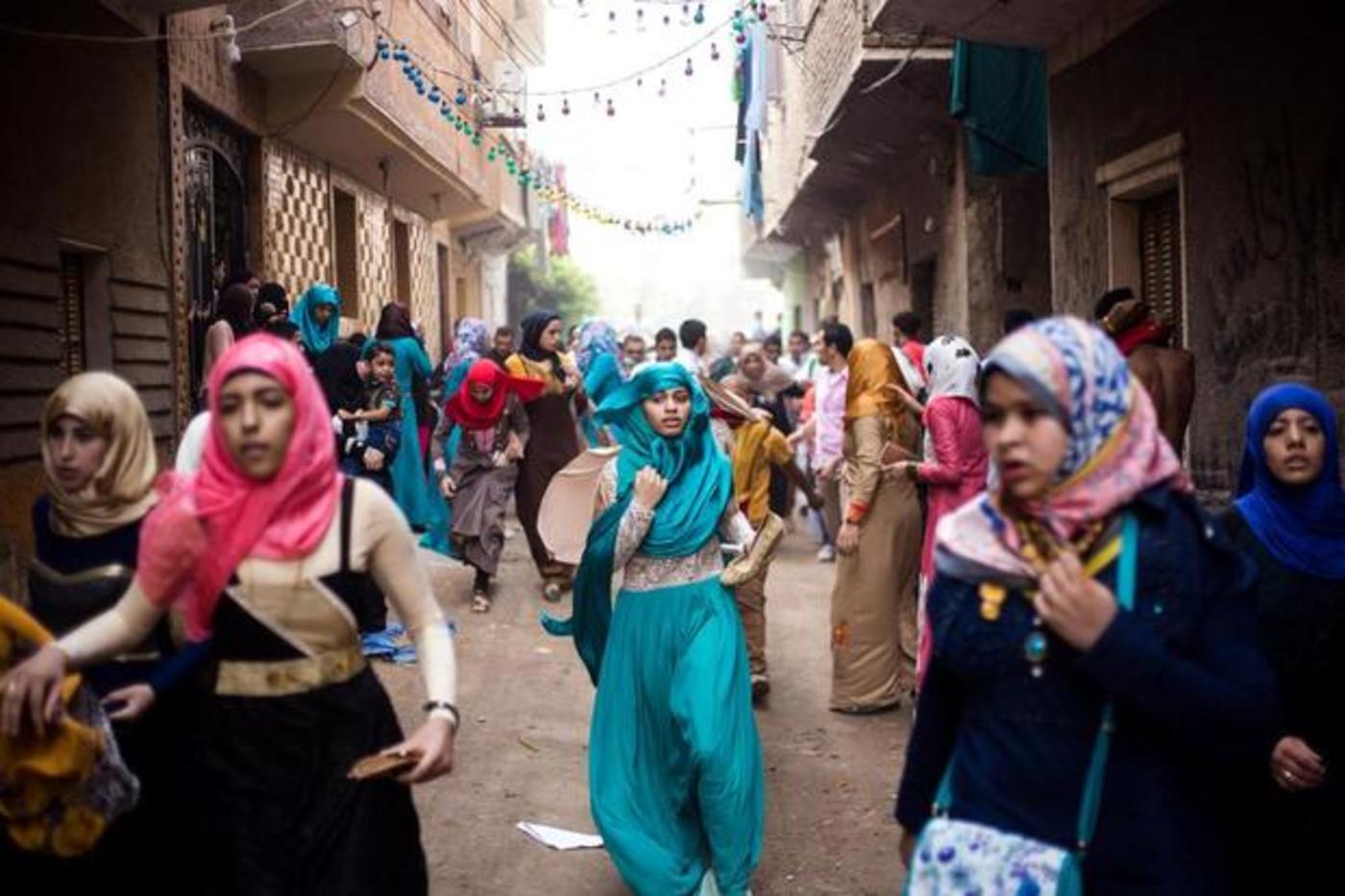 Reporting about Friday’s Eid Holiday celebration violence in Egypt underscored the extent to which the Egyptian authorities have commandeered the country’s media narrative.

Predictably, news reports produced by Egyptian news outlets blamed the Muslim Brotherhood for the deaths of several of their supporters killed by Egyptian police gunfire at post-Eid prayer protests in Giza.

Given the stable of repressive laws that effectively prevent Egyptian journalists from deviating from the official line, these reports were not surprising. Remarkably, perhaps, some Western reporting about Friday’s violence seemed, too, to uncritically echo the Egyptian government’s version of reality.

Reuters and other Western news agencies and outlets relied primarily on Egyptian government sources, which, perhaps predictably, described the violence as the byproduct of “clashes” which had “erupted” in several protest sites in Cairo. Importantly, the Reuters report stops short of suggesting that police may have fired on unarmed protesters, something which has happened repeatedly in Egypt since 2013.

A report by the Middle East Eye offered a starkly different picture from the Reuters report. According to MEE, a protest in Nahia was cornered off and fired on by police, who are described by an eyewitness as having instigated the violence. The MEE report says three protesters were killed at the Nahia protest. The Egyptian government, meanwhile, claimed that only one person died.

It may be difficult to determine with certainty what may have transpired at an individual protest, but this much is sure: exclusive or primary reliance on Egyptian government sources is a dubious, and arguably irresponsible, journalistic strategy.

Since 2013, the Egyptian government has killed more than 1,000 protesters. Human Rights groups have carried out thorough, independent investigations of much of the violence, concluding that police have shot to kill large numbers of unarmed protesters.

There have also been other forms of police-perpetrated violence. For example, in August 2013, 37 Egyptians - many of whom appear to have been randomly rounded up by police - were gassed to death in the back of a police van. Earlier this month, 13 Muslim Brotherhood members were shot to death by police in a private home.

The Egyptian government has failed to investigate any of the police-perpetrated atrocities - probably because the police violence has been part of official government policy, as Human Rights Watch has noted. Rather than investigate police crimes, the Egyptian government has promoted officers and erected monuments honouring police, who have been consistently described as “heroes” by Egyptian media. After the largest massacre of protesters - the August 14, 2013 dispersal of the Rabaa Square protest in Cairo - Egyptian media showed footage of police activity at Rabaa while playing part of the soundtrack for the movie Rocky in the background.

The violence documented here is part of the Egyptian government’s comprehensive policy of elimination directed against the nation’s leading political opposition, the Muslim Brotherhood, which won five consecutive elections during Egypt’s brief 2011-2013 democratic transition. The government has jailed tens of thousands, banned opposition media, eliminated the Brotherhood’s political party, shut down charitable organisations affiliated with the Brotherhood, and set world records for the largest mass death sentences in modern history.

For multiple reasons, it is important that Western journalists remain critical of Egypt’s regime. First, given the extent to which Egyptian media are controlled - for instance, a new law will decree a two-year prison sentence for any Egyptian journalist who cites a source that contradicts government-reported casualty figures - Western media represent essentially the only outlets through which Egypt’s opposition is able to voice its perspective. Second, Western governments have been noticeably silent on Egypt’s return to military dictatorship.

Worse, some Western governments have been actively cheerleading Egypt’s military government, right through its worst atrocities. For instance, shortly after the July 2013 military coup and the largest government-perpetrated massacres of protesters in August 2013, American Secretary of State John Kerry said that Egypt was moving faithfully toward democracy. Earlier this year, the US lifted a weapons freeze and resumed shipping American weapons to the Egyptian military. Third, and importantly, uncritically accepting Egyptian government narratives suggests a type of “caving in” to the regime, even as it actively attempts to restrict international reporting on Egypt’s “war on terror” and control reporting about anti-government protests.

In order to justify a military coup against an elected president only one year into his first term, Egypt’s most powerful state institutions constructed a narrative suggesting that the entire nation had risen up to demand military intervention against a despised president, Mohamed Morsi, who hailed from the Brotherhood.

As part of this narrative construction, polling data showing that Morsi was still relatively popular was systematically repressed, election results were dismissed as insignificant, and anti-Morsi protest figures were systematically and unrealistically inflated. Anti-coup, pro-Morsi protests provided an important blemish to the pro-military coup narrative. The anti-coup protests, which grew to be fairly large in July and August 2013, showed that many Egyptians continued to either support the elected president or otherwise oppose the military takeover. The protests were a major thorn in the side of Egypt’s new government because they showed that Egyptians were not unified in their support for the new political order.

The military government responded to the challenge of anti-coup protests by first preventing Egyptian media from covering the protests in ways that may have implied that the demonstrations were large. For example, Egyptian journalists consistently mocked the Rabaa protest as being carried out at a mere “stoplight,” and methodically downplayed anti-coup protest numbers, often claiming that there were only “hundreds” of protesters present at the largest demonstrations. Also, Egyptian television media generally avoided providing aerial footage of the protests because doing so would have offered a glimpse into how large the demonstrations actually were.

When all of these strategies proved insufficient to end the anti-coup protest movement - and increasingly fed up by video footage of the large Rabaa protest being leaked to Al-Jazeera and other international networks - the government finally decided to act with force on August 14, 2013, massacring more than 900 protesters at the two largest protest sites over a period of several hours.

Since then, as thousands of Muslim Brotherhood supporters have been arrested, protesters have scattered and protests have become smaller and less frequent. As they have been eliminated from Egyptian public life, their voices have been silenced.

If journalism is, at least in part, about providing voice to the oppressed, then it is incumbent upon Western journalists to give voice to repressed, marginalised and increasingly muzzled Egyptians.

And, if good journalism is, at least in part, about keeping power centres in check, then Western journalists should be careful not to uncritically accept the Egyptian government’s version of events. Opposition sources must be consulted in conjunction with government sources.

- Dr Mohamad Elmasry is an Assistant Professor in the Department of Communications at the University of North Alabama.
The views expressed in this article belong to the author and do not necessarily reflect the editorial policy of Middle East Eye.
Photo: A woman in new clothes bought for Eid runs to escape police forces attacking protesters in Nahia village near Cairo 17 July 2015 (MEE/Mohamed Naguib)