What could make a Rouhani-Trump deal possible?

Seyed Hossein Mousavian
Tehran should abandon the nuclear deal and suspend its membership of the nuclear Non-Proliferation Treaty. Then real talks with the US can begin 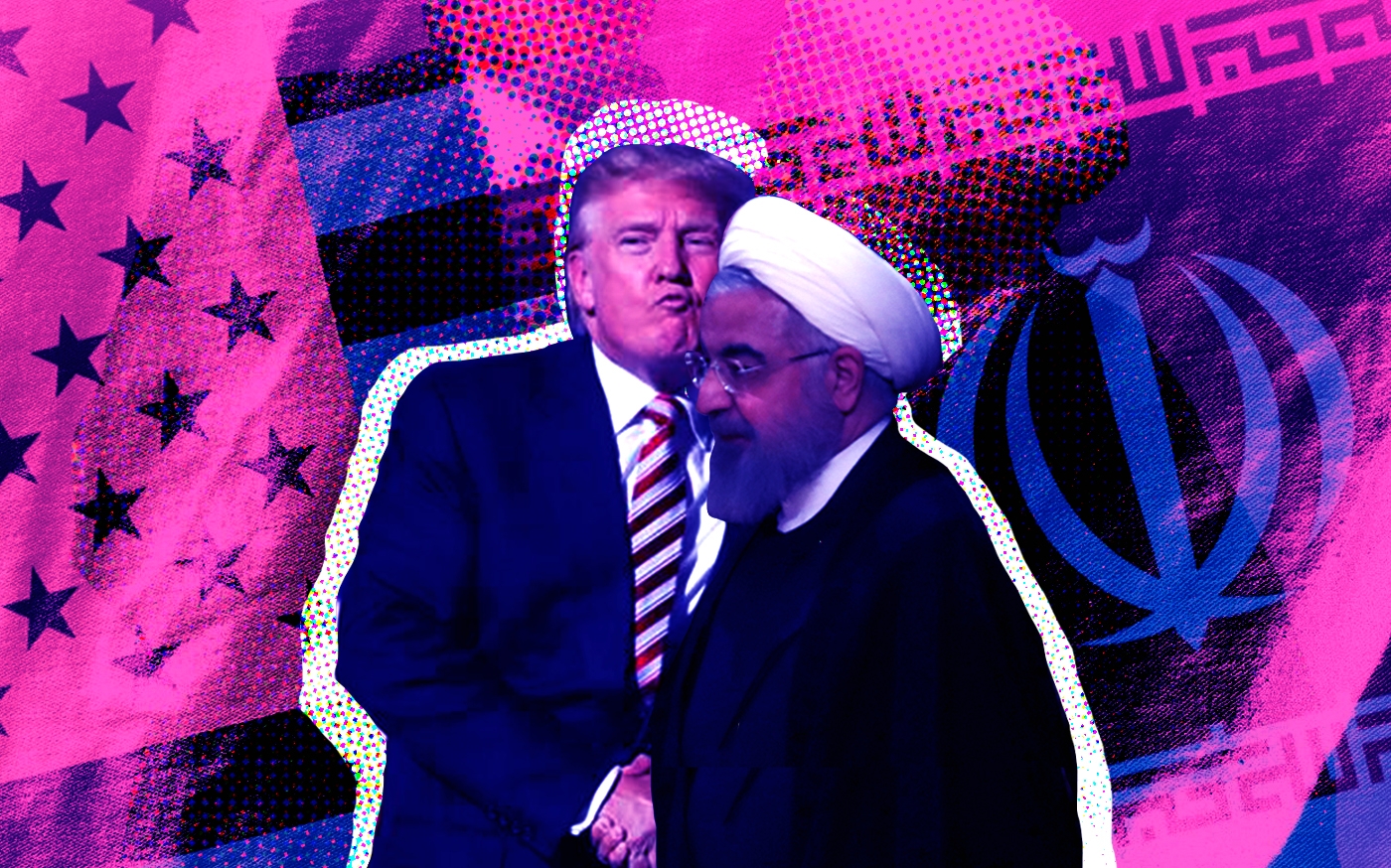 US President Donald Trump’s withdrawal from the landmark Iran nuclear agreement, and his pursuit of the ill-advised “maximum pressure” policy, have taken US-Iran relations to their most critical point since the 1979 revolution.

The eastern powers that are also parties to the nuclear deal - namely China and Russia, which themselves have been engaged in trade warfare with the US - seem more sincere than their Western counterparts in their will to keep the deal alive.

The Europeans’ efforts have been a total failure. While they keep issuing statements in support of the deal, in reality, they have capitulated to US-led sanctions against Iran. French President Emmanuel Macron recently took the lead in trying to find a solution, but these efforts were in vain.

Iran fully implemented the terms and conditions, as confirmed repeatedly by the International Atomic Energy Agency (IAEA). In return, Western powers either directly violated the terms of the deal, or remained complacent in the face of US bullying.

The removal of the deal’s economic dividends because of the US withdrawal led Iranian officials to announce that they would gradually exit the deal, unless other parties were to comply with its terms and conditions. There is no doubt that as Trump fully implements the maximum pressure strategy in the remainder of his term, Iran will entirely exit the deal.

The Trump administration has destroyed the nuclear deal, and other world powers do not have the capacity to revive it

This impasse is the product of three important factors.

Firstly, Trump sought to hold direct talks with Iran while pursuing the policy of pressure and sanctions. By pulling out of the nuclear deal, he left the negotiating table, and by sanctioning Iran’s supreme leader and designating the Revolutionary Guards as a terrorist organisation, he killed any chance for negotiations.

Thirdly, Israeli Prime Minister Benjamin Netanyahu has been trying to push the US towards a military confrontation with Iran. Just this week, he again claimed that Iran was clandestinely developing nuclear weapons.

Netanyahu has apparently forgotten the deadline cited in his 1995 book Fighting Terrorism, in which he asserted that Iran would have a nuclear weapon in three to five years.

In the early 2000s, he also presented false claims to the international community about Saddam Hussein allegedly possessing weapons of mass destruction, pushing the US towards the disastrous invasion of Iraq. Netanyahu was also instrumental in pushing the US into the Afghanistan quagmire.

Two things can be forecast from the current circumstances in the region: that the Trump administration will not return to the nuclear deal, and that Iran will not uphold it unilaterally.

The nuclear deal contains the most comprehensive regime of inspection that the non-proliferation world has ever seen. Yet, by implementing these unprecedented commitments, Iran has been rewarded with vicious sanctions.

While the IAEA attests to the peaceful nature of Iran’s nuclear programme, the Trump administration keeps accusing Iran of attempting to create a nuclear bomb.

With Trump abruptly forcing out Bolton, his warmonger national security adviser, the question remains whether or not there is a way out of the US-Iran impasse. The answer is yes, if the US respects international law on non-proliferation as the basis of any potential agreement.

Trump has repeatedly lamented the nuclear agreement as a terrible deal, saying his chief concern is to ensure that Iran does not obtain a nuclear bomb. Yet, the Trump administration has destroyed the nuclear deal, and other world powers do not have the capacity to revive it.

If Trump is looking for a big deal to address nuclear and regional issues, he can initiate a regional cooperation and security system including Iran, Saudi Arabia, Iraq, UAE, Kuwait, Oman, Qatar and Bahrain. Such a system would enable collective cooperation to fight terrorism, commit all to a zone free of nuclear and other weapons of mass destruction, and maintain peace and stability in the Gulf region and the Middle East.

For such an initiative, Trump should invite Rouhani and the other heads of states as well as the permanent Security Council members. Iran faces US aggression and European hypocrisy, but this time it's ready
Read More »

But if he is looking for a bilateral deal with Iran, again a simple straightforward answer is yes - if the US respects international law on non-proliferation as the basis of any potential agreement.

What to do next

Instead of Iran’s current policy of a gradual, step-by step exit from the nuclear deal, Tehran should abandon it altogether and simultaneously suspend its membership of the nuclear Non-Proliferation Treaty (NPT).

Then, there could be an opportunity for negotiations with Trump on “nuclear rights versus commitments” within the NPT framework.

Such an agreement would require the US to abolish all of its nuclear-related sanctions against Iran, in exchange for Iran’s commitment to maintain its nuclear programme as an exclusively peaceful one, within the framework of the NPT.

In the event that both Trump and Iranian President Hassan Rouhani meet and reach an agreement, there will be potentially three outcomes: the NPT will regain its status and credibility in the international community, there will be an end to the nuclear discrimination that Iran has been facing since 1979, and Trump’s dream of forging a “better deal” with Iran will come true.