What do Iranians think about their nuclear programme?

Muhammad Sahimi
Large majorities express support for Iran’s development of civil nuclear power, but some critics say the diplomatic and economic price is too high 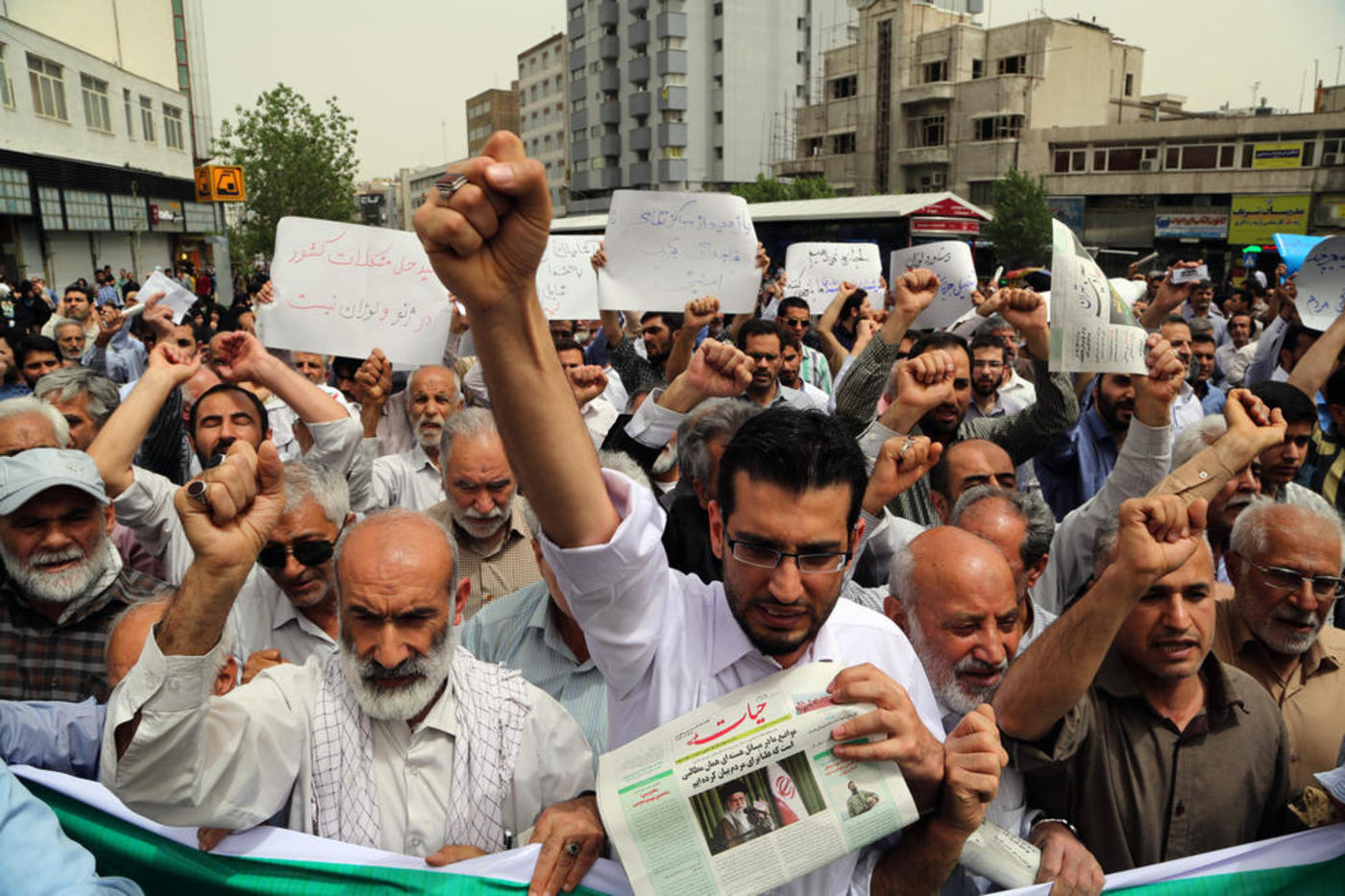 As the negotiations between Iran and P5+1  - the five permanent members of the United Nations Security Council plus Germany – make progress toward a comprehensive agreement over Iran’s nuclear programme, an issue that has not been touched on by the Western press is: how do the Iranian people living in Iran view the nuclear programme? Tens of millions of ordinary Iranians have been suffering as a result of the economic sanctions imposed on Iran by the United States and its allies, sanctions that are often proudly referred to as the “most crippling sanctions in history” by US officials, and have been mostly responsible for Iran’s deep recession, high unemployment and soaring inflation.

This is not an easy question. On the one hand, Iranians, fiercely nationalist and proud of their nation’s achievements throughout history, are well aware that leading newspapers such as the New York Times, hawkish think tanks including the Institute for Science and International Security and the Foundation for Defence of Democracies, as well as the powerful lobbies of Saudi Arabia and Israel in the US have been demonising Iran, presenting a false image of its nuclear programme, and portraying their nation as a menace to the world. On the other hand, a very large majority of the Iranian people opposes many policies of Iran’s clerical leadership.

It is not easy to gauge the views of the Iranian people because Iran’s political system is not democratic. Elections are routinely held for the parliament, presidency, city councils, and the Assembly of Experts (a constitutional body that appoints the Supreme Leader) that, although quite competitive and unpredictable, are undemocratic because the candidates are vetted by the Guardian Council (another constitutional body). The press, political groups, labour unions and civic organisations are tightly controlled. There are red lines that cannot be crossed.

But, despite all such limitations, there have been some lively discussions over the past two years since Hassan Rouhani was elected president in June 2013, in contrast with the eight-year presidency of Mahmoud Ahmadinejad that was devoid of any meaningful debates about the nuclear programme, due to the severe repression that Ahmadinejad and his supporters in the security and intelligence forces has imposed on Iran.

Support for the nuclear programme

A survey carried out by the University of Tehran provided important insights into the views of the Iranian people. According to the poll taken in January 2015, 91 percent of Iranians living in Iran view the expansion of the nuclear infrastructure as important for their country, citing its relevance to medical science, agriculture, increasing production of electricity, and strengthening self-sufficiency of the nation. 65 percent of the Iranians polled believe that production of nuclear weapons is against Islam [a poll taken in 2008 by World Public Opinion had found similar sentiments], and 78 percent supported the government’s decision during the long Iran-Iraq war of the 1980s not to produce and use chemical weapons against Iraq, even though Iraq had used on a large scale the same weapons against Iranian soldiers.

Most importantly, 78 percent believed that Iran’s nuclear programme is only an excuse for the West to pressure their nation. The participants in the poll appeared to be well-informed: 58 percent were familiar with the Nuclear Non-proliferation Treaty (NPT), whereas polls consistently indicate that only 20-30 percent of American know about the NPT.

Another survey, taken jointly in July 2014 by the University of Maryland and the University of Tehran’s Centre for Public Opinion Research, indicated that 79 percent were open to a comprehensive nuclear agreement with P5+1 that include assurances by Iran that it will never produce nuclear weapons, and 62 percent supported more intrusive inspection of Iran’s nuclear infrastructure by the International Atomic Energy Agency. 57 percent supported the proposition that Iran limit its uranium enrichment at 3-5 percent. But 70 percent of the respondents also rejected the proposition that Iran dismantle half of its active centrifuges, while 75 percent opposed any restriction on nuclear research.

Since the illegal invasion of Iraq by the United States in 2003, the Middle East has been the scene of bloody wars that pose a grave threat to Iran’s security, and most Iranians hold illegal Western interventions in the region responsible. This has buttressed the support for the nuclear programme in Iran. Most Iranians also believe that the West applies double standards when it imposes no sanctions on Israel, Pakistan and India that are not signatories of the NPT, and on South Korea that was found by the IAEA to be secretly working on nuclear research and weapons.

All of these have given rise to nationalistic rhetoric. Although a large majority believes that nuclear weapons are against Islam, but knowing what happened to Iraq and Libya - two nations without nuclear capabilities - and the fact that North Korea has not been attacked because it does have nuclear weapons, one routinely hears Iranians living in Iran saying: “Why should Israel, Pakistan and India have the bomb, but not us?” Most Iranians living in Iran are proud of the nuclear achievements by their scientists, despite all the restrictions put on the nuclear programme, and the threats and pressure against Iran by the West and Israel.

'More costly than war with Iraq'

Generally speaking, political groups in Iran may be divided into three main groups: the far right with overt and covert links to security and intelligence organisations; the traditional conservatives; and the reformist and similar groups that seek to move the political system toward a more inclusive and democratic government. The far right and the conservatives are unified in their support of Iran’s nuclear programme and oppose any concessions to the West.

But, important elements among the reformists have been criticising the cost and the burden that the programme has imposed on Iran. The criticisms are not new. Over the years many reformists have been critical of the government policy regarding the nuclear issue. During the Ahmadinejad presidency, when the reformists were prevented from criticising the programme, some of the president’s supporters criticised him for his aggressive foreign and nuclear policy, particularly when he mocked the resolutions that the UN Security Council had issued against Iran by calling them “torn pieces of paper”.

At a roundtable discussion held at the University of Tehran last December, Dr. Sadegh Ziabakalam, a professor at the university, declared: “The imposed war [with Iraq] did not damage us as much as the nuclear programme has.” Physics professor, Dr Ahmad Shirzad, a leading reformist and former member of the parliament, said: “If you ask me why we're moving on the nuclear path, I must say I have no idea," adding, "This is exactly like the continuation of the war [with Iraq] after the liberation of Khorramshahr [in June 1982],” a reference to the fact that many Iranians believe that the war with Iraq should have been ended in June 1982, after Iranian forces expelled the Iraqi army from practically all the Iranian territories that it had occupied since its invasion of Iran in September 1980.

As early as 2004 Dr. Shirzad had criticised Iran’s nuclear programme, believing that Iran does not need to enrich uranium on its soil, does not need nuclear energy, and that it is not even economical to set up a vast enrichment facility in Iran. The critical comments of the two reformist academics were harshly criticised by the hardline Iranian press. Other leading reformists, such as former deputy minister of interior Mostafa Tajzadeh (who has been jailed since 2009) and former deputy prime minister Behzad Nabavi have also criticised the nuclear programme.

Dr Davoud Hermidas-Bavand, a member of the nationalist group the National Front and a professor of international relations at Allameh Tabatabaei University in Tehran, rejected the hardliners’ comparison of the significance of the nuclear programme with the nationalisation of Iran’s oil industry from 1951-1953 that provoked the 1953 CIA coup that overthrew the democratically elected government of Iran’s popular prime minister, Dr Mohammad Mossadegh.

In same roundtable discussion, Dr Hermidas-Bavand said: “What happened under [Dr] Mossadegh was a struggle for rights based on international law. But on the nuclear issue, the process of resistance against bullying [by the West and Israel] went in a direction that in the long run reduced [Iran’s] inalienable rights [under the NPT to nuclear technology]. Every time the negotiations end without a resolution, it results in new sanctions.”

Therefore, while the nuclear programme enjoys broad support in Iran, it also has its thoughtful critics. While Iranians broadly support the programme, they also back compromise with the United States and making major concessions in return for lifting the economic sanctions and eliminating the threat of war.

This is also indicative of another important fact about Iran: unlike US allies in the region, such as Saudi Arabia, the Arab nations of the Persian Gulf, Jordan and Egypt, where criticisms of the government is practically impossible, by comparison and despite the nature of its regime – a theocracy - Iran represents a much more dynamic and open society in which even the most sensitive issues are being discussed.

Photo: Iranians chant slogans during a demonstration in Tehran on May 29, 2015, following weekly Friday prayer ceremony to call on the Iranian government to reject the nuclear agreement with world powers. AFP (AFP) 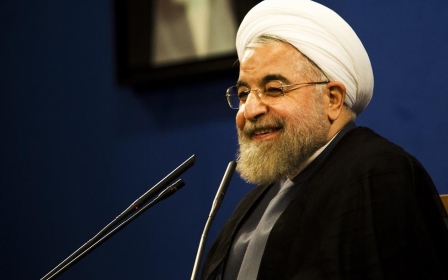 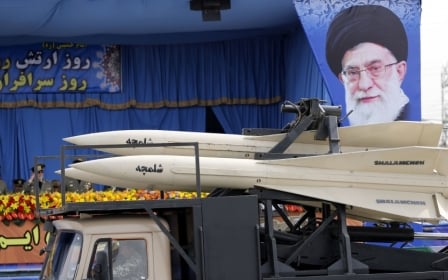