Didier Billion
Whether regarding Palestine, the Persian Gulf or Syria, Francois Hollande’s policies are shaped on a case-by-case basis and appear to lack a clear, overall vision 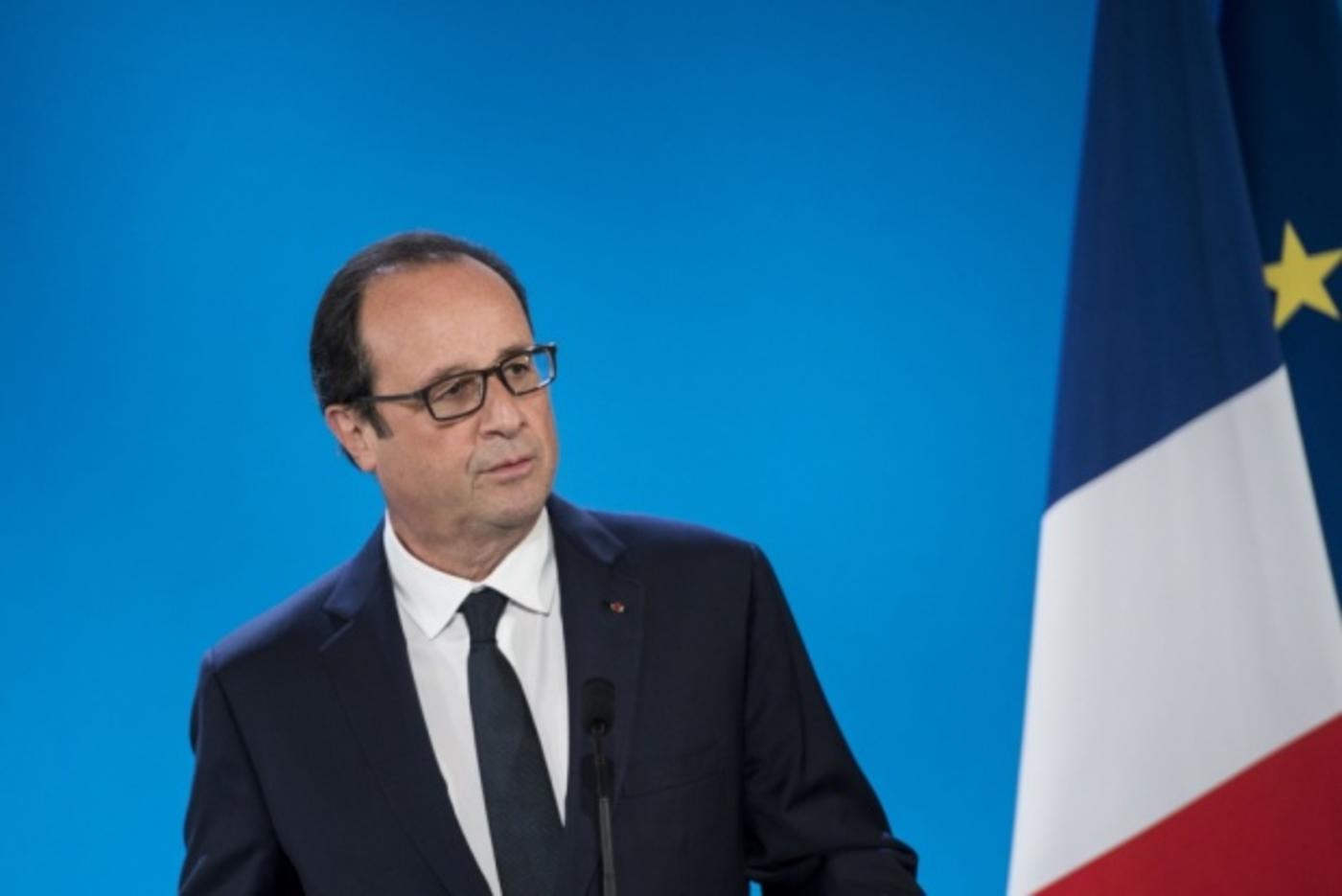 The traditional ambassadors’ conference was held in Paris from 24-28 August. Re-named this year as the “ambassadors’ week,” this meeting has brought together since 1993 the French ambassadors responsible for the implementation of the country’s diplomacy.

Every year the president of the republic opens the debates with a speech theoretically intended to lay the framework for France’s foreign policy. It was Francois Hollande’s fourth appearance. Unfortunately, once again, his speech clearly lacked priorities and was more a series of observations and general comments concerning the state of the world than a genuine roadmap for the diplomats present.

Hollande has not sought to provide an all-encompassing vision of the world, as he does not want to be hemmed in by a conceptual framework but instead to be able to act on a case-by-case basis. This kind of pragmatism, which has today emerged as a system, poses a real danger: that of being dragged along by numerous events on the international scene with no capacity for anticipation.

Additionally, such an approach hardly makes it possible to win support for the French position beyond its borders, even if it must be acknowledged that Hollande has succeeded in improving relations with a number of countries whose relationship with France had deteriorated due to the aggressive provocations of his predecessor Nicolas Sarkozy. As examples we should mention Turkey, Algeria, Mexico, Brazil, Japan and China.

Although the president of the republic’s work has made it possible to reduce tension, particularly in places such as Mali and Ukraine, the achievements of French foreign policy in the Middle East are nevertheless doubtful. Indeed, on the region’s key issues, Hollande seems to be moving away from the “fundamental” positions of French foreign policy, already seriously eroded by his predecessors’ policies.

We should begin by recalling the French government’s position during the Israeli violence against the Gaza Strip in summer 2014. At the time, the president of the republic shocked public opinion with the publication of a communiqué the day after the bombing began, which stated that “it is the responsibility of the Israeli government to take all measures to protect the population from threats,” thereby providing a blank cheque for Israeli barbarity, without even saying a word about the Palestinian victims of the bombing.

Over the following days, repeated bans on protests showing solidarity with the Palestinian people in France clearly demonstrated the French government’s support for Israel.

We had to wait until 4 August, when there were already 1,800 dead, and 10,000 injured (most of them civilians), and three attacks against a UN school being used as a shelter, before the French government finally changed its tone regarding Israel. In a communiqué, the Foreign Affairs Minister Laurent Fabius denounced “what must now be called bloodshed” stating that Israel’s “right to security does not justify the massacre of civilians”.

The change was notable but it came way too late. Since then, Fabius has been seeking to set up a support group including the Quartet (US, Russia, EU and the UN) and the Arab countries willing to participate in this process, while at the same time continuing to pacify Israel, which however is solely responsible for the deterioration in the Palestinian people’s situation.

Although there can be no doubt that it is the application of international law that will finally resolve the situation, this does not genuinely seem to be the political position adopted by the French president.

The second key regional topic concerns the Persian Gulf, Iran’s rehabilitation on the international scene and the relationship with the Gulf Arab monarchies. We know that France laid down many conditions for the signing of the Iranian nuclear deal, which was finally agreed in July 2015.

On more than one occasion, French intransigence almost derailed diplomatic efforts that had been underway for several months. We should mention for example that in November 2013, just when the interim deal agreed by Iran and the United States seemed to be on the verge of being signed, France (represented by Fabius) was firmly opposed to this.

Opponents of a compromise with Iran saw this for what it was, with American conservatives and neoconservatives, Israeli leaders and Saudi leaders immediately congratulating Paris.

The reasons for this stance were numerous: a desire by France to once again demonstrate its role as the “protector” of non-nuclear proliferation, to display a willingness to please leaders in Israel, to improve political and business ties with Saudi Arabia (itself very hostile to the Islamic Republic), the temptation to take revenge on US President Barack Obama for having left France isolated in the handling of the Syrian chemical weapons crisis in summer 2013 by deciding at the last minute not to carry out bombings on the Syrian government's positions, and the illusion of emerging as a central player in the Middle East at a time when the United States seemed to have downgraded this region among its priorities.

However, considering the high stakes involved in the Iranian nuclear issue and the possibility to reincorporate Iran within the game of international relations, which would considerably help reduce tension in the Middle East, this was certainly not a policy worthy of its name.

The increasing numbers of business contracts and goodwill gestures and the special invitation extended to Francois Hollande to attend the special summit of the Gulf Cooperation Council on 4 May 2015 in Riyadh, in addition to French support for the aggression waged by the Arab coalition against Yemen, further symbolised Paris' wish to establish itself as a key partner for the oil-producing monarchies.

It should come as no surprise that France is strengthening its economic and political relationships with these monarchies, but a state’s foreign policy is not a zero-sum game and should not be implemented to the detriment of a closer relationship with Iran.

Finally, the third key issue is Syria. We know that for more than four years now the French political authorities have had a firmly entrenched position of supporting the so-called moderate rebels, and have constantly expressed a wish to bring down the government of Bashar al-Assad.

Consequently, until these last few days, France, which for the last year has actively participated in the military coalition led by the United States against the Islamic State (IS), was bombing positions of the hardline organisation in Iraq but refused to do so in Syria under the pretext that this would have actually strengthened the Syrian government. During his speech to the ambassadors, Hollande once again reminded everyone of the need to “neutralise” Assad.

However, in recent days we have seen an undeniable change in position on Syria as during his press conference of 7 September, Hollande announced that the French air force now had orders to carry out reconnaissance missions over IS positions in Syria, as a prelude to potential bombing missions.

This noteworthy change in policy by France was made necessary by the changing situation on the ground in Syria itself. Despite the many declarations by French politicians explaining that Assad’s government will soon fall, this government is still in power even if weakened.

And although Assad is part of the problem, he is also part of the solution to this terrible war that has brought bloodshed to Syria on a daily basis and created millions of refugees. We can only hope that even if it is rather late, Paris adopts a realistic policy once again and understands the imperative need to find a political solution to the Syrian crisis that includes all regional and international players, including Russia and Iran.

These few examples serve to demonstrate that François Hollande’s policy in the Middle East is often cautious and lacking the firm direction needed to make an impact over the medium term.

However, in view of the complexity of the regional stakes involved and the resulting human dramas, it is more necessary than ever to have a clear vision of the future to avoid simply resorting to policies dictated by emotion and being permanently in thrall to rapidly changing events.

This is what is required if France is to make a positive contribution to events in the region.

- Didier Billion is the assistant manager of the French Institute for International and Strategic Affairs (IRIS). As a doctor in Political Science, Didier Billion is a specialist in Turkey and the Middle East. He has published numerous works on regional issues, and has also drafted numerous studies and consultancy reports for French institutions (the defence and foreign affairs ministries) and for French companies operating in the Middle East. He also teaches at the National Institute for Oriental Languages and Civilisations (INALCO), in Paris where he has responsibility for the "Geopolitics of Turkey" seminar.

Photo: French President François Hollande during the International conference on peace and security in Iraq at the Quai d’Orsay on 15 September 2014 (AFP).

This article was originally published on MEE's French website on 17 September 2015. 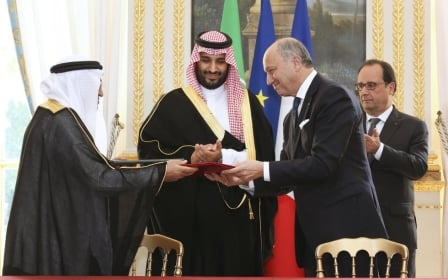