What is hiding behind Islamic State?

Nadim Shehadi
Like arsonists posing as firefighters, Iran and Syria are now proposing themselves as part of the solution to a problem they helped create 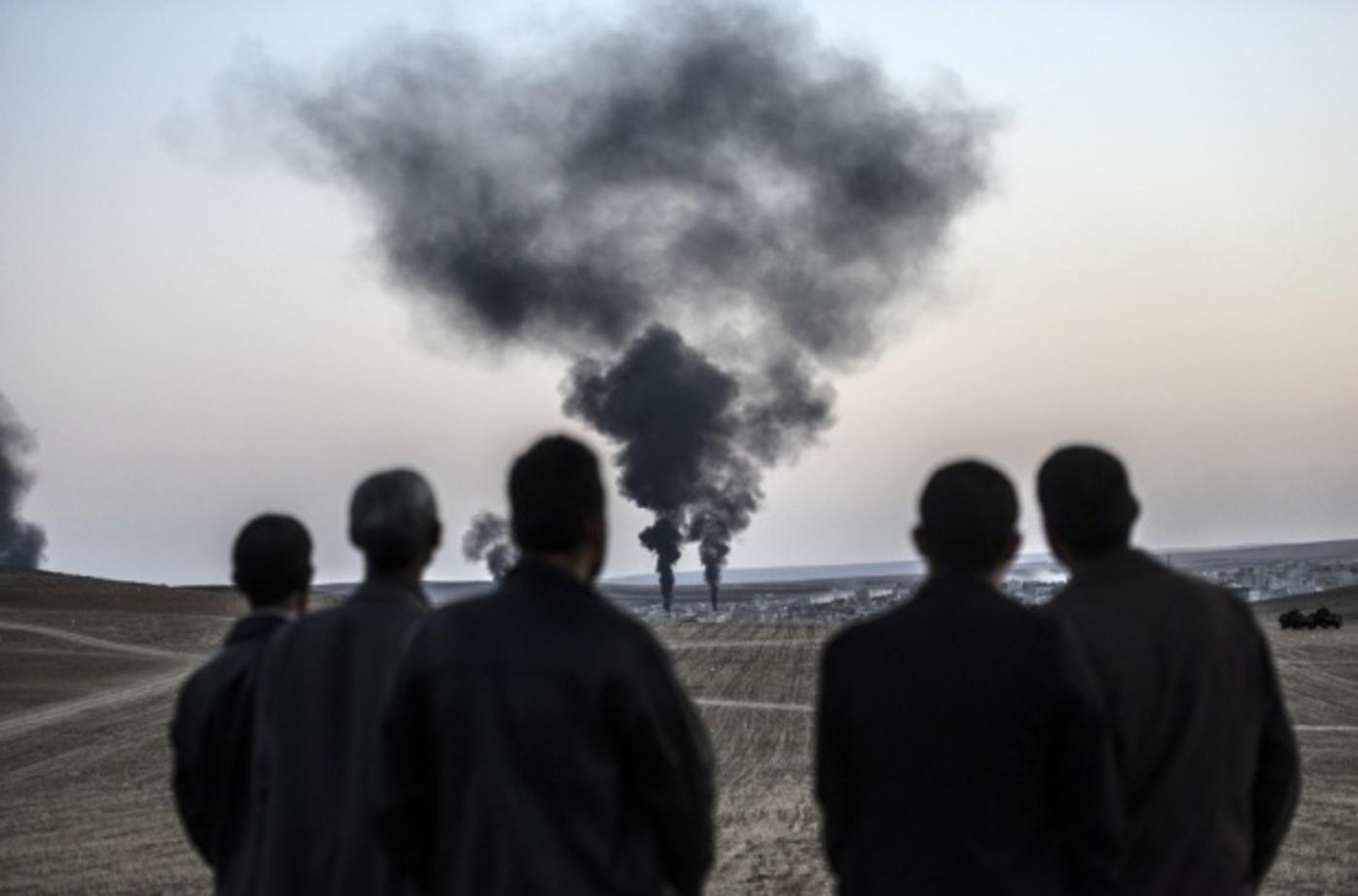 In early 18th-century Aleppo, there was a schism in the Greek Orthodox Church, and a new sect emerged called the Melkite Church, in communion with Rome. The Melkites, also called Greek Catholics, needed their own church, but it was illegal to build a new church in the lands of the Ottoman Empire; however, if a Christian church already existed, it was protected and it was forbidden to tear it down.

To build their church, the Melkites resorted to a trick that is practised to this day and that may help explain the complex phenomenon that we call Islamic State. The illegal new church was built in hiding, inside a hangar or a large barn, away from the eyes of the law and of rival sects. After a while, the Melkites were betrayed and the barn had to be torn down, revealing a fully built church. Once it was out in the open, the church acquired legitimacy and permanency.

This practice is still followed in some slums and refugee camps where only temporary structures with tin or corrugated iron roofs are allowed. To get round this law, homes with solid roofs are built underneath the canopy of a temporary roof; after a while, the tin roof is removed. Once these solid homes are in the open, they are subject to different laws and are de facto recognised.

Islamic State is in fact such a barn or tin roof under which are hiding a complex set of forces; they would be illegal if they tried to consolidate their power over a territory but they will have to be recognised once the roof is removed.

One element is the General Military Council for Iraqi Revolutionaries, former Ba’ath Party officers from Saddam Hussein’s disbanded army with over thirty years of experience ruling the land. Many have been in hiding or in exile, given sanctuary and support by the Syrian regime.

Another important element is the Army of the Men of the Naqshbandi Order, a Sufi order which is powerful in the region and with connections that are not well understood. They include senior members of the AK party of the Turkish president, Recep Tayyip Erdogan, and Muslim clergy in Syria and Lebanon.

The third element are Sunni tribes in the western provinces of Iraq who are disaffected with the policies of Shia hegemony of the former prime minister, Nouri Maliki, and bitter at being abandoned by the Americans with whom they collaborated to get rid of Al Qaeda in Iraq during the ‘Surge’ in 2007-08. Some of the reported massacres in western Iraq, brutal as they are, may have more to do with Ba’ath-style re-establishment of control in these provinces than with what we think of as the jihadism of Islamic State.

These disaffected Sunnis are the real forces hiding inside the barn. They have local support and connections that may explain the speed with which they took over territory; they may be led by Izzat Ibrahim al-Douri, second in command in Saddam’s regime and the King of Spades in the US’s deck of cards. He is described as the hidden sheikh of the Naqshbandi order.

The fourth element – the one everyone can see – is composed of the remnants of Al Qaeda in Iraq most of whom have been released or escaped from Syrian and Iraqi jails. These had played an important role in destabilising Iraq in 2006 and 2007, a role facilitated by the Syrian regime.

This element, joined by foreign fighters, is the barn inside which the rest of that toxic mixture of disaffected groups is hidden. The purported Salafi Islamist creed of Islamic State is incompatible with the other elements within it: the secular nationalism of the Ba’athists is anathema to the so-called caliphate proclaimed by Islamic State; Sufis such as the Naqshbandis are considered heretics and apostates; and tribal leaders are always wary of losing followers to cults.

Islamic State has been described as a virtual entity, its visibility a product of a sophisticated media strategy designed to make it seem like the fount of all evil. This propaganda campaign created the barn and at the same time created the urge to destroy it.

There is much confusion about Islamic State in international policy circles and better understanding of the phenomenon is crucial. All the opposing forces in the region have suddenly found themselves on the same side against Islamic State. In this new alignment, some voices are calling for western re-engagement with the Assad regime in Syria and a shift away from America’s traditional allies among the Gulf states in favour of Iran. The US Vice-President Joe Biden expressed this confusion publicly when he said that US allies were part of the problem.

If some of the forces incorporated in Islamic State represent legitimate elements of Sunni grievance, then focusing on the ‘caliphate’ as the ultimate enemy is diverting attention from two important causes of Sunni radicalisation: one is the revolt in Syria, where the regime is now free to barrel bomb its cities and the rebels feel abandoned by the West. The second is the Iranian-sponsored militias such as Hezbollah in Lebanon and many more in Iraq which are now tacitly accepted by the US as part of the fight against Islamic State and have a free hand in their offensives against the Sunni population.

These militias in Iraq, clones of the Iranian Revolutionary Guards, have undermined the US-trained Iraqi army. With the army now barely operational, these militias are at the forefront of the fight against Islamic State. Like an arsonist posing as a firefighter, Iran and Syria are now proposing themselves as part of the solution to a problem they helped to create.

The Americans are not blameless. The increase in radical elements in Iraq is also to a large extent a consequence of three decisions taken by the Americans after the invasion of Iraq: the disbanding of the Iraqi army which left its officers outside the system; the crippling of state institutions through the wholesale de-Ba’athification process; and the timing and manner of US withdrawal, which left a vacuum to be filled by Iran.

The moral of the story is that fighting Islamic State in alliance with Iran and Assad is futile: it will increase grievances and exacerbate the problem. What is required is to address these grievances by protecting the Syrian population from the regime and curbing the power of the Iranian Revolutionary Guards in Iraq and the rest of the region.

The US, instead of defusing Sunni-Shia tension, is sending an inflammatory message: that it is ready to work with Assad and Iran to fight Islamic State and, while engaging with Iran on the nuclear issue, it will disregard Tehran’s power plays in the region.

Engagement should be with the real forces which operate under the cover of Islamic State; these include some unpalatable elements but evidence suggests that they have gained ground for a reason, and if that reason is not addressed they will gain even more.

- Nadim Shehadi is director of the Fares Centre for Eastern Mediterranean Studies at Tuft University's Fletcher School of Law and Diplomacy. He is also an associate fellow of Chatham House where he directs a programme on the regional dimension of the Palestinian refugee issue in the Middle East Peace Process and a senior member of St Antony's College Oxford where he was director of the Centre for Lebanese Studies from 1986 to 2005.

The views expressed in this article belong to the author and do not necessarily reflect the editorial policy of Middle East Eye. This article was originally published in The World Today, Chatham House’s bi-monthly magazine.

Photo: Onlookers watch as smokes rises from the town of Kobane (AFP) 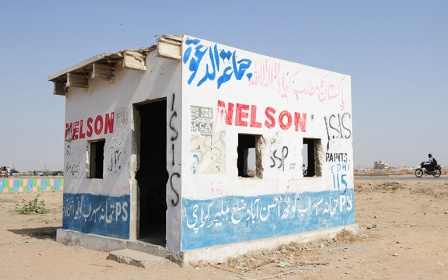