Danny Rubinstein
Israeli politicians falsely compare the actions of Arab leaders to the genocide of Jews in Europe – instead, Israelis must recognise that co-existence with Palestinians and its neighbours is possible, if we want it 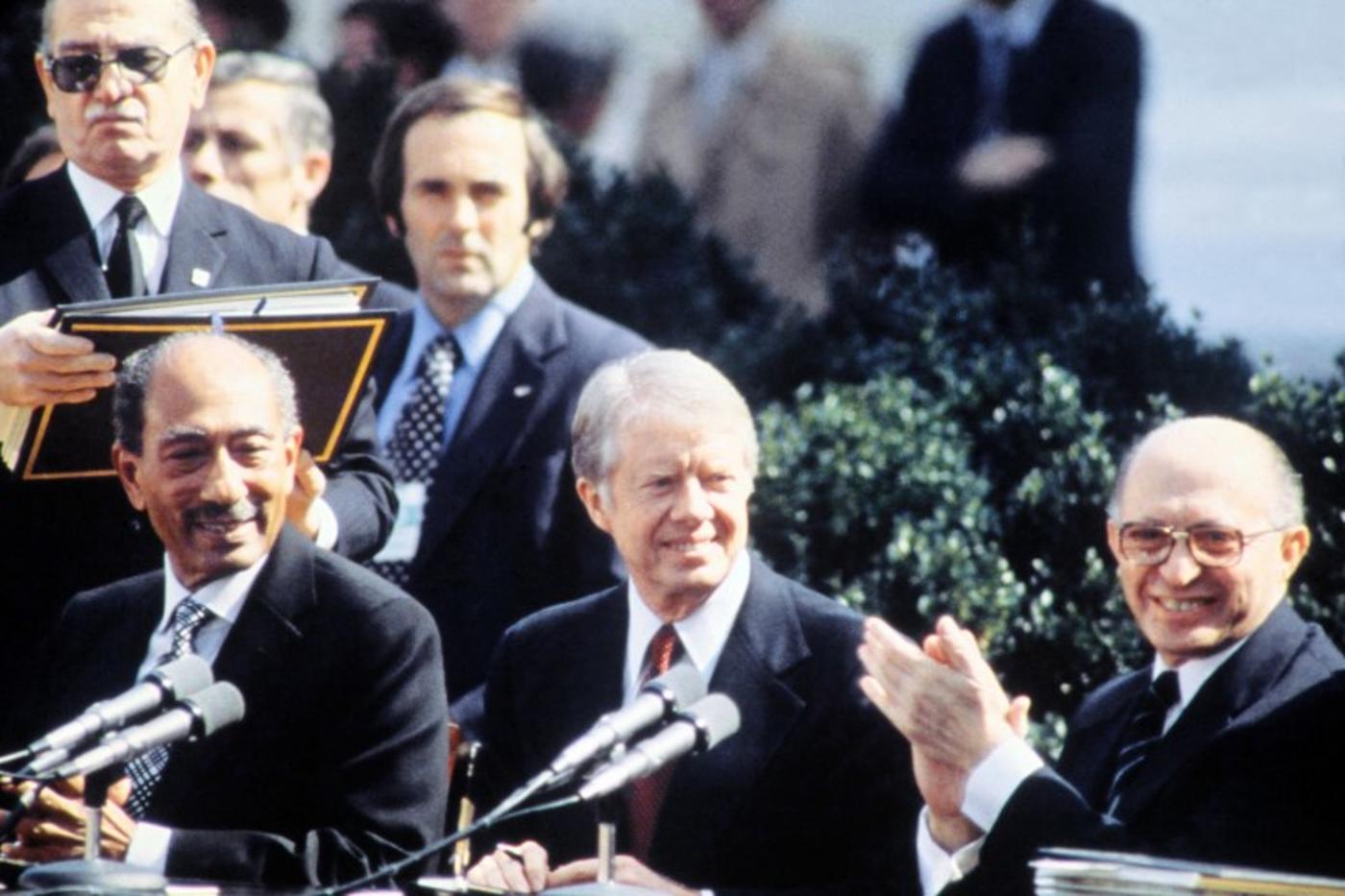 Not long after a peace agreement between Israel and Egypt was signed in 1979, then prime minister of Israel Menachem Begin named interior minister Dr Yosef Burg to head the Israeli delegation to the talks with the Egyptians on autonomy for the Palestinians in the West Bank and the Gaza Strip.

The issue of autonomy for the Palestinians was an important component of the Israeli-Egyptian accord, and Begin wanted interior minister Burg to take on that task. A small contingent of Israeli journalists accompanied Dr Burg and his delegation to Alexandria. Why Alexandria and not Cairo?

Before we got to the hotel itself, our head of delegation announced that we, the Israelis, were not going to enter a hotel called Palestine

Because the Egyptians refused to come to talks in Jerusalem so as not to recognise Jerusalem as Israel’s capital; they preferred Tel Aviv (actually, Herzliya). Menachem Begin, in retaliation, announced that we would not come to talks in Cairo, Egypt’s capital, but only Alexandria.

The Egyptians prepared a luxury seafront hotel in Alexandria to host all of us, members of the delegation and journalists. Only on our arrival did we discover that the name of this deluxe venue was the Hotel Palestine. It was located at one end of the Corniche, the famous seafront promenade of Alexandria. Before we got to the hotel itself, our head of delegation, minister Burg, announced that we, the Israelis, were not going to enter a hotel called Palestine.

One must remember that, at the time, the tenor of relations between Israel and the Palestine Liberation Organisation (PLO), widely recognised internationally as the representative of the Palestinians, was one of loathing.

Begin’s government specifically and the government of Israel in general had for many years refused any contact with PLO representatives, and it would be more than another decade before Israel and the PLO, in 1993, would formally recognise each other (in the Oslo Accords).

This was the backdrop as we stood there, embarrassed, at one end of the Corniche and waited for the Egyptians to find us another hotel. The name and location did not matter, just so long as it wasn’t the Hotel Palestine. We hadn’t very long to wait; another hotel was found, also at the seaside: the Hotel San Stefano.

Alas, however, unlike the luxurious and modern Hotel Palestine, the San Stefano (at that time) was old and its level of service wretched. “We are going there!” ordered Burg. The journalists, and most of his delegation, too, were bitterly against it. How could we work under such pitiful conditions?

This Hotel San Stefano in Cairo was owned, or managed, by a Christian church. It was named after St Stephen (St Etienne), the first martyred saint of early Christianity, a young man who was stoned to death by Jews near what is now known as St Stephen’s Church in the Old City of Jerusalem – next to what Europeans call St Stephen’s Gate (in Arabic, Gate of the Tribes; in Hebrew, Lions' Gate).

So then we had a fabulous idea: a few of us journalists went to Dr Burg, an observant Orthodox Jew and leader of the National Religious Party back home, and told him: in this Hotel San Stefano, every corner has a statue of Jesus; are you, as an observant Jew, prepared to lodge here in the shadow of the Cross (as it were)? Jewish history is full of persecutions and murders perpetrated by Christians against Jews over the centuries: all the atrocities of the Inquisition, the Crusades, the Holocaust during the Second World War. All that took place in Christian countries. What have the Palestinians done to us, really, compared to all that?

Burg considered the question in all seriousness. In a radio interview once he had noted that his father, a Torah-observant Jew in Dresden, Germany, on his way from home to office, would take a longer route to avoid a major residential street so as not to pass near a large church and have to see the huge cross on its roof.

Burg told us that he would call prime minister Begin and ask him whether, despite everything, we should return to the Hotel Palestine. Exactly what was said during that conversation between Burg and Begin is unknown to us. In any event, a short time later he came back and told us: We are staying at the San Stefano. Why? His reply was couched as a quote from Jewish tradition: “New troubles make us forget old ones.” More explicitly, the message was: Our current troubles with the Palestinians have forced us to forget about old, historical, past troubles with Christians.

I recount this story from 40 years ago at some length because politicians often tend to make use of lessons learned from past events in order to justify what they are doing now. This may be truer of Israeli leaders than most others – the Israeli politician loves to employ a particular kind of sophistry drawing on events from Jewish history when attempting to paint as legitimate some controversial, usually highly dubious, step they are taking in the present.

The Holocaust of the mid-20th century, during which a third of the Jewish people was wiped out, took place in Christian Europe. This terrible event is typically used, in speeches by Israelis aligned with what is generally known as the right wing, to warn us against Islam. Menachem Begin, if not the first, was the first to employ this rhetoric in its emphatic mode.

During the First Lebanon War, in 1982, he explained that the Israeli army had to go into Beirut to do away with Yasser Arafat who was sitting there in a bunker, just as the Allied forces during the Second World War had gone into Berlin to do away with Hitler in his bunker. Once Begin even said that the alternative to a war in Lebanon was that we would end up with Treblinka – in other words, annihilation, no less.

Western countries, especially in America and Europe, have in recent years been visited by a massive wave of hatred for Islam and Arabs. This is well known. And one figure who repeatedly makes use of this fact is the prime minister of Israel, Benjamin Netanyahu. In a speech in the Knesset in 2012, he declared that the Palestinian leader from the British Mandate period in Israel, Haj Amin al-Husseini, was one of the leading architects of the Holocaust.

Netanyahu subsequently repeated a story along those lines for a wider audience, stating that Hitler, who met Haj Amin al-Husseini in Berlin in November of 1941, had merely wanted to expel the Jews from Europe, and that it had been Haj Amin, the Palestinian, who urged him to carry out the extermination of the Jews.

The most conspicuous collaborators with the German Nazis were not Arabs, but rather European leaders, nearly all of them Christians

Not a few historians were up in arms at this distortion. Haj Amin indeed spent time in Italy and Germany during the war; what propelled him into the arms of the Germans was his determined struggle against British rule in Palestine. With him in Germany were other Arabs: Rashid Ali al-Kilani of Iraq and Fawzi al-Qawuqji of Lebanon. But the most conspicuous collaborators with the German Nazis were not Arabs, but rather European leaders, nearly all of them Christians. In all of conquered Europe – in France, in Belgium, in Holland, and certainly in Eastern Europe - the Germans were aided by the local people.

Recently the Polish government has attempted to pass a law minimising the role of Poles in the Holocaust, provoking some seriously angry responses, mainly in Israel. All the scholars of the Holocaust have recounted innumerable examples of Poles aiding in the murder of Jews. But not just Poles; also Ukrainians, Lithuanians, Hungarians… Throughout occupied Europe, in fact, there were collaborators who assisted in the murder of Jews.

And outside Europe, too. In South Africa, in Ireland, and even in India, there were not a few individuals and groups who saw Britain as the enemy and, in that context, became supporters of Nazi Germany. There was even a marginal episode in the Jewish population of Eretz Yisrael in which people in the small underground movement known as the Lehi (a Hebrew acronym for “Israel Freedom Fighters”) sent emissaries to talk with the Nazis in Germany in an attempt to cooperate with them against the British regime.

Anyone wanting to promote understanding and peace between Israel and the Palestinians, and with Arabs and the Middle East in general, must focus on an historical truth which is the obverse of what Israeli spokespersons attempt to convey today. This truth can be summarised in one sentence: Auschwitz was not in Baghdad, nor in Damascus, nor in Teheran; Auschwitz was in Christian Europe.

Moreover, in the Arab and Muslim East, for over a thousand years, there was tolerance toward Jews. When King Ferdinand and Queen Isabella of Christian Spain expelled the Jews at the end of the 15th century, the shelter extended to them more fully than anywhere else was offered by the Muslim Ottoman Empire.

History books in Turkey tell of the invitation, extended by Sultan Bayezid II, to 150,000 Jews after their expulsion from Spain to come to his country. He even ridiculed King Ferdinand, declaring that by expelling the Jews, “the king of Spain is making his country poor and making my country rich”.

In a perhaps exaggerated article, Israeli-British historian Avi Shlaim explained recently what happened to the Jews of Baghdad, where he was born. He wrote that the Jewish community had existed there for perhaps 2,500 years, and that its destruction was effected by the Zionist Movement which, with Britain’s Balfour Declaration, provoked Arab enmity and finally caused the Jewish community’s exodus from Iraq.

Another and perhaps even more worrying example: the continual attempts by Israel’s prime minister and his ministerial colleagues to present the rulers of Iran as anti-Semites and oppressors of Jews. The Iranian regime today is bitterly hostile to Zionism and the state of Israel, but not toward Jews. In zealously Shia Iran, there is a Jewish community of 20,000 who live relatively comfortably, with their own institutions. This Jewish community in Iran is rarely even mentioned in Israel.

From my own experience of teaching in a university, I repeatedly discover how surprised Israeli students are to learn that there is a Jewish community living peacefully in Tehran. I try to emphasise for these students how important it is for us to arrive at an understanding with the Palestinians. Such an understanding, based on the Arab League peace proposal, for example, would be the best way to remove almost entirely the threat posed by Iran. 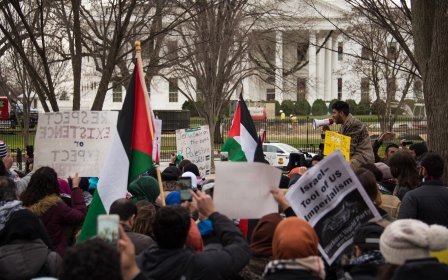 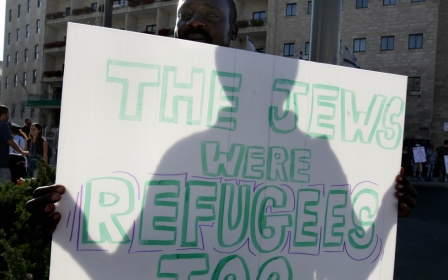 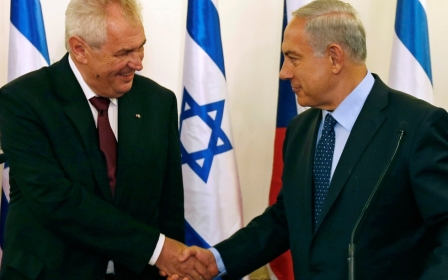