Gideon Levy
At Europe's largest Palestinian event, there was scathing criticism of Israel's occupation but without manifestations of antisemitism 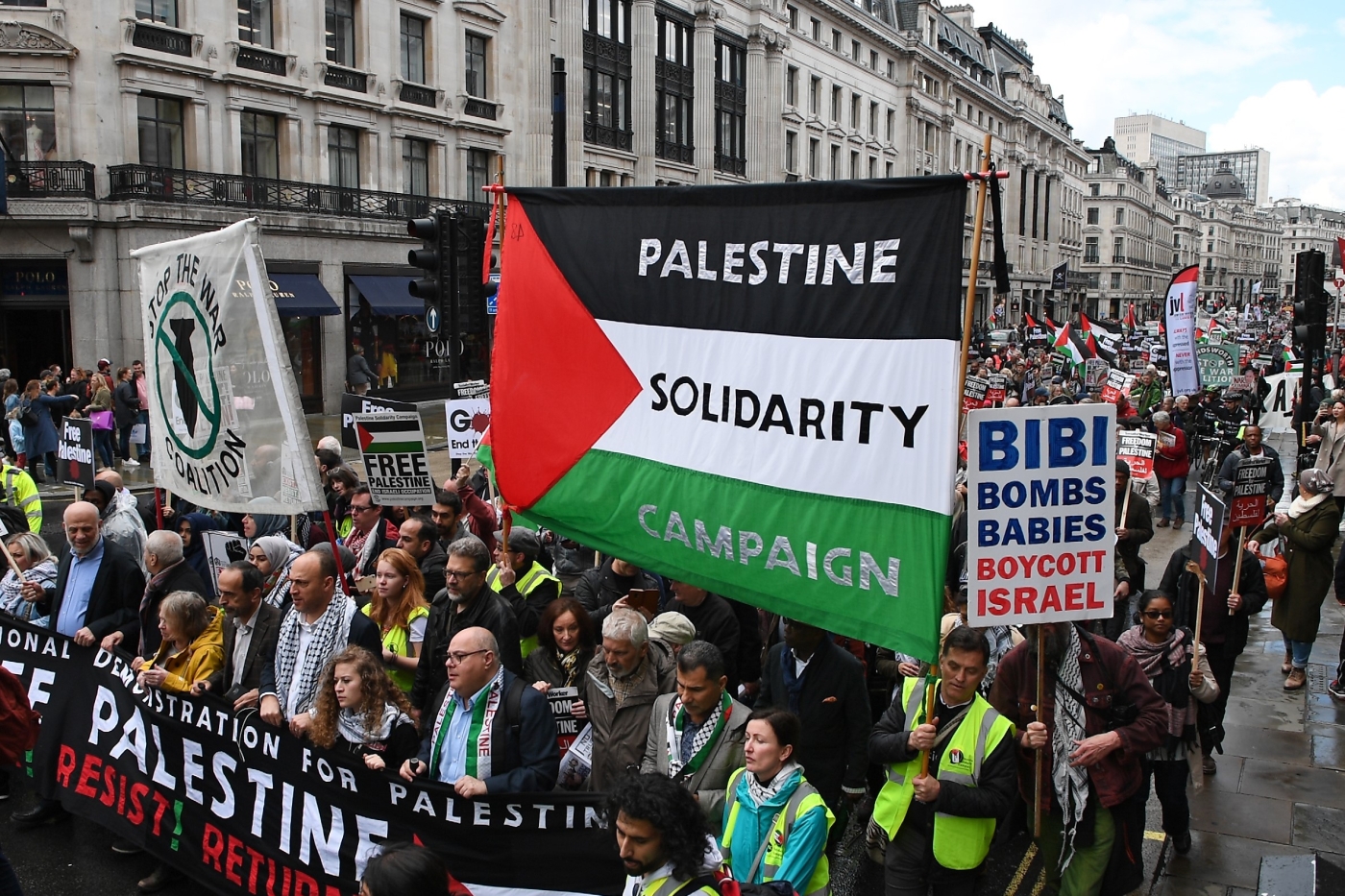 The entrance to the venue amazed me. I am not accustomed to this kind of audience. I’m not used to such a warm welcome nor to events of this magnitude. Generally I lecture to American or European students, academics, and activists, or to Arabs, mainly Palestinian exiles.

At the Olympia London in the city’s southwest, the scene I beheld early in July was different: thousands of Britons and others, mostly Muslim. A large model of Al-Aqsa Mosque and a smaller one of Gaza’s Shifa Hospital, an exhibition of equipment banned by Israel from entering Gaza, vendor stalls, activities for children.

A colourful, noisy, lively tableau made me welcome right at the entrance – a scene peopled by countless excited young volunteers in Palestine-themed black t-shirts along with thousands of visitors, young and old, women and men, all brimming with enthusiasm.

Welcome to Palestine Expo, the largest Palestinian event in Europe. Welcome to a surprising breath of fresh air.

Two fascinating days at this expo, packed with experiences.

Even as the Palestinian issue seems to be gradually fading from the agenda of mainstream public opinion in the West, worn down by the futility of hope; despite the brainwashing in Israel that conflates Hamas, Hezbollah, Al-Qaeda and Islamic State group (IS) as identical, and despite the rising Islamophobia, I saw just the opposite during these two days: a tremendous interest in Palestine and genuine concern for its people, and determination to actively aid the Palestinians.

There was a scathing and bitter criticism of the occupation and its dispossession, abuse, humiliation, crimes, violations of international law – but without manifestations of antisemitism. Proving once again that it is possible (and necessary) to criticise Israel and even to act against it without being antisemitic.

Two figures I met there tell the story best: Ismail Patel, chairman of the Friends of Al-Aqsa, which organised the event, and Chief Zwelivelile Mandela, a member of the South African parliament and a key speaker at the exhibition. Patel is a Malawian-born Muslim of Indian origin who grew up in Britain.

One visit to Palestine changed his life: he became an activist for Palestinian rights. He is an impressive, authoritative, soft-spoken man. He organises these events from a deep commitment to the Palestinian issue.

Mandela is a larger-than-life figure: Nelson Mandela’s first grandson, he accompanied him during much of his global travel and today lives in his village, Qunu, and keeps faith with his grandfather’s legacy.

In Israel, as in the West, some people still argue vainly over whether Israel is an apartheid state or not

He is completely committed to the Palestinian cause, guided by Nelson Mandela’s teachings, including this one from 1995: “Our struggle will not be complete without freedom for the Palestinian people.”

"We, all of us, who have experienced the brutality of South African apartheid – this [in Israel] is the worst form of apartheid we have witnessed.” His operative conclusion was also unequivocal: “We have a moral duty to boycott Israel because of its apartheid regime against the Palestinians.”

Could it be said with any greater clarity? Can we also brand the grandson of the greatest statesman and freedom fighter of the 20th century, the companion who was shaped by his influence and follows his path, as an antisemite? Zwelivelile Mandela’s words and the fascinating meetings with him will remain with me for a long time.

One conference does not tell the whole story, of course, and we must not harbour false expectations.

This gathering reminds us that another reality exists. It reminds us that the spirit of the struggle has not disappeared from Europe. That Palestine remains in the hearts of many. But we mustn’t delude ourselves: the struggle for justice and freedom for Palestinians is now at a nadir.

Palestinians are divided, bleeding from the wounds of the occupation and lacking leadership; Gaza is under a siege that defies credibility and has no end in sight; the West Bank is under a slightly more convenient occupation; US President Donald Trump is giving the occupation its strongest backing ever; and, with not a few right-wing governments supporting the occupation uninhibitedly, and Israel stronger than ever – the struggle is in a bad shape. The inflection point in the international discourse between the two-state solution, whose time is apparently gone forever, and the one-state alternative, the only remaining solution, was evident in all the conference deliberations. Most, if not all, of the speakers explicitly supported the one-state solution. Most are not motivated by a desire to destroy Israel, as Israeli propaganda warns and as most Israelis claim.

Rather, they understand that only in the framework of one state can relative justice be achieved and most of the problems redressed. Most of the speakers also supported the only currently effective mode of action available in Western civil societies: BDS.

My two days at Olympia London were enjoyable and interesting. For two days in London it was possible to speak of hope, however faint and far away.