Who are the real terrorists in this war on Gaza?

Ahmad Moussa
Throughout this conflict, ‘terror, terror and more terror’ has come courtesy of the state of Israel, not Hamas As Israel withdraws its troops from the Gaza Strip to “defensive positions” outside the Palestinian territory at the start of a 72-hour ceasefire, which was agreed on Tuesday, the region has a chance to assess the damage of 29 days of hostilities. So far, according to health officials in Gaza, the conflict has claimed more than 1,800 Palestinian lives. Israeli casualties include 64 soldiers as well as three civilians hit by rocket fire and a Thai worker.

In better accordance with international humanitarian law or the law related to armed conflict, the majority of the casualties inflicted by Hamas are combatants, as opposed to the extreme violations of the laws of war by Israel, where the majority of the mass casualties inflicted by Israel are innocent civilians, mostly women and children. Plus there has been indiscriminate targeting by Israel of the overall civilian infrastructure, such as hospitals, power plants and schools. Given these statistics, along with the recent developments in Latin America whereby Israel's status is being recognised as a terrorist state, and keeping in mind the omnipotent nature of the military, financial and political power imbalance of the state of Israel in relation to the Palestinians; some have the chutzpah to continue to perceive Hamas and the Palestinians as terrorists through the xenophobic lens of Zionism. With that being said, the purpose of this piece is to provide an understanding of Hamas within the three-fold framework of media, terrorism and insurgency.

In terms of media, the dominant and mainstream western and Zionist-narrated media demonstrates and dictates to the world openly or subliminally that Israel is defending itself from rocket attacks and tunnels from Hamas. Israel is portrayed as a victim, a peaceful and loving nation surrounded by over 20 Arab states who are inherently hostile and antisemitic. Israel describes Hamas as terrorists to justify and legalise torture of Palestinians under the guise of public and national security purposes.

Furthermore, the narrative paints a picture that Israel has tried to be peaceful with the Palestinians all along through negotiations. Palestinians are viewed as a non-distinct people that are somehow invading Israel. The Palestinians fail to acknowledge that Israel has provided some of them with “citizenship rights” in the country and better living conditions than those in the refugee camps in neighbouring Arab countries. Instead, as Ariel Sharon once put it, the only thing that Palestinians have given in return to this peaceful and loving nation is "Terror, terror and more terror".

This brings us to the next aspect of understanding Hamas within this context; from the media to the terrorism context. Israel's foundation as a state was through antisemitic terrorism via the works of the stern gangs of Irgun and Hagana that executed the ethnic cleansing of Semites - the Palestinians - also known as the Nakba in a fourfold plan in 1948 known as Plan Aleph, Plan Bet, Plan Gimel and Plan Dalet, respectively. Notwithstanding the ethnic cleansing that occurred, these plans included massacres such as Deir Yassin as well as systemic incidents of mass rapes of the population. The executors of these plans became the absorbed core of what is known today as the Israel Defence Forces, the ones who are engaging in Operation Protective Edge and bombing the blockaded enclaves of Semites in the Gaza Strip into smithereens today. The internally displaced Palestinians who make up 20 percent of Israel’s total population today, also known as the “forgotten Palestinians” were and continue to be used by the state of Israel to portray to the world that Israel is a democracy and not an ethnocracy at the expense of the said Palestinians identity living as second- or third-class citizens. The Nakba or the ethnic cleansing has not ended; it continues through different measures that are bureaucratic and military in nature, such as Operation Protective Edge, to attempt to rid the Palestinians out of the land incrementally. In addition to the continuous terrorising of the Palestinians via a never ending Nakba campaign, Israel exports its terrorism through its arms trade, production of military equipment such as drones, surveillance and death technology and, most importantly, funding and training governments worldwide in terrorism expertise and suppression of local and brethren indigenous populations.

Therefore “the terror, terror and more terror” is in actuality provided courtesy of Israel. This brings us to the final aspect in understanding Hamas in this context and that is insurgency. Hamas is a social movement that was born out of the first intifada or uprising. Like many social movements their foundation was formed within an educational setting, the Islamic University of Gaza. The movement built hospitals, schools, orphanages and other civilian benefits for their own people. The popularity of Hamas emerged after the Palestinian Liberation Organisation, also known as Fatah or the Palestinian Authority, had started to become a co-opted, corrupt leadership appeasing the interests of the state of Israel in facilitating and enabling the continued Nakba of the Palestinians, as opposed to liberating them.

The legitimacy of Hamas was demonstrated through their sweeping democratic election win in 2006; monitored and confirmed by the Carter foundation.

That legitimacy has been confirmed during Operation Protective Edge. Hamas represents the dignity and justice of the Palestinians, standing up to the absence of justice and the rule of law in relation to state terrorism; meaning a full blown insurgency on all fronts. Insurgency will only be null and void upon the self-reflection and self-actualisation of the state of Israel; something a terrorist state is incapable of doing without it stemming from their own citizens.

- Ahmad Moussa is a visiting professor at the University of Duhok, in the Kurdistan region of Iraq. He is a  scholar of Indigenous and Middle Eastern issues. He is also a human rights activist with a Master of Arts in International Law and Human Rights. Moussa is currently involved in research for a Doctoral Degree in War Studies. 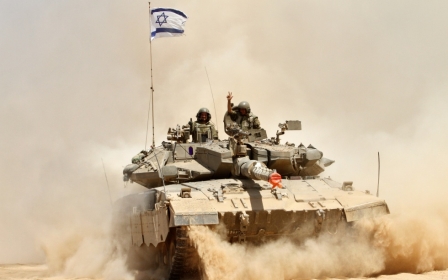