Why did the Banksy cross the road?

Charles B. Anthony
Banksy tricks us with the cult of celebrity into believing he is the star attraction, when in reality it is actually Gaza 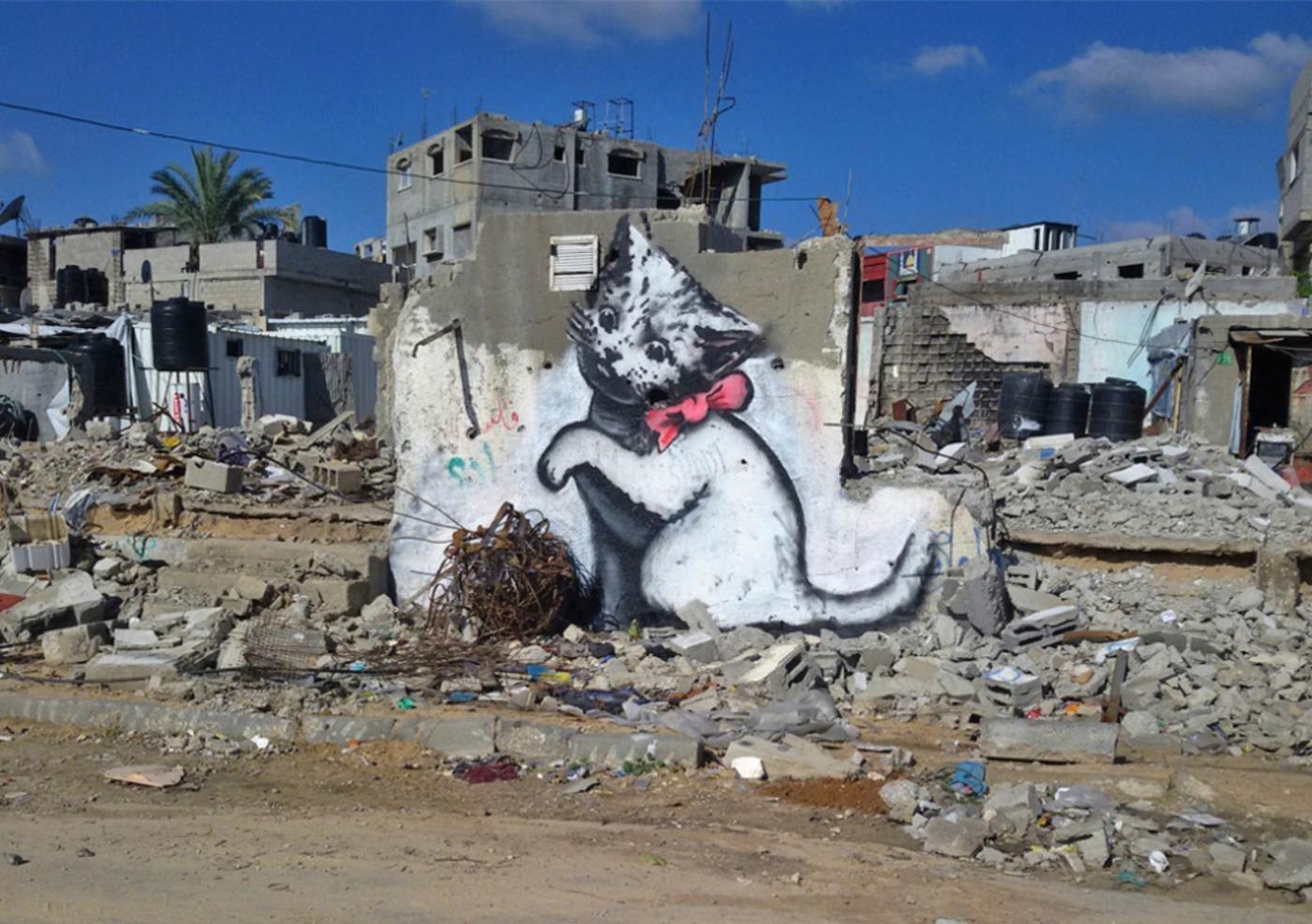 The views expressed in this article belong to the author and do not necessarily reflect the editorial policy of Middle East Eye.
Photo: A graffiti by Banksy on a destroyed part of Beit Hanoun, a city north of the Gaza Strip (www.banksy.co.uk) Religion
If Islamic State terror is not Islam, why is Israeli war not Judaism?
Charles B. Anthony