Why the Gulf crisis caught Moscow off guard

Yury Barmin and Leonid Issaev
Mohammed bin Salman proved useful for Russian-Saudi investment deals, but his elevation to crown prince, paired with the Qatar crisis, signals unwelcome changes in the balance of Gulf power for Moscow 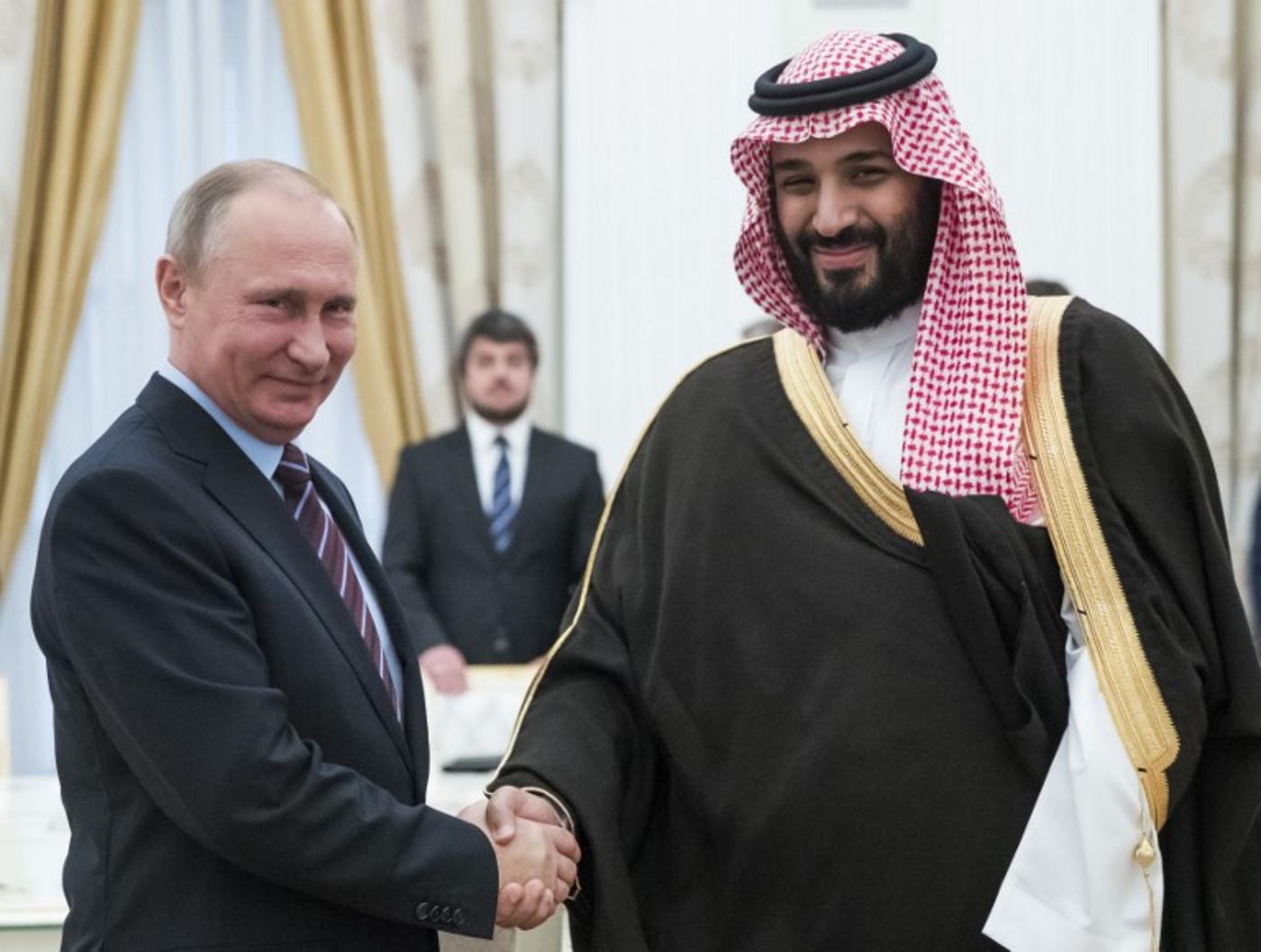 The recent royal shake-up in Saudi Arabia and the diplomatic crisis in the GCC that looks set to deteriorate in the coming weeks have made waves far beyond the Gulf.

Policymakers in Moscow are watching these developments with anxiety: just like everyone else, they are struggling to get a grasp of how these swift changes in the Gulf – a remarkable island of stability in the post-Arab Spring world - will play out.

For the past two years, Mohammed bin Salman has been the only person from 'the ruling triad' in the kingdom, with whom Russia negotiated at the highest level

Russia’s relations with the Gulf monarchies, specifically with Qatar and Saudi Arabia, have been turbulent since the collapse of the Soviet Union. First, Moscow explicitly accused them of sponsoring rebels in the North Caucuses and struggled to contain the ties of Russia’s Muslim republics with the Gulf monarchies – an increasing challenge as Russia’s financial situation declined.

Later, by fighting alongside the Assad government in the Syrian conflict - and against Gulf-supported rebel forces, the Kremlin risked alienating the Sunni monarchies.

More recently, however, the Kremlin embarked on a strategy to compartmentalise its relations with the Gulf and shift the focus from toxic political issues to trade and investment, hoping to make up for the financial losses it has suffered in Europe.

This diversification yielded lucrative investment deals and energy cooperation, but now it risks dragging Russia into inter-GCC tensions, something the Kremlin would like to avoid. In this context, the statement of the UAE Ambassador to Russia, Omar Ghobash, late last month about the possibility of “imposing conditions” on GCC trade partners to choose between Qatar and the rest of the bloc alarmed Moscow.

Presently, there is no certainty in the Kremlin that King Salman’s royal shake-up will find support among the sheiks of the kingdom.

The probability that Mohammed bin Salman’s is deposed after the death of King Salman is still high, especially if the transition happens soon. The new heir will still have to defend his right to the throne during the recalibration of Saudi elites once his father dies.

The lack of confidence in the outcome of the succession shake-up in Saudi Arabia probably explains why Russian officials have stayed quiet on the issue and have not released official statements congratulating Mohammed bin Salman on his new position.

The Qatar crisis may have been a smokescreen for the tectonic shifts in Saudi Arabia, but the Kremlin is not convinced that these changes are completed. Similarly, Russia’s lack of reaction to Mohammed bin Salman’s promotion may be a sign that Russia does not believe that his leadership position has been firmly secured.

For the past two years, Mohammed bin Salman has been the only person from “the ruling triad” in the kingdom with whom Russia negotiated at the highest level. The Kremlin has enjoyed a fairly pragmatic relationship with the new crown prince who was informally put in charge of the kingdom’s ties with Moscow in 2015.

On many issues, the Kremlin managed to achieve notable progress in Russian-Saudi relations with him. Despite harsh disagreements over Syria, the two managed to marginalise political clashes and focus on constructive cooperation in energy and finance.

And it was on Mohammed bin Salman’s watch that Moscow and Riyadh reached an oil deal that helped stabilise the global oil glut that was taking a toll on their economies at a time when both countries are involved in expensive wars.

His regular trips to Moscow have given observers a sense that Riyadh is ready to upgrade the level of its interaction with Russia by proposing lucrative investment deals and teasing the Kremlin with potential arms purchasing contracts. The newly appointed crown prince has essentially acted as a substitute for his father in meetings with Vladimir Putin who rarely meets officials below the head of state, speaking volumes about how the Kremlin perceives Mohammed bin Salman.

Despite this progress – and while it is clear that Moscow has had little doubt that Mohammed bin Salman would eventually become the crown prince - his swift rise to power carries certain risks for Moscow as well.

By virtue of his age and lack of experience, he belongs to the category of politicians who are inclined to take harsh and adventurous decisions, of which the Qatar crisis and the Saudi military operation in Yemen are graphic examples. Arguably, both of these campaigns were expected to create the right conditions for Mohammed bin Salman’s ascension to the throne and create an image of a skilled future leader.

But his adventurous foreign policy is the opposite of Russian policy in the Middle East which is highly pragmatic - and neither of the crown prince’s "initiatives" find support in Moscow.

While the Russian leadership is ready to turn a blind eye to the humanitarian catastrophe in Yemen caused by Riyadh’s military operation, the Qatar crisis clearly does not meet Russia’s interests.

The Kremlin is interested in the existence of a status quo in the GCC in which there is no clear leader and states balance each other. Russia sees merit in maintaining this balance of power and preventing the emergence of just one pole of influence led by an inexperienced hothead in Riyadh.

But for Russia, the recent diplomatic crisis is as an attempt to disrupt the existing status quo and create a new one in which Riyadh becomes a regional hegemon. This is the reason why the Russian leadership sympathises with Doha and was willing to play along with Qatar’s publicity stunt by engaging in a flurry of diplomatic interactions with Qatari officials while almost entirely avoiding contact with their Saudi counterparts.

The rise of Mohammed bin Salman marks the emergence of the next generation of Saudi leaders that aims to consolidate power around the kingdom and is unconcerned with increasing confrontation.

The increasing militarisation of Saudi Arabia, which has become the third largest defence spender in the world, bears significant risks for the wider region and raises fears over potential military confrontation between Saudi Arabia and Iran, something Moscow would not want to see.

While the Kremlin finds Mohammed bin Salman to be a convenient interlocutor on issues of mutual economic interest, sensitive contexts, such as Syria and Iran, prove to be significantly more challenging.

In this regard, the steps taken by the Saudi leadership to loosen the situation in the Gulf and aggravate the conflict with Qatar seriously violate the balance of power beneficial for Moscow, creating serious risks to its interests in the region.

Despite Russia’s frustration with Riyadh's political course, it will maintain neutrality in this conflict, at least publicly, fearing backlash, and take a "wait and see" approach towards the Gulf rift, sensing that the final outcome is far from determined.

- Yury Barmin is an expert at the Russian International Affairs Council covering the Middle East and North Africa, Moscow’s policy towards the region as well as the conflict in Syria. Leonid Issaev is a senior lecturer at the Department for Political Science at the National Research University Higher School of Economics and senior research fellow at the Institute for African Studies at the Centre for Civilisation and Regional Studies at the Russian Academy of Sciences.

Photo: Russian President Vladimir Putin shakes hands with Saudi Deputy Crown Prince and Defence Minister Mohammed bin Salman during a meeting at the Kremlin in Moscow on 30 May 2017 (AFP) Gulf Tensions
Arab monarchies and the illusion of stability