Why Iran’s Islamic Republic has not collapsed

Shahir Shahidsaless
Why, despite intensive efforts by internal and external forces, hasn’t the Iranian system collapsed? There are five explanations 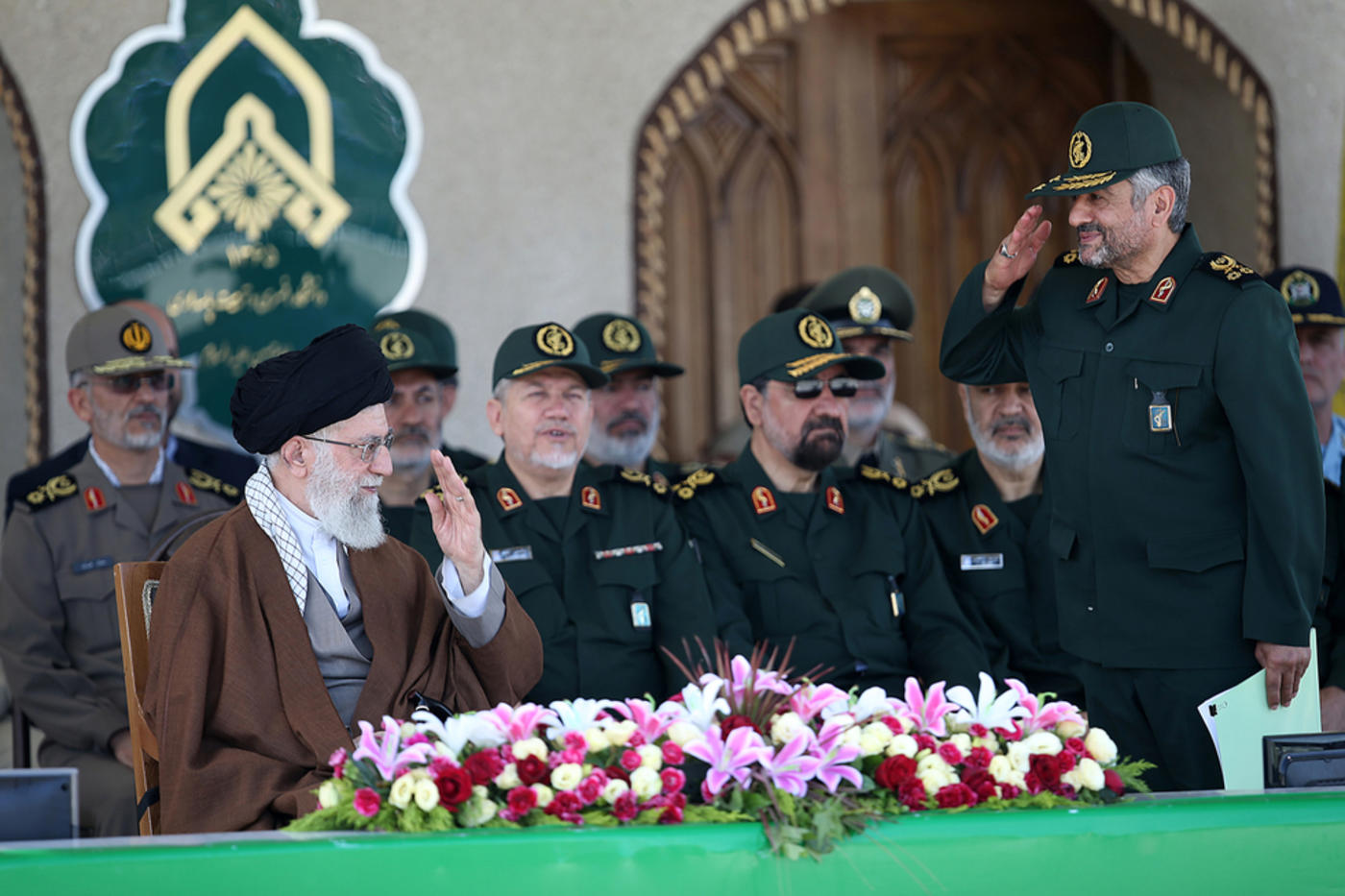 Since its inception in 1979, the Islamic Republic’s nezam (establishment) has without interruption faced internal and external threats, some of them existential. These threats have included an eight-year war during the Iraqi invasion, Kurdish armed insurgency, coup plots - the government barely escaped the Nojeh coup in 1980 - massive popular uprisings and foreign subversive efforts.

The 1979 seizure of the American embassy in Tehran and the emergence of the hostage crisis prompted the United States’ doctrine of “regime change” toward Iran. To that end, the US relied on a combination of, among other policies, supporting Iraq during perhaps the bloodiest Middle East war of the 20th century, subversion policies, draconian sanctions, covert operations and support of militant groups. Some aspects of sanctions imposed on Iran were unprecedented in modern history.

In order to incite internal opposition in Iran, the New York Times reported that the US would support and finance “Iranian exile networks in and out of Iran and an exile radio station that broadcast propaganda about Iran's government”.

Domestically, the Iranian government has faced armed struggles by militant and ethnic groups - primarily the Kurds - and two major popular uprisings, one in 1999 and the other in 2009. The latter, which marked the emergence of the civil Green Movement, was considered by Mohammad Ali (Aziz) Jafari, the commander of the Islamic Revolutionary Guard Corps (IRGC), “a threat way more dangerous than the eight-year war”.

In the aftermath of the 2009 upheavals, then Secretary of State Hillary Clinton said: “Behind the scenes, we were doing a lot… We were doing a lot to really empower the protestors without getting in the way.”

So why then, despite intensive efforts by internal and external forces, hasn’t the system collapsed? There are five explanations.

The opposition assert that repression, intimidation and harsh prison sentences have maintained the system. As a glaring example they refer to the forceful suppression of the 2009 mass demonstrations. Many were arrested and received long jail sentences, and the two leaders of the movement have been under house arrest since 2010.

Against this theory, some point to the Shah regime, which was toppled by the 1979 revolution, and the East European communist regimes, both of which used similar tactics yet could not quash revolts. Each of them used brute force but nevertheless fell. Yet this has not happened in Iran. So there must be other factors involved in holding the system up, they argue.

Second: Lack of any popular alternative

In the last 37 years, no opposition leader or political current that has sought to overthrow the regime, either inside or outside of Iran, has gained significant popularity among the opposition within Iran. Charisma, of course, is a major factor that none of the opposition leaders benefited from. But more importantly, they all sought to mobilise people against the government by calling for freedom and social and political liberties.

Ayatollah Khomeini, the leader of the Iranian revolution, mobilised the masses by focusing on social justice and by defending the barefooted, the mostazafin. Yes, “freedom” was one of the central slogans of the Iranian revolution, but not the only one. For better or worse, masses viewed the “Islamic” system as a system that would fulfill every aspect of social justice in its broad meaning, including economic. Central to Ayatollah Khomeini’s discourse was defending kookh’neshinan (those who live in very poor accommodations) against kakh’neshinan (those who live in palaces).

The calls for social and political freedom can absorb the middle- and upper-middle class urbanites, but these classes are hardly prepared to make dangerous and enduring sacrifices, especially when their opponents are ready to use brute force and are prepared to make sacrifices for their religious beliefs.

As an example, the Green Movement failed to make economic demands, suggesting that its social base was the middle- and upper-middle class. The movement was not seeking justice for the disadvantaged and the poor. Such a movement can only go so far.

The Iranian regime has been able to thwart foreign dominance. This was one of the major fronts of a quarrel between the former Shah of Iran and the opposition, who argued that the Shah was an American puppet. Some among the modern opposition resort to conspiracy theories to reject this characteristic of the Iranian establishment, but none have presented convincing evidence in support of their claims nor have they been able to explain the reason behind the imposition of crippling sanctions on Iran by the United States.

Elections in Iran appear as a mechanism for the populace to impose their will against the establishment’s, despite the obvious restrictions such as the vetting of candidates by the Guardian Council. The elections of 1997 and 2013 are glaring examples. Against all predictions by Western experts, two moderates, Mohammad Khatami and Hassan Rouhani, were elected in a landslide victory.

What preserves the staying power of the system is its grassroots supporters, the conservative Shias. No transparent polling is available to provide an accurate figure of those who are opposed to the regime and those who support it. However, after the 2009 disputed elections that resulted in the victory of Mahmoud Ahmadinejad, who at the time represented the conservative camp, Ken Ballen, the president of Terror Free Tomorrow: The Center for Public Opinion, which studies attitudes toward extremism, and Patrick Doherty, of the New America Foundation, wrote in the Washington Post: “While Western news reports from Tehran in the days leading up to the voting portrayed an Iranian public enthusiastic about Ahmadinejad's principal opponent, Mir Hossein Mousavi, our scientific sampling from across all 30 of Iran's provinces showed Ahmadinejad well ahead.”

Regardless of which camp has the majority, the reality is that Iranian society is fragmented between the forces of tradition (conservatives) and modernity (liberal Muslims and secularists). It is also a reality that both factions are large and cannot be ignored. The conservatives support the system wholeheartedly and consistently, partly because of their religious beliefs and partly because they enjoy advantages that their opponents do not. They are considered khodi, or insider, by the system, while the rest are considered nakhodi, or outsider. These social forces are present at all levels of society from governmental offices, to schools, to universities, to industrial complexes.

In the case of any upheaval by their opposing camp, they, especially the youth vigilante groups, counter by using force as well as large demonstrations. They obviously have the support of the security apparatus, the IRGC and the police. This force is the main element in the staying power of the Islamic Republic.

Simply put, the role of Islam in the mobilisation of the people in Iran should not be underestimated. As a testament to this fact, this video of Ashura, a solemn day of mourning the martyrdom of Imam Hussein, Shias’ third Imam, in 680 AD, shows mourning across the country in 2013.

Photo: A handout picture released by the official website of the Centre for Preserving and Publishing the Works of Iran's supreme leader Ayatollah Ali Khamenei shows him (L) gesturing to Iran's Revolutionary Guards commander General Mohammad Ali Jafari (R) during a visit to the Imam Hussein Military College in Tehran on 20 May, 2015 (AFP/HO/KHAMENEI.IR).