Why ‘national security’ is a fallacy

Ian Sanjay Patel
From the UK to Saudi Arabia, states are using this term to justify a clampdown on political dissent 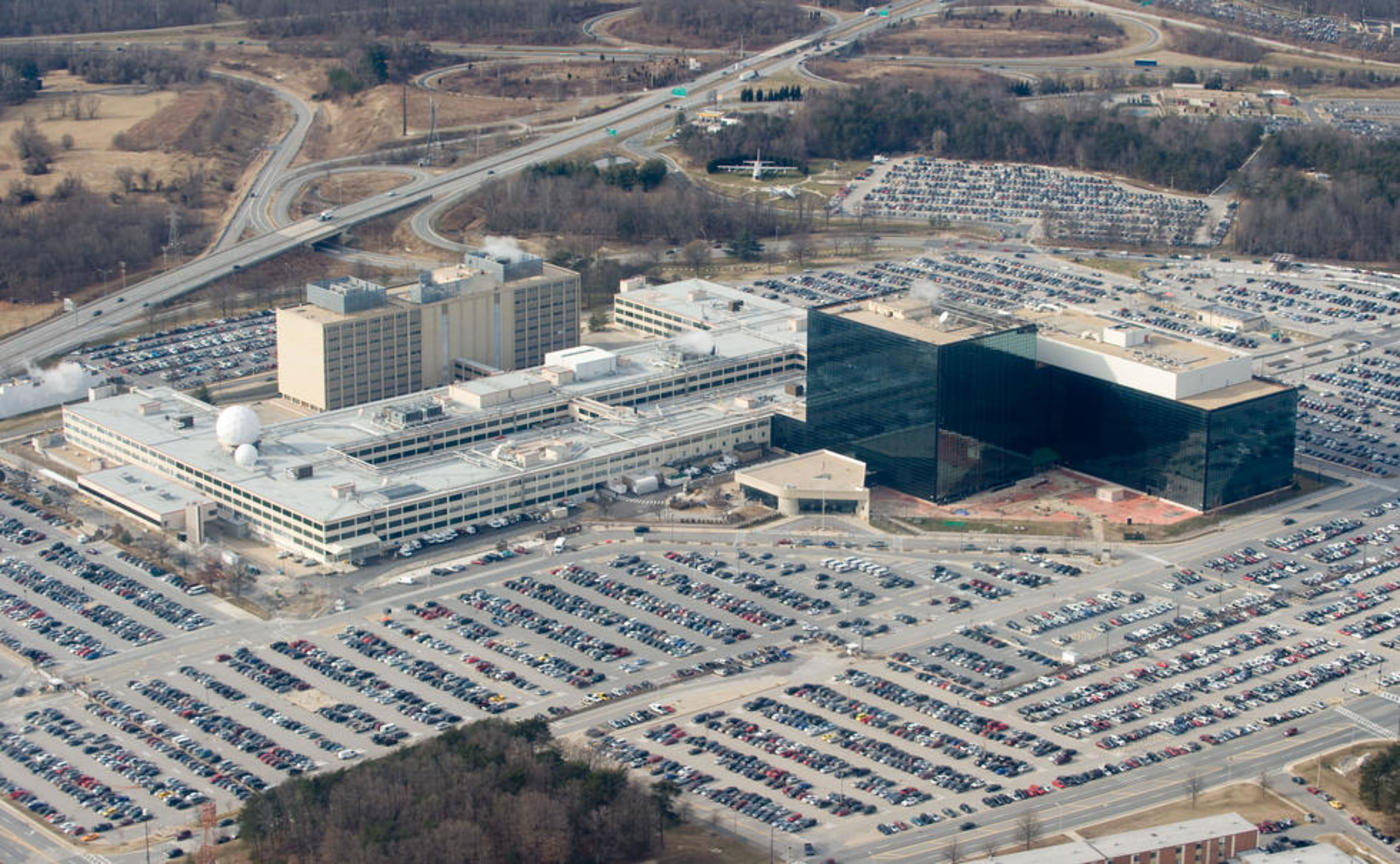 Despite the expiration of a Section of the US Patriot Act on 1 June, the ongoing influence and legacy of the Act continues to be felt around the world. Following 2001, dozens of countries in Asia, Africa, Latin America and Europe drafted counterterrorism laws in its image. As I write this, controversial new counterterrorism legislation - criticised for its arbitrary fault line between terrorism and political dissent - has been passed or is now being considered in Saudi Arabia, Kenya and the UK.

UK government guidance on its Counterterrorism and Security Act, which came into force in February this year, refers to “extremist organisations” and “extremist ideology” with a deliberate vagueness that is characteristic of the “war on terror”. The Act - without sufficiently defining terrorism and insinuating itself into a vast number of public spheres in the process - imposes a “prevent duty” on professionals working in schools, universities and the health care system to “prevent people from being drawn into terrorism”. The marshalling of public sector workers in order to monitor individuals - effectively on the basis of their race, religion or political dissent - is a legislative reflection of Prime Minister David Cameron’s conviction that the UK has “for too long [been] a passively tolerant society, saying to our citizens: as long as you obey the law, we will leave you alone. This government will conclusively turn the page on this failed approach.”

Challenged on the United Nations’ own vague definition of terrorism, Navi Pillay (then UN High Commissioner for Human Rights) admitted in 2013 that “the lack of a clear definition of terrorism means that it’s open to abuse … all kinds of activities, depending on the way a state authority sees the situation, [then] comes under this wide net of terrorism … The [UK’s] definition is overbroad and has too wide a reach.”

As we all know, state responses to perceived terrorist threats are justified in terms of “national security”. The concept of national security is not new. It has long provided nation-states with a cogent argument by which to rationalise enhanced uses of executive power. Because it tends to be conflated with national sovereignty itself, “national security” is invoked to override existing constitutional arrangements, and to grant the executive a mandate for measures that might otherwise be considered coercive and unaccountable. National security measures have always been used by liberal states, and were commonplace among western states during colonial rule. The “war on terror” has however firmly restated and globalised the overriding rationality of national security, with implications for social and political life as a whole.

If national security is not new, it operates today with a newly confident rationality. Despite this, civil society activists from many parts of the world have struggled against the debilitating effects of national security on individuals, communities, and on social and political life generally. State reactions to such activism mean that the avenues for civil society activism in many parts of today’s world of globalised security are, as we shall see, being carefully closed off.

In her work on the “national security state,” Corinna Mullin has delineated its central features, including “a centralization of power in the hands of the executive, the militarization of various aspects of life, and racialised policing and intelligence practises as a means of social and political control”. In such circumstances, public and legislative institutions (though designed to hold state actions to account) are overwhelmed by, or become an instrument of an enhanced executive.

A prominent example of the impact of national security exemptions can be found in Tunisia in the 1990s. Citing a threat to the nation, Zine El Abidine Ben Ali introduced a repressive law regarding freedom of association, effectively ensuring that a majority of active or would-be political opponents were criminalised. Ben Ali’s amendments to the Law on Associations in 1992 meant that any would-be association had to officially declare and register itself according to government-defined categories and had to admit government informers as members. This blanket criminalisation was followed by punitive campaigns of state repression, devastating grassroots Islamic activism and imposing severe restrictions on leftist movements, labour unionism and human rights groups. Activists who risked operation outside state control saw their bank accounts frozen and their families harassed, in addition to the daily threat to themselves of surveillance, arrest and torture by security services. After 2001, Ben Ali - alongside fellow North African leader, Hosni Mubarak - was able to justify his repression of political dissent as “assistance” in the “war on terror,” often with explicit backing from the European Union and the US.

The suffocation and securitization of political dissent in Tunisia was one of the grievances to which Tunisians referred to during the 2010-11 uprisings, which saw Ben Ali ousted from power. Since then Tunisia has enacted a range of political reforms, including the passing of a new constitution in 2013 and Decree Law 88 (2011), which reformed the Ben Ali-era Law on Associations. However, the rationality and practises of Tunisian national security have in certain ways remained unreconstructed. Reacting to attacks on military posts in the Chambi mountains in 2014, Prime Minister Mehdi Jomaa suspended - arbitrarily and disproportionately, according to Human Rights Watch - over 150 associations (including mosques) for their alleged links to “terrorism”. Despite promises to abandon Ben Ali’s repressive Anti-Terror Law of 2003, Tunisian governments since 2011 have failed to alter what is argued to be a mainstay of national security. A 2014 draft of a revised Tunisian Anti-Terror Law was criticised by Human Rights Watch for its “broad and ambiguous definition of terrorist activity that could permit the government to repress a wide range of internationally protected freedoms”.

Although every state has a particular set of historical forces driving its political culture, the global “war on terror” has allowed for a synchronisation between states in their invocation of national security. The UN Security Council created a global architecture for counterterrorism legislation on 28 September 2001, unanimously passing Resolution 1373 (invoking the binding power of Chapter VII of the UN Charter for the first time), which set out renewed obligations for member states regarding the suppression and prevention of terrorism. The Security Council was effectively acting as a world legislator, creating a global security law in which states were bound “to work together urgently to prevent and suppress terrorist acts”. By summoning the concerted action of international institutions (such as the UN), regional bodies (such as the EU and African Union) and a range of partner states, the “war on terror” created a new rationality within the international system.

Drawing from a globalised narrative easily adapted to domestic circumstances, many states in the global north and south censured, criminalised and targeted certain sectors of civil society in the name of the “war on terror”. The “blacklisting,”  “banning” or “proscription” of organisations and individuals for alleged terrorism or support of terrorism has been widespread. To take just two examples, Islamic charities such as the Holy Land Foundation and political movements such as the Kurdistan Workers’ Party (PKK) have been criminalised by the US and UK respectively.

Locally based civil society activists have been at the forefront of exposing the violations of domestic wars on terror. Operating in precarious conditions, activists have sometimes had to pay a high price for their dissent. On various occasions, activists and organisations have been constructed by various states as themselves a threat to national security. Tunisian lawyer Imen Triki, director of the Tunisian human rights organisation Liberty and Equity (founded in 2008 to advocate on behalf of victims of Ben Ali’s repression), was accused in 2013 by Tunisia’s powerful Police Union of  “cover[ing] for terrorists and protect[ing] them”.

Kenyan activist Al-Amin Kimathi, former director of Muslim Human Rights Forum (MHRF), was arrested in 2010 in Uganda, where he had travelled to observe court hearings of Kenyan suspects illegally rendered to Uganda to face charges related to the July 2010 bombings in Kampala. Kimathi spent a year in solitary confinement before he was eventually released without charge. Despite the passing of Kenya’s new constitution, two Kenyan human rights groups based in Mombasa have recently been targeted. Muslims for Human Rights (MUHURI) and Haki Africa are well known for their documentation of extrajudicial killings and enforced disappearances of terrorism suspects by Kenya’s Anti-Terrorism Police Unit. Reacting to the tragic attack on Garissa University in April this year, the Kenyan government added MUHURI and Haki Africa to a list of groups proscribed for their links to terrorism and froze their bank accounts. Despite often advocating simply that their governments remain within international legal standards, civil society activists often find themselves personally targeted by the laws and extrajudicial practices they seek to expose.

Depending on the context, some rationalisations of national security draw from a much older conversation about the constitution of the liberal nation-state. Writing in the second half of the 17th century, the English philosopher John Locke affirmed the state’s “power to act according to discretion, for the public good, without the prescription of law and sometimes even against it”. Special provisions for this “executive power” were necessary, argued French lawyer Montesquieu during the time when the state was “endangered by some secret conspiracy against [it]”.

Before the “war on terror,” in other words, many foundational political and civil freedoms, though protected in various international constitutional treaties, were already subject to special provisions protecting national security.

Only a select number of absolute prohibitions, such as the international ban against torture, are free from the national security clause. For example, freedom of association and assembly, enshrined in Article 22 of the International Covenant on Civil and Political Rights (ICCPR), is considered to be a foundational principle of a modern liberal nation-state - yet, at the same time, it can be legally restricted in the name of “public order” and national security. While liberal constitutional principles suggest that states will enact a careful balance between security and rights, in practice national security regimes often overwhelm checks and balances.

- Ian Sanjay Patel is a writer and academic. He has a PhD from Cambridge University and has held academic posts at the University of East London and King’s College London. His writing has appeared in Al Jazeera, The Guardian, and the New Statesman among other publications.