Dania Akkad
Beyond her involvement in the 2005 Amman bombings, what do we know about Sajida al-Rishawi, and why don't we know more? 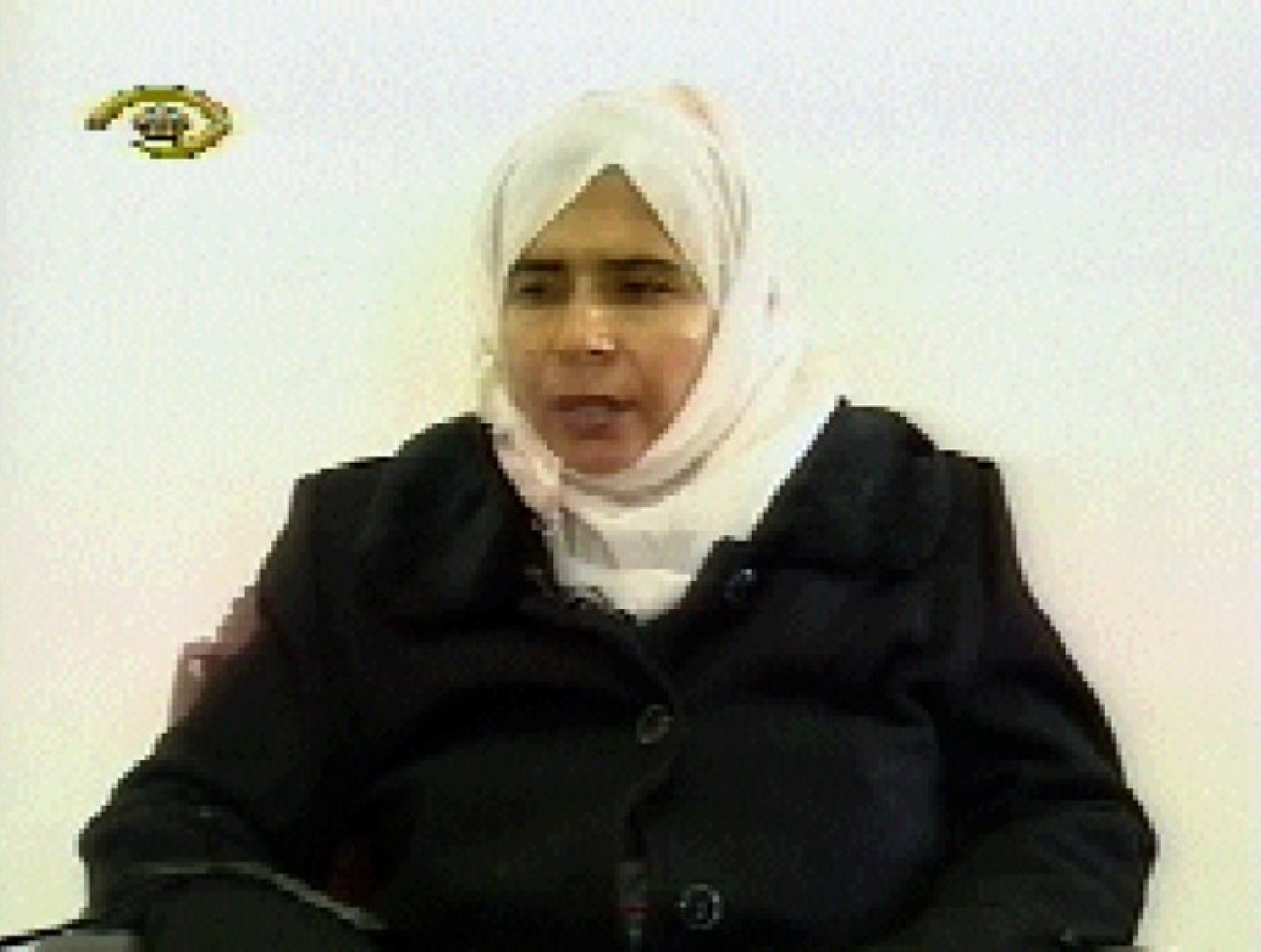 For the first time in years, a Google-alert popped up in my inbox on Sunday morning: Sajida al-Rishawi was back in the news once again.

Best known as the would-be Iraqi bomber whose explosive belt failed to detonate in a Jordanian hotel in November 2005, it appears Sajida may be handed over to the Islamic State group in exchange for a Jordanian military pilot captured in December. In several hours or days, Sajida may be free from death row.

I have followed Sajida for nearly a decade. After all, her apparent accomplices killed my uncle, my cousin and at least 57 others.

I was in a newsroom, 10 hours behind, when it happened. A story came over the wire right around lunch time about a suicide attack in Jordan.

Hours and then days later, we came to realise that the wire was entangled in our reality: by complete chance, my uncle, Moustapha, a well-known producer and director in the Arab world for his films The Message and The Lion of the Desert and, in the western world, for his horror movies, and my cousin, Rima, were in Amman to attend a wedding.

They had just embraced in a hotel lobby when, by all accounts, the coordinated attacks at three separate hotels went off.

With their sudden ending, Sajida entered our lives. She marched, backwards and forwards, opening and reopening her coat to reveal an explosive belt, as CNN played, and replayed, the only clip they had to keep her story alive.

Reports said that she was the sister of an aide to Abu Musab Zarqawi, the Jordanian leader of al-Qaeda in Iraq, and that her brother had been killed by US soldiers in Fallujah the year before.

Days before the attack, Sajida, her husband and two others crossed into Jordan from Iraq, where they lived and rented a flat. On the night of 9 November, they strapped their belts on and took taxis to three different hotels. When Sajida’s belt failed to detonate, the reports said, her husband pushed her to leave before he set his belt off and she ran out into the night with screaming people. She was the same age as my cousin killed in the attack.

At work, a stack of the same few stories and photos of Sajida piled up on my desk. I waited for a story to come over the wire to explain, in her own words, why she had done this, but it never came. And slowly, the story started to fade from the headlines which felt somehow like a second death.

But Sajida wouldn’t leave my thoughts. I dreamt one night that she was the prom queen at my high school in California. She walked by me coldly in the hallway in the same coat and explosive belt, only with a shimmery tiara on top of her hijab. I realised too late that my mouth was filled with gum and she disappeared before I could scream, ‘Why?’

So finally in 2008, I decided to go to Jordan and get the story that had never come. I thought that if I showed up at the right offices and refused to take no for an answer, eventually they would let me talk with her, make eye contact with her, understand deeply the cause and effect that had linked us forever.

I met with her court-appointed lawyer several times, with prison authorities and representative of the Jordanian palace. A big break seemed to come when a public information officer insisted excitedly, over the phone, that we meet - and then took me out for fried chicken. On one desperate day, I walked into the giant US embassy complex and asked a clerk behind a window if he could help me somehow. That was a no. Another day, at a Jordanian secret police office, the man in charge told me pointedly that he knew exactly who I was and, no, I wasn’t going to talk to Sajida.

Different people had different reasons for why we couldn’t talk. At first, it just seemed that I needed to get authority from high up, so it was a matter of moving up a ladder. Then, at some point, it seemed they needed Sajida’s permission for us to talk, so I wrote her a letter. They said they gave it to her and said she rejected my request, but couldn’t provide any documents to prove it. Whatever their explanations, everyone was quick to point out that Sajida was crazy and ignorant, and not worth the effort.

Years later, I can see why the Jordanian authorities didn’t want a reporter to talk to Sajida. After Zarqawi’s repeated, unsuccessful attacks on Jordan, the bombings were an embarrassment for the country’s leadership. And Sajida had gained a profile amongst groups reportedly willing to attack the state and negotiate for her release, people who the Jordanians probably didn’t want to encourage. Perhaps the authorities felt it would have been better for all if Sajida simply faded into the annals of history and became, as the Washington Post described her this week, “an all but forgotten name”.

But I haven’t forgotten Sajida. In Sajida’s one-dimensional, textureless story – in the same four or five paragraphs from 2005 recycled this week that take one day in her life and masquerade them as her biography – we have an example of a fuel that fires these attacks, namely a lack of engagement with would-be and might-be attackers as real, true life humans, for better or for worse.

Do governments learn? In a sharp critique of the UK government’s policy towards British Muslims this Sunday, Baroness Warsi, who quit her role as minister of state for faith and communities in August over the government’s response to the Gaza war, described a culture of non-engagement in which politicians obsessively check “the backgrounds of those on guest lists to Eid events” and may refuse to attend events “where there may ‘possibly’ or ‘potentially’ be a speaker whose views we find unsavoury”. In the past six years, Warsi said the government has “dangerously” narrowed its engagement with Muslim organisations and activists “to a dozen people from a community of more than three million”. And what of France and Belgium? The US?

After 9/11, and 7/7 and the Amman bombings and the Charlie Hebdo attacks, how can  governments still be debating with whom they talk? When we know so clearly that there is no one reason why individuals turn to violence - that it is as personal and specific as the way my uncle liked strawberry tobacco and the perfume my cousin always wore that sometimes passes me briefly in the Tube – why has there not been a line around the block outside a prison in Jordan to talk to Sajida?

When we gloss over the fine details of people like Sajida, when we fail to engage them before we write them off, we not only forfeit an opportunity to understand their motivations; we also give power away – to anonymous suicide bombers, ‘lone wolves’ and a binary narrative that keeps ‘us’ separated from ‘them’, that encourages a cycle of ignorant, expensive and tragic misery.

But beyond these reasons, most simply, I want to talk to Sajida because I still want to know why.

- Dania Akkad is a News Editor at Middle East Eye. She started working as a daily newspaper reporter in 2004 at The Salinas Californian and then at The Monterey Country Herald. In 2008, she moved to Syria and worked as a staff writer for Syria Today before completing a Master's in Near and Middle Eastern Studies with a focus on politics at The School of Oriental and African Studies. Tweets at @daniaakkad.

Photo: A photo of Sajida al-Rishawi on Jordanian TV after the 2005 Amman bombings (AFP/Jordanian TV)