Why Saudi Arabia decided to reclaim its islands from Egypt now 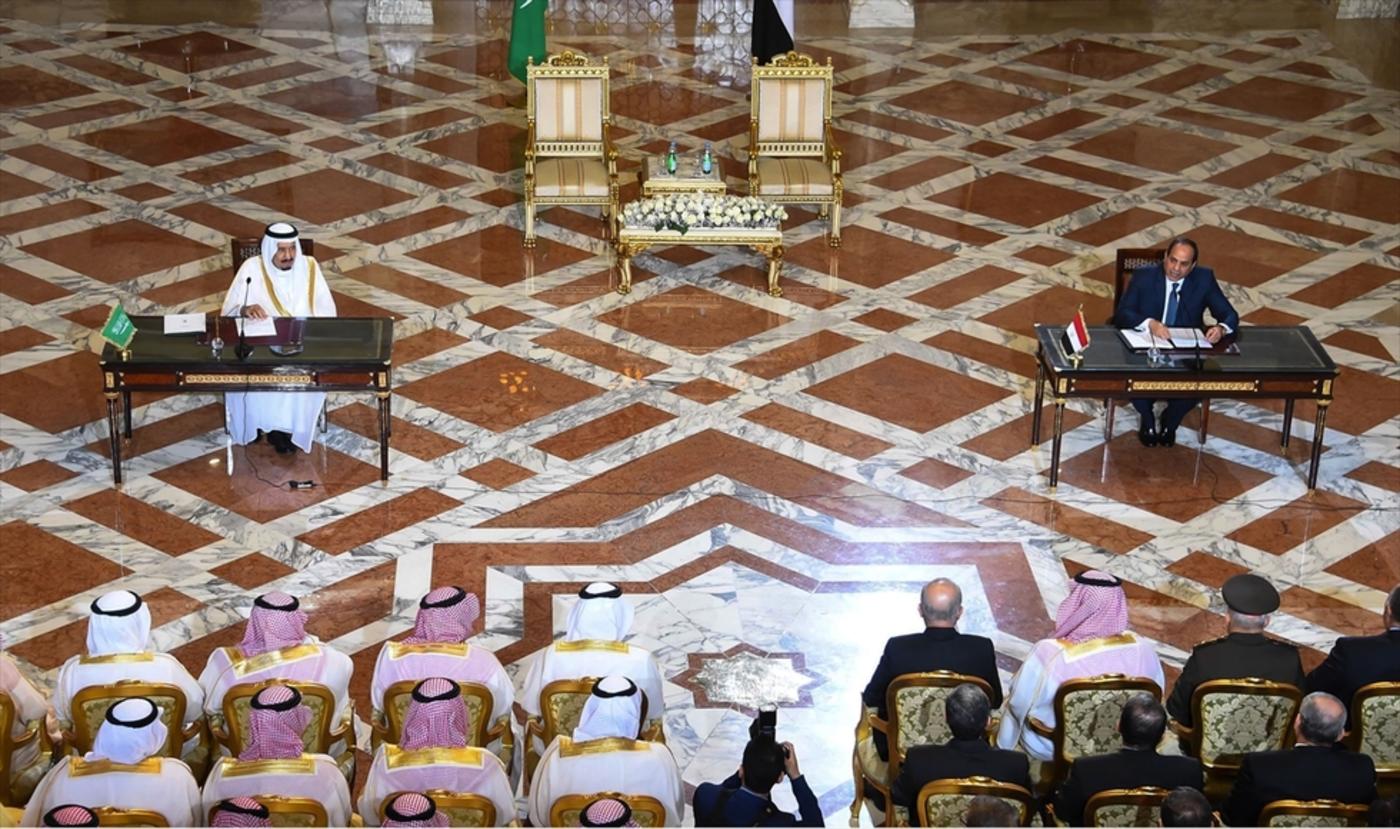 A lot of shock and disgruntlement has been expressed regarding the deal reached between Saudi Arabia’s King Salman and President Abdel Fattah al-Sisi following the king's visit to Egypt.

King Salman's visit ended with him cashing in on years of Saudi funding for the Egyptian state and economy, as well as energy subsidies, and leaving with his father’s old Red Sea islands back under the authority of the Saudi state as well as a final agreement to build the long-discussed but never constructed Saudi-Egypt bridge.

Many Egyptian opposition groups, including the Muslim Brotherhood, have complained that Sisi has unconstitutionally ceded Egyptian territory and done so in exchange for a “fistful of dollars”. Undoubtedly Sisi is acting in his own interests and survival as his country plunges further into chaos and economic hardship. But the fact remains that the islands are historically Saudi, and all that King Salman has done is take back direct control over islands his father already possessed and were a part of his dominion during a time that is still within the king’s own memory.

However, the question remains what the Saudis gain by reclaiming the islands now. To answer that, we must look back to why did Saudi Arabia agreed to the leasing of the Tiran and Sanafir islands to the Egyptians in the 1950s. This was likely in a bid to detach itself from direct responsibility for the Palestinian cause.

After all, by not being in a position of conflict with Israel by possessing two islands that control Israel’s only access to the Red Sea, no one could criticise a lack of Saudi action against the “Zionist entity,” or so Saudi diplomatic logic probably dictated.

Saudi could thus distance itself from the Arab-Israeli conflict as well as lay any blame for the loss of the islands firmly at Egypt’s door, which they of course did on two occasions, the last of which was in 1967 when Egypt fumbled the ball of Arab nationalism spectacularly during the Six Day War.

Today, the situation is different. Saudi Arabia sees itself under a bigger threat. The reason for reclaiming the islands now lies in Washington and in the halls of power of Saudi Arabia’s antagonistic regional rival across the Arabian Gulf to the east – Iran.

By being so utterly ineffectual and flaccid on matters of the utmost geostrategic importance, such as the war in Syria and Iranian expansionism, the United States has demonstrated to its Saudi ally that it is no longer interested in protecting its interests.

Quite apart from the disaster that Washington left on Saudi’s northern borders in Iraq, the Obama administration has shown reluctance to decisively deal with issues of regional stability and has led Saudi Arabia to accurately conclude that Iran’s ambitions will remain unchecked by a war-weary America who would rather cut deals with the mullahs. It is also part of the reason Saudi decided to unleash a decisive storm against the Houthi militia in Yemen.

Thus, and in order to preserve its existence, it is obvious Saudi Arabia has to act in its own interests. Just as Iran possesses the islands of Lesser Tunb, Greater Tunb and Abu Musa (Emirati territory illegally occupied by Iran since the days of the Shah) and regularly threatens the closure of the Straits of Hormuz in the Arabian Gulf, the islands of Tiran and Sanafir are key to projecting power into the northern reaches of the Red Sea, particularly shipping routes through Suez.

Although this is unlikely to happen right now due to Israeli fears, Saudi Arabia has already reopened Iraqi-built pipelines to the Red Sea that it may expand in order to mitigate the threat of the stranglehold Iran has on Hormuz, where a fifth of the world’s energy passes. It is also doing its utmost to prevent Iranian clients such as the Houthis from controlling Yemen and threatening access to the Gulf of Aden to the south. Saudi Arabia’s move should therefore be seen as an insurance policy to diversify its export and trade routes.

Finally, and as a furtherance of King Salman’s repeated statements calling for greater Arab unity in the face of shared threats, the King Salman Causeway, as it will be known, will pass over the islands and connect the Sinai with the Arabian Peninsula, thus bridging Africa and Asia and providing for a land route that bypasses the historical route that traverses the Levant.

Saudi Arabia is not only seeking to increase its economic ties with the Egyptians, a million of whom already live and work in Saudi Arabia, but it also probably sees this bridge as a way of connecting the Arabian Maghreb with the Mashriq. Apart from the obvious benefits of having such a land route for the annual Hajj pilgrims, there will be increased trade and commercial opportunities across both sides of the bridge, the idea being that with increased economic interdependence comes increased cooperation.

Allies would then be less likely to renege on deals with each other as it would negatively impact their economies.

Pragmatically for the Saudis, they are also now in a position to pressure their poorer Egyptian partner to toe the line when it comes to their initiatives, particularly military alliances. Whereas before the Saudis would simply pour money into the corrupt Egyptian black hole without any tangible benefit, they now have agreements in place that will give them much-needed leverage to co-opt Sisi into committing Egyptian manpower to Saudi strategic efforts, as in Yemen for example.

Only time will tell whether or not this leverage will be enough to buy Sisi’s cooperation outright, or whether he will be demanding more and more from his wealthier Arab brothers.