Why the US military opposed new combat roles in Iraq 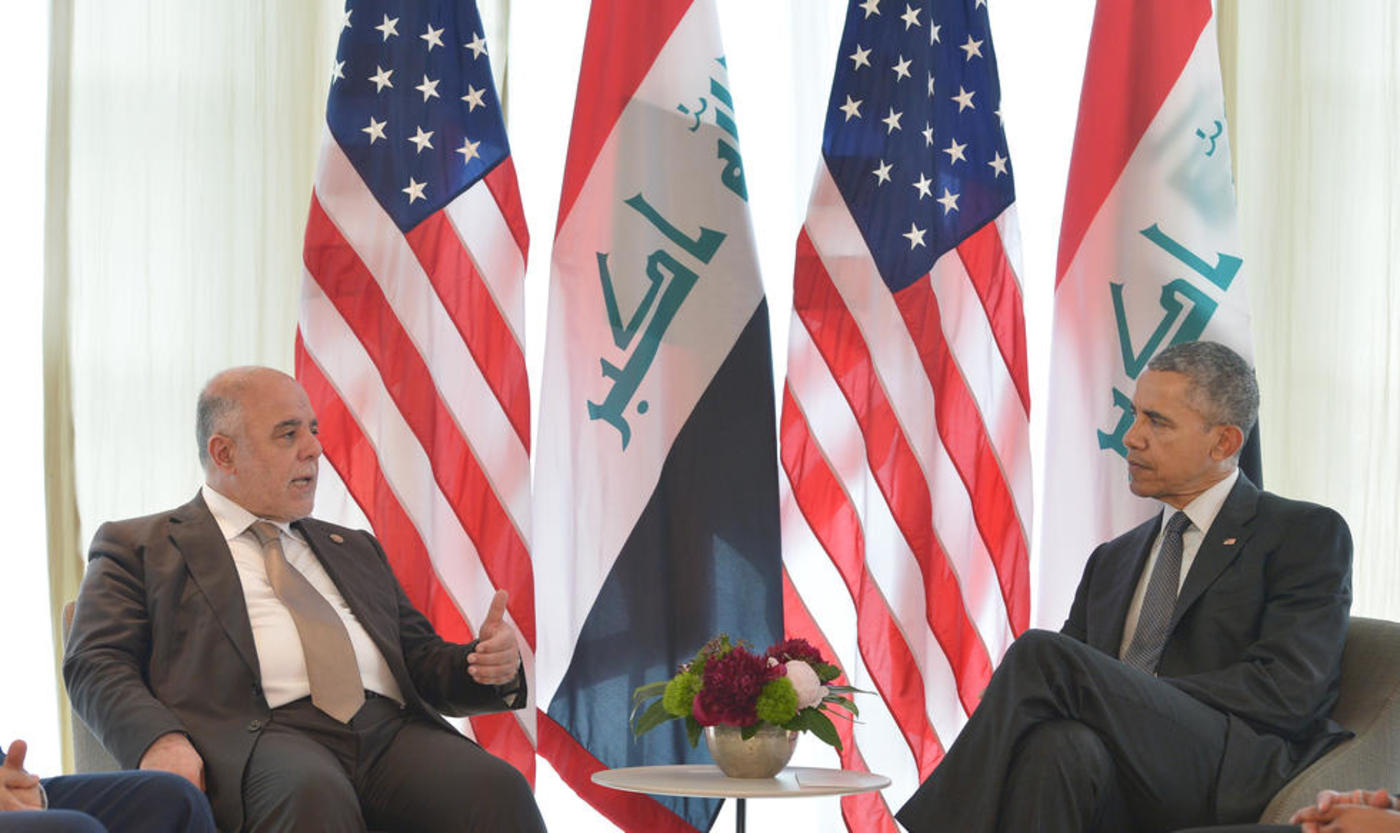 The story published in the Washington Post on 13 June shows how the US military service chiefs - who make decisions on war policy in light of their own institutional interests - prefer an inconclusive war with IS and existing constraints on US involvement, to one with even the most US limited combat role.

The resistance of top US military officials to deepening US military involvement in the war against IS came in the wake of a major policy debate within the Obama administration following the collapse of Iraqi military resistance in Ramadi.

In that debate, senior State Department officials reportedly supported the option of putting US advisers into Iraqi combat units to direct airstrikes on IS positions and sending US Apache attack helicopters into urban combat situations. But the chairman of the Joint Chiefs of Staff, Martin Dempsey, joined top military commanders in opposing that option, the Post story recounted. Dempsey was said to have concluded that the potential gains from such an escalation were not worth the costs in terms of possible US combat losses.

The result of that internal debate was that Obama sent 450 more advisers to Iraq, but only to bases removed from the IS combat zone.

Although President Barack Obama was reported to be keeping future options open, the constraints on the US military effort appear to reflect an alignment between the White House and the US military establishment against a US ground combat role in the battle against IS.

Obama’s concern to prevent the war against IS from involving US ground combat troops was clear from the outset. The White House appeared to be guarding against pressure for a combat role by suggesting that Islamic State is a “deeply-rooted organisation” and thus could not be defeated through US military action.

And even after domestic political pressures for a major military action developed with the IS beheading of two Americans, Obama sought to avoid calling the US airstrikes against IS “war,” choosing instead to call them a “counter-terrorism strategy”.

Like many other observers, when the US began its bombing campaign against Islamic State targets last August, I was certain that the bombing wouldn’t have any decisive effect on the IS forces, and feared that the logic of escalation that had operated in the failed wars in Vietnam, Iraq and Afghanistan would also apply to the war against IS.

But the US military does not view every war in the same way. The military’s position in regard to a given proposal for war is based on a set of calculations that may be crude but do follow a certain logic. Military leaders are neither disinterested servants of the commander in chief, as portrayed in the official mythology, nor agents of corporate business seeking control over the world’s resources, as the left has traditionally viewed them.

Since the modern US national security state emerged early in the Cold War, the posture of the US Army, Air Force, Navy and Marine Corps toward different proposals for the use of military force has been shaped primarily by their views of the anticipated effect on their primary interests, which are the preservation and advancement of their own institutions.

The interests in question are both material and psychological. They need to ensure that they obtain enough budgetary resources to maintain the health of those institutions, and they need to feel that their roles and missions are still regarded as important.

The differences between how the US military services make decisions about war and how corporations make business decisions are obvious, but they are similar in one fundamental respect: like corporate businessmen deciding whether to invest in a new product line or expand existing operations, the military services chiefs also make calculations about the gains and costs of a new military engagement to their own institutions and to the military as a whole.

The gains and costs in question are mediated by political conditions. The anticipated gains from a proposal for war may include increased defence spending in general or for particular military missions. A less tangible expected gain would be to impress upon public opinion the important role of one of the services.

The calculation of potential losses in a proposed military engagement is focused on casualties to US troops. But the cost of those casualties depends on the political climate in the United States, which is in turn related to the actual course of the war in question. So the military leadership may view large numbers of casualties as tolerable in an early stage of one war but not tolerable at all in the context of a different war.

The military service chiefs recall how public opposition to the Vietnam War shaped the climate of opinion toward major war for more than 15 years in the 1970s and 1980s. They also remember vividly how public support for both the Iraq and Afghanistan Wars eventually evaporated, and they have known that the US public now has little tolerance for the commitment of ground forces in any war. But they believe that they still have enough political support to continue airstrikes against terrorists.

The question the military leaders have asked themselves is whether giving US troops and pilots more dangerous roles in the war against IS in Iraq is likely to generate more political support or have the opposite effect. Their pessimism on that question is based on the knowledge that such an escalation won’t help defeat IS. As a senior Pentagon official told the Post: “We have become very sensitive to the idea that we don’t want to risk lives and limbs if there isn’t a high probability of a payoff.”

The air war in Iraq and Syria is evidently expected to continue indefinitely. But the fact that the US is intervening militarily in an openly sectarian conflict without being able to affect the outcome is a fundamental political problem that is bound to come back to haunt the Obama administration and the US military.

Photo: Iraq's Prime Minister Haider Al-Abadi (L) speaks during a bilateral meeting with US President Barack Obama on the sidelines of the G7 Summit at the Schloss Elmau castle resort in southern Germany on June 8, 2015. (AFP)