Will Trump 'wag the dog' with Syria, again?

Ibrahim al-Marashi
Last year Trump attacked Syria at a time when he was facing a domestic crisis, a conundrum he also faces now 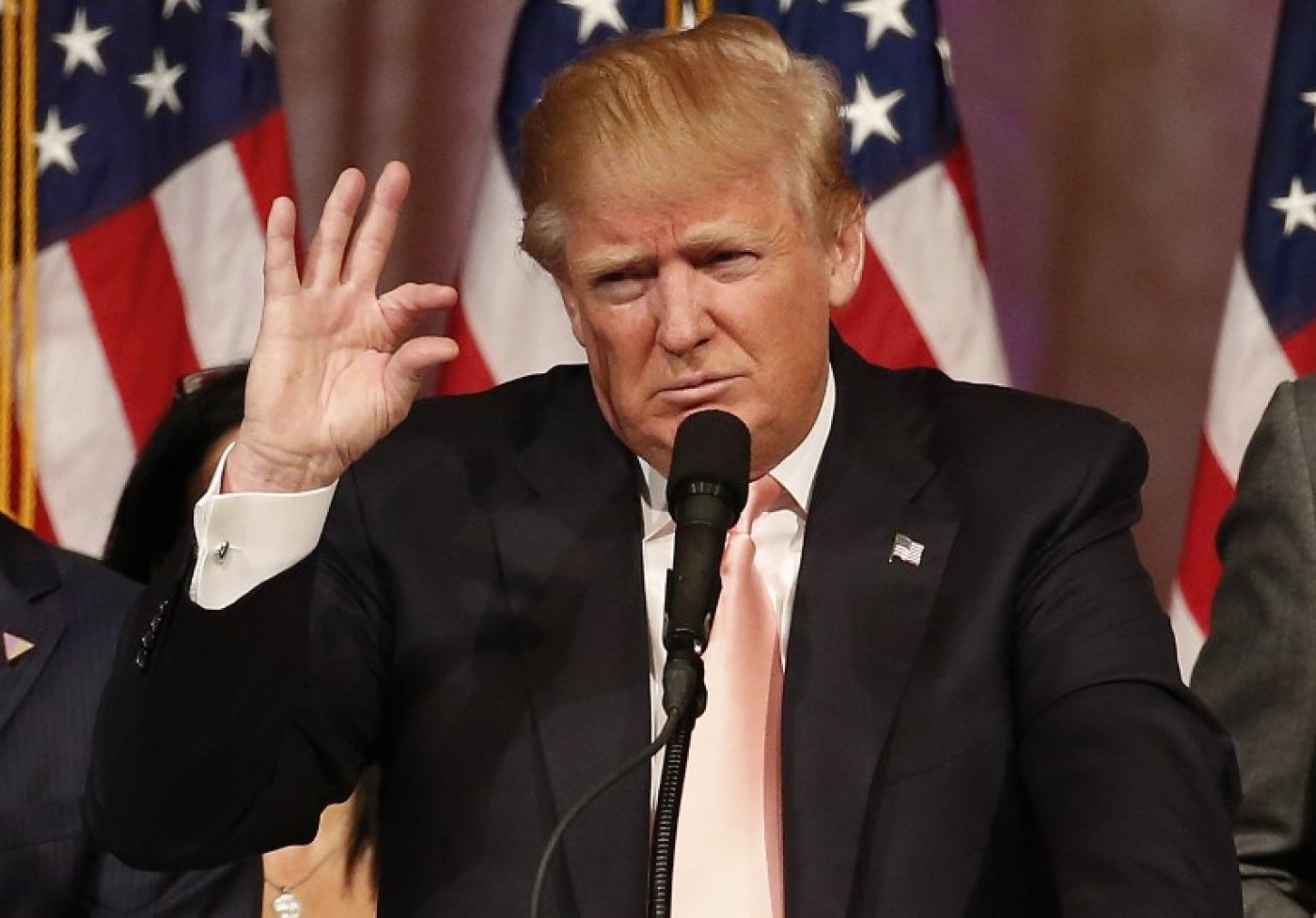 Exactly a year ago, on 7 April, US President Donald Trump launched 59 Tomahawk cruise missiles at a Syrian air force base in the Homs province, the purported site where the nerve agent sarin was loaded onto aircraft that attacked a village in the rebel-held Idlib province.

Trump's decision came at a time when he was facing domestic turmoil, and provided a convenient distraction. Now Trump is facing another domestic crisis as FBI agents raided the home of his personal lawyer, Michael D Cohen, in the early morning of 9 April.

Will he react in the same manner following reports of chlorine gas being used in the rebel-held area of Douma, east of Damascus? Media commentators such MSNBC host Chris Matthews have already suggested he may "wag the dog" by ordering a strike against Syria.

Regardless of whether he follows through with a military attack or not, Trump’s sabre rattling against Syria provides a convenient distraction from his domestic political woes.

In response to the events in Syria, Trump said on Monday: "We're making a decision as to what we do with respect to the horrible attack that was made near Damascus, and it will be met and it will be met forcefully." On the following day, he described the FBI's raid on his lawyer's home as an "attack on our country in a true sense".

His use of the word "attack" to describe two events, one domestic, the other international, reveals his conflation of these crises, particularly as he articulated these sentiments as he began a meeting with American military officials to discuss responses to the chemical attack.

Regardless of his decision to attack Syria or not, his use of language is indicative of a mindset on a war footing, whether it be in Syria or against organs of the US government itself. In December 2016 there were predictions that Trump would attempt to "wag the dog", or use a foreign crisis to distract domestic audiences and unite the nation behind him.

"Wag the Dog" had entered the political lexicon based on a 1993 novel and later film that preceded actual events that seemed eerily similar, when a fictional American president concocts an attack on Albania to distract from an affair with a "Firefly girl". President Bill Clinton had authorised a cruise missile strike against al-Qaeda sites in Sudan and Afghanistan on 20 August 1998.

The fact that they were launched three days after Clinton testified on the Monica Lewinsky scandal led to speculation in the media and by opposition legislators that the president had ordered the attacks as a diversion, and thus the term "wag the dog" has been employed since.

The target in Sudan, the al-Shifa plant, was allegedly a chemical weapons facility, when in fact it was a pharmaceuticals factory, but that information came out much later. Rather, the attacks were a way for Clinton to demonstrate to domestic constituencies that he had retaliated for al-Qaeda's earlier bombings of US embassies in Kenya and Tanzania.

The 2017 strike served a domestic agenda, showing that Trump would act against Russian interests, at a time when he was viewed as Vladimir Putin's puppet. In 2018, he has also blamed Russia for enabling Assad, ostensibly trying to prove again he is not beholden to Moscow.

There are already echoes in Trump's behaviour of last year's attack. In April 2017 and now Trump has blamed the Syrian state's use of chemical weapons on his predecessor President Obama's failing to follow through on his "red line" threat to attack Syria in 2013.

However, the use of chemical weapons in Syria can also be blamed on Trump’s strike, which was more symbolic than actually having a military impact on the conflict. I argued in 2017 those attacks would do little to change Syrian President Bashar al-Assad’s behaviour.

Trump's possible action in Syria, and his ulterior motives, is a testament to how volatile Washington politics has become in the Trump era

Trump’s attack was not to destroy military targets per se, such as the Syrian aircraft or airfields. Advance warning had been given to Russia, which in turn informed the Syrians that the missiles would be launched, and the facility was evacuated beforehand. The message sent from that attack is that chemical weapons could be deployed on the battlefield with little consequences.

The 2017 attacks were not only a distraction from domestic crises, but were timed with a meeting Trump held in Florida with China’s leaders over North Korea, demonstrating that he was not averse to using military force when it came to WMDs, whether chemical in Syria, or nuclear in the North Korean case.

As the Trump administration mulls entering talks with North Korea, another American military strike would ostensibly strengthen America's hand going into such a process.

The scenarios that could unfold in the next few days remain of a speculative nature, but Trump has already articulated that he will respond to Syria, Iran, and Russia. For him to back down and do nothing might give the appearance of weakness.

While this would be an opportune time for Trump to act militarily in relationship to his domestic crisis, he might be so consumed by it that he will lose focus on Syria.

What is US endgame in Syria?
Samer Abboud
Read More »

If he does strike militarily, a cruise missile strike would be the most politically expedient response, as sending manned aircraft to target sites in Syria would risk the downing of an American pilot. The only difference might be in increasing the numbers of cruise missiles launched from last year's 59 to a higher volley, to symbolise taking a more determined stance this time.

However, it is unlikely that a site with Russian personnel would be targeted, as it might repeat the tense scenario when US aircraft targeted Russian mercenaries in February.

The Washington Post's Jonathan Capehart responded to Matthew's "wag the dog" scenario adding that "it can possibly happen".

Their questions over Trump's possible action in Syria, and his ulterior motives for doing so, are a testament to how volatile Washington politics has become in the Trump era, where an American domestic scandal involving a porn-star, talks with North Korea, and the Syrian civil war have all become conflated.