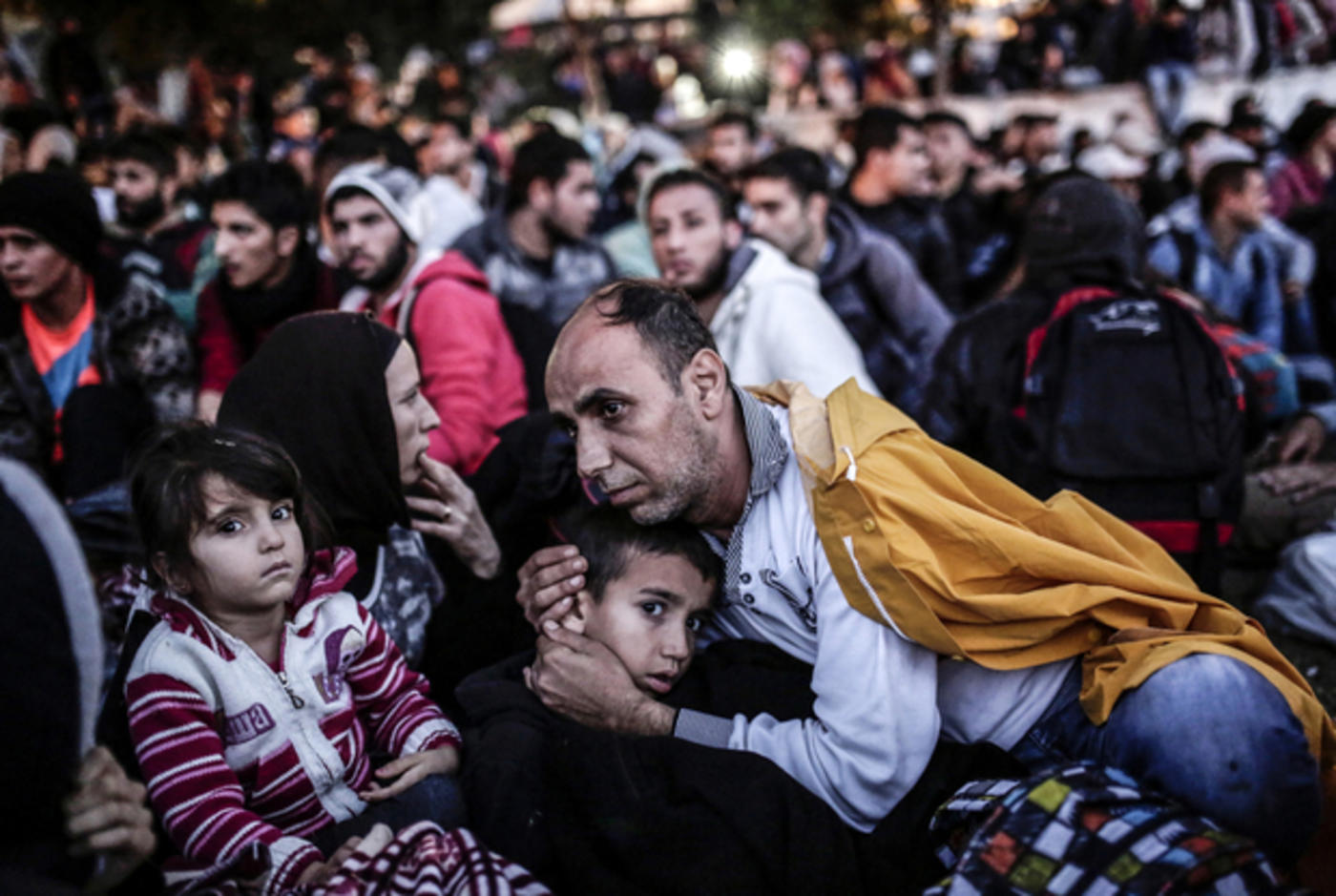 In a fairy-tale setting, global superpowers would personify a pack of wolves dressed up as little red riding hood’s grandmother.

Their disguise was on full display at the UN summit for migrants and refugees last month as the international community stood up to announce their liberal platitudes to the millions uprooted by war.

If the record number of refugees is any indication, then the UN Security Council is doing a terrible job

They even managed to make various commitments to mitigate the largest refugee crisis in modern history, all the while glistening their teeth.

Although these commitments are a marginal step forward, they only help people once they become refugees. The bigger picture, however, remains the same: world superpowers are more invested in fuelling, rather than resolving, the most harrowing conflicts of the century, meaning the death and displacement of millions will continue unabated.

The Syrian conflict epitomises the world’s failure to protect civilians and address the causes of mass migration. Unprecedented state violence and the rise of extremist groups have resulted in the largest refugee crisis since World War II. The US and Russia, two permanent members of the UN Security Council (UNSC), shoulder most of the blame.

The former has tried to negotiate with the latter to no avail. Instead, Russia has stolen a chapter out of Washington’s foreign policy playbook. Under the guise of fighting terrorism, they have intervened in Syria to keep Bashar Al-Assad’s regime intact. They have partaken in the slaughter of civilians while uprooting thousands more, blatantly violating international law in the process.

Last week, Russia and the regime dropped at least 1,700 bombs on eastern Aleppo, killing 338 civilians. The conflict has killed a total of an estimated 400,000 people and uprooted half of the country’s prewar population – 27 million – in just five years.

The US seems complicit in the slaughter. Not only have they failed to protect civilians, but they have allied with Russia to fight against the self-declared Islamic State (IS) group. However, the rise and barbarity of IS in Syria is a consequence, rather than the source, of the conflict. That’s why counter-terrorism policies are destined to fail, unless efforts are taken to protect civilians from all actors in the war.

At the same time, the US continues to support the Saudi-led coalition in Yemen which has killed thousands of people. Three million Yemenis have fled their homes with little hope to return. Seventy percent of the workforce is laid off, and approximately half the population is struggling to locate food to survive.

The international community must understand that the refugee crisis will only worsen if protracted conflicts are left unresolved. So what needs to be done?

The UK, another permanent member of the UNSC, is supplying arms and military advisors to Saudi Arabia, which first invaded Yemen to target Houthi rebels last March. The UN High Commissioner for Human Rights said that all sides in Yemen have committed human rights abuses, but singled out the Saudi coalition for disproportionately targeting civilians.

And then, there is the Palestinian question. Since Palestinians were first expelled from their homeland during the creation of Israel, they have endured 68-years of statelessness, making it the longest protracted refugee crisis to date.

These are just some of the major conflicts destabilising the global south. That said, the international community must understand that the refugee crisis will only worsen if protracted conflicts are left unresolved. So what needs to be done?

First, members of the UN Security Council must respect international laws and hold parties accountable for violating them. That means mobilising action – including arms embargoes if necessary – to push all actors in conflict to comply with international standards.

It also consists of prosecuting war criminals when feasible and taking collective action against parties who flagrantly violate resolutions. That’s how the UN is supposed to work, but the system is too inherently undemocratic to function.

Not surprisingly, permanent members of the Security Council prefer to keep it that way in order to maintain a monopoly over world affairs.

The reason for the Security Council’s state of paralysis is simple: the five permanent members of the council – US, Russia, China, the UK and France – all possess veto power, enabling each to turn down any proposed resolution regardless of its popularity.

The use of the veto to preserve national interests isn’t new; it’s the damage that’s unprecedented

The original purpose of the veto was to allow the founding members of the UN to protect themselves from plots against them. But in reality, the veto has become a tool to preserve their hegemony across the world.

Russia and China’s support for Bashar al-Assad’s regime and America’s backing for Israel are both cases in point. The former two have each vetoed four resolutions on Syria. Meanwhile, the regime continues to barrel bomb civilians and lay siege to large swathes of land.

The US isn’t much better. They have used their veto over a dozen times to shield Israel from the global community, enabling it to expand illegal settlements and launch indiscriminate attacks on Gaza with impunity.

The use of the veto to preserve national interests isn’t new; it’s the damage that’s unprecedented. Right now, there are over 65.3 million refugees in the world. Permanent members of the Security Council are paying lip service to their plight while backing their perpetrators around the globe.

The UN General Assembly should be better utilised. If the General Assembly was allowed to decide on resolutions, after crises reach a protracted stage, it could facilitate an end to conflicts and make the UN a more democratic system.

As it stands, the international arena is much like George Orwell’s Animal Farm. All animals are equal but some are more equal than others. And in the UN, wolves reign supreme.