Kieran Cooke
Yemen once had some of the world's most sophisticated water conservation techniques. Now, taps run dry and disease is on the rise 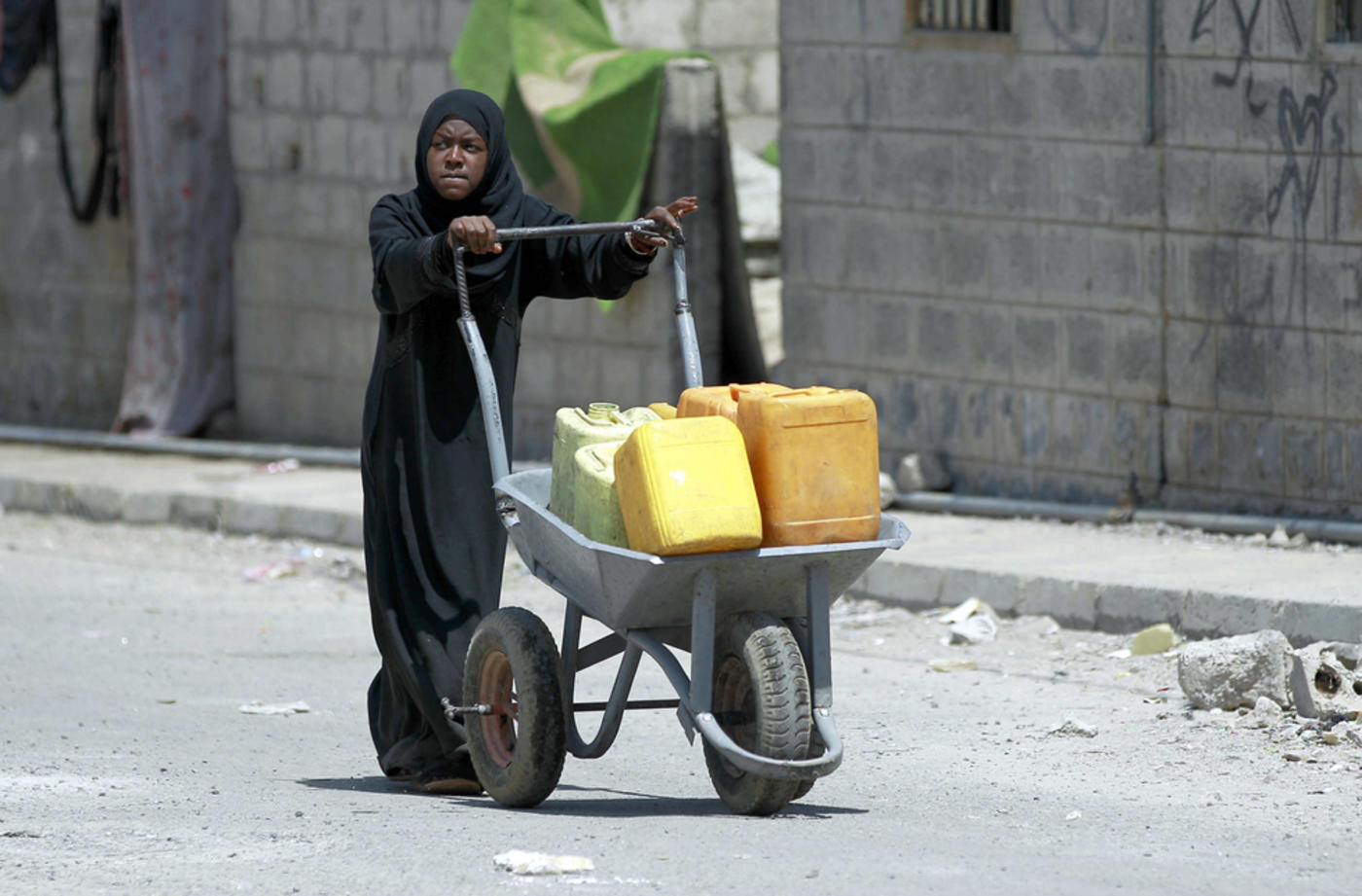 The country is running out of water: within the next year, Sanaa could achieve the unenviable distinction of becoming the world’s first capital city to run dry.

A lack of water has contributed to mounting levels of poverty throughout the country with disease rates, particularly those for children, among the highest in the world.

The World Bank says that at the end of the 2015, more than 19 million of the country’s 27 million people - more than 70 percent - did not have access to safe drinking water. The World Food Programme warns that millions are on the brink of famine.

Shortages of food have been exacerbated by the destruction of infrastructure by various groups in the conflict and the blockade imposed by the Saudi-led coalition. Several other factors have contributed to the country’s water crisis.

At one time Yemen, one of the most arid and water scarce countries on Earth, was known for its sophisticated water conservation techniques.

In line with developments in agriculture in several other countries including neighbouring Saudi Arabia, the arrival in the late 1960s on the agricultural scene of the diesel-fuelled water pump led to profound changes.

Farmers gave up old methods of irrigation, based on terracing and surface water harvesting, in favour of the less time-consuming option of sinking tube wells to tap underground water resources.

Yemen’s aquifers, their waters built up over thousands of years, were exploited to turn the desert into agricultural land. Between 1970 and 2004, Yemen’s area of cultivated farmland increased by more than 1,000 percent.

But the water table in many parts of the country has dropped dramatically as more than 100,000 wells have been sunk. “In no other country in the world is the rate of exhaustion of aquifers proceeding so fast,” says British academic Christopher Ward in The Water Crisis in Yemen: Managing Extreme Water Scarcity in the Middle East, his book on Yemen’s water problems.

The qat plant is extremely water hungry, and uses up to 30 percent of the country’s water supplies

During the 1970s and 1980s, the old subsistence farming methods – and ancient water gathering techniques – were abandoned in favour of cash crops. Remittances from the many thousands of Yemenis working abroad – most of them in the Saudi oil industry – meant more money was available in rural areas.

“Rapid growth in the production of high-value irrigated crops was made possible by the tube well and by the availability of capital,” says Ward.

Farmers in Yemen soon switched to growing qat, the leaves of which, when chewed, act as a mild stimulant. At one time, limited to isolated rural areas, qat use became widespread as oil discoveries and remittances boosted incomes.

Some farmers became so-called qat sheikhs as demand skyrocketed. One problem: the qat plant is extremely water hungry, and uses up to 30 percent of the country’s water supplies.

Despite concern about qat – not only its impact on water resources but also its affect on society, particularly the youth – use continues to grow, with no wedding or social gathering complete without a generous supply of the stimulant.

Weak governance and mistaken agricultural policies have contributed to the water crisis. Over the years, the government handed out generous subsidies for fuel for water pumps. Later, when officials realised that precious underground “fossil” water resources were being exhausted, they tried to implement laws against digging wells and cut back on the subsidy regime.

As Yemen’s water resources have dwindled, its population has grown at one of the fastest rates in the world

In events similar to the beginnings of the uprising in Syria, angry farmers – many of them Houthi tribespeople - joined in anti-government protests in Sanaa and other urban centres against the fuel price increases.

As Yemen’s water resources have dwindled, so its population has grown at one of the fastest rates in the world - between 2006 and 2014 the population expanded by 25 percent to more than 26 million, with 60 percent now younger than 25.

Lack of investment in infrastructure has added to Yemen’s water woes. In some cities, up to 60 percent of supply is estimated to be lost due to leaking pipes.

Though there were heavy rains earlier this year – with several deaths reported in Sanaa and in the industrial city of Taiz as a result of mudslides – there is insufficient drainage and reservoir capacity to cope with such downpours.

Changes in climate across the Arabian Peninsula – with rising temperatures likely to cause faster evaporation of surface water – pose more challenges for Yemen.

The war, the activities of al-Qaeda and other terrorist groups, plus ongoing disputes between the country’s various tribes, have caused additional water problems and heaped more suffering on the Yemeni people.

And in August, Middle East Eye reported on the extensive damage done to civilian areas by Saudi-led coalition forces.

On the other side of the conflict, Iranian-backed Houthi rebels have been accused of atrocities by human rights groups and of blocking deliveries of water and emergency supplies to besieged residents of Taiz and other urban centres.

As a result of the ongoing war, international projects aimed at alleviating some of the country’s water problems have been abandoned or put on hold and most aid agencies have been forced to leave.

The World Bank, which has been funding schemes such as the Sanaa basin water management project for several years, suspended its operations in Yemen in March last year.

Building desalination plants on the coast has been proposed as one solution, but such projects are expensive and Yemen is virtually bankrupt, its oil and gas exports halted due to the Saudi blockade and its GDP down 30 percent in 2015.

A 400km-long pipeline would have to be built to transport desalinated water from the coast to Sanaa, an impossible task amid the present fighting. More radically, it’s been proposed that the capital be moved to the coast – another distant dream given the present circumstances and lack of money in the exchequer.

There are some bright spots in an otherwise gloomy picture: a few farmers are returning to the old, practiced ways of water conservation or are adopting new, low-cost water harvesting methods.

And in the western, more mountainous, region of Yemen, farmers are successfully using large screens which condense fog and harvest water. Rooftop rainwater harvesting is becoming more common in towns and cities.

But as long as the war continues, more comprehensive measures to tackle what is a catastrophic set of water problems are not going to be implemented.

Photo: A Yemeni woman carries jerrycans to a public tap amid an acute water shortage in Sanaa in October 2015 (AFP)