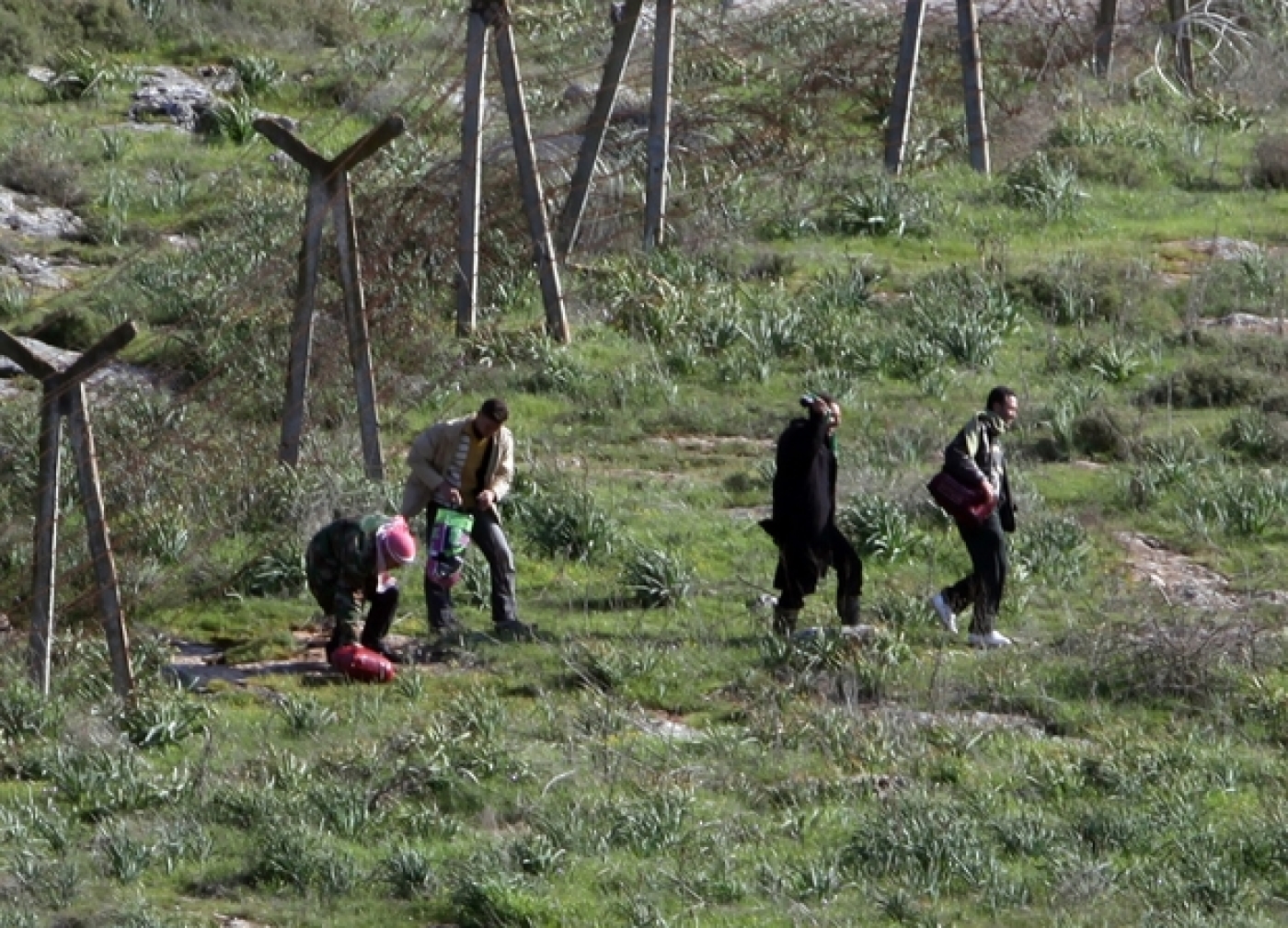 I survived Aleppo siege, but in Turkey, death still chases me

“The regime army is close to us.” This is what they said to us the whole way. We could not tell them to let us go back. We asked them, “Who are you? Where are we going?” The answer was always: “Shut up and don’t say a word!”

When we crossed the Syria-Turkey border, it was pouring with rain. We were about 50 people in all. Along with me and my best friend from Aleppo were Iraqis fleeing the war raging in their country. They had crossed hundreds of kilometres to get to Turkey, in search of safety and a decent standard of living.

We agreed with one of the smugglers to help us cross the border. The deal was that we would pay $1,500 per person, instead of crossing at the official border post.

But when we arrived at the agreed place and time, they asked us to walk for 20 minutes. The first 20 minutes passed. Then the second. We walked for over two hours, without being able to ask any questions. Whenever one of us spoke with the smugglers, the answer was: “Shut up and don’t say a word!”

We started to assume the worst. Were they going to deliver us to the regime’s army? Were they going to kill us and trade our organs? They began to make us feel that our days in this life were numbered. The best we could expect was that we were going to die very soon.

They shouted in our faces every 15 minutes: “Run, shut up, do not turn on any form of light, watch where you are walking, there are mines!”

The night was pitch black, and we had already gone several kilometres between the mountains and valleys without knowing where we were. It was raining heavily, and we were not ready for the risks.

But we were forced to keep moving forward after we had walked more than five kilometres. Everyone had started to grow tired.

There was one Iraqi boy, Hassan, who could not continue walking. We carried him and kept moving on. His mother started to reel left and right from the intensity of the fatigue. The terrain was rugged, unfit for walking, and we had mud all over our feet. I grasped her hand so we could carry on moving. She was crying bitterly.

“God, with your mercy, do not leave my son Hassan,” she said.

“I have been on the route out of Iraq for a month and a half and I do not want to lose him after all this agony.”

I felt Hassan had become important to me – as if he were my son or my little brother. I was also tired from the walking, but I tried to be calm, or at least appear calm, so that Hassan’s mother would not notice.

But tiredness was getting the better of me and I began to stumble, tottering to either side. I stayed put for a few minutes to catch my breath, as the others carried on their way.

It was then that I realised that there was no place here for fatigue. Anyone who lost control would not manage to carry on with the others. 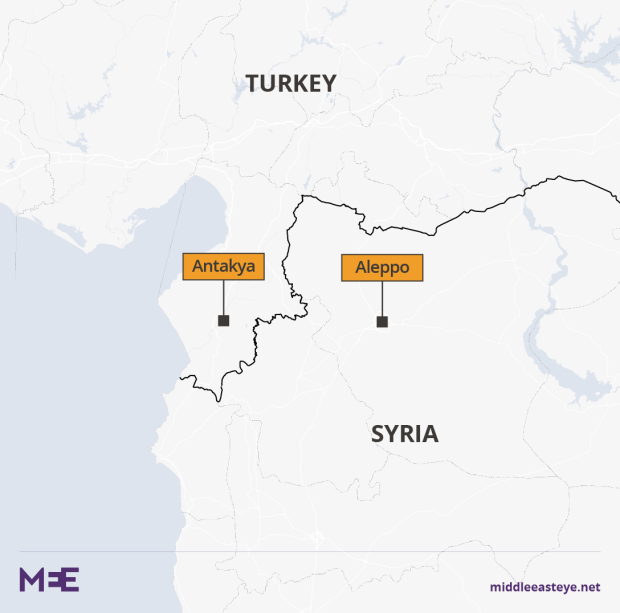 The night faded and the morning laid itself bare. We walked another six hours. Believing we had crossed into Turkey, we tried to make for the nearest village to take a bus to Antakya, the city that we were aiming for.

But it soon became clear that we had only just arrived at the border and had only now come to the point where we had to cross onto Turkish soil. We saw offices allocated for border guards in front of us and, for a moment, we forgot our tiredness and felt reassured, even with the dreadful scenes from the journey still spinning in our minds.

But then came the greatest shock, when one of the smugglers said, “The way is blocked by border guards – we cannot cross.”

But then came the greatest shock, when one of the smugglers said, “The way is blocked by border guards – we cannot cross"

We felt complete despair. Our clothes were soaking wet and the cold was biting. We were all exhausted and none of us could bear walking any further. We were forced to sit and wait until the guards stopped patrolling and we could cross.

Ahmed, a five-year-old Iraqi boy, started crying from tiredness and hunger and did not stop for more than an hour. I remembered that there was a biscuit in my bag, which my little brother Osama had left as a goodbye during his last visit to me and my family after I emerged unscathed from the four-month-long siege of Aleppo. I had been separated from my family during the siege, and this was my last opportunity to see them before leaving for Turkey. I took it out and gave it to Ahmed. He ate it, and stopped crying.

At this point we had a decision to make: We could either turn back the way we had come, or resign ourselves to facing the Turkish border guards, not knowing what awaited us.

We decided to give ourselves up to the guards. But the smugglers stopped us at gunpoint, leaving us with no option but to obey their orders and continue to wait.

Eventually, the border guards left and the smugglers ordered us through the area where they had just been patrolling, and we managed to cross.

We thought that our situation was improving, but one of the smugglers ordered us to keep moving, threatening to inform the police, who were patrolling border villages, of our location.

Once again, we had no choice but to comply with their orders. We were taken to an unknown location, where they kept us for two hours before ordering us to send voice recordings via WhatsApp to say that we had arrived safely. I realised that these recordings were being used to convince others wanting to cross into Turkey – it appeared they were being sent to other potential customers.

I refused to do so, and before the smugglers noticed, I sent a voice message to a Syrian journalist that I knew in Antakya. I told him that we had been kidnapped.

The family got off the bus and we did not see them after that. Until now, we don’t know where they are.

There was nothing else I could do, so I did what he told me.

After that, we got on a bus belonging to the smugglers, and we travelled towards the city of Antakya, in south Turkey’s Hatay province.

On the way, we were stopped by three cars – two in front of us and one from behind, all belonging to people who work with Syrian smugglers on the other side of the border.

They ordered us to pay $100 each for permission to carry on the journey. There was a family of five who did not have the money to pay. They got off the bus and we did not see them after that; we don’t know where they are.

We arrived in Antakya, and went to a restaurant, where the smugglers forced us to stay. Luckily, there was an internet connection, and I called my journalist friend in Antakya.

He was extremely worried, especially as his father was in the same convoy with us. His father had also been besieged in Aleppo without his family and had not yet seen his first grandson, born four months earlier in Turkey.

I told my friend the details of what had happened and where we were, and he told me that he would come with some local officials. But when I sent him our specific location, he told me that the officials were refusing to go because it was an unsafe area, full of mafia and bandits.

Our fear returned as our fate remained unknown. My friend told me that he would come, along with two cars. “I will always support you,” he said.

And indeed he came: With the smugglers trying to prevent us leaving, we jumped into the cars and escaped.

Straight away, we started to receive threats from the smugglers. Abu Abed, a Syrian trader who worked with the Turkish mafia messaged me saying: “Don’t think you have escaped – Turkey is full of mafia and wherever you run I will come and get you.”

Free but not safe

I lived through the siege of Aleppo – through the violence and the hardest moments of the conflict, but the danger did not end when I left my city.

I almost lost my life a dozen times while doing my duty as a journalist, covering the war and documenting the ongoing human rights violations and the experience of traumatised children and tired civilians.

I thought I had escaped the risk of death in Aleppo. I could not stay in Idlib, the neighbouring province, because of the inevitable bombings by Assad’s warplanes. I decided to make my way to Turkey in order to stay alive.

But I do not know whether these gangs will reach me some day, as death continues to chase me.

This piece was translated by Lizzie Porter.

- Mojahed Abu al-Jood is a Syrian journalist who worked as a fixer and producer for ITV news at the Aleppo Media Center in Aleppo before fleeing the city.

Photo: Syrian refugees pass under fences into Reyhanli in Antakya, on March 17, 2012. (AFP)