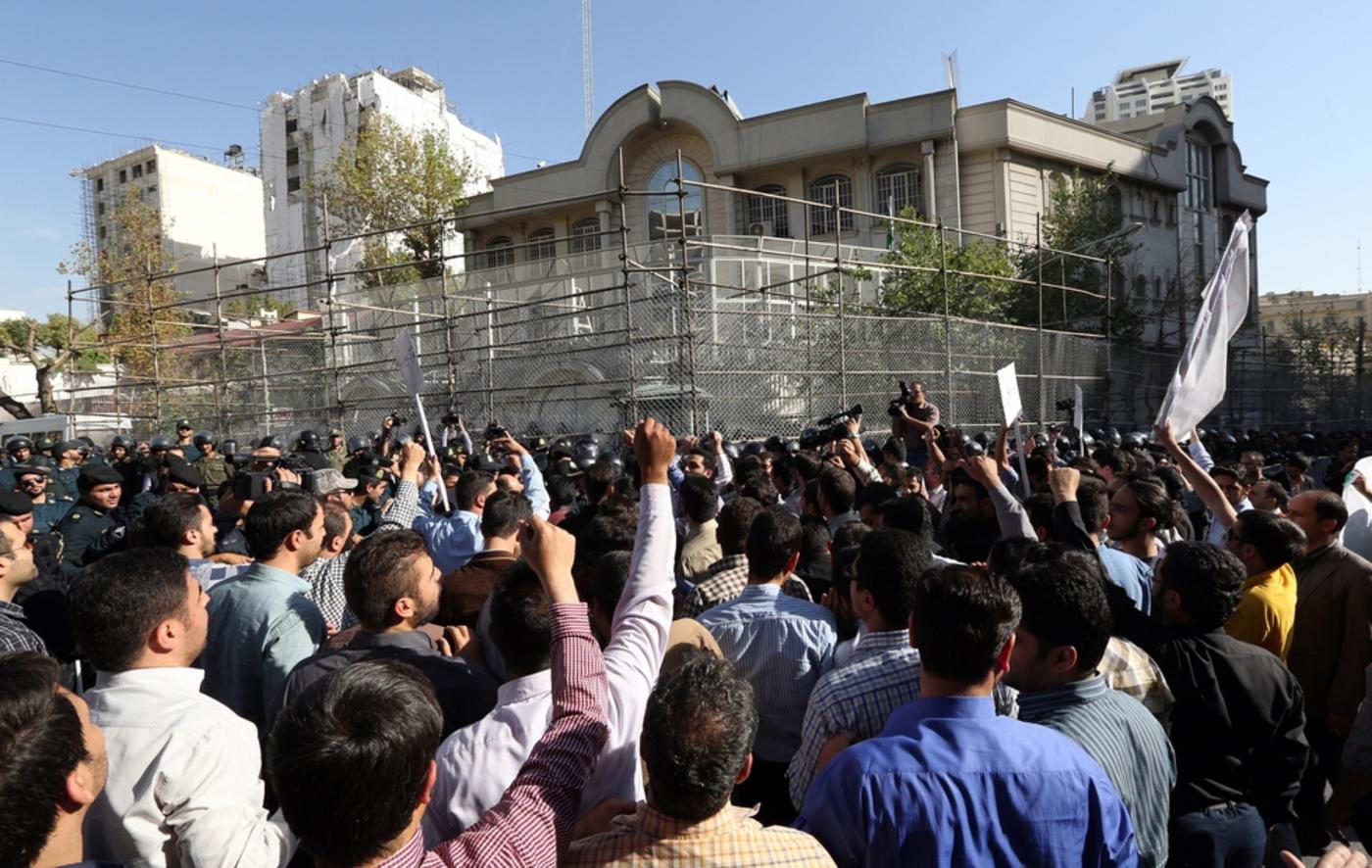 It's complicated: Why Iran and Saudi Arabia don't get along

Mansour Farhang
Iran’s Shia theocracy has much in common with the House of Saud. The ruling elite in both countries is united in claiming they represent uncontestable and revealed truth

The stoning of the devil is a ritual of the annual Hajj, when pilgrims fling pebbles at three walls in the city of Mina near Mecca. Some zealous pilgrims believe that the sooner their stones hit the walls, the better their chances of going to heaven. Thus, the rush by thousands of people keen to perform the act can lead to stampedes that result in the death and injury of many pilgrims.

During the past 15 years, deaths resulting from stampedes at the Hajj ritual ranged from 1,426 in 1990 to 2,236 in 2015. Since 464 of the casualties last year were Iranians, the incident escalated the ongoing geopolitical animosity between the House of Saud and the clerical regime in Tehran, compelling Iran to refrain from participating in the event this year.

Riyadh and Tehran have been competitors in the Middle East since World War II, but it was the Iranian revolution of 1979 that transformed their rivalry into mutual hostility. Iran blames Wahhabism as the cause of the dispute, while Saudis believe the problem is rooted in Iran’s Shia-oriented hegemonic drive in the region.

Wahhabism in Saudi Arabia and Shiism in the Islamic Republic each give competing interpretations of Islamic history and mythology, representing a kind of religious fundamentalism whose adherents tend to imagine the past and remember the future.

Moreover, in terms of political practice and treatment of dissidents, Iran’s Shia theocracy has much in common with the House of Saud. The ruling elite in both countries, while rivals for power and privilege, is united in claiming that they represent uncontestable and revealed truth about both the public and private spheres of life. In other words, they behave more as proprietors, less as rulers, of their respective states.

Needless to say, both sides can utter Quaranic verses to support their case. As Shakespeare taught us, “the devil can cite the Scripture for his purpose.”

This region ain't big enough for the both of us

In 1979, following the establishment of the Islamic Republic, King Khaled of Saudi Arabia congratulated Ayatollah Khomeini and expressed hope that “Islamic solidarity” could be the basis for closer ties between their countries.

But in response, Khomeini attacked the character and religious legitimacy of the Saudi kingdom. He also rejected the idea of national identity and, instead, called for the unity of all Muslims under a divinely inspired leadership - meaning the Shia clerics who represented his theory of Islamic polity.

During the 1980s, Saudi Arabia funded Saddam Hussein during the Iran–Iraq war, while Iran supported Shia separatists in Saudi Arabia’s strategic Eastern Province. To challenge Saudi Arabia’s Islamic legitimacy, Iran defined the annual Hajj as a transnational political event. At the same time, Khomeini declared that Mecca, Islam’s holiest site and located in Saudi Arabia, was in the hands of “a band of heretics” and should be liberated by true Muslims.

Yet, in June 1982, when the Iranian military succeeded in expelling all Iraqi forces from Iranian territory, the Gulf Cooperation Council offered to contribute to Iran’s war damages if Tehran accepted the UN Security Council ceasefire resolution. Khomeini rejected the offer and came up with a new slogan for the war – “the road to Jerusalem goes through Karbala”, a reference to the holy Shia city located in Iraq.

In 1987, Iran’s decision to stage demonstrations in the midst of Hajj rituals led to violent clashes resulting in 400 deaths, most of them Iranian. The incident was not related to the stampede at Mina, but rather the outcome of a provocative and unprecedented confrontation between Iranian pilgrims and Saudi security forces.

The day after the incident, vigilantes in Tehran ransacked the Saudi embassy and physically attacked the kingdom’s diplomats, resulting in the death of one Saudi official. The Iranian regime did not condemn the attack and, in response, Saudis severed diplomatic relations with Iran.

How Saddam Hussein helped Tehran, Riyadh get along

In the eight-year-long Iran-Iraq war from 1980 to 1988, Ayatollah Khomeini vowed to wage war until Iran had achieved total victory. Anyone who dared to question his policy could be charged with blasphemy and land in prison. Yet, in the spring of 1988, when his military commanders informed him that they lacked the weapons to continue the war, Khomeini accepted the ceasefire and said that “taking this decision was more deadly than taking poison. I submitted myself to God's will and drank this drink for his satisfaction".

This was a disappointing turn of events for Iran's hardline revolutionaries, but they had no choice but to submit to the order of their supposedly flawless leader. The devastation and exhaustion of the war, the humiliation of Khomeini drinking poison, the inexperience of Ayatollah Khamenei as supreme leader, the serious economic problems facing the country, international political isolation: all these factors compelled the hard-liners to give up, at least for the time being, their dream of exporting the revolution.

Khomeini’s death in 1989 still further strengthened the hand of the pragmatic faction and personalities in the Iranian regime. Then, in 1990, Saddam Hussein gave them a significant helping hand with his decision to invade Kuwait. Once Saddam announced the annexation of Kuwait, Saudi Arabia and Iran found common cause in opposing Baghdad’s aggression and took steps toward reconciliation, with the restoration of diplomatic relations in 1991. Between 1991 and the US military occupation of Iraq in 2003, Iranian and Saudi leaders interacted in reasonably cordial terms.

Ironically, George W Bush and his neocon allies came to the rescue of Iran’s hardliners

Rapprochement between Saudi Arabia and Iran gradually reached the point where they signed several trade agreements as well as a security pact, including a plan to launch joint projects. Reconciliation with Saudi Arabia had its hardline opponents in Iran, but they lacked the power to stop it at the time.

Ironically, George W Bush and his neocon allies came to the rescue of Iran’s hardliners when they decided to oust Saddam Hussein and remove elements of the Baath Party from the Iraqi military and socio-political institutions. Iran was the only country in the Islamic world that supported, almost celebrated, the US occupation of Iraq.

Until then, official rhetoric in Iran had portrayed Saddam as an American puppet. But Saddam’s demise at the hands of America led Iran’s clerical rulers to proclaim that Allah, in his magical way, steered the “Great Satan” to eliminate the enemy of his viceroys on earth.

And then they broke up - again

The coming to power of Iraqi Shia groups and personalities based in Iran prior to the fall of Saddam Hussein turned out to be a turning point in the Islamic Republic’s regional policies, weakening the pragmatists and reviving the hegemonic ambitions of the hardliners.

Chief among Iran’s Iraqi allies was Ayatollah Mohammad Baqer al-Hakim, the leader of the Supreme Council for the Islamic Revolution in Iraq, representing the largest dissident group of Iraqi Shia Muslims based in Tehran. 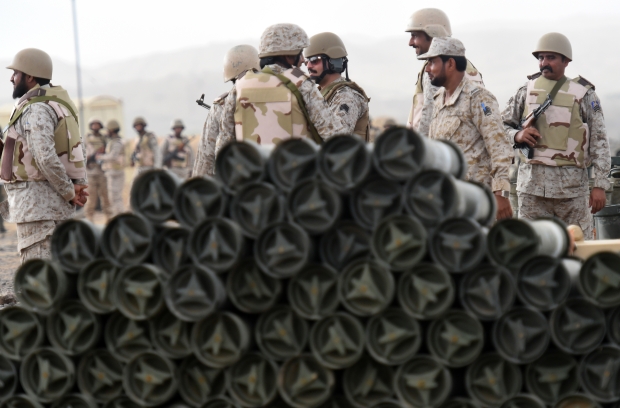 He had been living in Iran since 1980, was closely tied to Iran’s ruling clerics and was the nominal leader of the Shia militias stationed on Iranian soil near Iraq.

In reality, these forces, known as the Badr Brigade, were trained and equipped by Iran’s Revolutionary Guards. What Iranian leaders could not have imagined was the US willingness to let the Badr Brigade under the leadership of the Quds Force enter Iraq to support the Shia groups engaged in the ethnic cleansing of Sunnis in Baghdad and elsewhere.

Saddam the feared enemy was gone: the opportunity to connect Iran’s newly gained strategic advantage in Baghdad to Damascus and Hezbollah was a dream come true.

It's at this point that the Saudi-Iranian rapprochement ended, as the ruling clerics became more assertive in supporting Shia minorities in Sunni-dominated Arab countries. After 2011, they gave military and economic assistance to Bashar al-Assad in Syria, who represented an Alawite (Shia) sect dominated regime and to the Houthis (another Shia sect) in the civil war in Yemen.

These developments, plus Iran’s support for Hezbollah in Syria, were perceived by Saudi Arabia and the Persian Gulf Arab states as a serious threat to their security and influence in the region. Riyadh gave military assistance in these countries to anti Assad forces and the opponents of Houthis in Yemen. The civil wars in Syria and Yemen also became proxy wars between Tehran and Riyadh.

How to thaw icy relations

In the aftermath of 2011’s Arab Spring, Iran and Saudi Arabia have become the region’s most influential players. They can work to mediate the multi-faceted crises they are involved in or aggravate them by continuing their confrontation. Riyadh and Tehran have no objective conflict of interests; rather their dispute is rooted in their ruling elite’s clash of ambition, insecurity and sectarianism.

In his will, Ayatollah Khomeini wrote that “Muslims should curse tyrants, including the Saudi royal family, these traitors to God’s great shrine, may God’s curse and that of his prophets and angels be upon them.” Hardliners in the regime use these words and similar utterances by Khomeini as weapons against the reformists who advocate a more pragmatic approach to the problem.

It is unlikely that Khamenei would support rapprochement with Saudi Arabia, but he is calculating enough to realise that continuation of hostility could have economic and political costs for Iran. Khamenei has always been opposed to normalisation of Iran’s relations with the United States, but economic necessity compelled him to approve the nuclear agreement in 2015.

Oman, Qatar and the United Arab Emirates are in a good position to play a mediating role between Riyadh and Tehran

Iran’s foreign policy can be both pragmatic and ideological. The pragmatic side is demonstrated in Iran’s relations with its northern neighbours, Muslim Azerbaijan, Turkmenistan and Christian Armenia. Iran also has interest-oriented relations with Pakistan and Turkey. The ideological side of Iran’s foreign policy is illustrated in its approach to Saudi Arabia, Israel, the United States, Iraq, Syria and Lebanon.

Iran has normal relations with Oman, Qatar and the United Arab Emirates. These countries are in a good position to play a mediating role between Riyadh and Tehran. And there are pragmatic and interest-oriented people in both Saudi and Iran who would be receptive to such an initiative.

- Mansour Farhang is a former professor of international relations at Bennington College, and was revolutionary Iran’s first ambassador to the United Nations, but left Iran as a dissident in 1981.