Revolution, migration and free will: Khaled Mattawa's poems explore the notion of liberty

Libyan poet Khaled Mattawa's latest collection, 'Fugitive Atlas', draws on multiple influences to paint a vivid image of all those seeking to escape 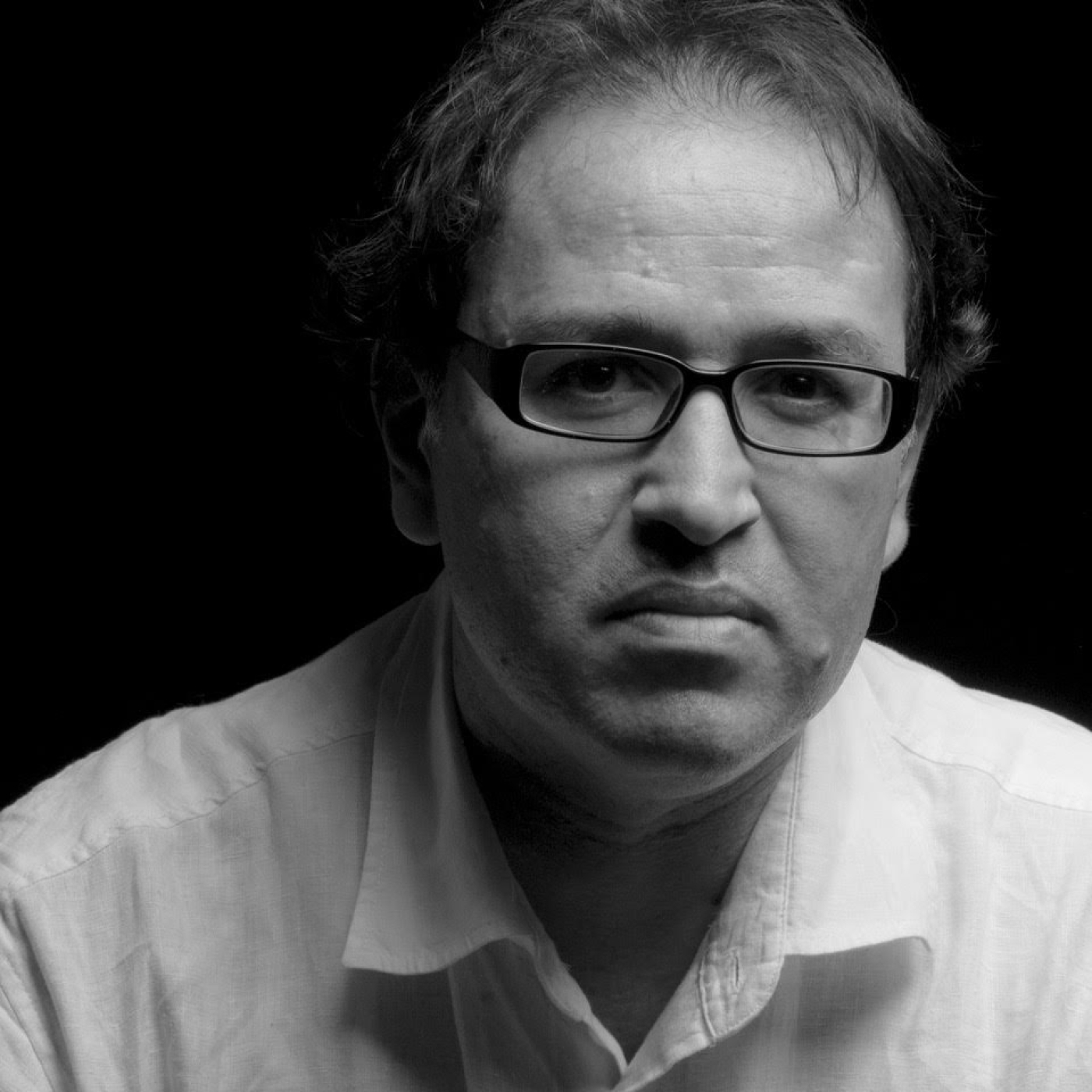 Khaled Mattawa’s latest poetry collection Fugitive Atlas is full of small epiphanies that remind us of the beautiful and tragic dignity of human experience. The collection draws from Mattawa's Libyan heritage and diasporic experiences to examine how individual moments intertwine with a global consciousness.

This consciousness is defined in Our Cities, a poem that takes its inspiration from Octavio Paz's I Speak of the City, as “the metropolis that dreams us all, that all of us build and unbuild and rebuild as we dream.”

One subtext of his work invites us to consider our amanah - God’s trust and free will, which alludes to our essential nature as human beings - and that it is both a blessing and an affliction.

The term amanah draws from Surah Al-Ahzab, Verse 33:72 of the Quran, where God offers his trust, or free will, to the heavens, earth, and mountains - only man is too foolish and unjust to accept it. Implied in this verse is the moral responsibility, trustworthiness, and honesty expected of humankind.

In the first of four poems titled Beatitude, Mattawa ponders humanity's acceptance of amanah by reflecting on a conversation with his child.

And him, why did he say yes? Did he know
that all the other creatures refused the burden?
That he was God’s last choice?

'No, not a rat or a cockroach'

Mattawa weaves contemporary themes into his poems: revolution, the environment, and migration. He develops strands of ideas that increase in resonance as he revisits them throughout the book.

In Unreal City, Mattawa hints at his Libyan heritage and recalls former Libyan leader Muammar Gaddafi’s characterisation of protestors against his rule as rats and cockroaches when he writes: 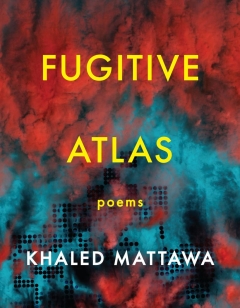 How would I return? After all that happened. I’d choose to be like I was: a stubborn thing.
No not a rat or a cockroach. I mean something that has beauty about it.

The poem's themes extend across all the places he's been associated with. In Our Neighbors: Poisoned City, Mattawa, who works at the University of Michigan, mulls on the tragedy of polluted drinking water in Flint, Michigan.

To rivers where souls
Slake their thirst, where infants
Bathe in your bitter facts

By extension, the theme of individuals caught in the web of stronger social forces runs through the collection.

Finally, after meditations on the impact of revolution on the cities of Egypt's Cairo and Libya's Benghazi (Mattawa’s hometown), he offers this advice to individuals within the collective metropolis in his poem, Our Cities:

All who wear a mortal
mould rise as the sun their
father rose. Let it
gird, not break, your heart: the world’s
amends:

An ode to the fugitives

Mattawa’s collection is divided into five sections; all are untitled except for Section IV, which is titled Fugitive Atlas, as an apogee of the collection.

Traveller, where are you heading?
You embark, take sick and return.
So many innocents like you and me
were duped and lost their way.

Poems in Section IV: Fugitive Atlas contain a subtext of the fugitive: a person seeking escape from threat or incarceration. His lines depict experiences of shock, departure and escape: living under siege, traffickers and the trafficked, and loss on the open sea.

In Psalm Under Siege Mattawa considers the plight of Syrians impacted by the civil war by mentioning the destroyed towns of Idlib and Daraa.

Locust-ravaged Idlib fields,
the dry wells of Daraa. Candle
light or soul - what else to call
what remains alive in me, how
it shrinks like an iris blinded
by death’s blazing noon.

Don’t fear their eyes. They came
to you, after all, they paid their way.
Oh, they’ll kill you given the chance.

And in The Boat Merchant's Wife, he writes of the perils and loss of those who seek a better life:

boats filled with people and goods
and sailed off. A day or a week later,
the sea sends back the drowned.

Together, these poems examine the many-sided predicaments of individuals caught within the framework of migration; they are all in some way impacted by the social forces of war, poverty, government failure, and desperation.

Born in the Libyan city of Benghazi in 1964, Mattawa emigrated to the US in 1979, where his parents sent him to live with his brother in Mississippi to provide more educational opportunities. In interviews, he is forthright about the “oppression that was Gaddafi’s Libya, the propaganda, the public hangings, and the masculine, intimidating, closed-off culture”.

With his early memories of Libya in mind, Mattawa and his wife, the artist Reem Gibriel, founded the Arete Foundation in 2012, after the 2011 fall of Gaddafi’s regime. The foundation funds creative arts activities in Libya such as cinema showings, gallery exhibits, and literary readings. It was one of 20 recent honourees recognised by the Libyan General Authority for Culture for its contribution to creative work in Libya.

A professor of poetry at the University of Michigan, Mattawa, 56, is the author of five poetry collections and has translated 11 books of poetry from Arabic to English, including the selected poems of Adonis in 2010, which won the Saif Ghobash Banipal prize the following year. He has also co-edited two anthologies of Arab American literature and has published numerous essays.

His first poetry collection, published in 1995, Ismailia Eclipse, introduced readers to his evocative, meditative style as he turned a lens on his varied experiences in Libya, the US and Egypt. Fugitive Atlas is a superb addition to his work.

Mattawa, who was awarded a MacArthur Fellowship in 2014, has extensively written about the 2011 revolutions and the overthrow of Gaddafi. In October 2011, he posted an online reading of a poem dedicated to this event, titled After 42 Years, in which he reflects on his childhood impressions of Gaddafi’s regime and the 2011 downfall.

A version of the original poem, After 42 Years, is in this collection, as is a new poem titled After 42 years (Revisited), which examines Libyan society in the aftermath of Gaddafi’s removal from power.

Mattawa expresses the uncertainties of unrestrained freedom, lost salaries, and hungry children combined with feelings of nostalgia for a stable yet oppressive past.

From songs to psalms

Mattawa’s poetry and prose often place us in conversation with our conscience. He deftly utilises multiple poetic forms that enhance the resonance of his words and inspire meditation through lyrical forms of songs: beatitudes, hymns, soliloquies, and psalms such as Psalm of the Volunteer.

—For the rescuers and volunteers in Lesbos

Dear world,
who am I to
condemn you?

One of his most intricate poetic forms are ‘alams. Mattawa explains in his notes that ‘alams are unrhymed short phrases chanted by the Bedouin poets of eastern Libya and western Egypt.

They are known as ghinaywat (“little songs”). He credits the research of anthropologist Lila Abu-Lughod, author of Veiled Sentiments: Honour and Poetry in a Bedouin Society (1986).

While utilising the ‘alam form is notable in itself, Mattawa has placed his ‘alams in an organised pattern so they exist independently as vertically read verses and also blend horizontally and in reverse to convey poetic meanings from multiple perspectives.

Whether the reader reads the phrases from left to right or right to left, or starting from the end and reading to the beginning, poetic meanings are revealed.

From ’Alams For Saying “Yes:”

He also introduces his meditations in other forms such as anthems, funeral chants, and in a poignant echo of a notable poem by Muhammad Iqbal (1877-1938) titled Shikwah (which in Urdu means "complaint").

Pakistan’s national poet, Iqbal was born prior to the partition of India and Pakistan and was influential in advocating for Pakistan as a separate homeland for Muslims. Iqbal’s Shikwah conveys a complaint to God that Muslims suffered disloyalty at the hands of God when others seemed more blessed. Mattawa continues Iqbal’s appeal when he writes:

What will you do, dear God, without us? How
will you fare, alone again in the empty vast, in the dark
of your creation, without us giving you your name?

Mattawa’s technique of portraying individual vulnerabilities within complicated or tumultuous circumstances is compelling. He discusses this aspect of poetry in a 2014 interview with Boston's NPR news station WBUR, where he says, “poetry gives us both the person of the poet and the inner life, in a deep sense, of the speaker of the poem or perhaps the character we are reading a poem about.”

Whether it is a reference to the soul as candlelight, a deluge with no mercy, or a metropolis that dreams, Mattawa’s use of metaphor elevates our understanding of humanity’s dilemmas.

Of the power of a single metaphor, he says in the WBUR interview: “It is making us pay attention to language, the person speaking the language; a language so compact that it says itself a great deal and resonates with meaning.”

The poems in Fugitive Atlas sing within their varying eastern and western forms, and they are infused with subtle nods to other voices, admired and notorious, such as Octavio Paz, Frantz Fanon, Oum Kalthoum, Patrice Lumumba, King Baudouin of Belgium, Joseph Conrad, Golda Meir, Gaddafi, and Ghanain poet Kofi Awoonor, who was killed in Kenya in 2013 during the Westgate shopping mall attack.

These subtle details demonstrate Mattawa’s talent as a poet, but they also demonstrate his ability to articulate meaningful, contemporary insights.

The poet can also be something of an educator. Awoonor is recognised as “one of the giants of African poetry” in the notes to Fugitive Atlas, the curious fact that Gaddafi wrote a short story titled Al-huroob ila al-jahim (Escape to Hell) is referenced in relation to Mattawa's poem After 42 Years (Revisited) and the work of Abu-Lughod is brought to our attention.

When reading Fugitive Atlas, we are reminded of how the poetic sublime can inform our humanity, nudge our conscience, and encourage transcendence. Khaled Mattawa’s work reminds us of the amanah invested in us all. 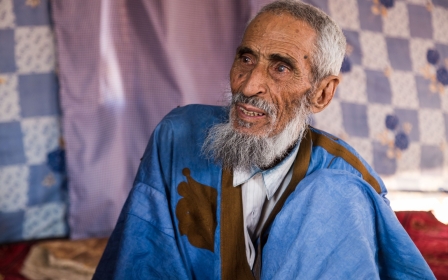 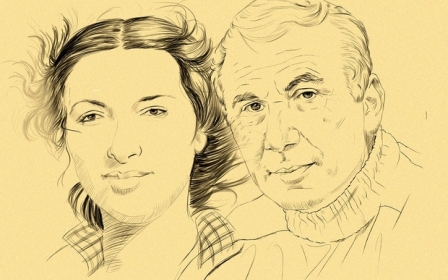 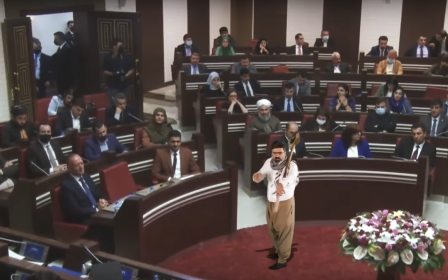