As violence continues between warring Libyan groups, NATO leaders are as divided as ever about possible intervention 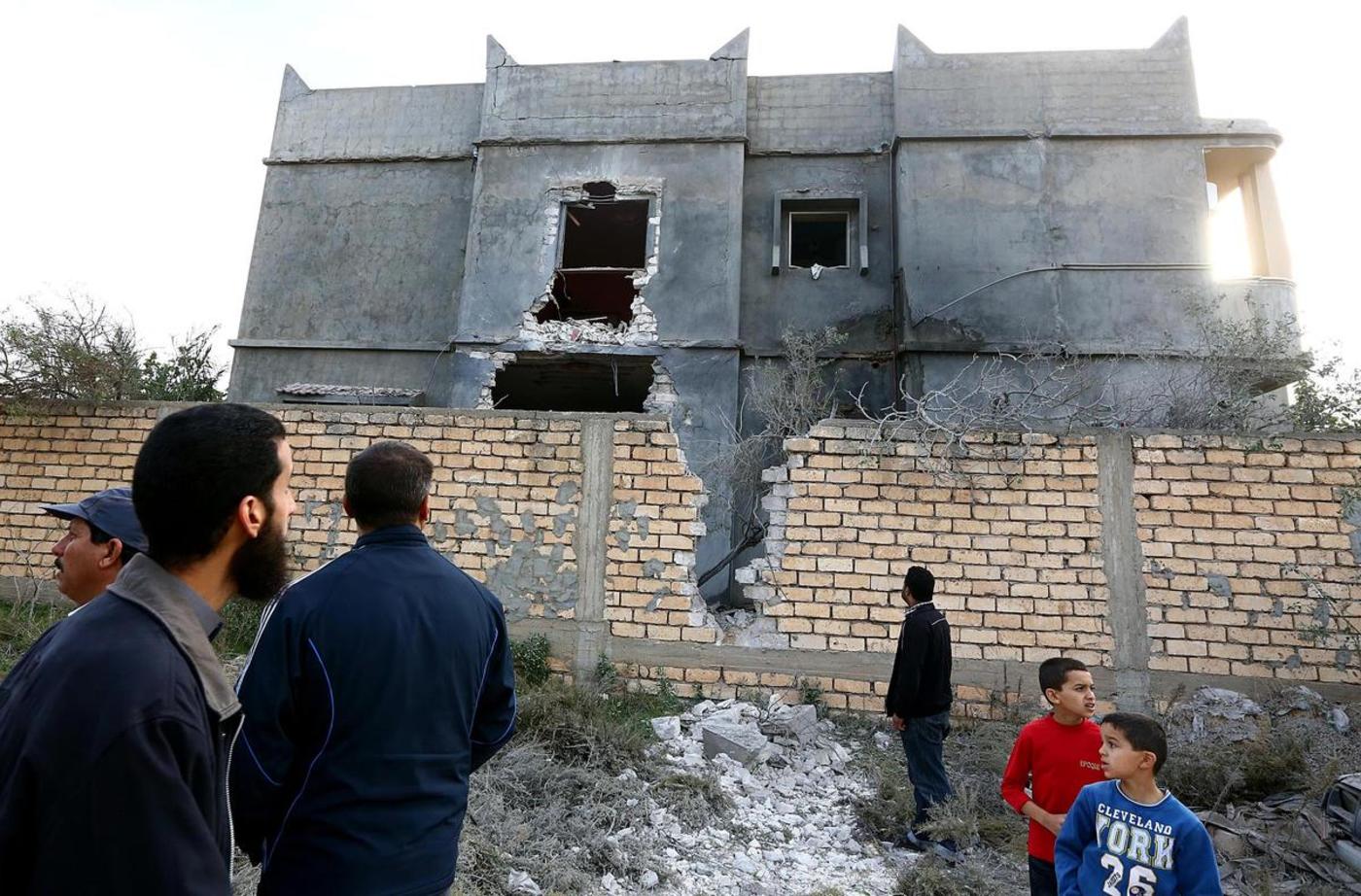 Fierce fighting across Libya has displaced about 400,000 people, the United Nations reported (AA)
By
Steve Fox

NATO foreign ministers gathering in Brussels on Tuesday will be uncomfortably aware of their own divisions about how best to deal with Libya’s worsening war, a vivid contrast to the unity the alliance found in 2011.

Back then, NATO united to provide a no-fly zone to protect Libyan rebels in their fight against former strongman Muammar Gaddafi, a policy that rapidly expanded into a bombing campaign that brought the rebels to victory.

But three years later, and with Libya once more in a state of civil war, NATO officials are torn between wanting to stay out of the conflict, and watching anxiously as the violence could spiral out of control.

Since summer, Libya has been split between an elected parliament, which has fled to the eastern city of Tobruk, and a rival parliament in control of the capital, Tripoli.

The country’s myriad factions are polarised between two groups: Libya Dawn forces that back the Tripoli government and Operation Dignity fighters supporting Tobruk. The stark divisions are now threatening to tear the country apart, with no sign that violence might be abating.

NATO holds the authority to intervene to protect civilians in Libya, as UN resolution 1973, which authorised the 2011 bombing campaign, remains in place.

The issue, however, is that while both sides accuse the other of kidnappings and violations - and while numerous civilians have been caught in the crossfire - there have been no wholesale attacks on civilian towns comparable to Gaddafi’s bombardment of rebel-held areas in 2011.

“For intervention, where would you start?” said one former NATO official. “You want to bomb both sides? Ain’t going to happen.”

Meanwhile, leading NATO members have been making very different pronouncements about what should be done in Libya.

France has led the way in calling for decisive action, and support for the Tobruk-based parliament. While France has not specifically called for combating Libya Dawn, it has urged suppressing militant formations it says have found a home in Libya.

French Defence Minister Jean-Yves Le Drain has issued several calls this year for action against what he said are “jihadist” forces in Libya, saying in September: “The political and economic centres of the country are now at risk of falling under jihadist control.”

France, already battling militants to the south in Mali, has moved 3,000 troops to Niger, close to the Libya border. In October, it attacked what it said was a militant convoy in the Sahara, guided by American drones from two bases in Niger.

But Le Drian signalled earlier this month that he does not favour military intervention:  “In 2011 we had to intervene in Libya because we had to prevent a drift to lawlessness which could have led to Libya becoming today like Syria,” he told CNN.

“It is up to the Libyans to decide themselves as to who should represent them and what constitutes a legitimate regime.”

While diplomats from France, Britain and the United States have shunned meetings with the Tripoli-based parliament, Turkey has engaged with both sides, sending envoy Emrullah Isler to confer with Prime Minister Omar al-Hasi.

Turkey has also maintained flights to Misrata, a city held by Libya Dawn fighters, even as other European airlines have cancelled flights to the country.

Somewhere in the middle of the diplomatic spectrum is Italy, one of only two NATO nations (Hungary is the other) not to have evacuated its embassy in Tripoli.

Italian Foreign Minister Paolo Gentioni told La Repulica last week that Rome might agree to send troops to help stabilise the country. “Certainly a peacekeeping operation in Libya, rigorously under UN sponsorship, would see Italy on the frontlines,” he said.

But many NATO partners are unenthusiastic about such an operation.

The US and Britain are engaged in drawdown operations in Afghanistan, while several NATO member states, including France, Britain and the Netherlands, are also part of the US-backed anti-Islamic State coalition, currently engaged in air strikes against IS in Iraq.

NATO’s main problem stems from the fact that the rebels they backed in 2011 are now at war with each other, with both sides claiming to hold legitimate authority.

Tobruk’s parliament, the House of Representatives, elected in June, has already been given official recognition by the UN, which helped supervise the vote. Most of its members insist that UN recognition means they should be backed to gain control across the whole country, although some of the members have refused to travel to Tobruk and have been boycotting the new parliament, deeming it illegitimate.

In Tripoli, meanwhile, members of the former parliament, the General National Congress (GNC), insist that they are the ones with legitimacy, and are backed by a Supreme Court ruling in November.

The court, Libya’s highest legal authority, ruled that the law setting up the June elections was invalid because it was not agreed to by two thirds of the former congress. The decision means that both the elections and the House of Representatives are illegal, with supporters of the decision claiming that it automatically conferred legitimacy back to Congress.

NATO might hope to be guided through this political deadlock by the UN, but the international body has yet to say whether it agrees with the court, announcing only that it is “studying” the judicial ruling.

Tobruk insists the judges were operating under threat from Tripoli militias. But Prime Minister Omar al-Hasi, appointed by the GNC, is also standing his ground, insisting that the judgement be respected.

NATO, in other words, would rather leave Libya to the mediators. But to date, mediation has failed to break the deadlock.

Bernadino Leon, head of the UN Support Mission in Libya, has suggested some form of unity government. Many diplomats hope this government might hold long enough for the completion of a new Libyan constitution, which is being designed by a specially elected assembly, and with new elections expected to follow.

Last week, though, Tobruk upped the ante by bombing Tripoli’s Mitiga airport over two days, in addition to stepping up its bombardment of Libya Dawn positions elsewhere in the country.

The raids were ineffective. They hit no military targets, wounding a Tripoli woman in a nearby house, although Operation Dignity commanders were quick to stress that the strikes were merely “warning shots” and that no more bombing was to come.

For the past six months, Operation Dignity aircraft have hammered militias, such as Ansar al-Sharia, that until recently ruled over Libya’s second-largest city, Benghazi. The fighting has already cost 400 lives in this city alone.

The situation is too chaotic for local health authorities to give an accurate death toll for the whole country, but the UN said last week that 400,000 of Libya’s population of six million have been displaced by the fighting, a number that is only likely to grow.

Street battles are ongoing between Operation Dignity forces and militants in Benghazi, with Tobruk army chiefs contemplating an assault on Derna, in eastern Libya, where one militant group has declared its affiliation with the IS.

Operation Dignity commander Khalifa Hiftar, who was recently re-instated to his former rank of general by Tobruk, told an Italian newspaper last week that he hoped to capture Tripoli by the end of the year.

In the west of the country, Libya Dawn and Operation Dignity forces are trading blows across a broad front, centred on a vicious fight for control of the strategic mountain town of Kikla. Both sets of armies are growing more determined, and as casualties mount, opinions are becoming ever-more polarised. 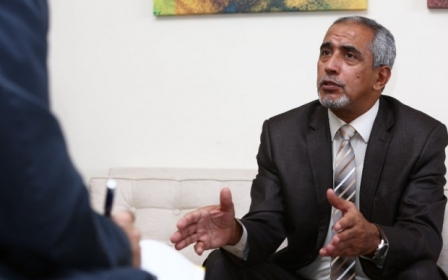 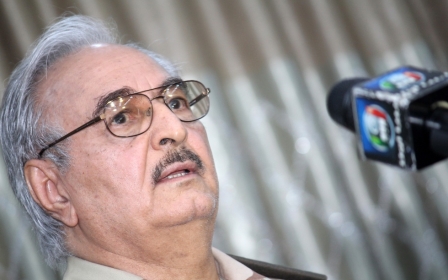 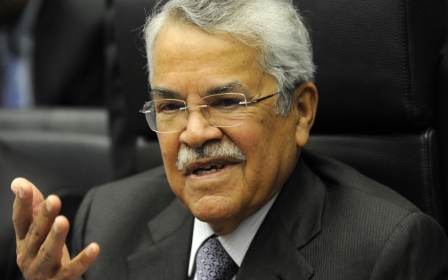