Beit Beirut museum: How will Lebanon remember its civil war?

Beirut’s museum dedicated to the memory of the city has been standing empty for more than a year, despite a multi-million-dollar makeover 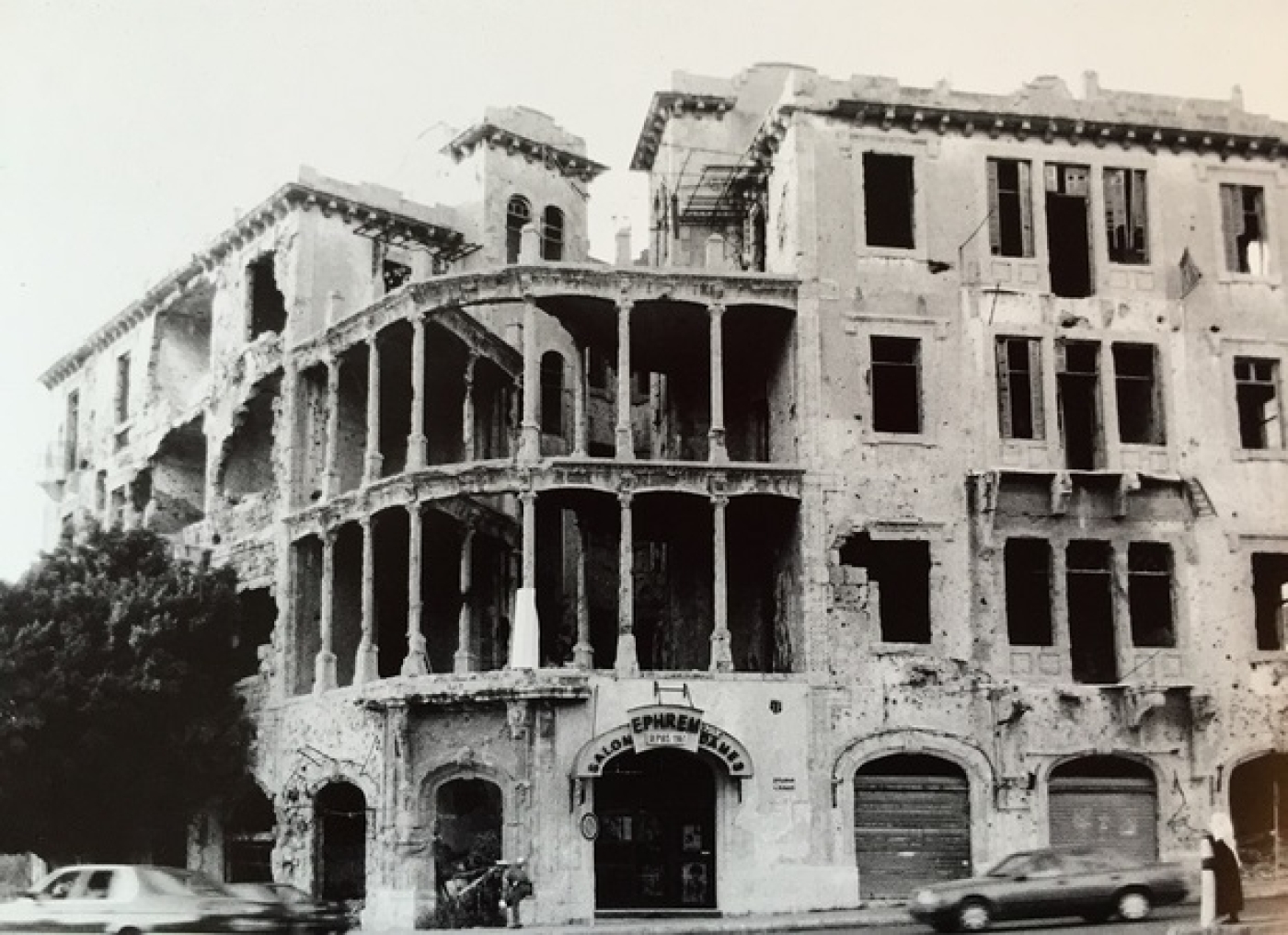 BEIRUT, Lebanon - On the corner of Beirut’s busy Sodeco square stands an imposing, bullet-ridden, Ottoman-style building. Named the Barakat building after the family who built it in 1924, it was occupied by different militias during Lebanon's civil war (1975-1990).

'Everyone was killing each other at the time'

Positioned along the Green Line which separated Christian neighbourhoods in the east from Muslims in the west of Beirut during the war, the Barakat building is known to have been a snipers' nest because of its strategic location in the city. Fighters are accused of preying on civilians from behind its sturdy walls.

Some of the graffiti has been left untouched, giving a sense of what transpired. “I want to say the truth: my soul has become filthy,” says one.

After over a decade of lobbying by activists, the three-storey building has been restored to house a 7,000-square-metre museum dedicated to the memory of Beirut.

Over $20m, which include its expropriation by the municipality and renovation works, have been poured into the museum that will be known as Beit Beirut, or House Beirut.

Here, the visible impact of the war remains a tribute to the violence that left 150,000 people dead, and around 17,000 kidnapped or "disappeared".

On the ground floor, a 1978 bunker has been transformed into a projection room that can accommodate 70 people. The original rough cement of the bunker’s wall is left intact. The date 1978 is carved into it, as well as a cross above a sniper’s hole.

The first floor is the most evocative of the civil war, with sandbags still stacked in the main room. Fighters made a second bunker out of the bathroom there, plastering the original doors on the roof and reinforcing the walls with 90 centimetres of concrete on each side to protect it from shelling.

“The line of fire here is formidable,” says the museum’s architect, Youssef Haidar, pointing through the sniper’s hole. “It goes through the living room, the stairs, the balcony and continues for a kilometre.”

Yet even though renovation works were completed after four years in 2015, the building stands mostly empty. Apart from the occasional temporary exhibition or private cocktail party, there is no director, no board, or even a team working at the museum.

“They should have appointed a management team at least a year before the work ended,” says Haidar.

Those who have worked on the museum's restoration can only speculate about why it has not officially opened to the public yet. Some news reports have blamed internal disagreements about how to present Lebanon’s civil war. According to Andrew Arsan, a senior lecturer in modern Middle East history at the University of Cambridge, schools in Lebanon do not even teach history past the country's independence in 1943.

“A committee was created to draft post-1943 history text books a few years ago, but it was a fiasco. They particularly disagreed on how to present the history of the two civil wars, the 1958 one and the 1975-1990 one," Arsan explains.

“When the civil war ended, we went back to life as quickly as possible and now, 20 years later, we have a dysfunctional community. A lack of apology has created a lack of respect,” explains artist Zena el-Khalil, whose exhibition Sacred Catastrophe: Healing Lebanon, is currently open to the public in Beit Beirut until 27 October.

The exhibition highlights the importance of forgiveness for events that happened during the civil war, like the torture of prisoners in Khiam prison in south Lebanon, up to the 2008 conflict which brought the country to the brink of a new civil war.

On display is a variety of paintings, photographs, and sound and art installations, including 17,000 green wooden beams representing the Lebanese people who disappeared during the civil war. When it ends, Beit Beirut will close its doors again.

For the artist, setting up the exhibition was an endeavour in itself and proved to be a complicated process.

With no official application process for her to go through, el-Khalil had to speak individually to the mayor, the governor and the municipality. Setting up the exhibition was a “logistical nightmare”, she remembers. “For the opening night, I had to bring my own generator and air conditioning."

'The war is still contested and unresolved'

According to Haidar, poor bureaucratic organisation is the main reason why Beit Beirut is not functioning as a proper museum yet.

“I believe it’s due to internal fighting between the municipality and the governor’s office over who will run the place,” he says.

In addition to current power struggles, political parties in Lebanon have remained unchanged for the most part since the civil war, adding a further layer of complication.

Mathilda el-Khoury, a member of the municipal council in charge of the city’s cultural portfolio, denies this, and argues that setting up a legal framework for Beit Beirut simply takes time.

“There is no disagreement on the function of the museum. It will be a cultural space with different activities,” she says. “People do not realise how long a legal framework takes to set up. Different options were studied, such as setting Beit Beirut up as a foundation, or an association, or a public entity. This takes months, but there’s been progress, and the structure is currently being finalised."

No official opening date was announced by the time of publication.

El-Khoury stresses there will eventually be a full-time director, along with curators, and a communications department. “We don’t want to have the wrong people on board. We need the right framework to function properly, and we are eager that Beit Beirut becomes a cultural space in the city."

'We don’t want to have the wrong people on board'

According to el-Khoury, the future layout of the museum has already been agreed upon. The wealth of personal archives unearthed by Mona el-Hallak, an activist and architect who started lobbying in the mid-1990s to have the building preserved, will be put on display in the east wing of the first floor.

“The first floor will be kept as a memory of the war,” says el-Khoury.

The west wing will focus on the war itself, while the second floor will present the social, urban, and demographic history of Beirut; and the third floor will house contemporary exhibitions. Beit Beirut will also include an urban observatory, a library, a restaurant and two auditoriums.

El-Hallak, who is also part of a committee offering consultation on the renovation of Beit Beirut, thinks that the civil war should be presented with an emphasis on personal stories of both the victims and perpetrators. In this way, the museum cannot be accused of being biased.

For el-Hallak, even graffiti that reveals which side the militiamen were on should be hidden.

“They point fingers by default. If someone who was from the other side during the war sees them today, he can say: look, they were killing us. But everyone was killing each other at the time.”

She argues that Beit Beirut is not the place to discuss facts about the war. “This is a governmental building that should represent the history of the city, not one side or another. We want it to unify [the Lebanese]. The war is still contested and unresolved,” says el-Hallak.

'I would go straight from school to the fighters. I spent all my time there'

In view of the popularity of old postcard images of Beirut on social media, a museum about the city's history would be in high demand, says Arsan.

“A space which reflects the oral history of Beirut and how it has changed since the Ottoman period, both demographically and architecturally, wouldn’t have to be necessarily ideological or antagonistic.”

El-Hallak hopes that Lebanon will one day have a museum solely dedicated to factual information about the civil war, but thinks that the country is not ready for that yet.

However, Beit Beirut still holds enormous significance for locals who associate it primarily with the civil war. As Haidar toured the building, an elderly lady stopped him to ask for directions. Once she realised he was the architect, she broke down in tears.

“She told me she was moved by the tiles. They were the same as those in her family home that was destroyed during the war,” he explains after the encounter.

Michel Raggi was born a few streets away in 1971. By the time he was 11 years old, he had joined the 60 militiamen who controlled the building, along with a few others on the same street.

On old pictures that he has saved on his smartphone, he appears to be a skinny young boy in shorts, with thick black hair and an M16 rifle around his neck.

“I would go straight from school to the fighters. I spent all my time there. I had no social life,” he remembers.

The Barakat building was “strategically important”, he says, “but only until 1985.” Fearing it would collapse after continuous shelling, from that point onwards the fighters used it only as an observation point until the end of the war. Raggi flatly denies that Beit Beirut was used to kill civilians.

“This was the front line. There were mines everywhere. No civilians came here," he says.

'We are still divided between Christians and Muslims, between Shia and Sunnis'

As a teenager, Raggi says he fought alongside men who were all members of the National Liberal Party, founded by former president Camille Chamoun.

He remembers that the buildings facing them were controlled by Syrians, or by fighters affiliated to Shia movements such as Amal, and later Hezbollah.

“It was hell,” he recalls. “Beit Beirut should remind all the Lebanese that what we lived through was deplorable.”

But one museum is not enough, adds Raggi, who is now politically involved with the Christian Kataeb party (Lebanon's Phalange Party). For him, there needs to be a broader discussion about the conflict.

“We are still divided between Christians and Muslims, between Shia and Sunnis. There needs to be an in-depth social and political discussion so that it (the civil war) never happens again.” Culture
From Paris of the Middle East to a depressing Hollywood film set: How gentrification changed Beirut
Belen Fernandez 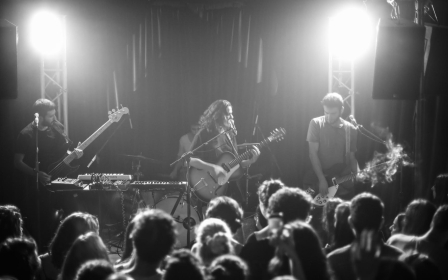