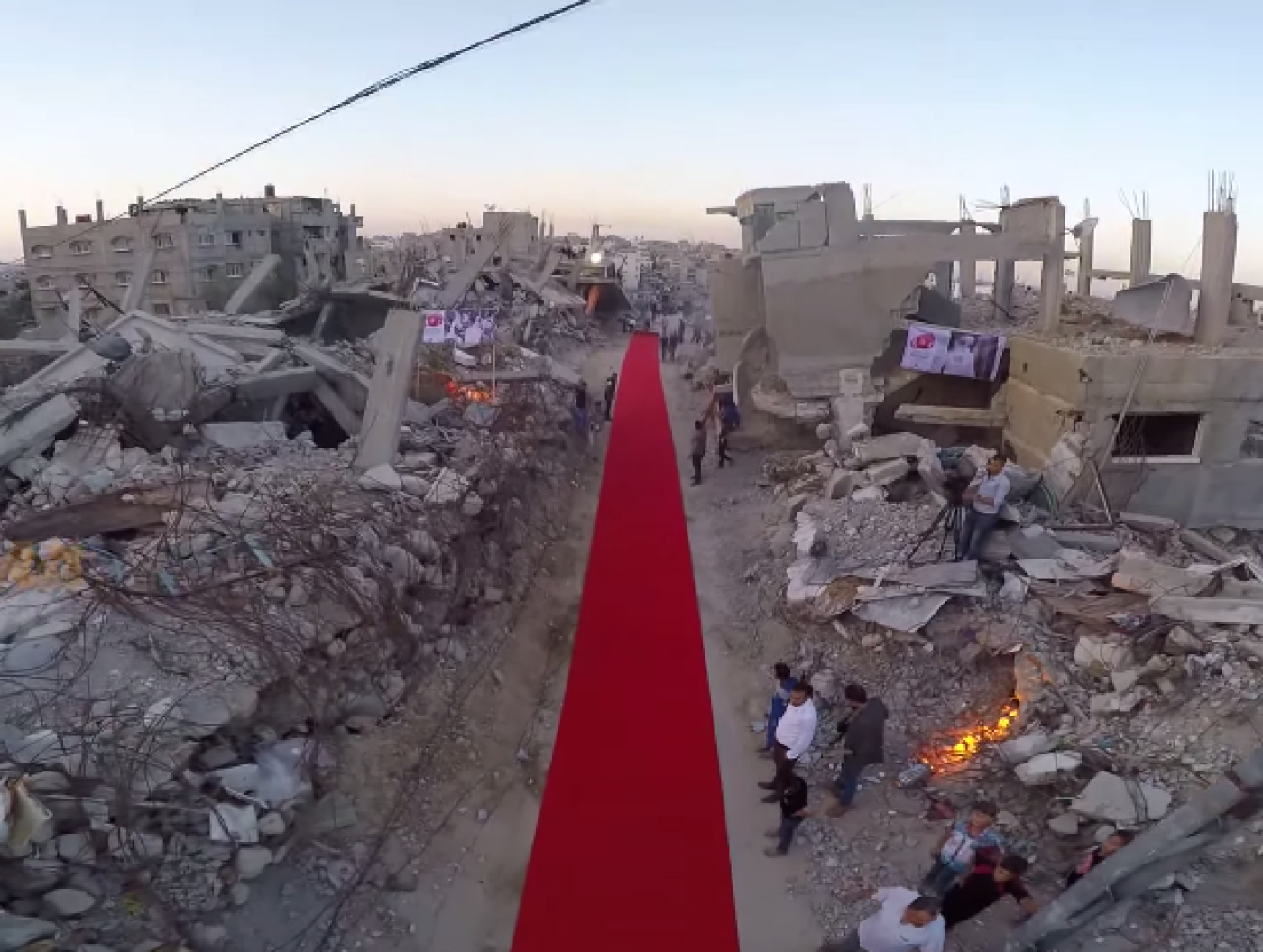 As Hollywood stars arrived in the French resort city of Cannes last week for the world’s most prestigious film festival there, another showcasing was also taking place in Gaza City.

Like its French counter-part the Karama-Gaza Human Rights Film Festival also had a red carpet, but this one ran through the ruins of houses that were destroyed during Israel’s offensive on Gaza last year. Organisers said that the red carpet is a symbol of the blood that was spilled in the Gazan district of Shejaia.

The festival, which showcased 28 long narrative and documentary films from across the world, was the first of it’s kind in Gaza highlighting human rights issues, mainly in Palestine.

Organiser Saud Aburamadan said that everyone who attended was invited to walk down the red carpet that snaked through the rubble.

"We laid down the 70-meter red carpet on one of the main roads that leads to where we screened the films, a road that has nothing but destroyed homes," Aburamadan told +972 Magazine.

Aburamadan added: ‘For us, red is first and foremost the color of so much blood that was spilled here this summer. The blood of women, men and children.’ 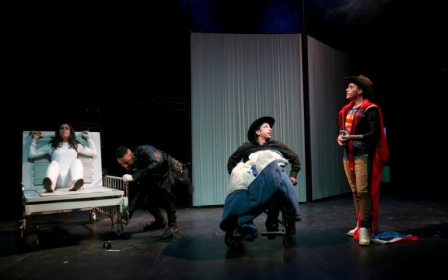