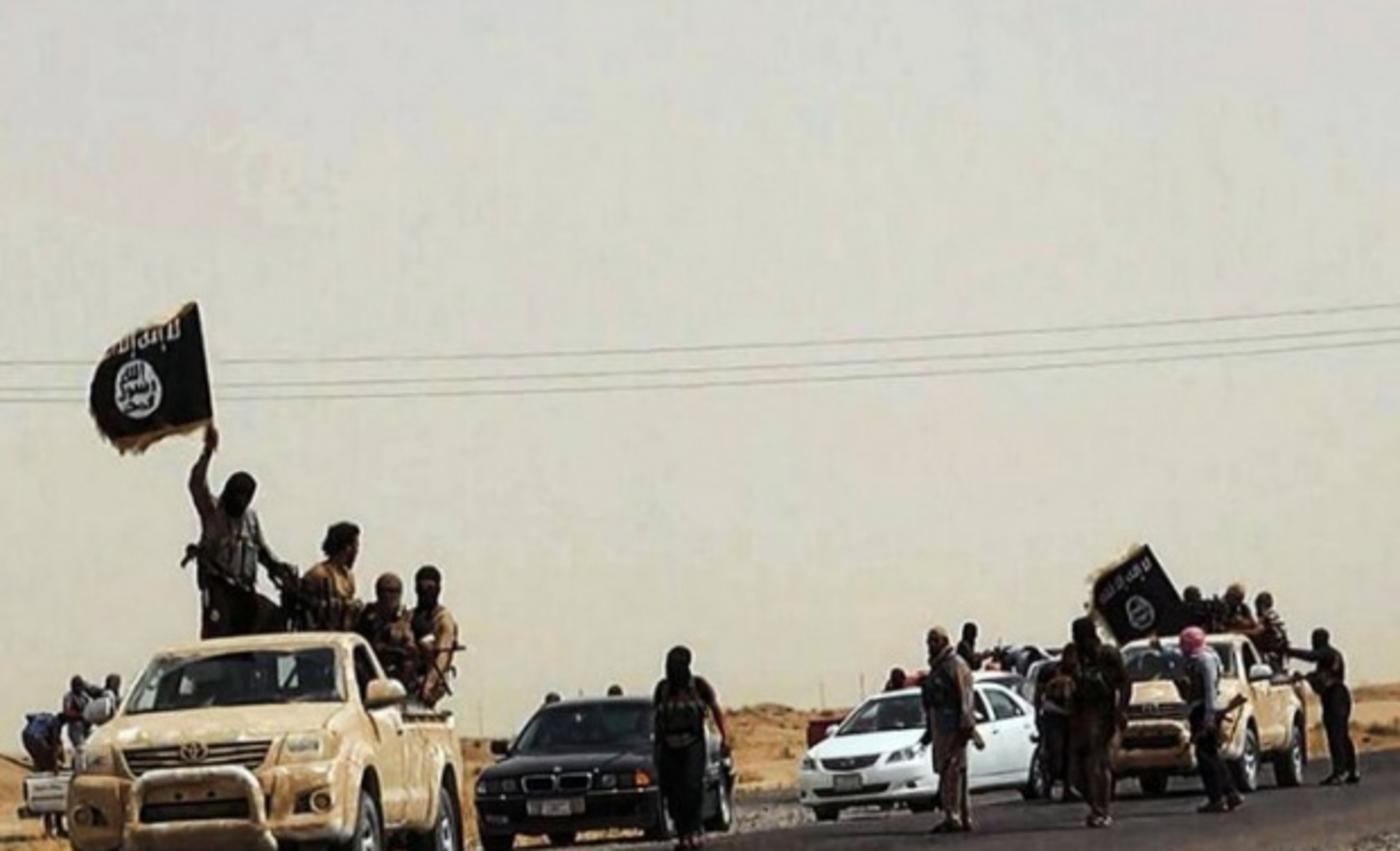 A standard feature of imperialism is that empire-induced disasters are deemed to require imperial solutions, one effect of which is, inevitably, further disaster.

Take the case of al-Qaeda, a force whose development was encouraged by US policy and military machinations. Even the imperial apologist Thomas Friedman has admitted: “It seems likely that some of the Saudi [September 11] hijackers first came in contact with al-Qaeda and went through Terrorism 101 when they signed up for the jihad in Afghanistan against the Soviets.”

The hijackers’ practical application of the lessons from their terrorism course was, obviously, 9/11. In response, the US government prescribed the War on Terror. Thanks in part to that effort, we’ve now got ourselves a caliphate in the Middle East, proclaimed by the Islamic State of Iraq and the Levant (ISIS), formerly al-Qaeda in Iraq. The new territorial entity is being attended to by US  drone strikes and other schemes by the empire and its friends.

In his just-released book The Jihadis Return: ISIS and the New Sunni Uprising, veteran journalist Patrick Cockburn sets the record straight with regard to the ongoing fiasco and the advance of ISIS - now called simply the Islamic State (IS) - and other jihadist groups. 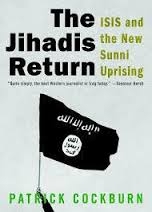 As Cockburn documents, the current predicament has much to do with the refusal to properly assign blame in the aftermath of 9/11: the Saudis and Pakistanis were exempted from accountability despite their essentially parental roles for various Islamic extremist movements. Twenty-eight pages of the 9/11 Commission Report, for example, were excised because they contained details about the links between Saudi Arabia and the perpetrators of the attacks.

The reason is simple:

“Saudi Arabia is an enormous market for American arms, and the Saudis have cultivated, and on occasion purchased, influential members of the American political establishment. Pakistan is a nuclear power with a population of 180 million and a military with close links to the Pentagon.”

The perks of jihad

As Cockburn notes, the territory controlled by current al-Qaeda-esque movements in Iraq and Syria is several hundred times larger than anything ever controlled by Osama bin Laden, and IS is much bigger, better organised, and far more militarily sophisticated than previous jihadist outfits. (Its extremism has proved too much even for al-Qaeda leader Ayman al-Zawahiri, who denounced the group earlier this year.) What in particular, then, has enabled IS to vastly outshine bin Laden’s al-Qaeda in terms of power and influence?

There are numerous answers, of course, to this question. But for starters, consider some of the perks of having a dual battlefield: “Arms supplied by US allies such as Qatar and Turkey to anti-Assad forces [fighting President Bashar al-Assad] in Syria are now being captured regularly in Iraq.”

And the perks are bidirectional; as Cockburn suggests, the Syrian government has little to look forward to, given that it “will soon be facing an emboldened [IS] fresh from its victories in Iraq and eager to show that it can do the same in Syria.”

Other factors contributing to the might of IS and its jihadist cohorts include large-scale attacks on Iraqi prisons to free fighters; funding from Saudi Arabia, Qatar, and elsewhere; alleged favours from Turkish military intelligence; and confirmed favours from the Turkish regime, which “allows weapons and jihadist volunteers, many of them potential suicide bombers, to cross its 510-mile-long border into Syria.”

When, to everyone’s great surprise, ISIS captured Iraq’s second largest city, Mosul, on 10 June, this meant that a group of perhaps 6,000 fighters had outmaneuvered security forces numbering approximately one million. Cockburn writes: “Every derogatory story I had ever heard about the Iraqi army being a financial racket in which commanders bought their posts in order to grow rich on kickbacks and embezzlement turned out to be true.”

According to Cockburn, the resurgence of ISIS in Iraq also benefited from the example of the uprising of Sunnis in Syria, while Iraqi Prime Minister Nouri al-Maliki’s persecution of the domestic Sunni population caused many of these to think ISIS maybe wasn’t so terrible in the grand scheme of things. Further abetting the rise has been the Saudis’ use of their obscene wealth to spread a demonising sectarianism, which casts the mere existence of the Shiite as an existential threat.

In the Syrian arena, it’s important to note that Cockburn doesn’t downplay Assad’s brutality nor the fact that, when the uprising began, it was a genuine popular revolt and generally peaceful. What he does do is describe how the armed Syrian opposition has been almost entirely taken over by jihadists. Meanwhile, as the takeover transpired, the West remained enamoured of the “idea that the only jihadis to be worried about are those with the official blessing of al-Qaeda.”

The moral of the story

Evidence of this romantic notion appears in Cockburn’s recounting of a Saudi plan to back a Jordan-based “Southern Front” to fight both the Assad government and al-Qaeda types, with the “powerful but supposedly moderate” Yarmouk Brigade at the vanguard. The US signalled that it was on board; however, as Cockburn notes:

“…[N]umerous videos show that the Yarmouk Brigade has frequently fought in collaboration with [Jabhat al-Nusra], the official al-Qaeda affiliate. Since it was likely that, in the midst of battle, these two groups would share their munitions, Washington was effectively allowing advanced weaponry to be handed over to its deadliest enemy.”

The moral of the story, it seems, has gone over some people’s heads. During a May 2014 speech at West Point, Barack Obama declared that the principal threat to the US now emanated from “decentralised al-Qaeda affiliates and extremists” who might take it upon themselves to “come after us” after going after Syria. The remedy? “[R]amp up support for those in the Syrian opposition who offer the best alternative to terrorists.”

The following month, Obama requested $500 million from Congress to train and equip members of the Syrian opposition who had been “appropriately vetted.” Once again, Cockburn fills in the blanks:

“It is here that self-deception reigns, because the Syrian military opposition is dominated by ISIS and by Jabhat al-Nusra… in addition to other extreme jihadi groups. In reality, there is no dividing wall between them and America’s supposedly moderate opposition allies.”

So is the return of IS & Co. simply a case of imperial blowback, a result of misguided or incorrectly executed policies by the West and its friends?

The book’s argument is that the War on Terror failed - which it clearly did, if you take the title of the project and its stated aims at face value. But there’s something to be said for maintaining a perennial enemy that mutates into ever more frightening forms; the weapons industry, at least, will be assured eternal viability.

Cockburn warns that US drone strikes and other military performances may make the whole “come after us” scenario a reality. And then, of course, we’ll find more things to destroy.

Perhaps the war’s failure is indeed its success. 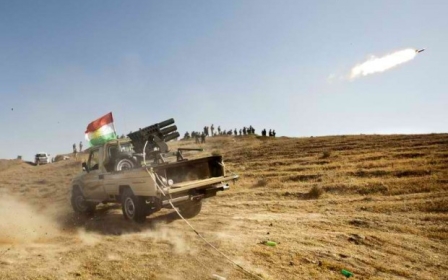 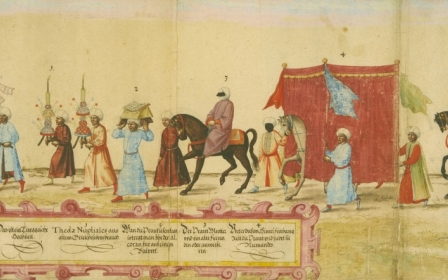 Reviews
BOOK REVIEW: Re-imagining the caliphate outside a Western prism