Child labour: A fact of life in Egypt's brick factories

While child labour may technically breach the law, for many young people it's their only way to make a living and support their families 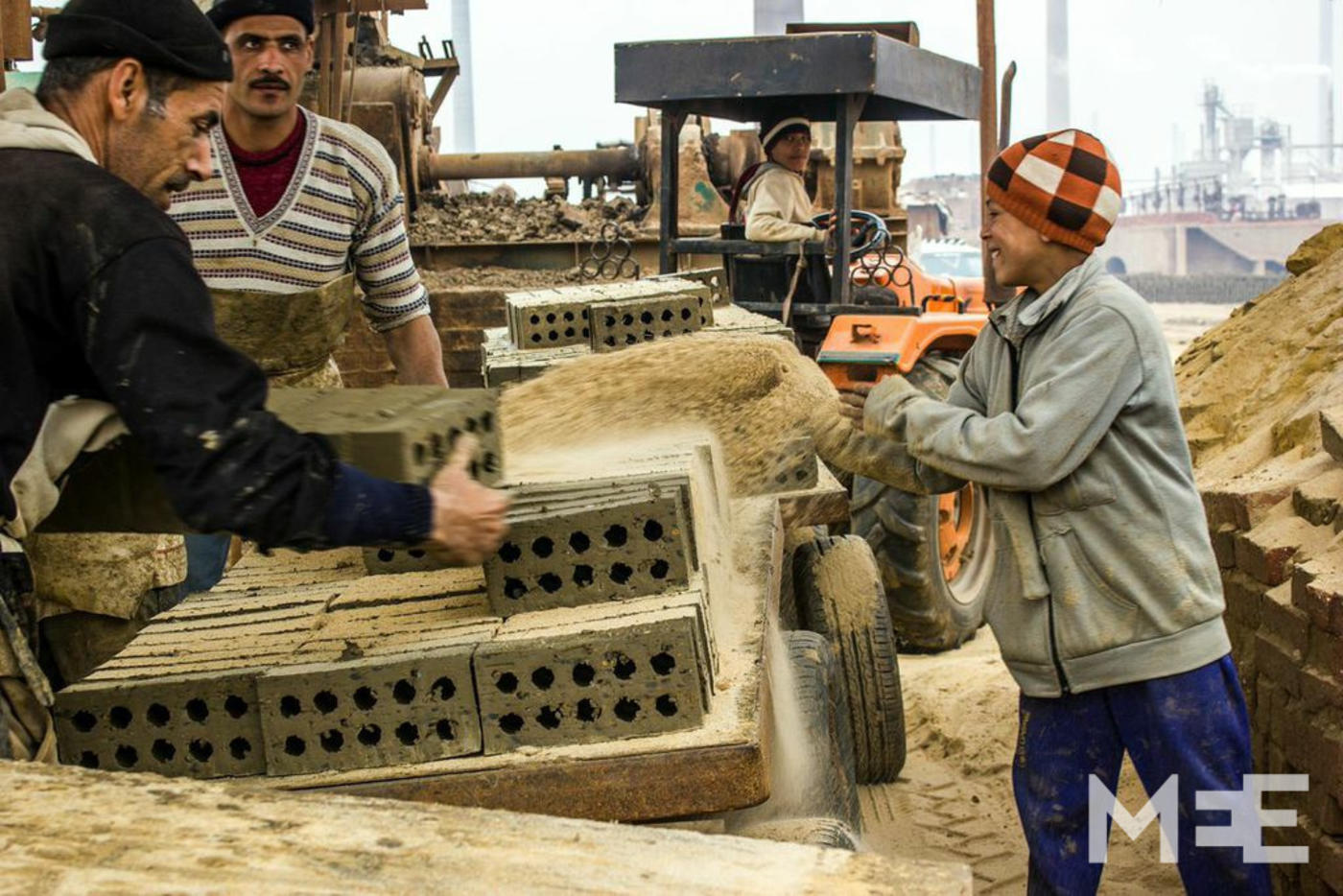 Thirteen-year-old Ibrahim Shaker throws sand on the bricks to help them set (MEE/Belal Darder)
By
Mageb Abouel Dahab
Helwan is a city located to the south of Cairo. Over the last two years or so, it has made headlines as a region that has witnessed numerous clashes between police forces and protesters. What may be less known about this region is that around 30 kilometres from the heart of the city are more than 380 brick factories, with around 150 labourers working in each.
Work at the factory starts at seven o’clock in the morning and ends at seven at night, with a daily workers' wages of between only $13-17 (100-130 Egyptian pounds).
The job varies from moving the components of the bricks - primarily sand and mud - to the brick-making machines, to moving the bricks after they emerge from the machines to an open area where they are kept in the sun for around two weeks. They then move the bricks to the ovens where they are baked in an open fire for about two hours. The bricks are then finally loaded onto lorries and are shipped all over Egypt.
The conditions in which the labourers work are extremely trying. Twelve-hour shifts of strenuous manual labour are hard enough, and done for a meagre wage. In addition to that, the workers carry out their jobs without any kind of safety equipment without suitable shoes, helmets protective headgear, and no gloves. This puts them at a higher risk of injury. In fact, injuries at the brick factories are extremely common.
The factories owners in general do not pay the labourers any sort of compensation if they are injured. If a labourer is injured and he has to stay at home, the factory owner won’t pay him anything at all. There are no syndicates or unions for these workers to demand their rights.
Many children can be found working in these factories. Technically, the minimum age for work in Egypt is 15. When a new constitution was passed in 2014, provisions were included that prohibited anyone under the age of 18 from working in hazardous conditions. It is not clear if this included employment in the construction industry. While many would oppose the idea of children working, let alone in such dangerous conditions, for many, it is necessary for survival.
The state of the economy as a whole has also had a knock-on effect on the brick factories and the workers. The whole industry has been dependent on the provision of natural gas, which the government used to provide for a low price to factories. The government has now doubled the price of natural gas on several occassions, and now only supplies them with one-quarter of the regular quantity of the natural gas that they require to maintain production.
The effect of this has been a reduction in the number of bricks the factory is able to produce. Consequently, the wages of workers have been sharply cut to the extent that it isn’t enough for their families' daily needs. Factory owners have tried to establish contact with the government in order to get back to receiving regular supplies of natural gas. All they are getting in return are words.
MEE speaks to some of the brick factory workers:

Ahmed is 21-years-old. He first started working at the factory when he was 12. The factory owner hired him as a recompense after his father’s foot slipped and he fell to his death in one of the ovens. With the family's only breadwinner now dead, they faced very real danger of starvation, so el-Fatah's mother came to beg the factory owner for a small amount of money. He refused but offered instead to let the oldest of her sons work at the factory for half the wages. Ahmed had to drop out of school and come to work at the factory. He thinks back to that time saying, “I did what I had to do. There was no other option and I had to feed my little brothers.” Asked how he felt about the factory owner refusing to give them money after his father died working in the factory, he said, “It is an obvious injustice, but I had no other option but to take his offer of work."

Shaker is a 13-year-old boy working at the factory to help his family. He works for the $6.55 that he makes each day, seven days a week, earning $46, which mainly goes towards supporting his family. When asked about his dreams, Ibrahim said he wished to grow up quickly so he can earn an adult's wage.

Abo Fahd is 42-years-old and has worked in the brick factory industry for more than 25 years. He is highly respected among the labourers because of his level of experience. They often come to him when they have disputes with each other, asking him to act as a judge between them. He recalls being “one of the first people who came here. When I started there were only 10 factories in the whole area. Now there are hundreds.” Abo Fahd adds, “Our work is very hard, but most of the workers here have no other option at all. They came here because this is their last and only resort.” Asked if he will continue working there indefinitely, he said: “I will continue working here until all my children grow up. I have seven children. Fahd is the youngest, he is seven years old. I will keep working here until all of them are able to provide for themselves, and then I will wait for my death in peace." 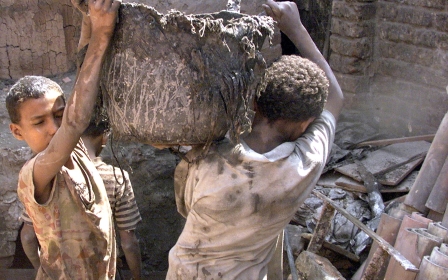