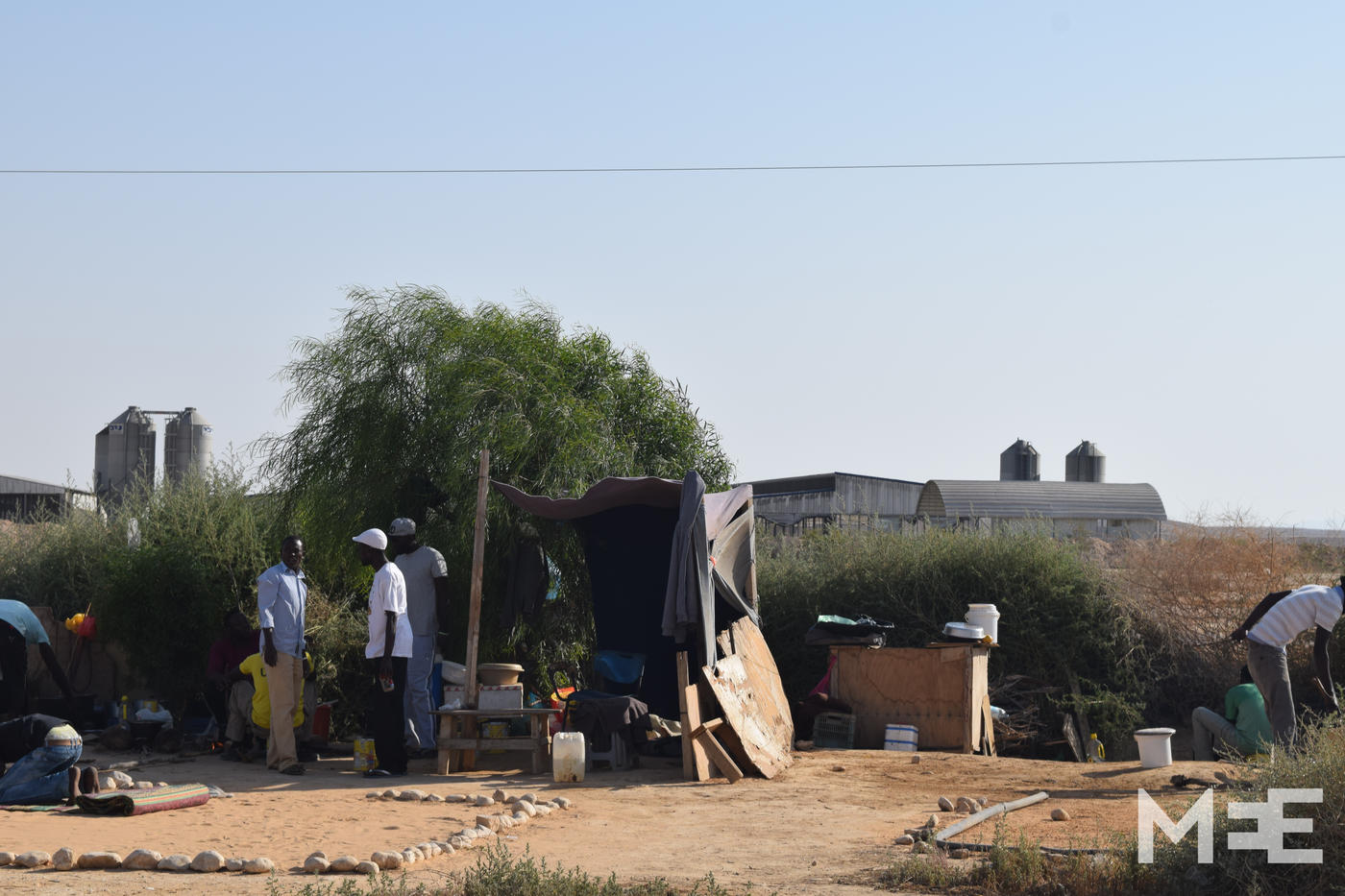 The desert wind hits the men’s faces as they gather in the late afternoon sun at the Holot Detention Centre.

Just 15km away stands the Egyptian border, where years ago many of the detainees arrived as the lucky survivors of an often deadly trek across the Sinai desert, victims of the mostly Bedouin traffickers who assured them of a better life awaiting them in Israel.

The yard just outside the prison is laden with rocks, marking off campsites where the detainees can enjoy a few hours of relative freedom in the desert landscape that surrounds the camp. Although they are allowed to leave the facility during the day they must return each evening.

Most of the men have spent hundreds of evenings like this awaiting word of their fate; either the chance to go back to Israel to work, or a return to the African countries from which they fled war, persecution and poverty.

Holot, which is home to almost 2,000 asylum seekers mostly from African countries like Sudan and Eritrea, was opened in early 2014 following protests in Israel about them being housed elsewhere in the country.

Previously, detainees could be held indefinitely, but a Supreme Court ruling last November restricted the holding period to 20 months. Nearly a year later, according to the detainees, only three applications have been processed, and authorities have yet to tell them how long they can expect to be held.

“They don’t have a plan for us. They say you can fill in a form for asylum seekers, but they don’t care. Some people applied back in 2012 and still haven’t heard back,” said Zaki, a man in his mid-30s from Darfur who has been at the centre for over a year.

“Most of the people who are refugees survived genocide. So they know if they go back [to Africa], the government might jail them or kill them. I know two people that went back and were killed because they were here in Israel.”

Jamal Yacobi, the detainees’ elected spokesperson, told Middle East Eye that despite earlier promises of educational facilities and social services, the detainees received little to none.

“When we arrived there were - and are - no schools, there are no healthcare services,” said Yacobi.

“People began to get sick because it’s too hot in the summer and very cold in the winter, so we went to the clinic, but the clinic doesn’t give you anything. If you have a headache, they give you the same tablet. You have a stomach ache, same tablet. Eye problem, tooth problem, same tablet.”

Yacobi was a teacher when Janjaweed militants destroyed his village in Darfur. After initially fleeing to Libya, he returned to Sudan only to be kidnapped and taken to Khartoum. After being freed he found his way to Cairo where he found people willing to take him to the Israeli border.

For refugees, some paying thousands of dollars, the journey across the Sinai is long and and often perilous. With Egypt having lost control of northern areas of the desert, Bedouins engaged in human trafficking have been known to harvest organs from those unable to afford their fees.

“Many brothers died on the way here,” recalled Zaki. “Then when you get to the Israeli border, the Bedouins order you to march straight towards Israel, and say, ‘if you try to come back, we’ll shoot you.’”

“When I got across the border, I was found by the Israeli army,” Jamal told MEE. “They asked me if I spoke English. I told them I was from Darfur, and they welcomed me. I finally felt I was in a good place. They didn’t care about me in Libya or Egypt.”

After applying for refugee status, Jamal worked for six-and-a-half years at a hotel in Eilat. But the growing presence of refugees stoked tensions and prompted protests, especially in the Tel Aviv neighbourhoods where many of them were housed.

Abdullah, a man in his early 20s also from Darfur, said he felt unwelcome whenever he ventured into larger towns and cities.

“I’m afraid every minute that people want to bother me. Some people just insult with small words, but small words cause great damage. In the meantime, I feel like less of a person. This is what refugee life is like,” he said.

Jamal said that Holot was, for most detainees, a better option than the alternatives.

“In 2013, there was a new law for those who are illegal, giving us three options - to go to Rwanda, Uganda or Holot. Rwanda is not my country,” he said. “In Holot, [the landscape] is beautiful on the outside as you see, but inside, not so much.”

Despite promises of education, the detainees said they had received none.

“We spoke to our social workers and told them we want to get our education,” said Jamal. “They said they would try, but after six months they told us there would be no teachers. So we decided to do something ourselves, because people get mental problems if there is nothing to do.”

Organising themselves, 18 detainees instead opened up learning clubs, teaching each other the skills and knowledge they possessed.

“The prisoners think about their families so far away. They are in camps and we are in camps. They think that they will be prisoners all their lives," said Abdullah, a detainee in his mid-20s.

“So we decided to stay together and began teaching each other skills. If there is some structure to the day, it passes quicker.”

Although the inmates are allowed to run their classes, they have not been provided with any additional resources. What little they have acquired has been by pooling their money to spend on teaching materials when one of them is able to go to Beersheba, the nearest city.

Yet, for many, life in Holot remains intolerable.

“Why are we here, what’s the issue? If we are not criminals, what are we doing here? If they do not accept us, we want to go back to Africa. We don’t like it here, it’s hell. We can’t keep going from hell to hell,” said Zaki.

In 2014, hundreds of inmates marched out of the camp in protest and went to the Egyptian border, demanding to be allowed to return to the Sinai, despite the risks.

Abdullah said that he eventually hoped to return to Africa but added that his experience in Israel had left him bitter.

“People don’t know what it takes to be a refugee. Jewish people were once refugees. They ought to know what it feels like [but] they forgot. It’s a horrible life. You are always pretending to be someone else, you are always afraid.” 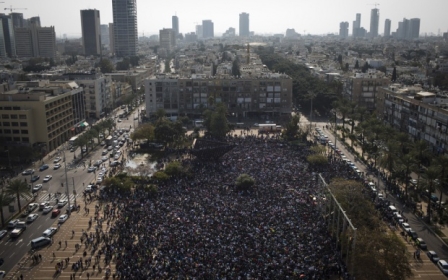 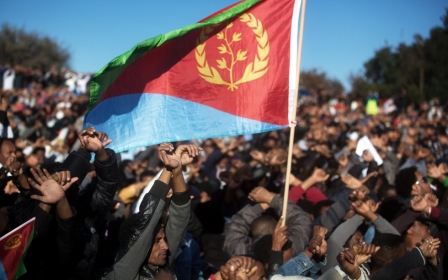 Inside Israel
The unpromised land for African refugees
Meron Rapoport 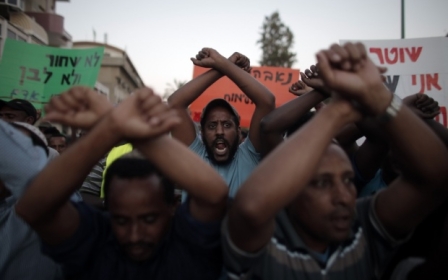