Life in the slums of Cairo 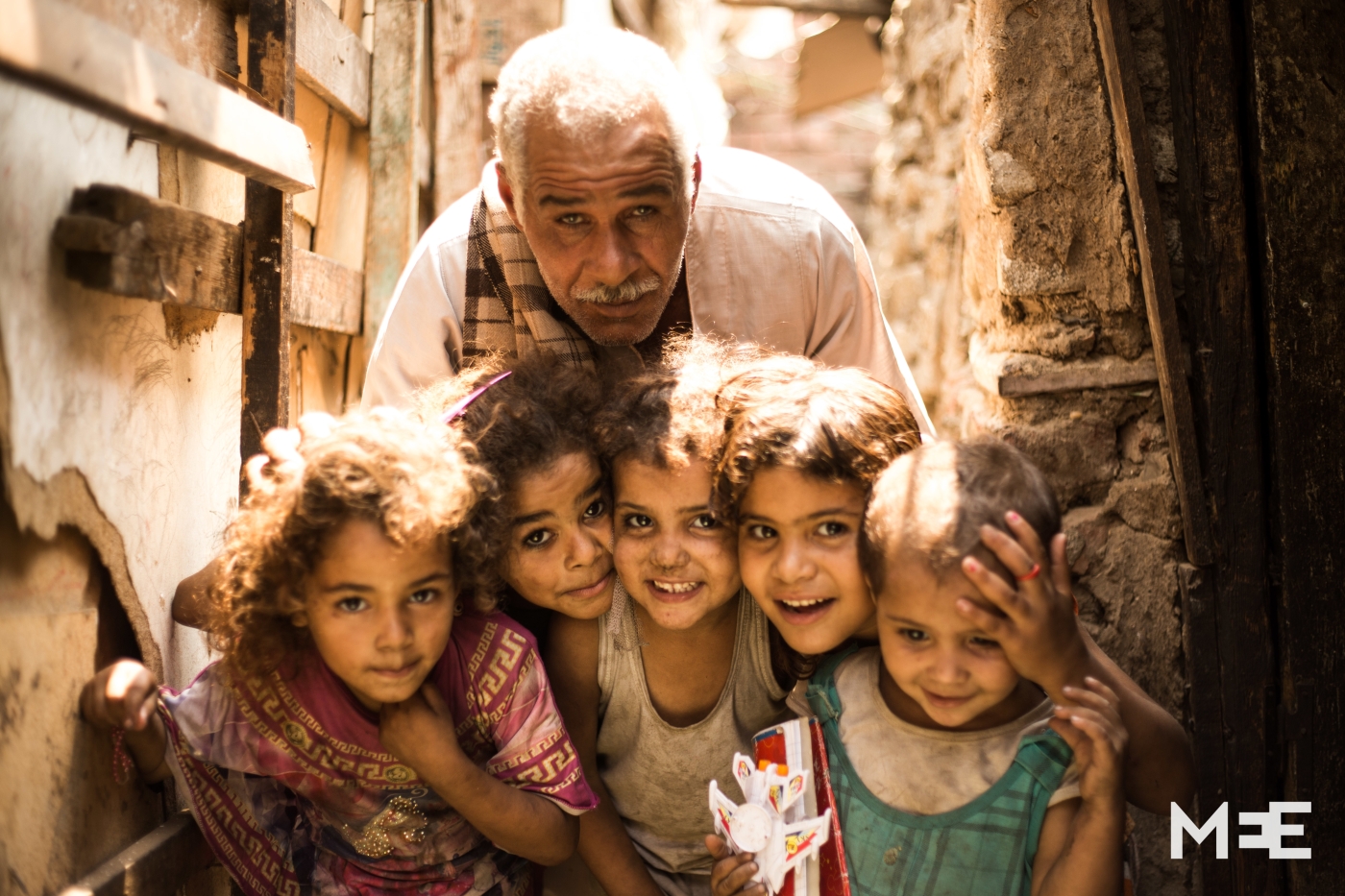 Wael Mohamed, a 47-year-old resident of the Sudan Nest slum, poses for a photograph with five of his daughters (MEE/Mariam Musa)
By
Mariam Musa

Police forcibly evacuated the inhabitants of the slum from their shoddy dwellings, using bulldozers to destroy houses in front of residents' own eyes. When angry inhabitants tried to stop the demolitions and fight back, police shot tear gas and dispersed them.

"At least those who are in prison know that their suffering will end one day," said Om Baraka, a 55-year-old resident of the Sudan Nest slum. "They dream of a better life in their homes among their families."

"People who live here are in a bigger prison, as they don't even dare to dream of a better future,” she continued as she stood on the ruins of what was her home after being forcibly evicted by police forces.

According to David Sims in his book Understanding Cairo, “Of the 17 million inhabitants living in Greater Cairo in 2009, a conservative 11 million - or 63 percent, inhabit areas that have been developed informally or extra-legally since 1960.”

These numbers have sharply increased, especially after the construction of more and more slum areas due to the increased lawlessness and diminishing security that have accompanied the political turmoil in Egypt over the past four years.

Slum areas started to crop up in Cairo in the 1950s, for a variety of reasons, including the internal migration of Egyptians seeking better living conditions, the expansion of the capitalist economy, overpopulation and high birth rates.

The social policy adopted by late president Gamal Abdel Nasser, providing low-cost housing for the underprivileged, prevented the rapid growth of slum areas, but the effects of neoliberalism associated with the policies of presidents Anwar Sadat and Hosni Mubarak were detrimental, and the housing sector became dependent on home-ownership rather than rental properties. This forced low-income families out of the formal housing system into slums for lack of affordable housing alternatives.

Mubarak tried to tackle this problem with the construction of new cities in the desert surrounding Cairo, such as Obour City and the 15th of May City. But the new cities weren’t a suitable solution, as they were far from Cairo and lacked services and fundamental institutions such as schools and hospitals.

In a recent report, the Central Agency for Public Mobilisation and Statistics (CAPMAS) said that the number of slums in Egypt was over 1,000, with more than 300 of them in Greater Cairo.

Egypt's slums exhibit a complete lack of urban planning and building control. The streets are commonly very narrow (two or three feet wide), and since there is no construction licensing, there is no light or air shafts; in fact, many of the houses there have only one floor and wooden ceilings.

Inhabitants of these areas suffer from lack of basic services, as they have no electricity, water pipes or sewage system, and as a result they are left to deal with extreme heat in the summer and the long cold nights in the winter.

A recent study conducted by the National Research Centre confirmed that there is an increase in asthma, allergies and renal failure in people who live in slums, due to the lack of drinking water and unsanitary living conditions.

Om Amro, a 58-year-old resident of the Ramlet Boulak slum, whose son Amro suffers from kidney failure and is currently being treated in a public hospital, explained her family's plight.

“I have no way to support myself. I don't even have money to go visit my son in the hospital and bring him food. I just stay here with my old mother who is just one step away from death depending on sadka (charity) of people."

Slum residents have also suffered natural disasters, such as the 2008 rockslide that killed dozens of people in the Duwayqa district.

Most of the residents of these informal areas are below the poverty line, earning less than $3 per day. They often do simple jobs such as fruit and vegetable vendor, taxi driver or security personnel.

Old women sit in front of their houses selling homemade food, while younger women work as housekeepers and babysitters in richer neighbourhoods. The children loiter in the streets looking for something to eat or a simple job to do for a pound or two.

Sheikh Saaid, a 45-year-old father who works as a potter and owns a small workshop in Bahr al-Bakar area, comments on the difficult conditions. “This workshop is the only thing I have in the whole world - if I stopped working for a day, only one day, we would have no food on the table that day.”

As if all of this wasn’t enough for the slum dwellers - the government’s only apparent solution for this ticking social bomb was forced evacuation.

The shocking videos of what happened swept social media websites that day, drawing angry reactions to the police's cruelty in dealing with the poor inhabitants.

Mohamed al-Feki, a researcher working at the Egyptian Centre for Housing Rights (ECHR) in downtown Cairo, said: “Forced and violent measures are the worst thing the government could do to tackle this problem. Instead of working on the reasons that contribute to aggravating the problem of the slum areas in Cairo, the government is choosing to create enemies among the dwellers of these habitats, and in the long term, this could lead to a wave of counter-violence against the government, and they won’t be able to blame the Brotherhood for that.” 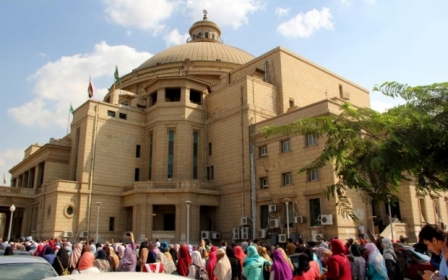 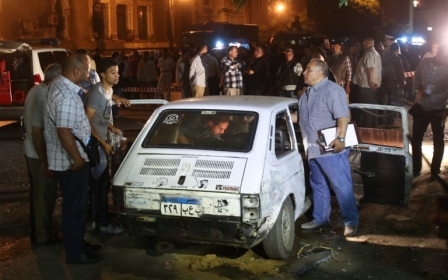