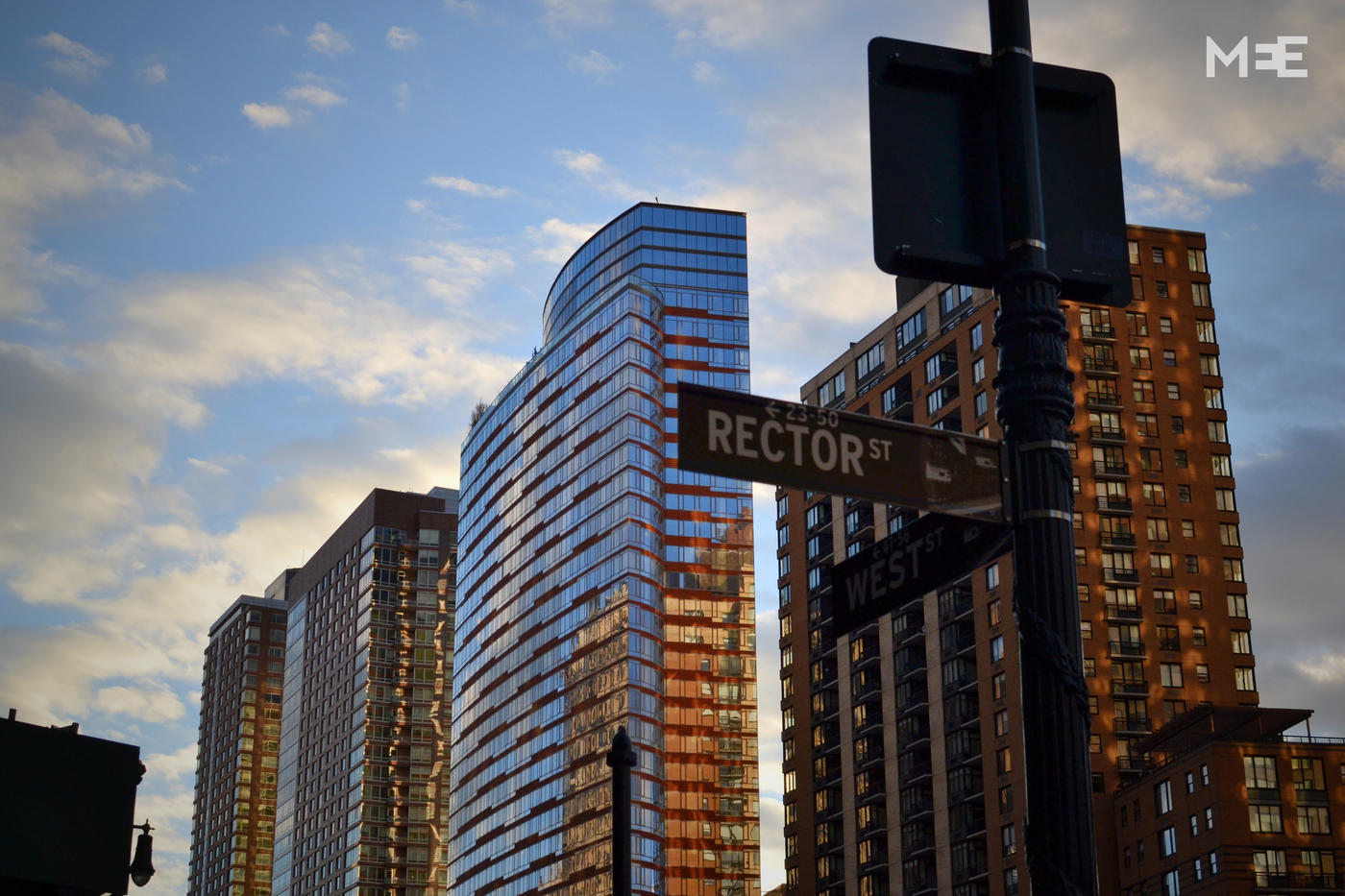 A modern view of Rector street in Downtown Manhattan, once the location of one of the only US mosque (MEE/Wilson Fache)
By
Wilson Fache

New York City is well known for its numerous ethnic quarters, like the tourist-packed Little Italy or the oddly authentic Chinatown. Far less well known however is a small neighbourhood that locals used to call “Little Syria”.

From the 19th to the first half of the 20th century, that enclave was the economic and cultural centre of the Arab diaspora in the US; that is before it was demolished in order to build a tunnel and then later, in the sixties, the World Trade Centre.

These few blocks were home to a large number of immigrants mainly coming from what was then known as “Greater Syria” (Bilad al-Sham), a region ruled by the Ottoman Empire that nowadays includes Syria as well as Lebanon, Jordan, Israel, the occupied Palestinian territories and a part of southern Turkey.

Civic associations like the Washington Street Historical Society have been advocating for years to raise awareness about the largely unknown quarter and preserve the few buildings that are left, such as St. George's Syrian Catholic Church, which is located on Washington street.

For many years is was assumed that the neighbourhood was only ever inhabited by Christians. Since there was no record of a place of worship dedicated to another faith, it was assumed there had never been one. Then a few months ago, a professor at the University of Colorado Denver doing research on early Islam in the US came across an article entitled “Mohammedans now have a place of worship here”.

Those who believe in Allah and Mohammed

Dated 25 February 1912, the story, featured in The New York Sun, describes a “Turkish chapel” for “those who believe in Allah and Mohammed” located on the third floor of a building on Rector street in downtown Manhattan.

“While the voice of the muezzin calling the faithful to prayer is never heard in New York, nevertheless the Mohammedan form of worship is carried on here,” the article proclaims. “If you were ignorant of the location of the mesjed (or masjid, the Arabic name for a mosque), you would not be likely to suspect its location, for it is well hidden.”

In the shadow of Wall Street and along the Hudson river, it appears that the Ottoman Empire had established a mosque in New York City as early as 1910. “Not only was there a mosque, but it was the mosque, one of the only mosques in the country,” Todd Fine, president of the Washington Street Historical Society, told Middle East Eye.

According to Linda K. Jacobs, author of the book Strangers in the West: The Syrian Colony of New York City, 1880-1900, although “there were lots of stories in the nineteenth century about a mosque being built,” it remains relatively mysterious as the Sun article is the only source of information regarding its existence.

The mosque’s discovery comes as Islam recently became a central issue in the 2016 presidential campaign, with Republican frontrunner candidate Donald Trump calling for a ban on all non-American Muslims from entering the United States in the wake of the San Bernardino shooting. The attack, in which 14 people were killed, was carried out by a Muslim couple believed by the FBI to have been radicalised “for quite some time”.

For Todd Fine, whose association strongly supports a better understanding of Little Syria’s past, "demonising Muslims and Arabs can only succeed so long as people remain unaware of the long and productive histories of these groups in the United States”.

"Little Syria can teach both Arabs and Americans a lesson about co-existence, tolerance and political unity”, he added.

The mosque is now long-gone, but one might wonder how this place of worship would have fared today. As findings show, hatred, not sympathy, seem to characterise the growing sentiment towards Muslims and their places of worship.

On 17 December, the Council on American-Islamic relations (CAIR), a Muslim advocacy group headquartered on Capitol Hill in Washington, released its annual findings on hate crimes targeting mosques in the US.

According to the NGO, more "mosque incidents" were recorded in 2015 than in any year since it started keeping this tally in 2009. Yet, CAIR believes it is highly likely that their findings significantly underreport the actual number of incidents, which mostly include acts of vandalism and intimidation.

November 2015 was the most significant spike, with a total of 17 mosques targeted, with all but two of those incidents occurring in the wake of the 13 November Paris terror attacks. No comparable spike was observed following the 7 January Charlie Hebdo shooting and the attack against a Kosher market in Paris, with five incidents occurring that month.

CAIR reports incidents in various locations across the country, from New York, where a pig’s head was left near a mosque under construction, to Mississippi, where several shots were fired into an Islamic Centre.

An analysis by a California State University research group cited by the New York Times corroborated CAIR's findings, stating that hate crimes against Muslim Americans and mosques have tripled since the terrorist attacks.

“Unfortunately, given the rhetoric and hateful comments being made about the Muslim community by Mr Trump and others, we were not surprise to see the increase in assaults and threats against mosques as well as individuals,” Roula Allouch, chair of CAIR's national board, told MEE.

The incident tallies, CAIR stated, reached a height not seen since 2010, when the controversy over the Park 51 Islamic Cultural Centre became an election campaign issue.

Park 51, often referred as the “Ground Zero mosque,” sparked a national controversy when opponents refused the construction of this center which was supposed to host a Muslim prayer space just two blocks away from Ground Zero.

“Wouldn’t it have been interesting if somebody had mentioned at the time that there was actually a mosque the same distance from the World Trade Centre site a hundred years before?” asked Todd Fine with a smile.

For CAIR, the fact that incidents targeting mosques have never been higher than during election cycles lends additional weight to the argument that levels of anti-Muslim sentiment follow trends in domestic US politics rather than acts of terror committed by extremists.

Most people, Roula Allouch said, don’t seem to know “how far back Muslims have been present in the United States of America, including many individuals who were brought over against their own will through the North Atlantic slave trade. Many were practicing Muslims, and kept their faith with them when they first came to the US.”

As old as the Mosque on Rector Street might be, the history of Muslims in America goes back at least as early as the 17th century when the first slave ship docked, before the United States was even founded. It is believed that an estimated 20 percent of enslaved Africans were Muslims.

The long-standing presence of Islam in the US is worth remembering at a time when American Muslims are more easily considered strangers than neighbours. For Todd Fine, the “identification of an early mosque in the heart of downtown Manhattan confirms that we are only just beginning to learn the stories of Muslims in America.” 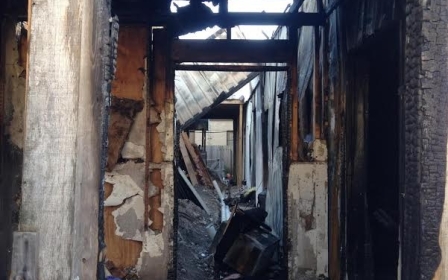 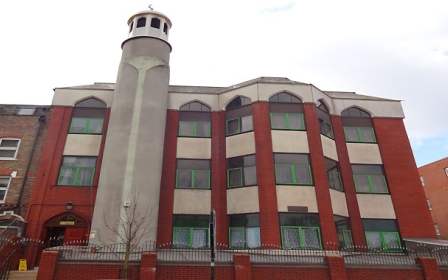 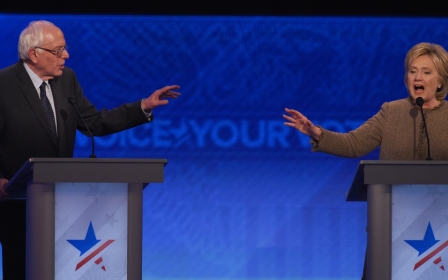