The painting of Gaza's seaport 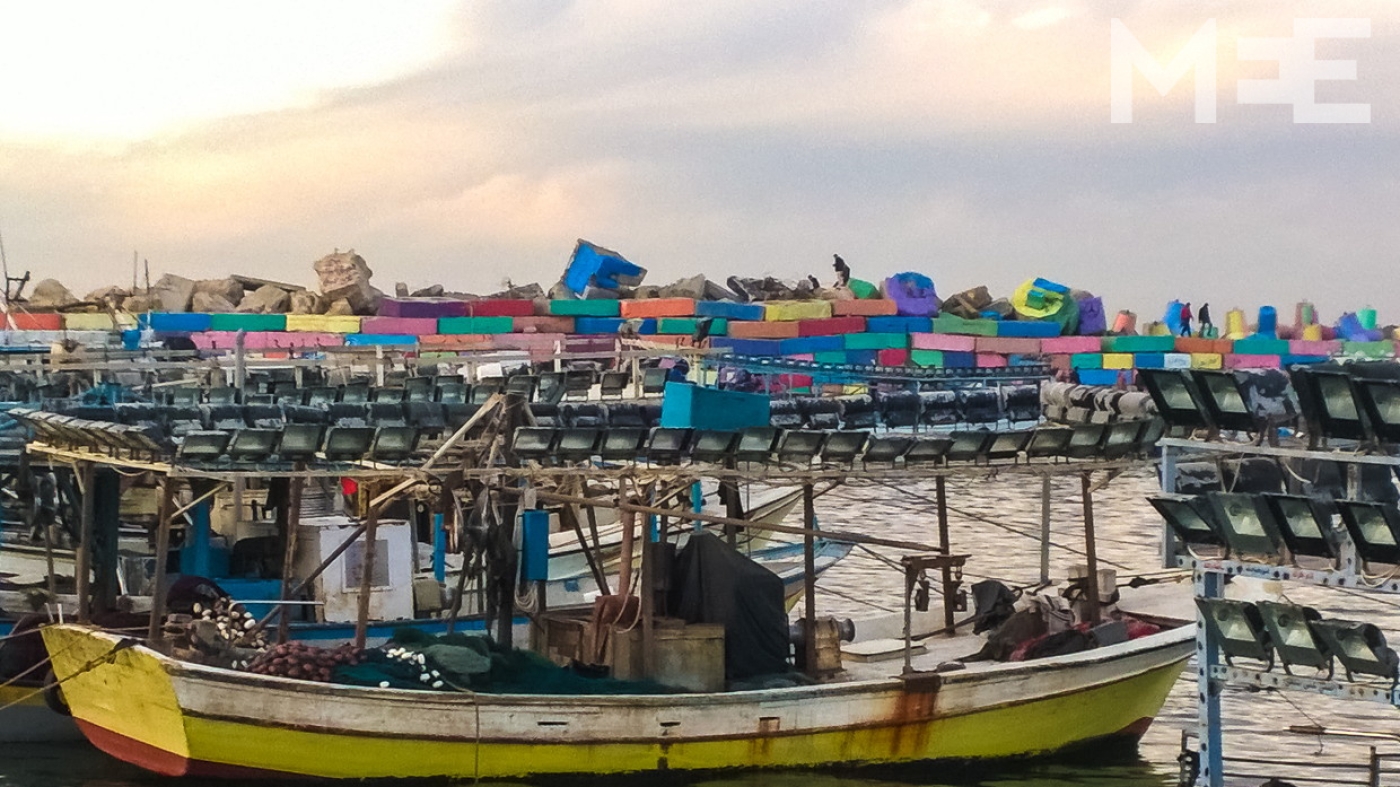 Gaza City - As the sun meets the Mediterranean sea on the horizon of the besieged Gaza Strip, the people of Gaza City like to take strolls to the end of the port, enjoying candy floss and other street food sold along the way.

In recent years, Gaza has seen three major Israeli offensives, the latest of which, Operation Protective Edge, killed over 2,000 Palestinians, including approximately 500 children. The residents of the embargoed coastal enclave are prohibited from leaving by Israel and the al-Sisi regime in Egypt, which recently labelled Hamas a terrorist organisation.

“It’s as far as we can go,” Jehad, a Gazan teenager told Middle East Eye, while walking on the pavement that leads to the end of the blockaded port. “It’s something to do.”

The port has been closed by an Israeli blockade for more than seven years. The blockade reverberates throughout Gaza, causing problems for those who need medical care outside, the students who have been accepted to study at universities abroad, and any resident who has a sense of wanderlust.

Until recently, the dull grey of hundreds of concrete slabs mixed with the more colourful boats used by Gaza’s fishermen to create a scene that was not entirely pleasing to the eye. Now, after an initiative led by the Tamer Institute for Community Education, the concrete outshines the boats.

In January, Tamer began work on a plan to paint the walkway of the port, inviting local artists and youth to work together on the project. Initially, Tamer was only prepared to paint half of the walkway.

“We only bought enough paint - which isn’t cheap - to halfway complete the project,” Ahmed Ashour, the Tamer Institute’s office coordinator in the Gaza Strip, admitted in an interview with MEE. “But the response from the community, youth in particular, was so strong, we knew we had to complete the project.”

In February, the project resumed, and by the middle of the month it was completed. “We had over 100 kids coming to paint the port. Overall, we were really surprised by the public response to the project,” Ashour continued.

The concrete was first painted in bright, playful colours. Pinks, purples, yellows, blues and burgundies are all on display. Then, in the second phase of the project, the youth and local artists were invited to use the pastel slabs as canvasses. They were allowed to paint images, phrases, song titles, poetry, and sayings like “Gaza Resists” along the wall.

The office coordinator admitted that the painting was met with curious eyes at the beginning, but once the people and authorities saw the results, they were pleased.

When walking along the port, one sees a banner that bears the words “The Port Authority: Gaza International Port.” Though the port remains under a blockade enforced by Israeli warships in the distance, the Hamas government of the Gaza Strip has announced plans to begin sending vessels on international voyages. The end of the siege, including the opening of the seaport, was one of the demands made by Hamas as part of the truce deal that ended Operation Protective Edge.

According to a report by Al-Monitor, Alaa al-Batta, the spokesman for the Palestinian governmental committee for breaking the siege in Gaza, said that they “will launch ships from the Gaza port to a number of countries…We have received approval from several countries to begin implementing maritime trips” over the next few months.

If it occurs, it will not be the first attempt to end the siege of Gaza. Though there have been many peaceful naval missions thwarted by Israeli forces, the most famous and disastrous was the Turkish Mavi Marmara.

On 31 May, 2010, a flotilla full of international activists from several organisations, such as the European Campaign to end the siege of Gaza, the Free Gaza Movement, the Turkish Foundation for Human Rights, and others, attempted to enter Gazan waters. They were stopped by the Israeli military and its use of deadly force.

Nine activists were initially killed, along with many others seriously wounded. In May 2014, the death toll rose to 10, when a Turkish activists who had been in a coma for four years died as a result of the Israeli attack. The incident caused international uproar and strained diplomatic relations between Israel and Turkey.

MEE spoke to Belal Khaled, a Gazan artist who participated in the painting of the port along with the youth, about his view of the future of Gaza’s harbour. “We look forward to the day when Gaza becomes like the rest of the world,” he said. “We hope that we will move through it freely to all nations.”

When asked if he thought that events such as the Mavi Marmara would discourage people from travelling to the port, he replied that it was possible, but he hoped it wouldn’t be the case. “We want to share our experiences and culture with artists in various countries around the world.”

Khaled said that he wasn’t surprised that the project to paint the port was so popular with the people of Gaza. “In fact, a lot of people are now visiting the port just to take pictures next to the colourful rocks and graffiti. We also used playful colours, so children love it.”

Ashour, Tamer’s office coordinator, said that another important aspect of the project was that it provided local artists with a way to use their talent. “Unemployment is very high in Gaza, across all sectors,” he said, referring to the 45 percent total unemployment, and 65 percent unemployment among the youth.

“When a student graduates from art college, what opportunities do they have?” Ashour asked. This lack of activity, according to him, can also lead to a lack of hope.

“Artists have an important skill here in Gaza: they have the ability to make things beautiful,” he concluded. 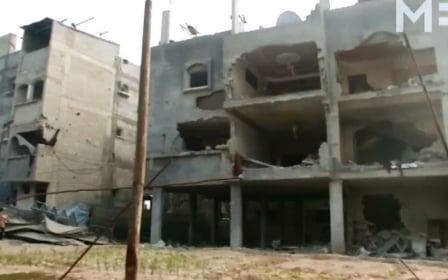