Shop owners understand the need to strengthen the Tunisian economy, but are wary of what that means for them in the short term 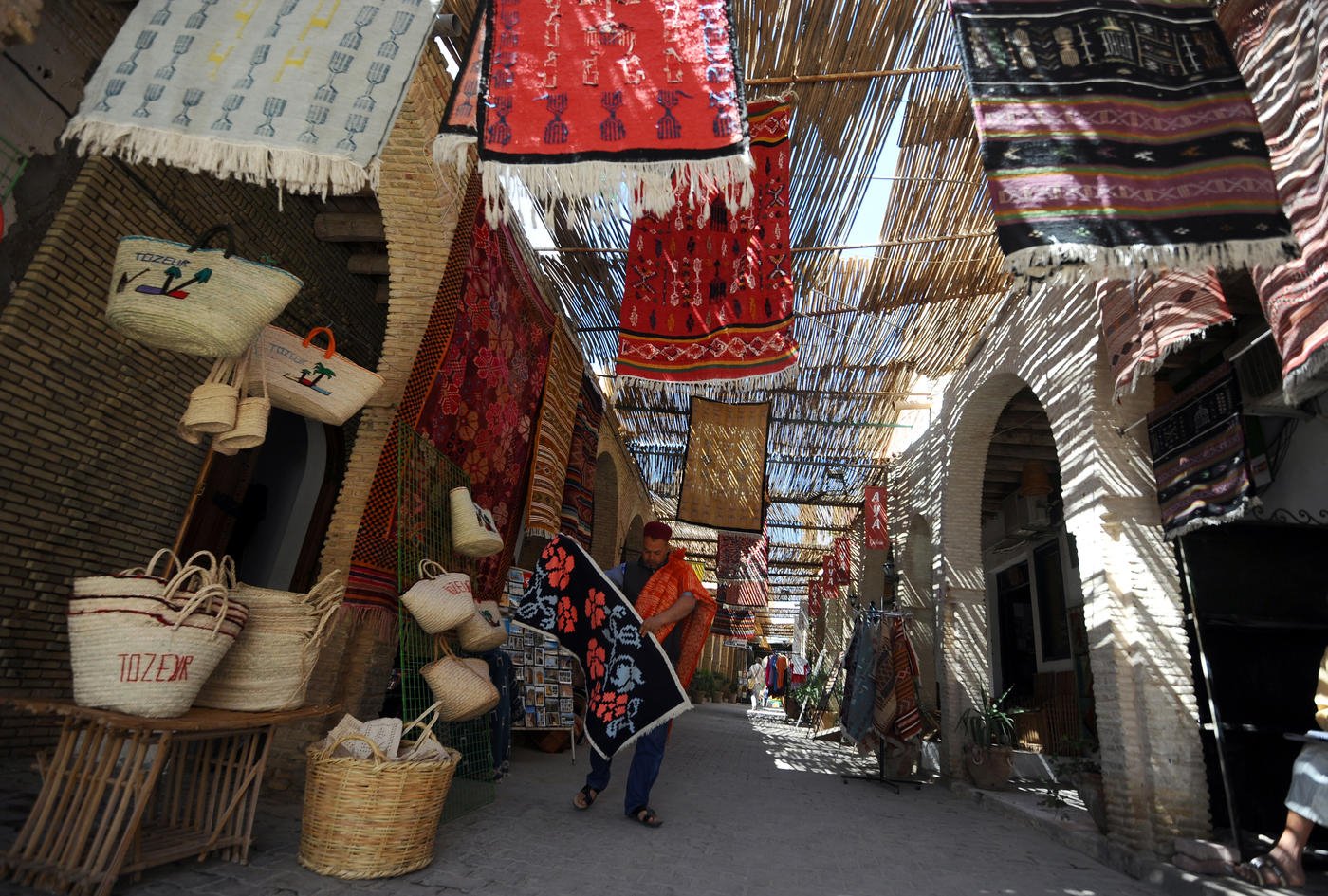 A carpet vendor displays his stock at a souq in Tozeur on 3 May, 2014 (AFP)
By
Tristan Dreisbach

Mohamed Ali’s shop in downtown Tunis sells a variety of cosmetics and personal hygiene products, from shampoo to lipstick to hair dryers. Almost everything here is imported, and that means that prices have been climbing.

“I have things like this case of hair dye. It used to be ten dinars before the revolution, now it is 15 dinars,” he told Middle East Eye.

Customers are surprised and confused by the price hikes, he says, and think that he is pocketing some of the extra money. In fact, he is decreasing his profits as prices rise so he will not lose customers.

A major factor in the rising prices of imported goods is the rock-bottom value of Tunisia’s currency, the dinar. In 2008, 1.13 dinars were equal in value to one US dollar. Now, the value has reached 1.76 dinars per dollar.

The value of the dinar has dropped in large part because Tunisia’s central bank appears to have let it fall. The bank has long intervened to limit fluctuations in the exchange rate, buying and selling currency to keep the dinar’s value relatively stable. This intervention increased in 2013, according to a central bank report, but now the currency has greater flexibility and has subsequently dropped.

This will make things tough for many Tunisian consumers and businessmen amid an already difficult economic environment where the unemployment rate is over 15 percent.

Despite the drawbacks, however, such a change was necessary, says Caroline Freund, who served as the World Bank’s chief economist for the Middle East and North Africa from 2011 to 2013 and is now a senior fellow at the Peterson Institute for International Economics.

“This is long overdue,” she told MEE.

When countries with flexible exchange rates go through difficult times, the exchange rate adjusts to give the currency a lower value, Freund said. This makes a country’s goods cheaper abroad, stimulating demand for exports and giving the economy a boost.

Freund says that in addition to boosting exports, the exchange rate will increase consumption of products produced in Tunisia. As imports become expensive, more domestic goods will be consumed, which should also benefit the economy.

Freund acknowledges that Tunisia’s recent move will have some negative effects, but believes it will ultimately strengthen the economy.

“It is somewhat painful in the short run,” she said. “Anyone who consumes importables is going to be hit hard. In Tunisia that’s going to mean some food items, and energy as well.”

Makrem Dridi works at a sporting goods shop in Tunis, selling a variety of name brand goods from abroad, including sneakers and football jerseys. He says business has been affected by the drop in the dinar’s value.

“Purchases become more expensive and profits decrease,” he told MEE. While he is willing to go through a period of reduced profits if the government’s policy will improve the national economy, he is wary of how tough things may become.

“One sacrifices as much as he can, but they should not push it,” Dridi said.

The decision to let the dinar drop may be an easier one due to the current caretaker government that took power in January 2014, as part of an agreement to end a lengthy political deadlock in 2013. While the economic consequences of a more flexible exchange rate could be politically risky, Prime Minister Mehdi Jomaa and his cabinet are officially non-partisan, and the new government to be elected in October may be able to avoid responsibility for decisions made under his watch.

The Tunisian Central Bank was faced with practical difficulties funding its efforts to keep the exchange rate stable.

“If you want to keep it at that value, you have to buy and sell currency,” Freund said. This becomes difficult “when you have more people that want to dump dinars than want to hold them.”

Amid its stagnant post-revolution economy, demand for Tunisian currency was low. The bank had to buy up dinars with foreign currency to increase their value. Tunisia’s reserves of foreign currency subsequently declined to what Central Bank governor, Chedly Ayari deemed “dangerous levels” in April 2014.

While Ali says the drop in the dinar’s value “affects everything” involved with his shop, businesses like his are also hampered by a bureaucracy that wants to limit imports so that currency will stay in Tunisia. He says this leads to an increasing amount of paperwork to bring in the goods he sells from abroad.

A lower exchange rate is also supposed to increase tourism, a pillar of the Tunisian economy that has suffered since the 2011 revolution. The number of nights booked in Tunisian hotels from January through July 2014 is down more than 23 percent compared to the same period in 2010.

If the dinar is worth less, tourists from Europe and elsewhere should find the country less expensive and be more likely to book vacations in Tunisia.

While this could be the case, Jerry Sorkin, operator of the TunisUSA tour company, says it will take effort by the government to promote the country as an affordable tourist destination.

“Most of Tunisia’s tourism is mass tourism,” Sorkin told MEE, referring to large group tours. The lower value of the dinar can help give Tunisia more of a competitive edge against other vacation spots offering similar packages.

It takes three to six months for tour operators to adjust to changing prices, Sorkin said, but the recent drop in the dinar could help attract tourists during the quieter winter months if promotion of lower prices begins now. Middle-class retired Europeans came to spend the winter in beach resort towns like Hammamet, but since the revolution, this market has dried up. Sorkin says that Tunisia could get back these clients through effective promotion of the low prices and other benefits the country offers.

Freund believes that a positive experience for Tunisia could influence others in the region to abandon their fixed exchange rate policies. Egypt and Morocco, for example, both have policies restricting the flexibility of their currencies.

While the recent drop in the dinar’s value against the dollar represents a loss of around ten percent from its 2014 peak in early March, Freund thinks it could stand to fall even further.

Arab Spring
Ex-director of Louvre charged with Egyptian art trafficking
Arab Spring
Alaa Abd el-Fattah: The revolution has not yet been defeated
Hamid Dabashi
Inside Egypt
Egypt: Why Sisi's survival depends on erasing memories of the 2011 revolution
Mohamad Elmasry 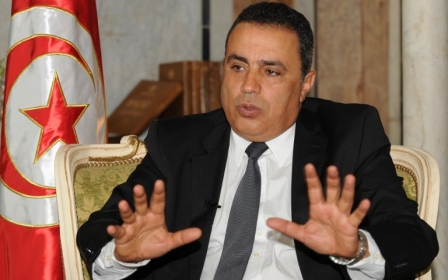 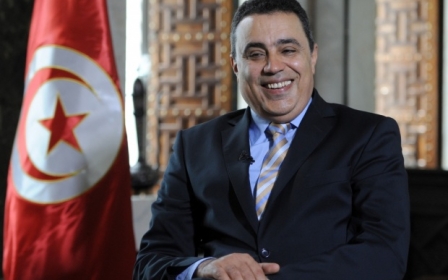