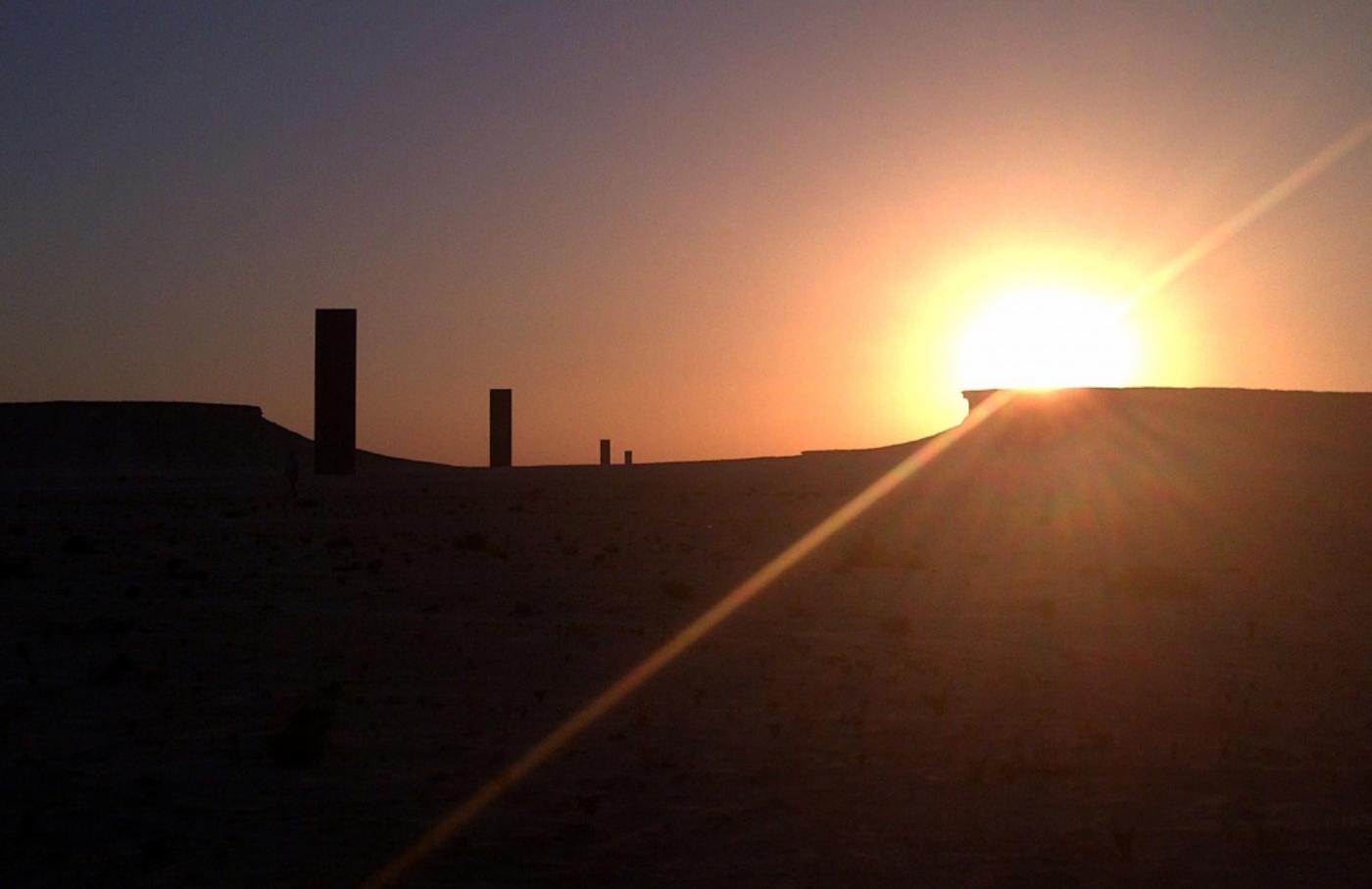 DOHA - Four steel plates rise out of Qatar's desert sands like behemoths, symbolising, according to US artist Richard Serra who created the sculpture, the connection between the wealthy Gulf state's two regions.

The sculpture, East-West/West-East, was unveiled on Tuesday in a desert area around 60 kilometres (37 miles) from the capital Doha, by the sister of Qatar's emir, who has been named by Britain's ArtReview as the most influential figure in the art world.

The sculpture, which consists of four steel plates which rise to heights varying between 14.7 metres (48 feet) and 16.7 metres (55 feet), was commissioned by Sheikha Mayassa bint Hamad bint al-Thani.

The emir's sister was named the most influential figure in the art world in a "power list" published by Britain's ArtReview magazine in October.

She has around $1 billion a year to spend on art as head of the Qatar Museums Authority (QMA), according to ArtReview -- 30 times more than New York's Museum of Modern Art.

"Sheikha Mayassa asked me if I would build a piece in the desert. I went to several deserts with... a Bedouin... and I like this desert the most," said Serra, renowned for his metal sculptures.

"The pieces connect two regions of the landscapes... it brings this peninsula together with the sea on one side and the sea on the other," the artist told reporters at the unveiling.

Qatar, which has just 1.5 million inhabitants, is trying to establish itself as the region's cultural hub.

The gas-rich Gulf state hosts several museums and galleries, including the Museum of Islamic Art, the largest of its kind in the region.

The Qatar Museums Authority bought French post-impressionist Paul Cezanne's masterpiece "The Card Players" for $250 million in 2012, making it the most expensive painting ever sold.

Qatar last year unveiled 14 massive bronze sculptures, the "Miraculous Journey", by British artist Damien Hirst charting the gestation of a human being from conception to birth.

The display on the Doha corniche, removed less than a month later following an outcry by conservatives who slammed the art work as anti-Islam idolisation, came as Qatar prepares to host the 2022 World Cup.