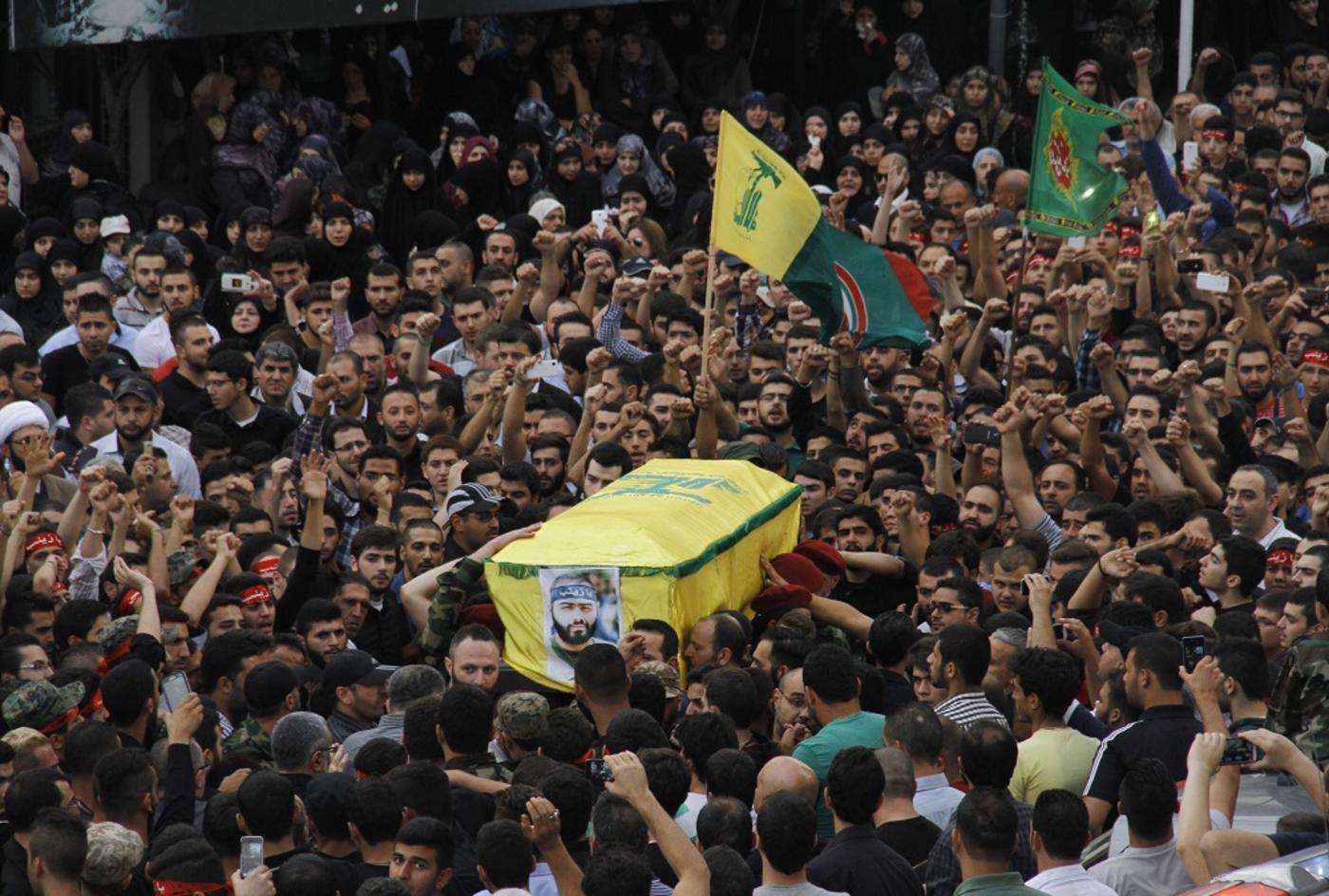 BEIRUT – As Lebanon begins to mark the start of the annual Islamic holiday of Ashura, the country has ramped up its security and is on alert to guard against any sectarian attacks.

Over ten days, and culminating this year on 3 November, Shiite Muslims commemorate the battlefield death of Hussein, the grandson of the Prophet Mohammed, who, for them, is an enduring symbol of resistance.

But Hezbollah’s fighting role in Syria has turned Lebanon’s Shiite community into a target for the militant groups they are fighting against, and threatens to bring the war closer. Now with winter coming, the group seems to be gearing up to launch fresh offensives in the border region, threatening to send tension to new highs.

This weekend the Lebanese army cracked down on al-Qaeda linked militants in Tripoli – which has a history of strife between its Sunni and Alawite neighbourhoods - and the Minyeh areas of north Lebanon. At least 27 people were killed, including 10 soldiers and two civilians, in the battles so far.

“There is a huge, dangerous plan to fuel strife that was being cooked in Tripoli and the north,” said Hezbollah leader Sayyed Hassan Nasrallah on Saturday, in a speech marking the start of Ashoura.

Army checkpoints have tightened around the sprawling Shiite neighbourhood of Dahiyeh, in south Beirut, leaving traffic entering the populated area hopelessly congested. Businesses have suffered economically, and are protected by piles of sandbags in case of a bomb.

Hezbollah, allied with the Shiite Amal Movement and the Christian Free Patriotic Movement, had seen its popularity drop in the wake of its unilateral entry into the Syrian war – a conflict that has fanned regional sectarian violence and radicalisation, and further polarised Lebanon’s fractured political system.

Today, there are an estimated 4,000 Hezbollah fighters who are fighting in Syria alongside forces loyal to Syrian President Bashar al-Assad.

But while nearly four years of civil war in Syria has exasperated divisions, it has also pushed Lebanon’s Shiites to coalesce around Hezbollah.

“Hezbollah went to Syria to defend us against [Islamic State] and [Jabhat] al-Nusra,” said Somaya, 35, from the predominantly Shia village of Zibqin in south Lebanon. “I was born with war. I have lived my childhood through war. But because of Hezbollah we now live in peace in Lebanon.”

The Hezbollah party had long been popular amongst Lebanon’s Shiite electorate for its storied history as a resistance movement, its disciplined network of institutions providing health care, education and jobs, and for an ideology rooted in political Islam.

Somaya, who was born during the decades-long Israeli occupation of south Lebanon, remembers taking shelter with UN peacekeepers when her home was shelled, and throwing celebratory flowers and rice at Hezbollah fighters after Israel’s withdrawal in 2000.

Six years later, Israel dropped bombs on Zibqin during a deadly month-long battle with Hezbollah. Homes were destroyed and cluster munitions were dumped on the surrounding tobacco fields. One bomb killed 19 of Somaya’s relatives as they gathered together for breakfast.

Israel withdrew when the risk of its ground troops being mired again in a guerrilla war grew too great, and Hezbollah declared a “divine victory” over the military superpower.

Hezbollah’s resistance museum now sits on a cold mountaintop near Mleeta in south Lebanon, commemorating its long guerrilla struggle against the Israeli occupation. The hushed atmosphere and extraordinary views to the Mediterranean Sea seem a long way from Lebanon’s new frontlines along the impoverished and crowded city of Tripoli and the northern Bekaa Valley, which is dominate by brown fields, squalid cinderblock homes and impoverished refugee settlements, and on its northernmost point.

Hezbollah leader Hassan Nasrallah has rhetorically backed the Syrian regime since May 2011, but it was nearly two years later before he publicly announced Hezbollah was fighting inside Syria against “takfiris” another name for Sunni militants.

The Syrian rebellion threatened to interrupt the strategic relationship between Syria and Hezbollah’s benefactor Iran, and the critical financial and material supply routes that Hezbollah depended on, as well as a Syrian base for weapons and training.

Hard-won military victories by the Syrian army and Hezbollah inside Syria – in key areas along the Qalamoun and Damascus highway to Homs and the coast – have intensified sectarian politics and increased targeted attacks inside Lebanon.

This past year, suicide bombers have targeted the Iranian embassy in Beirut, as well as strong Hezbollah constituencies like Dahiyeh in Beirut’s southern suburbs and Hermel in the Bekaa Valley. Militant groups like the Islamic State (IS) and the al-Qaeda-affiliated Jubhat al-Nusra (JN) are gaining popularity in cities like Tripoli and Sidon.

Meanwhile, IS and al-Nusra fighters have been driven into the Qalamoun mountain range along the Lebanese border with Syria, where they are trapped as winter approaches. They are surrounded by Syrian troops on one side, the Lebanese army on the other, and a Hezbollah presence on both.

The militants want to secure a base in Lebanon’s predominantly Sunni town of Arsal, in the mountain’s foothills, which is largely sympathetic to the Syrian rebellion, and which currently hosts over 35,000 Syrian refugees.

In August, a battle in Arsal between militants and the underequipped Lebanese army left over 100 fighters and civilians dead and IS and al-Nusra are currently holding around 27 Lebanese soldiers and police hostage. Three have been executed so far.

“The takfiris are incapable of invading the Bekaa Valley because they are surrounded and trapped,” Nasrallah announced after al-Nusra attacked the Shiite border town of Brital this month, leaving eight Hezbollah fighters dead.

“These militants only have two options: either to die from cold or leave in civilian clothing to Lebanon and Syria.”

Lebanese journalist Radwan Mortada believes the morale amongst the rebels in the Qalamoun has gravely diminished. “You have to differentiate – Nusra are fighters, while the others are militants. The militants will fight, then throw away their weapons and run. Most are militants, not fighters.”

On the other hand, support for Hezbollah has only increased in some quarters.

“When Hezbollah intervened militarily there were mixed feelings among supporters. They were not ready to fight an Arab and Sunni Muslim foe, and people are tired of war,” said Sahar Attrache, a researcher with the International Crisis Group. “The jihadist threat was not like it is now.

“But the military victories inside Syria, the bombings inside Lebanon and an obsession with ‘takfiris’ has changed their mentality gradually,” she added. “Hezbollah and the regime were able to make this war a matter of life and death. Now people need to keep going – they have gone too far to turn back.”

The price of failure is perceived to be huge.

“The Shiite saw how the war became sectarian in Syria,” said Mortada. “Those who were against Hezbollah entering the war in Syria now think – what if they didn’t? Then the Syrian militants would have resupply areas and the ability to invade Lebanon. Just like what happened in Mosul.”

The cost to a badly fractured Syria continues to mount. The UN estimates nearly 200,000 people have died since the start of the Syrian conflict in March 2011, although real casualty figures are may be much higher.

The United Nations High Commission for Refugees (UNHCR) has registered over 3 million Syrian refugees, with more than 1.1 million in Lebanon. Their future turned even more uncertain this week when the Lebanese government voted to bar further Syrian refugees from entering the country. Inside Lebanon
Lebanese army push into militant stronghold in Tripoli Inside Lebanon
Border blast was sending a 'message' to Israel: Hezbollah