VIDEO: The pigeon-trainers of Beirut

Pigeon training can be a lucrative business in Lebanon 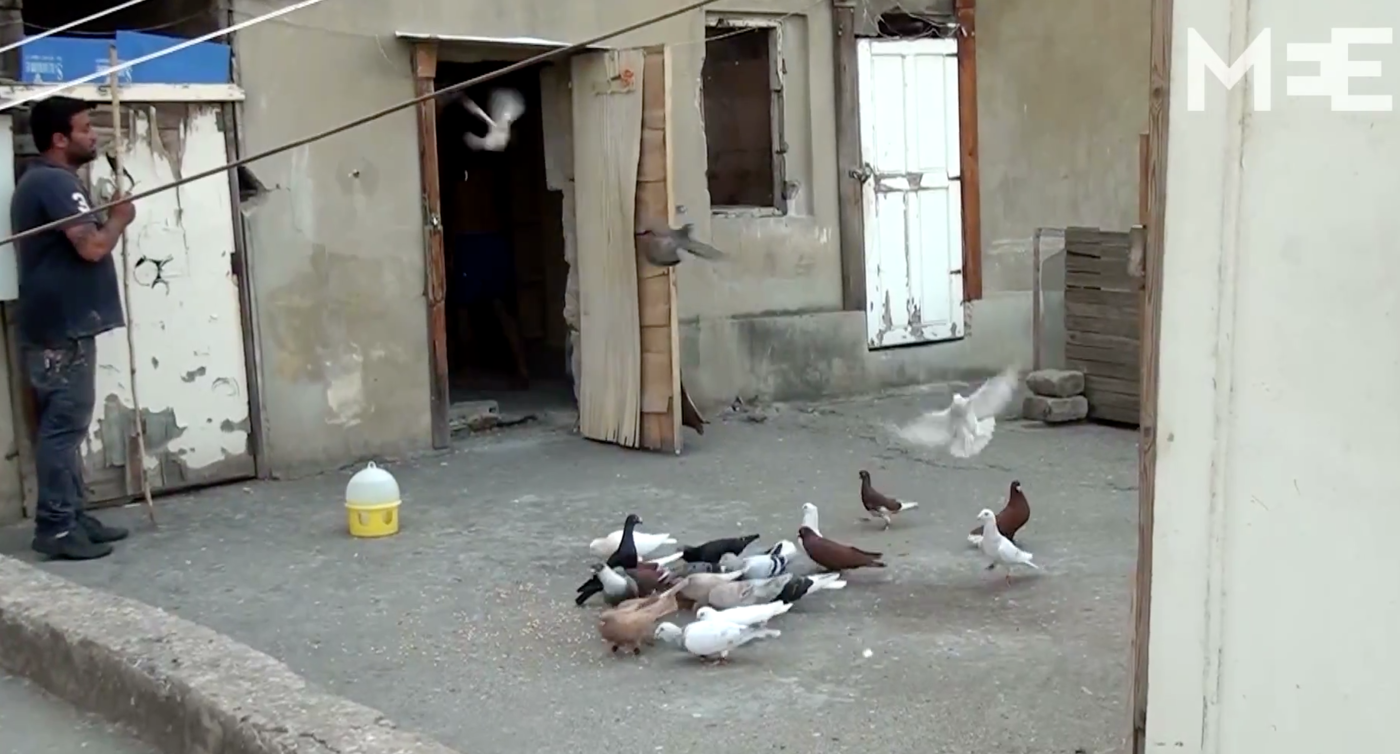 Any afternoon, raise your head in Beirut and you will see dozens of pigeons flying in circles. But then they disappear onto the distant rooftops, where they live in cages. They are trained by people like Ahmad, who spend three hours every day taking care of them, feeding them and letting them out to fly once again.

For them it's a hobby. “Some children like to play football, others basketball, (growing up) I liked to train pigeons,” said Toros, who has been training pigeons for half a century, since he was 12 years old. He comes out every day of to give food and water to his birds and spend at least a couple of hours with them.

But it's not only a hobby. Pigeon trainers can make money too, as they can raise pigeons and then sell them for up to $100.

While pigeon training is a hobby that is present throughout the Middle East, this video tells the story of two pigeon trainers from Beirut.