Who was Ashraf Marwan? A Netflix film fails to tell us 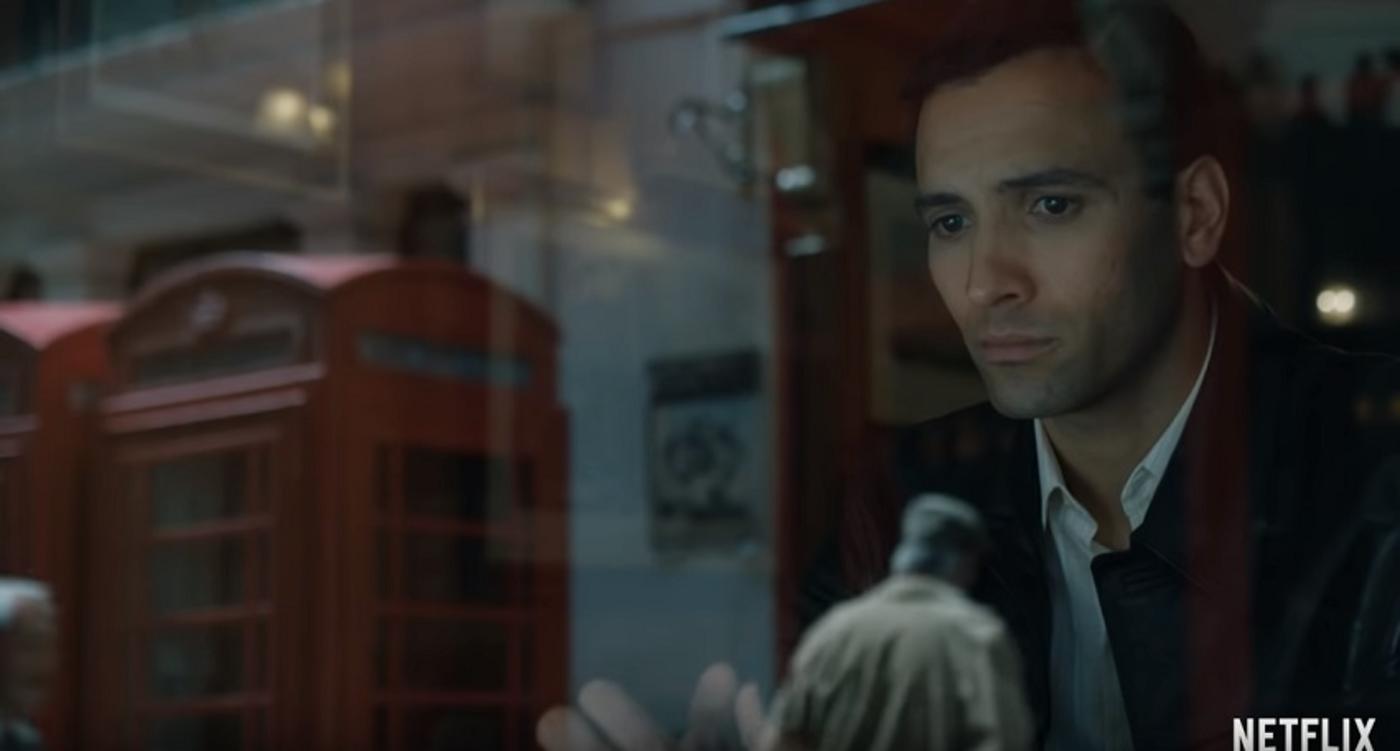 Was Ashraf Marwan, the son-in-law of popular nationalist president Gamal Abdel Nasser, one of Israel's most valuable assets or was he a cunning double agent whose services were never fully disclosed by Egyptian intelligence?

The answer to one of the biggest riddles in modern Middle Eastern intelligence remains elusive. Yet according to Israeli filmmaker Ariel Vromen, there's only one retort to this question: Marwan was unquestionably the man who saved Israel from an absolute demolition by the Arabs during the 1973 war.

That is the main rationale behind the latest Netflix production, The Angel, a film designed to promote an Israeli nationalistic narrative rather than investigating the mystery behind Nasser's controversial son-in-law.

The first minutes of the film sets the tone for the rest to come.The Angel is by no means an exhaustive historical document, it is a sensationalistic, naive spy thriller aimed first and foremost to titillate than to inform.

In one scene, Muammar Gaddafi’s blatant offer to the demure Marwan to "try Libyan women" is a particular low point. The Angel is an expensive production with the look and feel of tacky b-movies. Even the mandatory, dim, smoky cinematography comes off as a send-up of spy thrillers.

Born in 1944 to a family of high-ranking officials, Marwan studied chemical engineering at Cairo University. After graduation at the age of 21, he met Nasser's daughter, Mona, in 1965. She was 17 at the time, and he married her a year later.

According to reports, Nasser was suspicious of Marwan's intentions and may have treated him with distrust until his death in 1970. In 1968, Marwan, Mona and their newborn son left for London so Marwan could study for a masters degree in chemistry.

Played by Tunisian-Dutch actor Marwan Kenzari, Ashraf Marwan is misunderstood and mistrusted by his demagogic father-in-law, who mocks him at the beginning of the film for suggesting that relying on the Soviets may not be the wisest strategy to defeat the Israeli enemy.

His occasional gambling and partying are not depicted as signs of a potentially irresponsible personality but more of distractions from Nasser's hostility towards him. Rejected and underappreciated, Marwan gradually grows to resent Nasser and everything he represents.

According to the film, when the latter orders his return to Egypt and threatens to suspend the family allowance he received, a penniless, desperate Marwan reaches out to Israeli intelligence through a telephone booth, only to be dismissed by the phone operator.

Nasser's death shortly afterwards in September 1970 restores balance to Marwan's life. Soon he gains the trust of Nasser's successor, Anwar al-Sadat, played by Iraqi-Israeli actor Sasson Gabai of The Band’s Visit fame. Marwan assists him in defusing an attempted coup engineered by members of the Nasser cabinet in 1971.

His official position as a close aide of Sadat makes him a target for the Israeli intelligence upon his return to London. Marwan's inquiry from the phone booth, it transpires, had been recorded by the Mossad, who exert little effort via mild blackmail in recruiting the obliging Marwan.

From then on, Vromen chronicles Marwan's thorny relationship with the Mossad as his influence in the Sadat administration grows. The double life he leads starts to hurt his marriage, forcing him to question his role in a war that he deems idiotic. Marwan's love for Mona, played by Palestinian actress Maisa Abd Elhadi, is never questioned. He repeatedly fends off the copious sexual advances of British socialite, Diana Davis, who is played by Hannah Ware, in one of the many fictitious episodes devised by Vromen to up the tempo of the film.

The film is laced with hackneyed dialogue such as: "I'm a strong woman, but I have my limits," Mona declares in one scene. "If you're going to play like you're James Bond, you have to go all the way," Diana tells Marwan in another.

The Angel is based the account by Israeli professor and former Israeli army intelligence analyst, Uri Bar-Joseph. His 2016 The Angel: The Egyptian Spy Who Saved Israel, is an expose of Marwan's story in which he leaves little room for doubt about Marwan's loyalty to Israeli intelligence.

Despite the sharp division in the Israeli intelligence community on Marwan, whose questionable identity as an Israeli spy was revealed in 2002 by the London-based Israeli historian Ahron Bregman, Bar-Joseph and Vromen have taken his tale at face value, pumping it up with simplistic motifs and trashy pulp elements.

Contrary to several accounts which describe Marwan as charismatic, humorous and confident, in The Angel, Marwan is depicted as a vulnerable, unconfident young man, emasculated by the contempt of his father-in-law.

From the get-go, Vromen implies that Marwan is a man of peace. While Nasser's discourse is centred on reclaiming Sinai, Marwan appears to be more concerned about the sacrificed Egyptian lives in the 1967 war. Egypt's casualties during the Six-Day War reached more than 11,000.

"What's more important: our land, or our people?" he grills his father-in-law in a heated public confrontation at the Egyptian ambassador's house in London in July 1970. Later on, he tells his wife that her father is "blinded by his hatred of me. He shuts me out every time."

At the core of the best espionage dramas is one major moral conundrum: how can a morally upright man uphold his principles in an otherwise morally ambiguous world? This ethical shadiness and moral uncertainty of The Spy Who Came in From the Cold (1965), Our Man in Havana (1959), or Tinker Tailor Soldier Spy (2011) allow no room for easy answers. There are no victors in the ultra-realistic worlds of John le Carré or Graham Greene and no tangible resolutions. And, most imperative of all, no heroes. The Angel, by comparison, is more definite, more self-righteous.

Marwan never questions the validity of his actions. He barely shows any signs of regret or inner torment over his possible betrayal of his country, confirming in the process that Israel's cause is just. His ultimate goal, it transpires, is not personal glory, or even money - despite the fact that the man received upward of $3m over the years, another fact Vromen intentionally disregards to underline.

Spying for an enemy country

According to Vromen, Marwan promptly informed the Israelis about Sadat's plans to wage the Yom Kippur war of 1973 a day beforehand, propelling them to mobilise their troops and subsequently minimise both territorial losses and lives.

Without Marwan's warning, it has been claimed, the entire Golan Heights could have been lost. Contrary to these reports though, Marwan is depicted in the film as one of the engineers of the war, advising Sadat to wage his surprise attack on the day of Yom Kippur. His rationale? "We want to weaken Israel without destroying it so that there would be space for peace," he tells Sadat.

But according to several reports, Israel decided not to order a general mobilisation based on Marwan's tip because he was suspected of being a double agent.

According to Vromen, Marwan's actions were responsible for saving lives on both sides. Spying for an enemy country, according to this logic, is thus not immoral, provided that it's a righteous state like Israel.

From the outset, The Angel may appear impartial and empathetic to Egypt's efforts in regaining its lost land, while never questioning Israel's efforts in defending its existence amongst its hostile neighbours.

Vromen begins his movie with a brief introduction about the inflammatory political stand-off between Israel and the Arabs, reducing the complex situation of the time into bullet points containing no explanation of why the Arabs were fighting Israel or for what actions the Palestinians were retaliating.

In May 1948, more than 750,000 Palestinians were forcibly displaced from their towns and villages in the Palestinian territories in the wake of Israel's establishment, in what Palestinians call the Nakba (the catastrophe). They have not been allowed to go back to their land and have since been fighting for the right to return, affirmed by UN resolution 194.

In the 1967 war, Israel triumphed against Syria, Egypt and Jordan, occupying the Sinai Peninsula, the Golan Heights, the Gaza Strip and the West Bank, including East Jerusalem. Israel's victory paved the way to its sweeping illegal settlement programmes in the West Bank, none of which is mentioned in the film.

At the core of Vromen's film is the prevalent Israeli perspective of the Six-Day War: that the Israeli strikes were pre-emptive measures against Nasser's incessant threats. Vromen casts Arabs as the perpetrators, an uncaring horde blinded by their pride and their thirst for a vacant victory. None of the key events such as the Israeli Operation Kadesh in Sinai in October 1956 are referenced. The Angel is abundant with half-truths.

Still respected in Israel, Sadat emerges as the antidote to Nasser: a sane, compassionate, straitlaced leader thrust into a war that was not of his making. Throughout the film, Sadat remains a voice of reason. He has no other choice but to retrieve Sinai, yet he is also sincere in playing by the book. Near the end of the film, he expresses his qualms about attacking Israel "in their holiest day of the year".

In that sense, and like all the characters in the film, he's a caricature employed to mask the palpable message of the filmmakers.

Marwan fell to his death from his London apartment balcony in 2007. Some believe he was killed by Egyptian intelligence, while his wife insisted that the Mossad was the real murderer. According to accounts from his family, on the day that Marwan died the only existing copy of his memoirs, which he had almost finished, allegedly went missing from his personal bookshelves.

"Even if you tell the truth, no one believes you," Marwan says in the film. No one knows the full truth behind the life and death of Ashraf Marwan. To therefore present one version of the story as the ultimate truth without casting a hint of doubt over its veracity cannot be interpreted as anything but an act of political propaganda.

The Angel is currently streaming on Netflix. Culture
In the shadow of 9/11 with director Ali Selim: 'Islam has been hijacked' 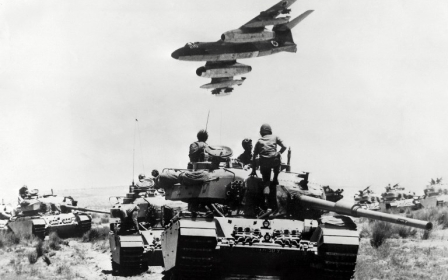 Occupation
1967 War: How a euphoric Israeli victory turned into a nightmare
Richard Silverstein