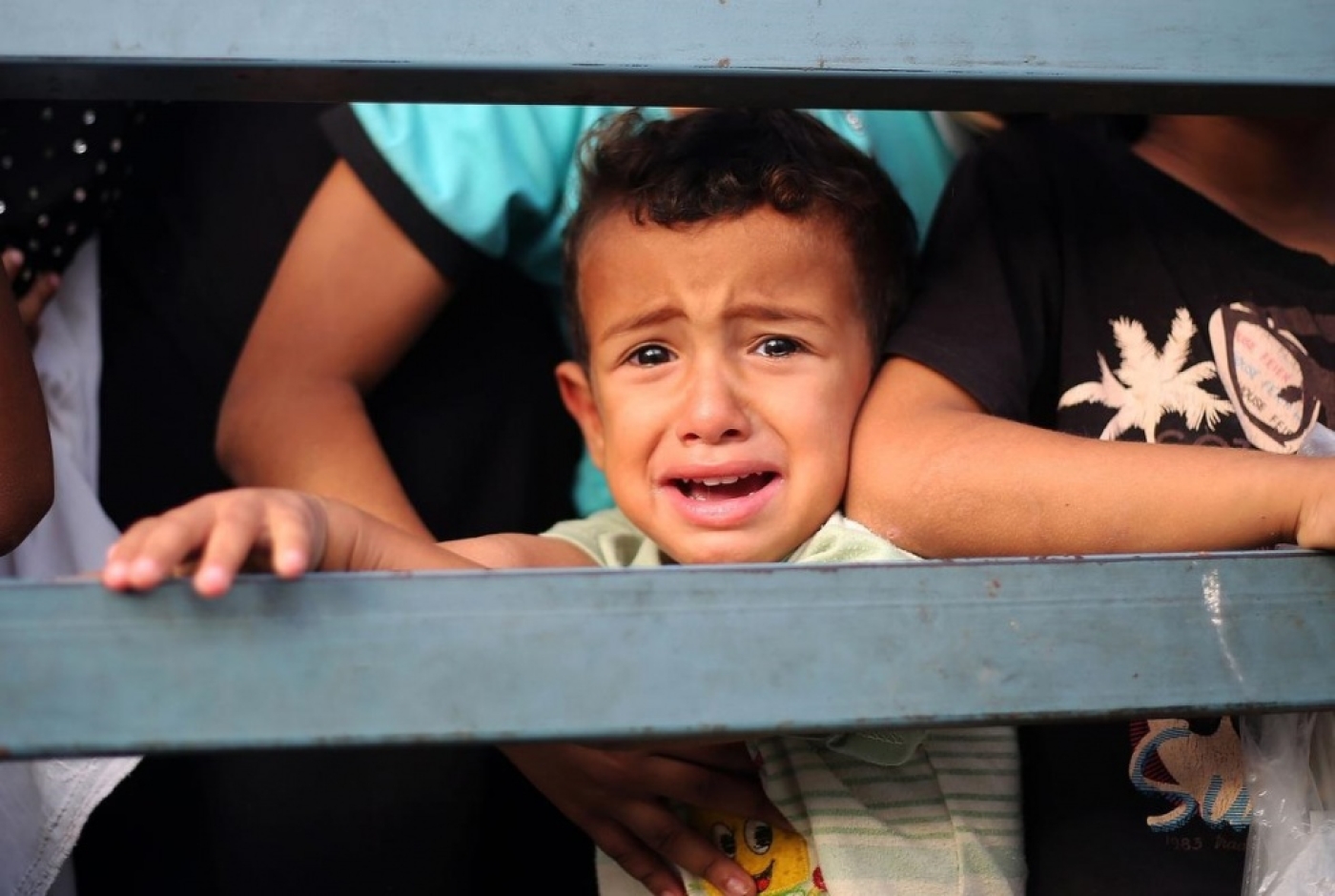 Fifteen people were killed, including a baby, when an Israeli shell on Thursday slammed into a UN-run school in the Gaza Strip, Palestinian emergency services have said.

At least 200 more people are believed injured with emergency rescue teams expecting to pull more dead and wounded from the rubble in the next few hours.

The UN-run schools have been acting as shelters for the majority of the 135,000 displaced Palestinians who have fled their homes since Israel launched Operation Protective Edge on 8 July.

A spokesman for the UN's Palestinian refugee agency UNRWA confirmed that there were "multiple dead" at the school in Beit Hanun, in northern Gaza.

An AFP correspondent confirmed seeing nine dead bodies, said to be from the school, at a neighbouring morgue, while Middle East Eye sources have said that the death toll from the disaster already stands at 18. An official death count from the incident, however, has yet to be confirmed.

The bombing comes just hours after three UNRWA aid workers were killed by Israeli shelling. The three teachers, two women and a man, who were assisting the displaced sheltering at the school were killed by "incoming [Israeli] fire" a UNRWA spokesperson said.

Earlier in the day, five people were also injured when a UNRWA Girl's School took a "direct hit from Israeli fire", the UN said. The shelter is estimated to be holding 1,500 people. Overall the UN says that seven UNRWA school have been damaged in the last 24 hours, with 117,468 displaced Palestinians sheltering at 77 schools, more than double the number at the peak of the 2008/09 Israeli incursion.

The string of attacks come on the back of several similar incidents, which have seen a growing number of schools, hospitals and mosques bombed. While international law dictates that civilian structures should not be targeted, Israel insists that Hamas continues to hide rockets and other weapons at these sites, deeming them legitimate targets.

However, "precise coordinates of the UNRWA shelter in Beit Hanun had been formally given to the Israeli army," UNRWA spokesperson Chris Gunness said on his Twitter account.