19 dead as Egypt marks 'funeral of the revolution'

'The murderer kills, and then joins the funeral procession. Nothing has improved or changed since Sisi took over' says anti-Mubarak activist 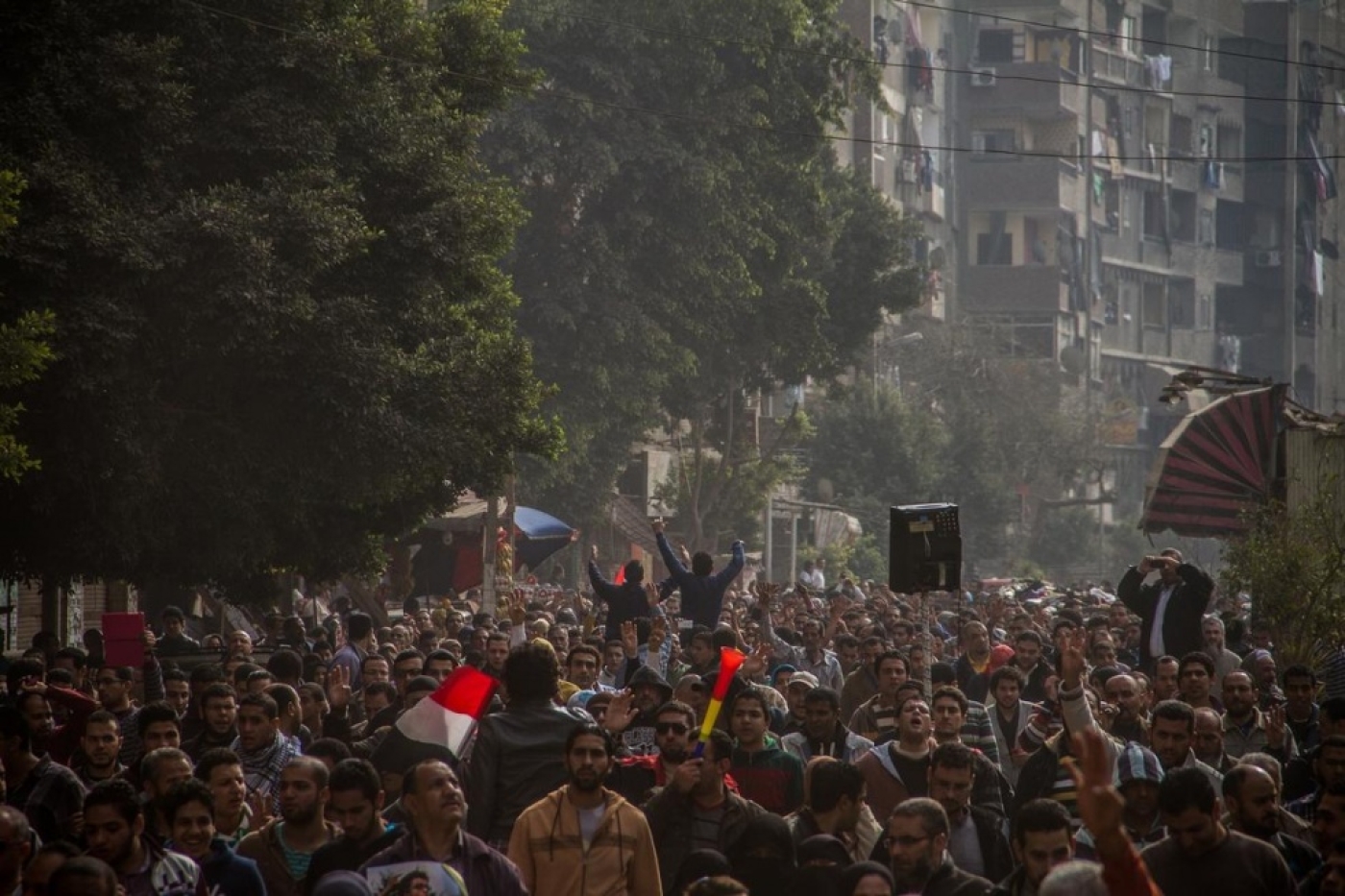 Egyptians march in the Ain Shams neighbourhood of Cairo, during a demonstration on the 4th anniversary of Egyptian revolution on 25 January, 2015 (AA)
By
MEE and agencies

At least 19 people have been killed and 429 others arrested across Egypt during protests marking the fourth anniversary of the 25 January 2011 revolution, which ended the autocracy of longstanding President Hosni Mubarak.

"Nineteen people were killed – among which is a policeman – and 82 others were injured on Sunday," health ministry spokesman Hossam Abdel-Ghaffar told the Anadolu Agency.

"Two other policemen are hospitalised in a critical condition after having come under fire in Giza province," Abdel-Ghaffar said, dismissing earlier reports that the pair were killed in the attack.

A security source who declined to be named told Anadolu that 429 people were arrested during clashes across Egypt on Sunday.

"This is the funeral of the (2011) revolution," Mamdouh Hamza, a prominent figure from the anti-Mubarak uprising, told an AFP correspondent in central Cairo.

"The murderer kills, and then joins the funeral procession. Nothing has improved or changed since [President Abdul Fattah al-] Sisi took over."

Activists, including those who spearheaded the anti-Mubarak revolt, have accused Sisi of reviving much of Mubarak's autocratic rule. Sisi and his supporters deny such allegations.

Security had been tightened in Cairo and other cities after Islamists called for protests.

Armoured vehicles were stationed around Tahrir, but despite extra security in the capital militants set off a bomb in Cairo that wounded two policemen.

The interior ministry said the bomb exploded in eastern Cairo's Alf Maskan neighbourhood, where a similar blast on Friday wounded four policemen and a civilian.

Two suspected militants were also killed when they mistakenly blew themselves up in an attempt to sabotage an electricity tower in the Nile Delta province of Baheira, the interior ministry said.

Tensions had surged ahead of the anniversary, and a female demonstrator was killed in clashes with police during a rare leftwing protest in Cairo on Saturday.

Shaima al-Sabbagh, who friends said was 34 and the mother of a five-year-old boy, died of birdshot wounds, a health ministry spokesman said.

Fellow protesters said she was hit by birdshot when police fired to disperse the march. Prosecutors have launched a probe into her death.

An 18-year-old female protester was also killed on Friday in clashes in Alexandria.

Meanwhile, Egypt on Sunday extended by three months a state of emergency in force since late October in areas of North Sinai after an attack that killed 30 soldiers.

The authorities are battling a dogged insurgency in North Sinai, where militants have carried out regular attacks on security forces.

On October 24, a suicide bomber and gunmen killed 30 soldiers near the provincial capital of El-Arish.

The cabinet decided to extend the emergency by three months, including a night-time curfew between 7pm and 6am.

The military is building a buffer zone along the border with Gaza Strip.

The revolt against Mubarak erupted on January 25, 2011, with hundreds of thousands of protesters taking to the streets across Egypt for 18 days until he stepped down.

The anti-Mubarak revolt was fuelled by police abuses, poverty and the corruption of the strongman's three-decade rule.

Mubarak had to step down on 11 February of the same year under public pressure, handing over power to the military.

Morsi was removed by the military on 3 July, 2013 following mass demonstrations against his one-year rule, which his critics brand as a popular military-backed uprising.

His supporters, however, who also held mass demonstrations in his support, describe his removal as a military coup.

Thousands of Morsi supporters have since been killed or jailed amid a massive crackdown on dissent in general. 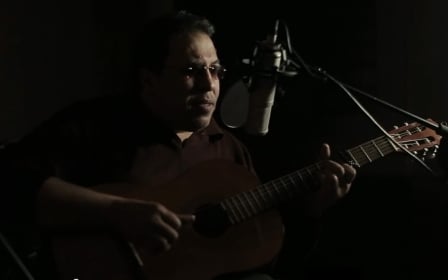 Egypt Turmoil
Egypt song: A battle-cry for 'the revolution' to go on 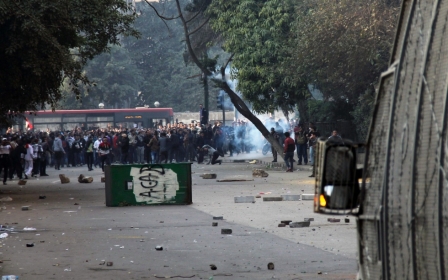 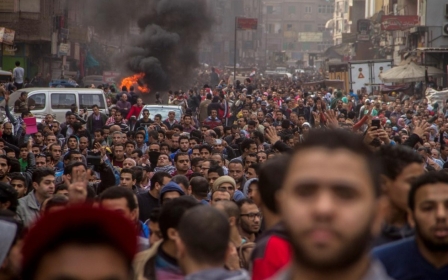