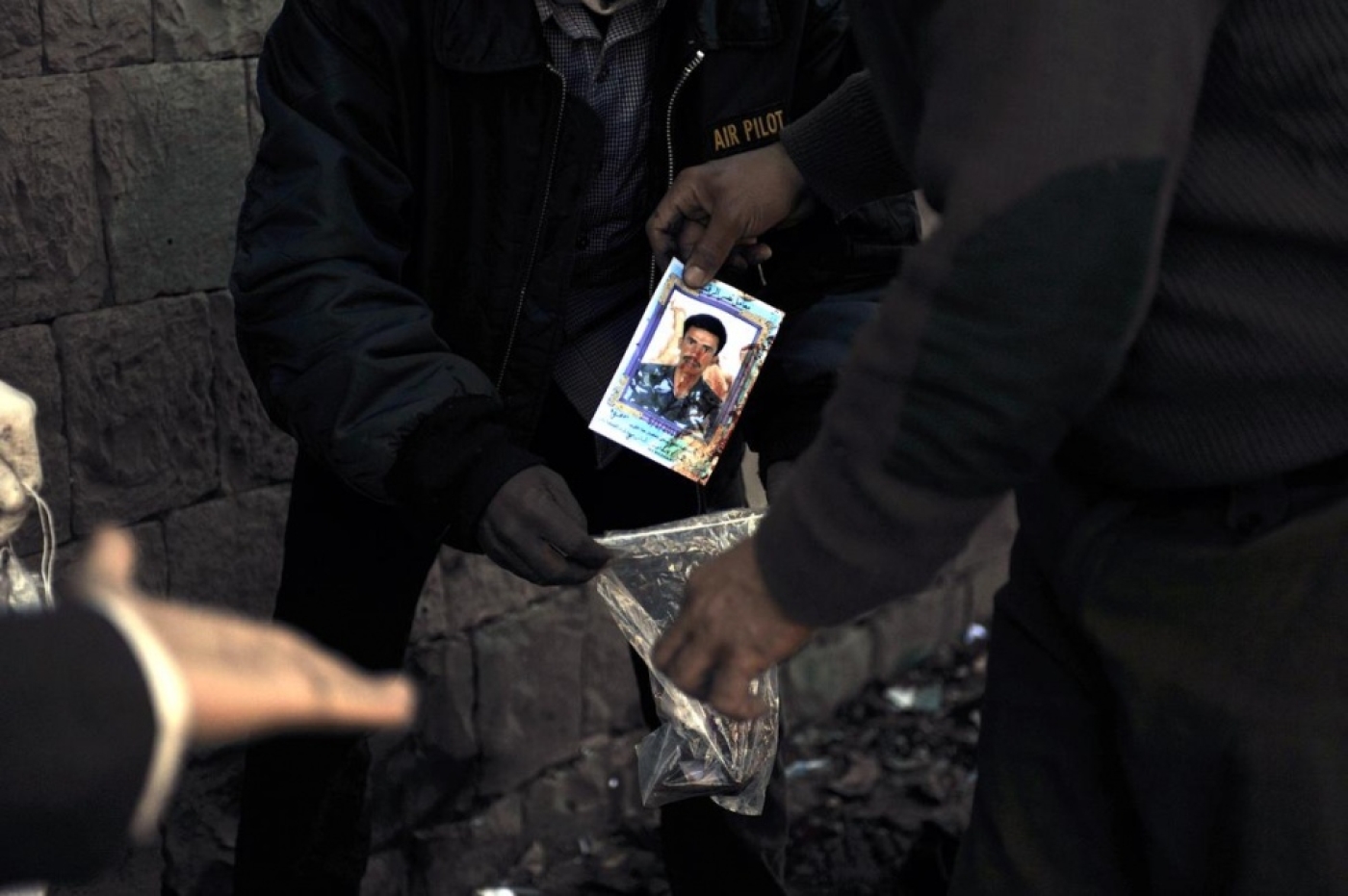 Yemeni policemen collect evidence at the site of a car bomb explosion outside a police academy in Sanaa, Yemen on January 7, 2015 (AA)
By
MEE staff

A car bomb blew up outside a police academy in the centre of Yemen’s capital Sanaa early on Wednesday killing 32 people and wounding dozens, medics said, the latest sign of rapidly deteriorating security in the country.

The perpetrators appeared to have a targeted a group of student applicants who had gathered preparing to enrol at the college in downtown Sanaa, the Interior Ministry said.

Strife in Yemen, already high since a 2011 uprising that prompted a change in government and splits in the army, has heightened since September when the Shiite Muslim Houthis militia seized Sanaa and parts of the country, raising fears of sectarian conflict.

Al-Qaeda in the Arabian Peninsula, considered by the US one of the Sunni militant movement’s most dangerous branches, has carried out a number of bombings and shooting in a campaign against the advance of the Houthis.

No group has claimed responsibility for Wednesday’s bombing but Yemeni government official who did not wish to be named said it bore the hallmarks of an al-Qaeda attack.

Images from the attack distributed on social media showed the mangled wreckage of a vehicle and several bodies lying prone on the pavement in pools of blood.

“The bomber exploded right next to all of the police college classmates,” Jamil al-Khaleedi, a witness to the attack, told the Associated Press. “It went off among all of them, and they flew through the air.”

A medic told Middle East Eye that three children, including a fourteen-year-old boy, was amongst the dead.

On 1 January suicide bomber killed at least 26 people at a cultural centre in the central Yemeni city of Ibb in an attack that appeared to target the Houthi militia that seized the capital in September and advanced into other areas. 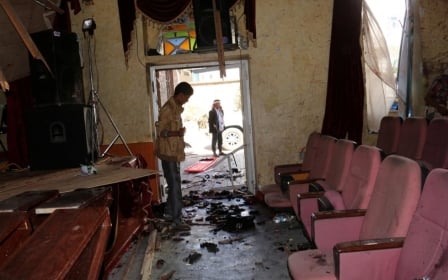