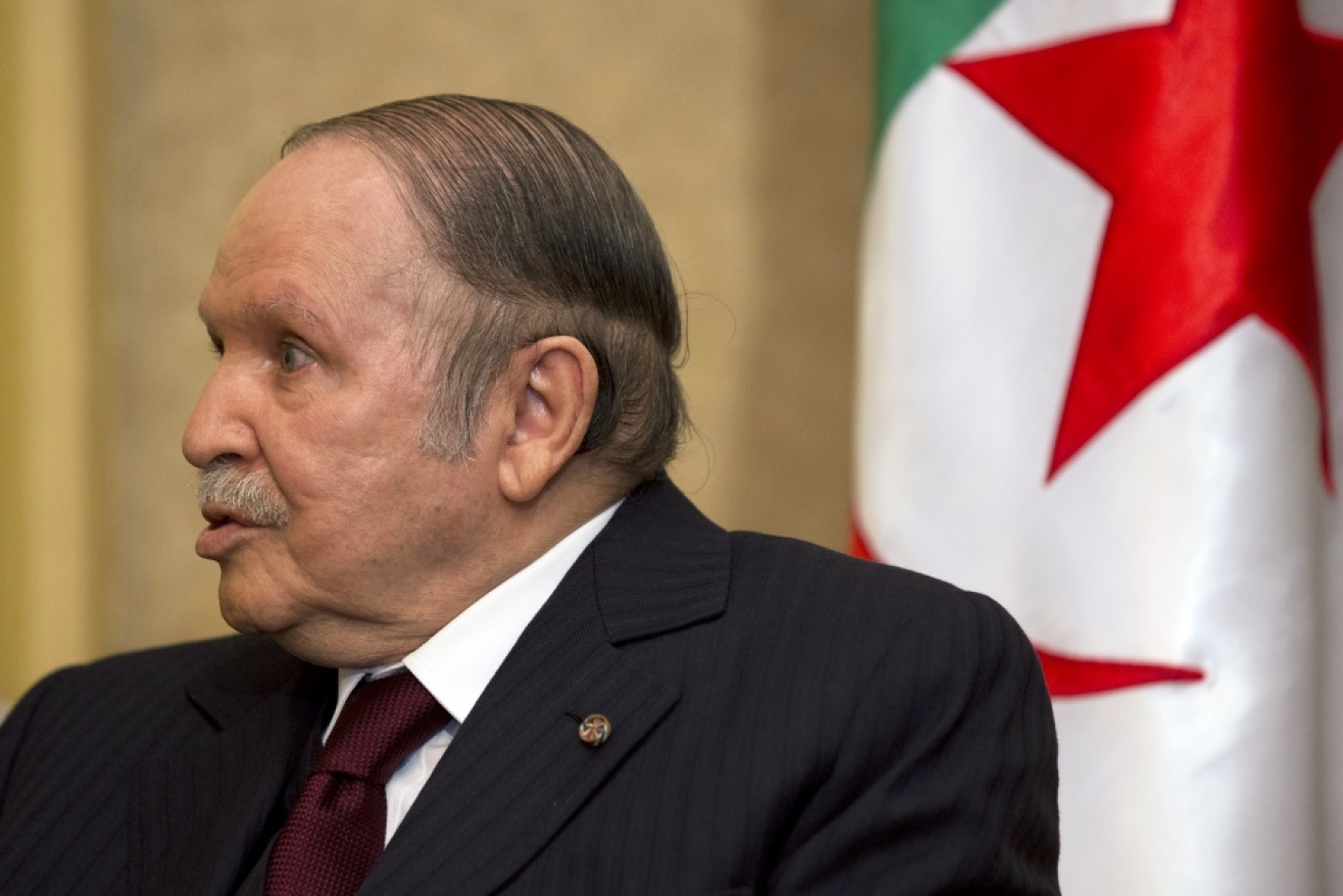 Algeria's Abdelaziz Bouteflika, who is standing for a fourth term in Thursday's presidential election, is widely expected to win despite his frail health that has prevented him from even campaigning.
The 77-year-old has not been seen in public since May 2012. His decision to seek a new mandate has provoked derision and drawn sharp criticism from senior political figures questioning his ability to rule after he suffered a mini-stroke last year.
But he remains popular with many Algerians who credit him with helping to end a devastating civil war and contain Arab Spring protests.
A veteran of the war of independence against France, Bouteflika came to power in 1999, and has more recently been dogged by ill health and corruption scandals.
He has also never freed himself from the pervasive control of the military, despite being determined to roll back its influence and curb the powers of its intelligence heads who have dominated politics since independence.
"I'm not three quarters of a president," he said after being elected in 1999, addressing critics who saw him as another puppet of the army.
Despite efforts to reduce their influence, the army and the DRS intelligence agency are still widely considered to be the real power in Algeria.
The army has chosen all of the country's post-independence leaders - and Bouteflika was no different.
With the military's support, he stood unopposed in 1999 as the candidate of the ruling National Liberation Front (FLN) after the withdrawal of all other candidates.

Respected by many
But Bouteflika has promised constitutional changes that would create a "broad democracy" if re-elected on April 17, in a statement read by his campaign chief.
A dapper figure known for wearing a three-piece suit even in baking Saharan conditions, Bouteflika is respected by many for his role in ending the civil war in the 1990s that killed at least 150,000 people.
Bouteflika proposed an amnesty for rebels who laid down their arms and twice secured public endorsement for "national reconciliation" through referendums.
The first, in September 1999, was a major gamble but paid off, leading to a sharp decrease in violence that helped propel Bouteflika to a second term in 2004.
The resignation shortly afterwards of Mohamed Lamari, a Moscow-trained former army chief and key proponent of eradicating the armed Islamists during the civil war, was a step forward in curbing the military's power.
And the death in 2007 of General Smain Lamari, a close ally of the shadowy intelligence chief Mohamed "Tewfik" Mediene, the powerful hidden force in Algerian politics, was thought to further strengthen Bouteflika's hand.
High youth unemployment
But he never succeeded in neutralising Mediene, despite steps to emasculate the military intelligence agency in 2013.
Bouteflika began a third term in 2009 following a constitutional amendment allowing him to stand again.
His supporters argue that under his stewardship public and private investment has created millions of jobs and dramatically lowered unemployment.
But a lack of opportunity continues to drive many Algerians abroad, often illegally, as youth unemployment remains high despite windfall oil revenues.
When the Arab Spring burst into life in January 2011, Algeria witnessed deadly social unrest, and a month later Bouteflika acceded to an opposition demand, lifting a 19-year state of emergency.
To head off further unrest he also dished out pay rises and announced piecemeal political reforms, including boosting the role of independent parties.
But these initiatives won little opposition support, and legislative elections in May 2012 saw the FLN tighten its control of parliament.
Bouteflika's third term has been overshadowed by the serious concerns about his health, culminating in April last year when he was rushed to hospital in France after suffering a mini-stroke, spending three months recovering.
Despite appearing only rarely on state television because of his frail physical condition, he submitted his candidacy last month and remains the front-runner on Thursday, nearly two years after stating that "my generation has served its time".
Few options
One issue some had with the elections is the lack of genuine and credible alternatives to Bouteflika and his main rivals.
"There is no-one who can voice peoples' concerns, who can take their discontent and formulate a political project as an alternative to Bouteflika or the system in place," Hamza Hamouchene of the Algeria Solidarity Campaign told DW.
His view is shared by other eligible voters, who have opted for boycott in protest of the little choice.
“I won’t vote. I’m not convinced by these elections, I’m not convinced by their programmes and I’m not convinced by any one of the candidates,” a dissatisfied Algerian named Lotfi told Euronews.