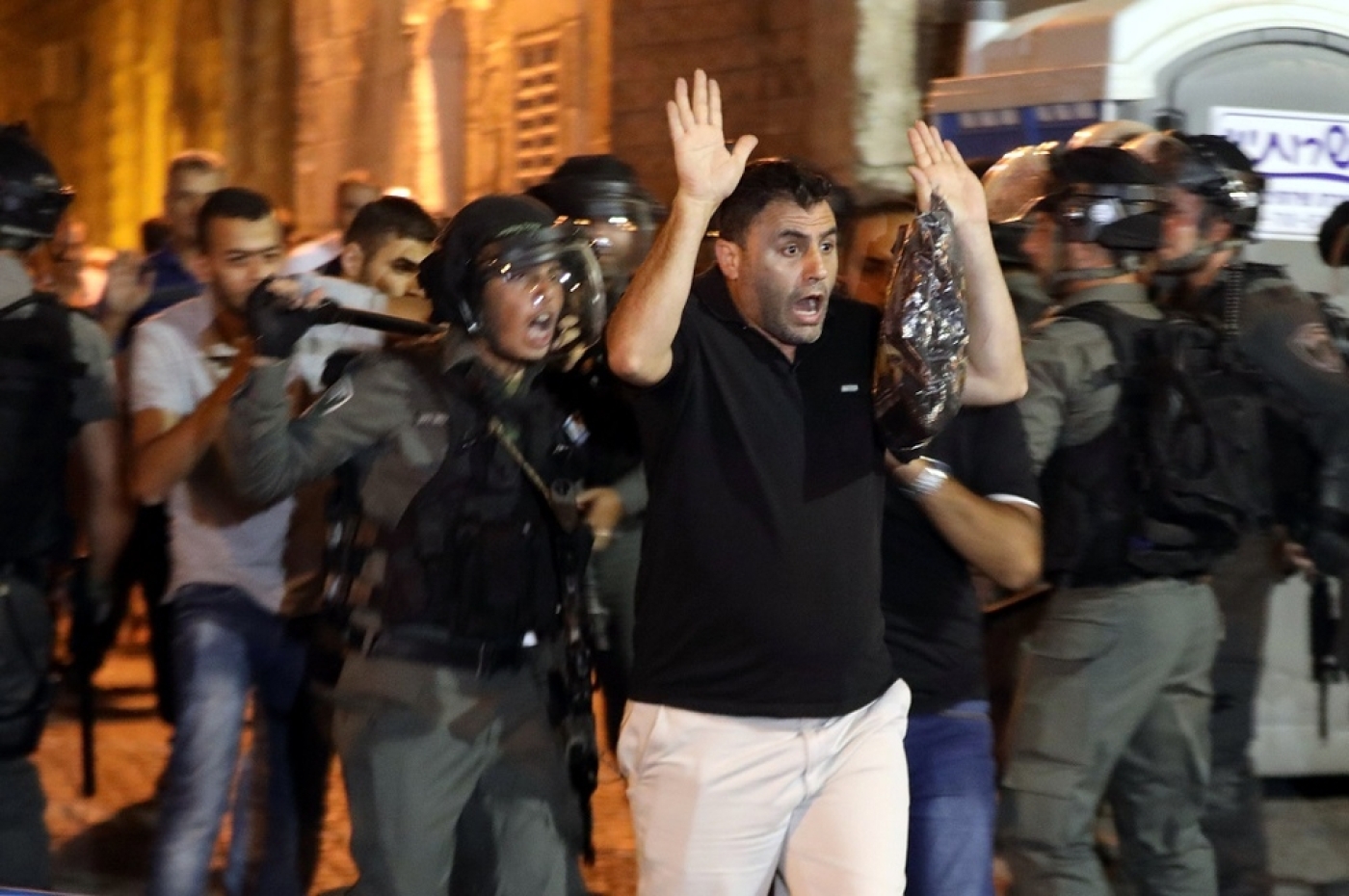 JERUSALEM - The spiritual leader of al-Aqsa Mosque has warned of an "explosion" over the control of access to the city's holiest site, the Noble Sanctuary, hours after being shot by an Israeli rubber bullet in the latest clashes between Israeli police and Palestinian protesters.

Speaking to Middle East Eye after being released from hospital, Sheikh Ikrima Sabri said the continued lockdown of the site by Israeli police would lead to more violence - and only the removal of security checkpoints and the reopening of gates could end the dispute.

"I want to tell Israel and the world that if Israel wants peace they have to immediately remove the metal doors and other security obstacles they put in the last week," he said.

"And that's to happen today and before the Friday prayer. Otherwise the situation will explode and all the possibilities are open. And don't say we didn't tell you."

His comments come a day before a planned Palestinian "day of rage" in Jerusalem and the occupied West Bank, called for by the Fatah movement, which is incensed at the Israeli response to an attack near the site last Friday that left three Palestinian gunmen and two Israeli police dead.

Israeli police now man two of seven gates to the Noble Sanctuary, which houses al-Aqsa mosque - the third holiest site in Islam - and have closed the other five.

The area is known as "Temple Mount" to Jews but is administrated by Jordanian religious leaders known as the Waqf.

Sabri suffered minor injuries in clashes on Thursday night, after leading thousands of Palestinians in a protest prayer at the site's Lion's Gate - the focus of almost a week of violence.

There were also protests in Qalandia, Shufat and Bethlehem in the occupied West Bank as Palestinians refused to accept the increased Israeli security in Jerusalem's Old City.

Shortly after the Friday attack Israel's public security minister, Gilad Erdan, justified the extra security measures, saying that al-Aqsa was being used to "incite terrorism" and that Israel would have to take control.

Today, Sabri said: "There is no occupation power that has the right to control the Aqsa mosque and what Israel is doing is [an] ugly violation against international laws.

"We [are] asking Erdan to step back from his statement that they own the Temple Mount and that it's under their authority. It's a very dangerous statement.

"Israel is using the last Friday's attack to impose more control in al-Aqsa mosque as part of its ongoing plan to change the status quo. We refuse it and the thousands of people who came to protest the last few days confused the Israeli authorities."

He said that Israeli authorities had inflamed the situation even before the Friday attack.

"Israel all the time was violating the situation in the Aqsa and letting many settlers enter. They are trying to take away the authority from the Islamic Waqf." 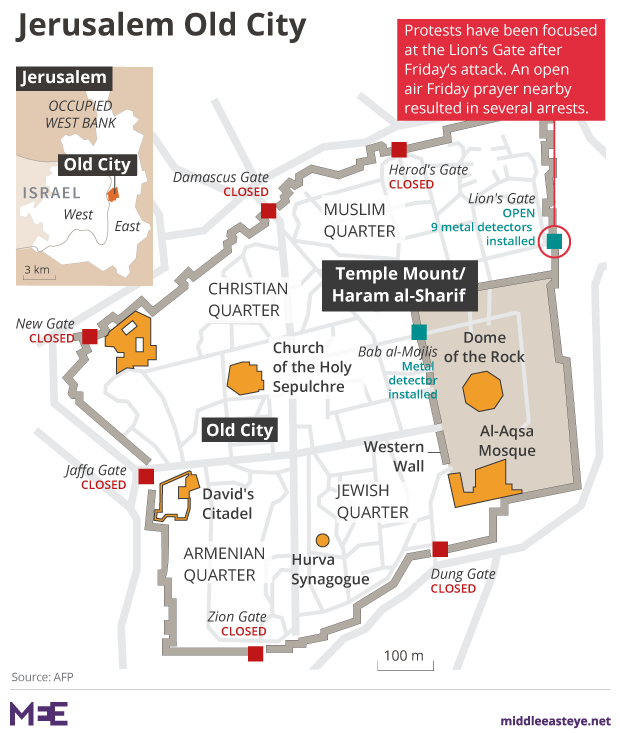 On Thursday, the US expressed concern over a possible escalation if Israel kept its metal detectors and doors in place.

The White House called Israel and Jordan to act in order to find a suitable solution to keep the status quo.

It said: "The United States is very concerned about tensions surrounding the Temple Mount/Haram al-Sharif, a site holy to Jews, Muslims and Christians.

"[It] calls upon the Israel and Jordan to make a good faith effort to reduce tensions and to find a solution that assures public safety and the security of the site and maintains the status quo."

Meanwhile, Israeli security services have reportedly split on whether to keep the extra measures in place.

According to reports the Shin Bet, the internal Israeli security service, is pushing for their removal, while the Israeli police have pressed Erdan to keep them in place. 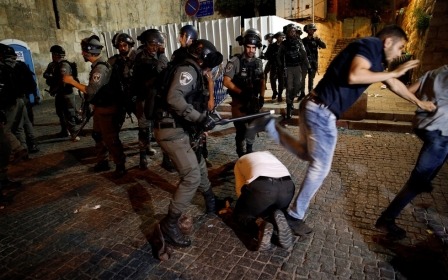 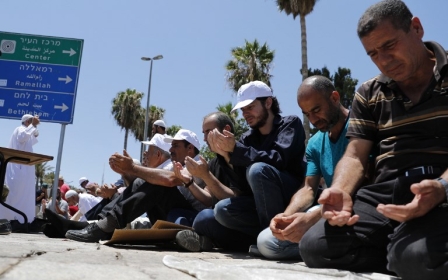