The assault, which was backed by the UAE and US, aimed to check AQAP's growing influence in country's south 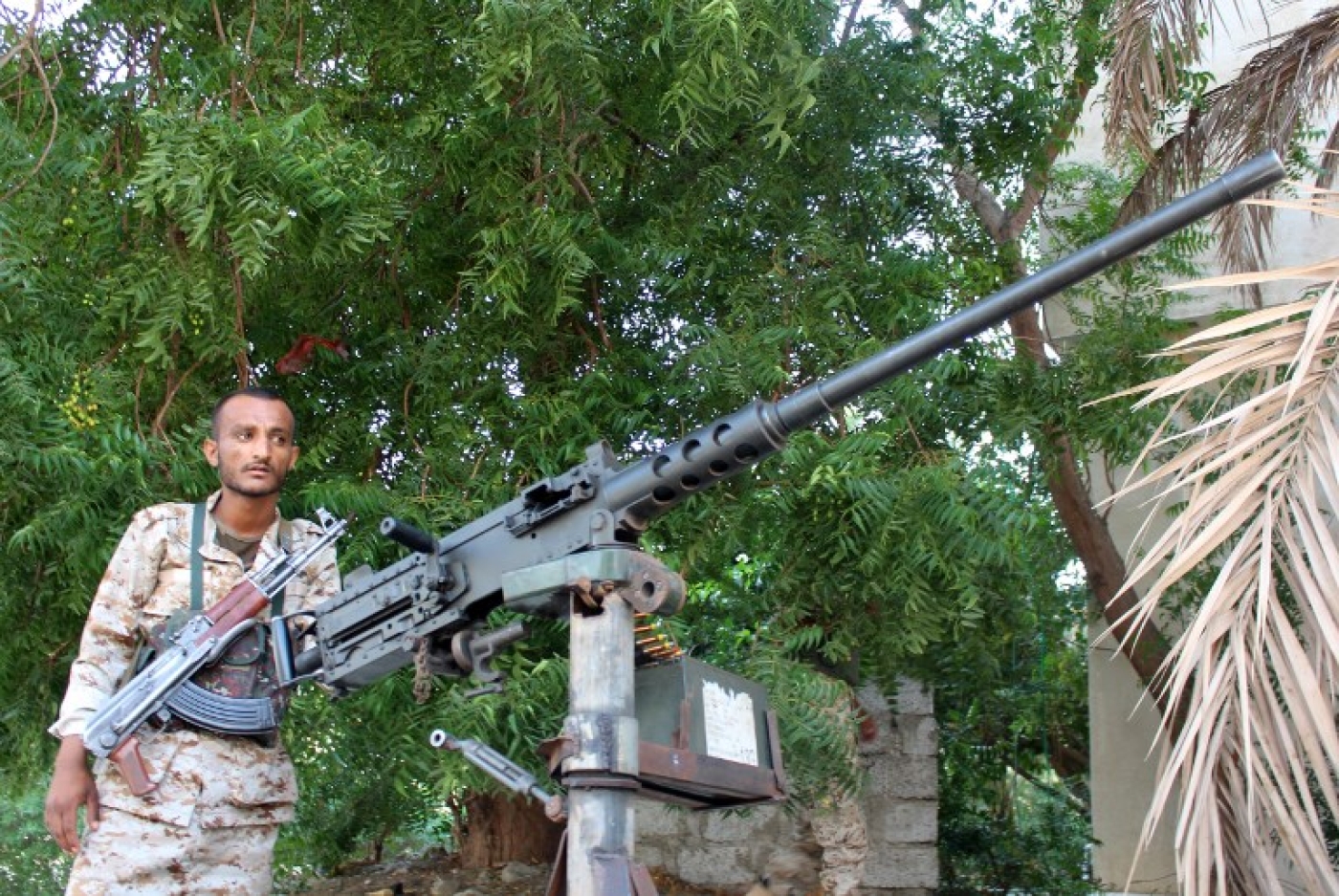 A Yemeni forces soldier stands guard outside the tribunal of the Yemeni governorate of Aden in the southern Yemeni city of Aden, the government's temporary capital (AFP)
By
MEE and agencies

Al-Qaeda's Yemen branch has retreated from an oil-rich southern province in the face of an assault by a US-backed elite government force, a senior military official said on Monday.

Al-Qaeda in the Arabian Peninsula (AQAP), seen by the United States as the global network's most dangerous franchise, has exploited Yemen's war to expand its presence in the country's south.

But the elite force, trained by the United Arab Emirates, on Thursday launched a "major operation" against the jihadists in Shabwa province.

The group staged a "tactical retreat" from the province with no major clashes, the military official said, requesting anonymity as he was not authorised to talk to the press.

The jihadists appear to have moved even further south into neighbouring Abyan province.

Residents of an Abyan town near the Shabwa border said they counted at least 45 cars carrying armed AQAP militants through their district.

AQAP's Shabwa stronghold has been a focal point in a long-running American-led drone war which has intensified since President Donald Trump took office in January.

A US air raid on the province in June killed AQAP emir Abu Khattab al-Awlaqi, according to the Pentagon.

President Trump ordered a special forces raid on Yemen in his first month in office, which ended in the deaths of a US Navy SEAL and several Yemeni civilians in Baida province, bordering Shabwa and Abyan.

Shabwa has also been the site of AQAP attacks in recent months, with the Yemen government reporting seven soldiers killed there in a suicide attack last week.

The Pentagon on Thursday confirmed that the United States was helping Emirati and government forces battle AQAP in Shabwa.

The UAE, part of a Saudi-led military alliance battling Iran-backed Houthi rebels in Yemen, said the operation was being "closely supported by a combined UAE and US enabling force".

US forces in Yemen

Pentagon spokesman Navy Captain Jeff Davis said Friday that the operation involved "a very small number" of US forces on the ground whose main task was to help the flow of information.

The assault aimed to "degrade" AQAP's ability to coordinate terror attacks abroad, he said, adding that the US had conducted more than 80 strikes in Yemen since 28 February.

"Our support there is a continuation of what we have been doing since January," Davis said.

"It involves a very small number of US forces on the ground who are primarily there to facilitate the flow of information," he added, though he noted that "combat can always happen".

In a separate incident in the parallel war, three women and six children from the same family were killed in an air strike by the Saudi-led coalition on their home in northern Yemen on Friday, a health official said.

The conflicts have killed more than 10,000 people, displaced millions and created a humanitarian crisis, including a cholera epidemic and widespread famine.

The Shabwa operation marked the first time in years that government-backed forces had controlled all districts in the province, where Yemen's biggest gas project, a $4.5 billion Total-led plant, is based.

The terminal stopped operating after foreign experts were evacuated in 2015 but the government says it plans to get the facility working again.

Large-scale ground operations by regional troops have been rare since 2015, when al Qaeda was driven out of the mini-state it had established in the port city of Mukalla, capital of neighbouring Hadramout province. But air strikes by US drones and aircraft against the militant group are frequent.

More than 8,000 people have been killed in the Yemen war since Saudi Arabia and its allies intervened in 2015 to support the government against Houthi rebels who had seized the capital and swathes of the country's north.

Yemen also faces a deadly cholera outbreak and stands on the brink of famine.

The United Nations has called it "the largest humanitarian crisis in the world".