More than 20 air attacks recorded on Thursday, as New Zealand becomes latest nation to call for UN resolution to end violence against civilians More than 250,000 people are trapped under siege in eastern Aleppo (AFP)
By
MEE and agencies

Syrian and Russian warplanes carried out fresh strikes on rebel-held districts of Aleppo early on Thursday, hours after another attempt was submitted to the UN Security Council to halt all attacks against civilians in Syria.

More than 20 air strikes hit the rebel-held east of Aleppo city at dawn on Thursday, according to the UK-based activist group, the Syrian Observatory for Human Rights.

At least 13 people were killed, according to civil defence official Ibrahim Abu al-Laith.

The bombardment was accompanied by a fresh government advance on the northeastern outskirts of the city, where troops captured several hilltops overlooking rebel-held areas.

Ammar al-Selmo, the head of the civil defence rescue service in east Aleppo, said 145 people had been killed on Tuesday and Wednesday in the renewed offensive.

The fresh attacks came as New Zealand became the latest nation to give the 15-member UN Security Council a draft resolution that would demand an end to all attacks that may kill civilians in Syria, particularly air strikes in Aleppo.

Russia on Saturday vetoed a French draft resolution that would have demanded an end to "all aerial bombardments of and military flights over Aleppo city". A similar rival Russian text, which did not include that demand, was voted on straight after the French text, but failed to get enough votes.

The New Zealand draft resolution, seen by the Reuters news agency, demands an "end to all attacks which may result in the death or injury of civilians or damage to civilian objects in Syria, in particular those carried out by air in Aleppo".

The Syrian government launched an assault to capture rebel-held areas of Aleppo last month with Russian air support and Iranian-backed militias, after the collapse of a ceasefire agreed by Washington and Moscow.

More than 250,000 people are trapped by the siege of eastern Aleppo.

The New Zealand draft text was likely to be discussed by Security Council envoys at a lunch with UN Secretary-General Ban Ki-moon on Thursday, diplomats said, adding that the aim was to see if a vote could be taken within a week or so.

A UN Security Council resolution needs nine votes in favour and no vetoes in order to be adopted. The veto powers are the US, France, Britain, Russia and China.

"The council has a responsibility to try to address what is clearly the biggest issue on its agenda and, with the level of killing and destruction that is going on, just to give up seems to us not to be an acceptable course of action," New Zealand's UN Ambassador Gerard van Bohemen said.

"The aim of this one is to make a practical difference. We know resolutions of themselves don't do that, but if it helps people make decisions to change their behaviour then it would be useful," he said.

John Kerry, the US Secretary of State, will meet his Russian counterpart Sergei Lavrov in Switzerland on Saturday to discuss Syria, officials said. Kerry broke off talks with Lavrov last week over the Aleppo offensive. 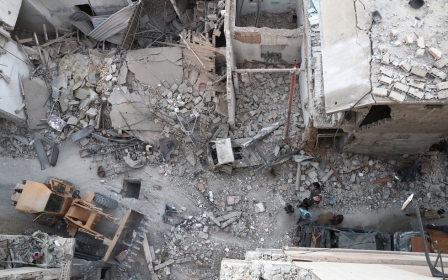 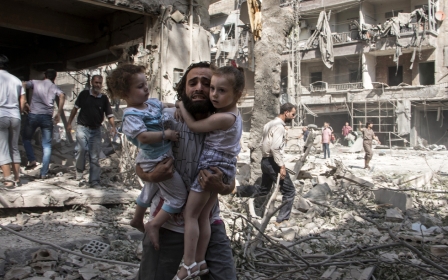 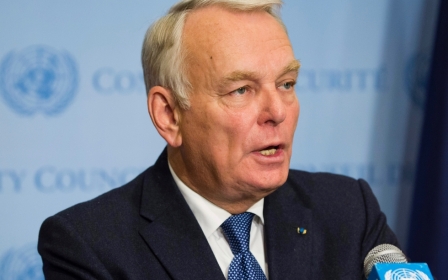