Algerian President Abdelaziz Bouteflika has flown to Switzerland for medical check-ups, the presidency said in a statement on the state news agency APS.

A statement says the 79-year-old flew to Geneva on Sunday for a private visit and "periodic medical tests".

Bouteflika, who suffered a stroke in 2013, has made only brief state television appearances since winning a fourth term in office in 2014.

Video and a photograph published on Twitter on 10 April led to speculation that the president was seriously ill.

The photograph was posted by the French Prime Minister Manuel Valls, who is sat beside Bouteflika.

Louisa Hanoun, the secretary general of the Algerian Workers Party, who stood against Bouteflika in the 2009 and 2014 presidential elections, days afterwards described the publication as a "crime" and described the image as "humiliating," and an act of "deliberate aggression".

The Algerian president has undergone several hospital checkups in Europe since suffering his stroke.

He visited a hospital in Paris in 2005 due to stomach bleeding. A year later, he spent a week being examined at the same hospital.

On the rare occasion that he appears in public, usually to receive foreign dignitaries, he has been in a wheelchair and speaking with difficulty.

Bouteflika took office in 1999. The Algerian government later amended the constitution to allow him to run for more than two terms.

His decision to seek a fourth mandate sparked criticism from those who questioned his ability to rule.

He did not campaign and voted from a wheelchair, but still won 81 percent of the vote, down from 90 percent in 2009. 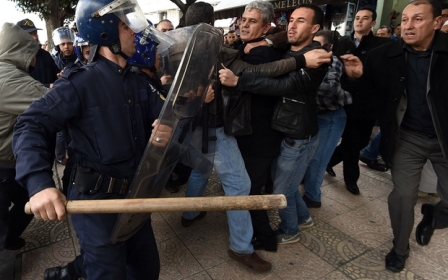 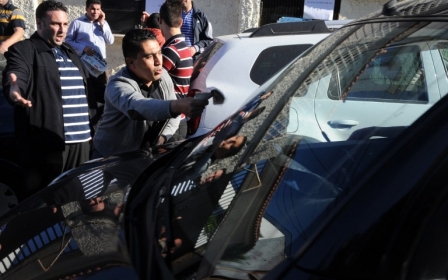