From music theory to health classes, educational program works to combat rising levels of loneliness and depression in the elderly 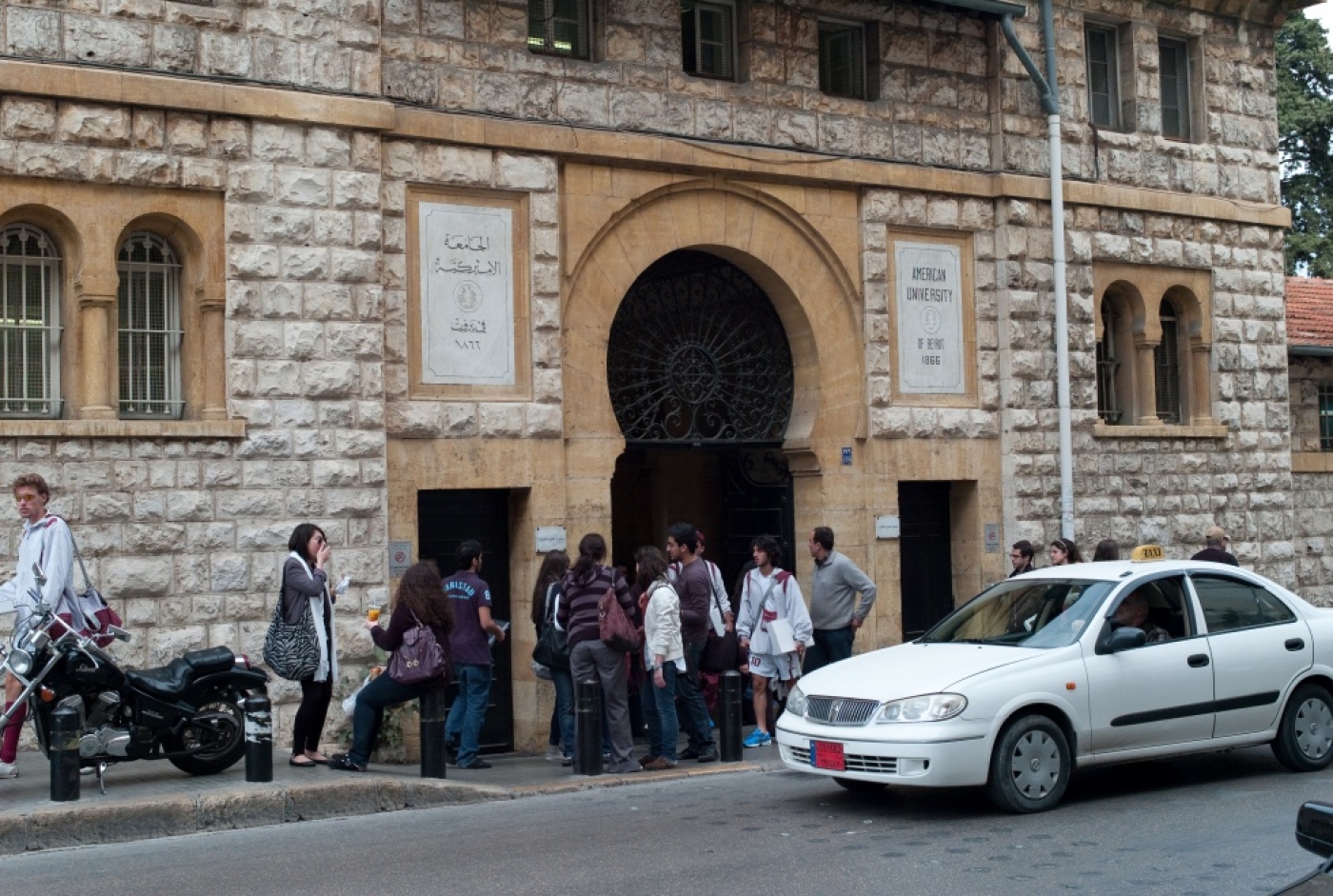 BEIRUT: It's 5:25 pm and the students are waiting eagerly outside the auditorium at the American University of Beirut (AUB) campus for the evening lecture to begin. In many ways, this group of around 20 is a typical bunch of students; fashionable casual dress, with hairstyles perfected and makeup impeccable, they gather, gossiping ahead of class - except that most are greying, some are carrying walking sticks, and they are here for a lecture on Alzheimer’s Disease.

Since it launched in 2010, AUB's University for seniors has been a remarkable success.

"They also exercise physically to come here, they dress up, walk around the campus and meet new people. You can see the effect immediately on psychological health. This is the positive story about ageing in the region."

The story of the elderly in Lebanon is indeed cause for pessimism. The idea for the university was born after studies showed large numbers of elderly people in Lebanon were suffering high levels of loneliness and depression.

Changing demographics, along with urbanisation trends and a failed social security system means Lebanon's growing older population are living in poverty and left to fend for themselves.

With seven percent of the population over the retirement age of 64 and 20 percent over 50, Lebanon has the highest elderly population in the region. The Lebanese are also getting older; they are living longer, while birth rates are decreasing. Moreover, political instability in the country has prompted large numbers of younger Lebanese to migrate abroad, with most not coming back. In a policy briefing on the role of caregivers in the country, the Centre for the Studies on Ageing reported that it is estimated that over the past three decades, conflict and turmoil have driven some 20 percent of the population - mostly youth and recent graduates - to migrate.

The role of the family is also changing; people are living in apartments and having fewer children. More and more women are working rather than staying in the home.

All this means customary carer roles for the elderly - once the domain of the family - are evolving.

However, unlike other developed countries, government policy in Lebanon has not adapted to the new demographic and social circumstances. The country's current National Social Security Fund’s End of Service Indemnity (NSSF EOSI) system, despite being the first adopted pension system in the region, provides little to no protection against poverty and the costs of deteriorating health after retirement.

The program pays a single lump sum payment amounting to approximately one month’s salary per year for private sector employees who have accumulated 20 years of service.  Civil servants, as well as military and security personnel are covered by a government-run benefit program. But with over 58 percent of the country's labour force employed in informal and low-paid jobs, only 30 percent of the workforce accesses any sort of pension at all, according to a study by the Lebanon Centre for Studies on Ageing. Older women in particular, the centre also found, tend to marry younger and live longer than their husbands, but don't work. Several draft bills aimed at reforming the current Social Security system into an old age pension scheme were arrested in the political aftermath of the country's civil war and have never reached a voting stage at parliament.

One of the biggest drawbacks of the program, according to Nabil Kronfol, treasurer at the Centre and Vice President of the International Network for the Prevention of Elder Abuse, is that the money is paid out in a lump sum, rather than monthly payments, which would provide a more sustainable income.

"They use their savings or they are poor," said Kronfol when asked how the elderly survive.

In the absence of an adequate social security framework, most are cared for through family and community networks. But many families cannot afford the care for their elderly relatives, while migration of younger generations means many are left without traditional family support. A limited number of nursing home facilities, catering to just one percent of the elderly population, are minimally funded at around 40 percent by the Ministry of Health and tend to be run through confessional systems, often doubling as psychiatric facilities.

"The government is still reliant on the family as the main safety net," said Abla Sibai, the director of Lebanon's Centre for Studies on Ageing.

"Pension reform has been in the drawers of the government for 60 years."

Social and cultural taboos, as well as economic hardship, Sibai said, also mean families are reluctant to institutionalise elderly relatives, but the absence of family is forcing elderly Lebanese to host live-in caregivers.

Although her research is anecdotal for now, she believes more and more families are turning to cheap, expatriate workers as the primary caregiver for the elderly relatives.

"The typical caregiver used to be a younger woman in the family, but because of greater female workforce participation, that's changing," she explained.

Hobbling arm in arm with her Ethiopian maid along the broken pavement in Geitoui, Beirut, after a crippling fall left her with a broken hip, Sola Yazbeck, 90, said she depends on her "girl" for everything.

"She walks with me, she does the shopping, she sleeps at the house. She is with me all the time." she said.

The mother of three survives on her widow's pension from her husband, who was in the army, "but it's not enough," she said.

Her youngest son, 55, lives at home, but ill health prevents him from working. Her two other children, a son and a daughter, live abroad and do not return home to visit Lebanon.

"I read, I pray, I watch television. I don't have too many friends," Yazbeck explained.

"The girl offers me companionship, even though she doesn't speak Arabic."

Expatriate workers might be filling the gap in elderly care, but Sibai said the system is fraught with danger. There is no government regulation or oversight and many caregivers are untrained and unprepared for the challenging nursing role, putting both caregivers and the elderly at risk.

"Maybe the expatriate is coming thinking that they are only the maid, then when they get here, they are expected to be the caregiver, nurse, and companion," she said.

"The role of the caregiver cannot be allocated to one person - it is daunting mentally, physically, psychologically."

Kronfol said initiatives like the University for Seniors play an important role in offsetting depression and good health.

He has been working with grassroots organisations and civil society groups to promote the concept of healthy ageing in the absence of a coordinated government age-friendly campaign. He has self-funded the lease and development of parks for seniors to socialise and exercise.

"These things are municipality based. They are a remedy for depression and death," he said.

The university's Abi Chahine said it is a fallacy that elderly people cannot be a valuable contribution to the state economy and society.

"A lot of seniors are very active, very dynamic and they have a lot of experience, a lot of knowledge, a lot of memory - they have the country's memory," she said.

"They actually present a very useful package. So why just put them in the TV room?"

Walking through the university grounds after the Alzheimers lecture, retired engineer, Ziad Yamout, 73, is contemplating his future.

While fit and healthy now, and with savings from successful investments in the Gulf, the father of four - whose children all live abroad - is conscious of never becoming a "burden."

"If I feel like I am incapacitated or I am feeling like I am being a burden I would leave to where they have better facilities."

"Lebanon is not equipped and I want to be with my children."