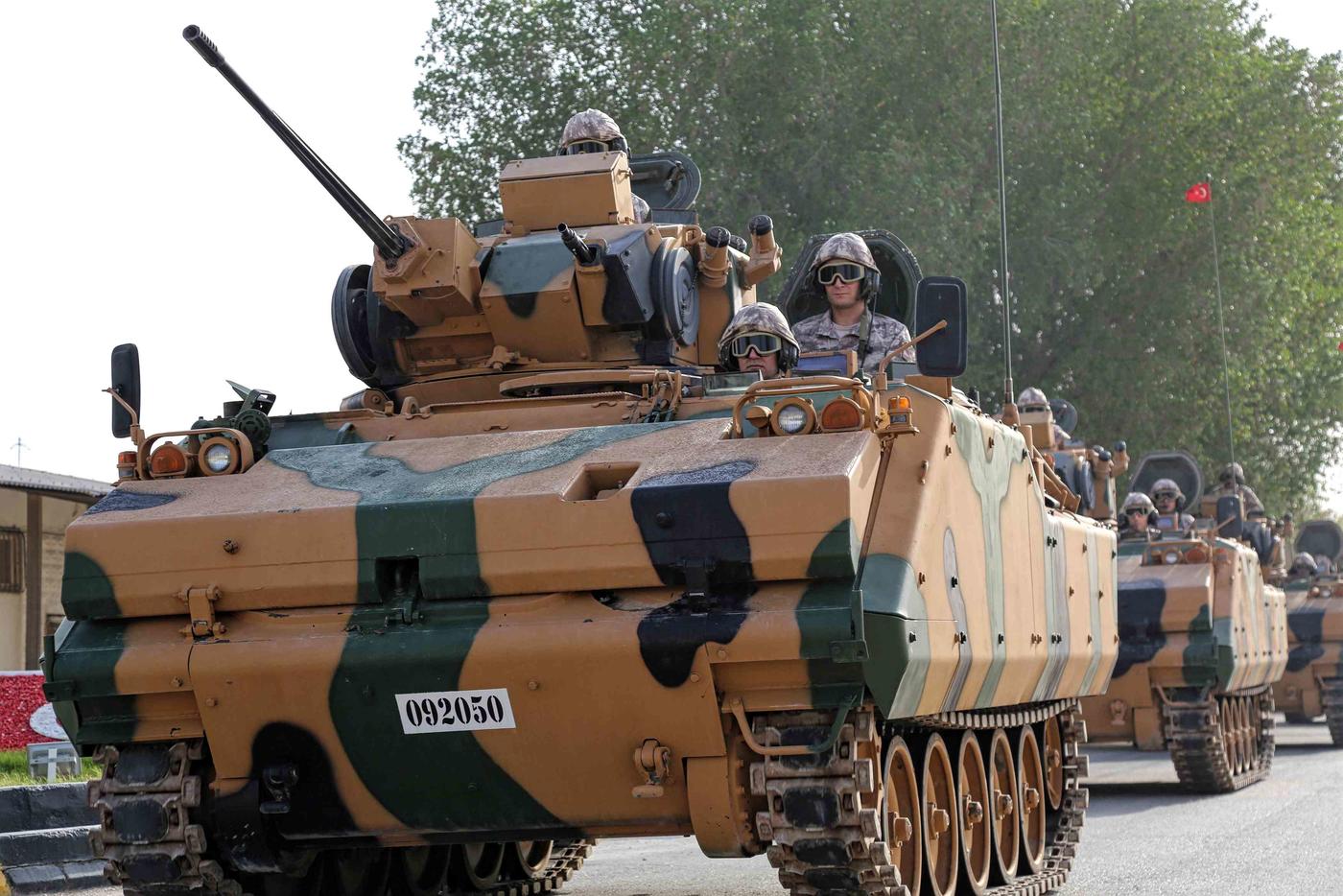 Turkish soldiers on patrol at their military base in Doha, Qatar on 18 June 2017 (Reuters/Qatar NA)
By
Suraj Sharma

ISTANBUL, Turkey – Ankara has been trying to woo Mohammed bin Salman, the new Saudi crown prince, for some time. The timing of his appointment amid the most serious Arab crisis for decades means Turkey now faces a delicate balancing act if it wants to maintain cordial relations with the region's most dominant and influential power, according to observers of Gulf-Turkey ties.

"The appointment of Mohammed Bin Salman doesn't mean a bad period for Turkish-Saudi ties, but Ankara will have to make some painful concessions, particularly on the position it has adopted over Qatar," a source close to the Turkish government told Middle East Eye.

Ankara will have to make some painful concessions, particularly on the position it has adopted over Qatar

On 4 June, a Saudi-led group of nations - including Egypt, the United Arab Emirates and Bahrain - broke ties and imposed sanctions with Qatar, accusing it of supporting terrorism and courting Iran. Doha has denied the allegations.

According to the source, the Turkish government followed a balanced policy in the Gulf until the Qatar crisis. But on this occasion, President Recep Tayyip Erdogan ignored the advice he was offered in Ankara, listened to the media and openly supported Doha. This now needs to be addressed - and swiftly.

Also at the heart of the matter is Doha's appreciation, if not support, for popular Islamist movements in the region, including the Muslim Brotherhood and Hamas in Gaza.

Turkey's decision to back Qatar while calling for a resolution of the crisis was an easy one to make. Both countries backed the same popular Islamist movements that came to the fore during the Arab Spring in 2011. For Ankara, Hamas and the Muslim Brotherhood represent democratically-elected governments which have been subjected to anti-democratic actions.

The Saudis, however, view those same movements as an existential threat.
After the Gulf crisis erupted, Ankara was quick to ratify two military agreements signed between Turkey and Qatar that allow for the establishment of a Turkish military base in the kingdom and the training of Qatari troops.

Last week, an unidentified number of Turkish military armoured vehicles arrived in Qatar to augment the 90 Turkish soldiers already stationed there. Turkey was also quick to airlift tonnes of food to the country, whose land and air routes have been cut off.

But with the rise to power of the hawkish bin Salman, Turkey might be forced to take an even clearer position, one way or another.

The Saudi-led military operation against Yemen and the campaign against Qatar are both believed to be bin Salman projects.

Of particular concern to Ankara might be Turkish media reports that the Saudis are threatening to support Kurdish groups in Syria if Ankara continues to back Qatar.

Turkey was quick to airlift tonnes of foodstuff to Qatar, whose land and air routes have been cut off

Muhammed Zahid Gul, a journalist who specialises in Turkey-Saudi relations, told MEE that Ankara will need to adjust its positions if it wants continued good ties with the kingdom.

"At a private meeting with a few journalists in Riyadh a few months back, Mohammed bin Salman made clear that his biggest concerns are political Islam and the Muslim Brotherhood and those who support them," said Gul.

"The Turkish government will need to recognise this sensitivity if they want to stay in Bin Salman's good books."

Bin Salman and his ideology

Zekeriya Kursun, a professor and head of the history department at Istanbul’s Fatih Sultan Mehmet University, said it was unlikely that Turkey would change its position on Qatar despite bin Salman’s rise.
“Turkey has made clear that its relations with Saudi Arabia and with Qatar are two separate issues. It will not allow one to impact the other,” said Kursun, also an author of a book titled The Ottomans in Qatar. “I don’t think Turkey will withdraw its support for Qatar because Salman has become crown prince.”

'Bin Salman will have to switch from tactical to strategical thinking, and will as a result, have to curb being driven by his ideology.'

According to Kursun, bin Salman’s ideological approach, especially regarding his opposition to Shia Iran and to perceived supporters of the Muslim Brotherhood like Turkey and Qatar, will have an impact in the immediate future.
“Of course Bin Salman is very ideological and now that he has become crown prince he will even act as king and push his ideology. But it will have more of a regional impact instead of a bilateral one and Turkey will have to adjust its regional policies.”
In the longer term however, Kursun said, bin Salman will learn that actually having power is different from seeking it. “Bin Salman will have to switch from tactical to strategical thinking, and will as a result, have to curb being driven by his ideology."
Erdogan's missed opportunity
Ankara and Riyadh went through a period of strained relations after the democratically elected president of Egypt, Mohammed Morsi, was overthrown in a Saudi-backed coup in 2013 led by Abdel Fattah al-Sisi.

It is believed that bin Nayef was sought out by the Turks and played a key role in smoothing relations between Ankara and Riyadh after King Salman took the throne.

Gul said he did not think this close link with the now-sidelined former heir will impact the future of Turkish-Saudi relations.

"Mohammad bin Nayef has been around for a long time," said Gul. "He has been the go-to man on regional security matters for everyone since 9/11. Not just for Turkey but for everyone. This in no way means Turkey backed one against the other."

The source close to the government said. "Over the last 18 months the Turkish presidency has extended multiple invitations to bin Salman to visit. He hasn't accepted any yet. It was clear to Turkey as well as to everyone else that Salman was the rising power so Ankara made sure that any delegation visiting Nayef also visited Salman."

'Erdogan could have set off on a tour of all Gulf states to achieve a resolution. Which one of them would turn him down? That was a real wasted opportunity'

However, Gul said that the approach adopted by the Turkish leadership as regards the Gulf crisis will have to be rectified quickly.

"It is all well and good talking about neutrality and wanting to be a negotiator seeking a resolution to the crisis. But how can you be any of that if you go around saying ugly and untrue words like 'blockade'?"

"As current chair of the OIC (Organisation of Islamic Cooperation) and due to the personal regard he is held in, Recep Tayyip Erdogan could have set off on a tour of all Gulf states to achieve a resolution. Which one of them would turn him down? That was a real wasted opportunity."

Many analysts suggest that the Gulf crisis could potentially lead to regional chaos. Ankara will have to be very astute as to which positions it adopts in an area where it has only reengaged during the last 15 years.

"There is no crisis between Turkey and Saudi Arabia," said Gul. "Ankara just has to adopt a more neutral position now that Mohammed bin Salman has taken over as crown prince." 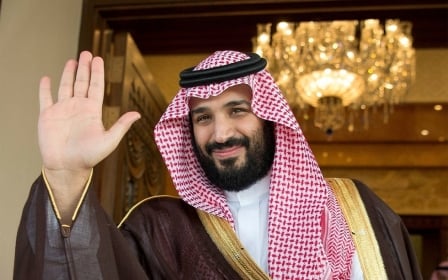