Thousands of reformists are banned from becoming MPs. But they are hitting back, touting a deal with moderates that could shake Iran's politics 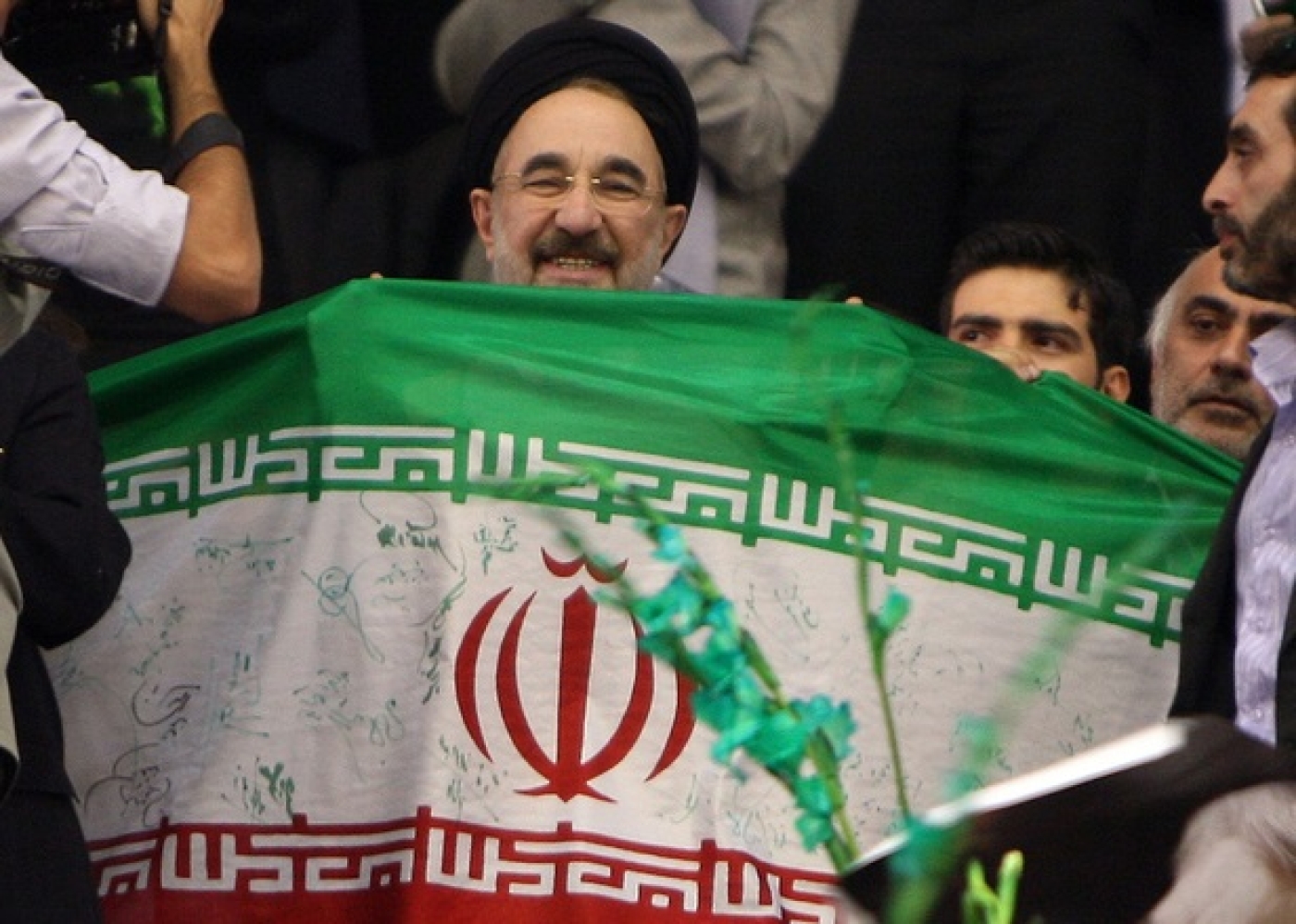 TEHRAN - Mohammad-Javad Haghsenas has had his dream of sitting in Iran’s parliament dashed. Like thousands of other reformists, he was disqualified from running for election by the Guardian Council.

But despite his ban, he is determined to get back in the game.

“I and other disqualified reformists have appealed against the Guardian Council's decisions, and we are hopeful that the council will take measures that will reinstate some candidates,” he told MEE.

The Guardian Council, a collection of theologians picked by the Supreme Leader and jurists nominated by the judiciary, holds sway over who can and cannot run in the country's elections.

On Saturday, it approved an extra 1,500 candidates to contest the parliamentary election, raising the total number of hopefuls by around a third, according to media reports.

The increase came after previously rejected candidates presented new evidence of their credentials, however, reformists have yet to announce how many of their candidates were approved.

The council's decisions could decide the political landscape in the country for years to come, by shifting political alliances between the main factions – the hardliners, moderates and reformists.

Haghsenas said moderates and reformists had pledged to combine their tickets and run on the same lists if the exclusions were upheld. This would significantly bolster the reformists' electoral chances.

He told a local news website: “We have objected to disqualifications by Guardian Council. If our objection goes nowhere, we will publish a single list composed of both reformists and moderates candidates.”

Last month, 12,000 people - an unprecedented number - applied to run as candidates for parliament thanks to a more relaxed political atmosphere Iran’s moderate government had created.

However, a large number of the reformers and moderates were barred from standing, and only some 30 reformist candidates were initially allowed in the running for the 290-seat parliament.

According to Iran’s law, the Guardian Council vets candidates on criteria such as political and religious background and loyalty to Islamic Revolution. Haghsenas was one of many ruled out for allegedly not being sufficiently committed to Islam.

While the council has not released specific numbers of disqualified moderates, it said it had banned 60 percent of applicants.

This indicates that some 4,800 were left before Saturday's addition, and that the moderates were also hit by the restrictions, dimming hopes of ousting the hardliners on 26 February as many had been predicting.

Moderates and reformists have blamed the hardliners for the mass exclusions.

There are two main political camps in Iran - "conservatives" and "reformists". But within these are many factions - the conservative faction traditionally includes "moderates," such as President Hassan Rouhani, and "hardliners". 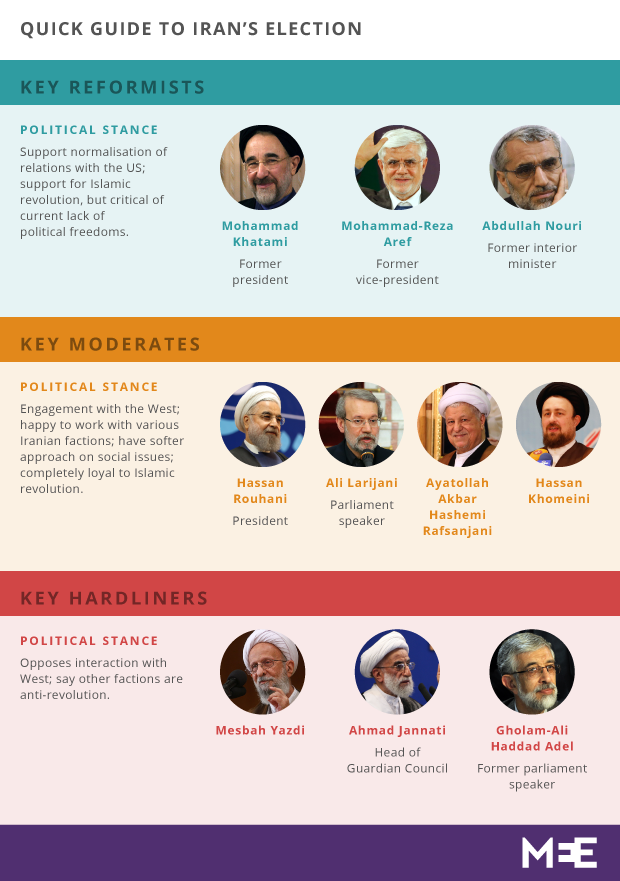 With only a few hardliners and conservatives banned from standing, their camp has been confident going into the election.The hardliners dominate the current parliament but have been at increasing loggerheads with all other political factions over Rouhani’s leadership, namely his handling of the nuclear agreement signed between Iran and world powers.

However, a shift of moderates to the reformist camp, as predicted by Haghsenas, could significantly change the political landscape of parliament.

The reformists and the moderates disagree on several key issues. The majority of moderates believe in the Iran’s current Islamic democracy model and as such are wary of some reformists, who want to introduce a secular state.

The two sides notably fell out when reformist Mohammad Khatami, who is a firm believer in the Islamic Revolution, beat moderate Akbar Hashemi Rafsanjani in the 1997 presidential elections.

But they also see eye to eye on things including engagement with the West, the nuclear deal, and share a generally more laissez-faire approach to some social issues, such as wearing the hijab.

Saeed Laylaz, a reformist analyst, told MEE that under the current situation, "it is natural that we would prefer moderates to hardliners who are seeking to stop the country progressing".

“They actually have this wish to bring back the [nuclear] sanctions [finally lifted last month] to the country,” he said.

“Hardliners damaged the country’s economy by fully supporting former president Mahmoud Ahmadinejad. Now, the moderates and reformists have reached an agreement over one issue - improving the economy. That is why they may align with each other.”

Such a convergence happened last year, when parliament speaker Ali Larijani and reformists defeated the hardliners to pass the nuclear agreement in parliament, Laylaz added.

The hardliners are absolutely against any interaction with the West, and consider themselves as the real and only remaining saviours of the 1979 Islamic Revolution. They firmly oppose the nuclear deal and have attempted to spoil it.

This dogmatic stance has created friction between the hardliner-dominated parliament and Rouhani, with the parliament attempting to impeach many of his ministers.

The feud intensified while the nuclear talks were under way, with Mohammad-Javad Zarif, the foreign minister, constantly summoned to explain what was going on. Zarif even faced death threats from a hardline MP for his role in the talks.

The reformists and moderates are betting that the people, who elected a moderate president, want to shift away from isolation, while the hardliners are digging in and presenting themselves as the true custodians of the revolution, accusing Rouhani and the reformists of bowing to the West.

“Reformists aren’t wise, and haven’t done any prominent and useful work for the country,” Jafar Shajuni, a hardline cleric, recently told Iranian media. “Some of the former reformist MPs have fled the country and are now working in London-based think-tanks.

"Reformists have done nothing for the people, and they have no place in the parliament.”

However, Darush Qanbari, a reformist who was disqualified from the election, firmly rejects the allegations.

“We completely believe in the Islamic Revolution, and we are fully loyal to that,” he told MEE.

"We think President Rouhani’s foreign policy and his open and constructive approach towards the West is completely effective, and we completely believe in that.

“The reformists believe in the noble ideals of the Islamic Revolution. Hardliners are the one who have misled the revolution, and have caused corruption.” 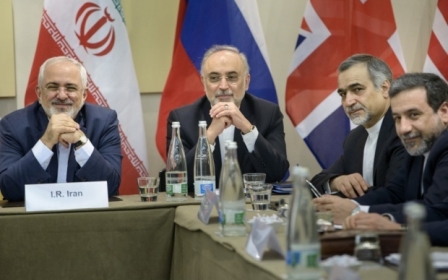 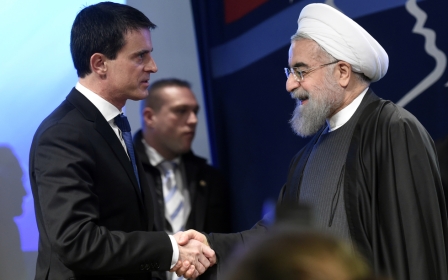 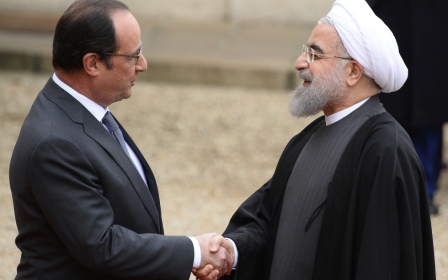