ANALYSIS: One failure after another on Syria's chemical weapons 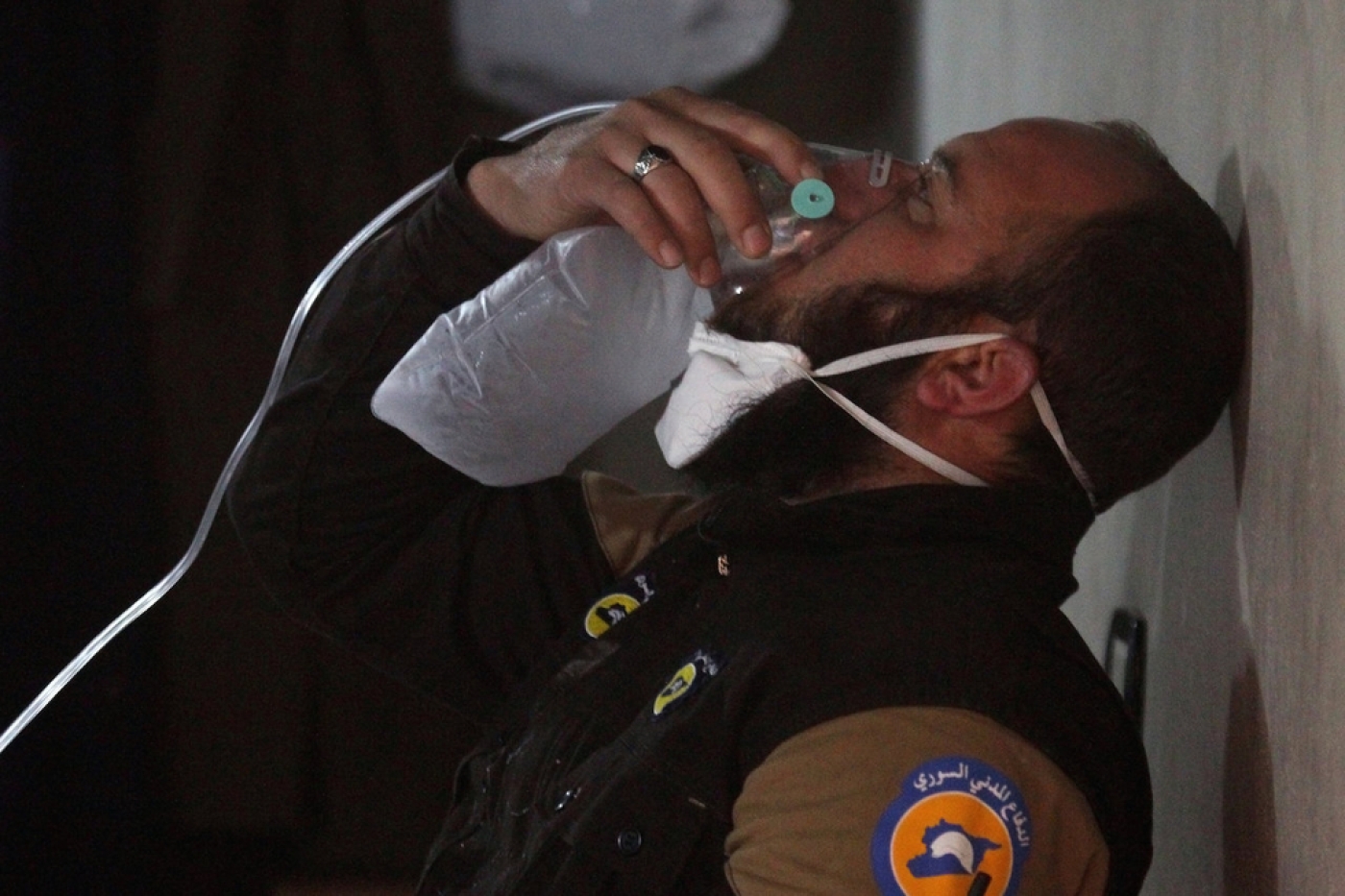 An apparent chemical weapons attack on the town of Khan Sheikhun in northwestern Syria has reignited concerns that a 2013 deal brokered between the US and the Syrian government, with Russian mediation, to remove such weapons from the country has been ineffective.

Former US President Barack Obama warned in 2013 that it would be a "red line" for his government if the Syrian army used its chemical weapons stockpile against opposition areas, and would provoke an intervention by America.

But following the sarin nerve gas attack against Eastern Ghouta in August of that year, which killed more than 1,000 people, the US instead negotiated a deal to remove the Syrian chemical weapons stockpile from the country.

Though reports indicated that the process of removing the chemical weapons had been successful, chlorine gas - which is not a prohibited chemical - has continued to be used. But the attack on Tuesday represents the first use of an apparent nerve agent since Ghouta.

On Tuesday, the Organisation for the Prohibition of Chemical Weapons (OPCW) said it was "seriously concerned" by reports of the chemical attack and announced it was "gathering and analysing information from all available sources".

The UN Commission of Inquiry for Syria, which investigates war crimes in the war, has already launched a probe.

The organisation also stated that "nearly 95 percent of all chemical weapon stockpiles declared by possessor states have been destroyed under OPCW verification".

But Dan Kaszeta, a British chemical weapons expert at Strongpoint Security, told MEE that Syria retained expertise on chemical weapons and it was still possible for the government to produce sarin and other similar nerve agents.

"Scientists with the technical ability to construct the production process for Sarin and VX would have little difficulty doing the same for Tabun, an older nerve agent which is much easier to produce," he said.

"If nerve agents were used, this is a failure of the 2013 deal on many levels."

Syria first began developing its chemical weapons programme in the early 1970s as a counterbalance to Israel's nuclear weapons - though neither country publicly admitted either.

Sarin nerve gas, which was first developed in Nazi Germany in 1938 as a pesticide, is hundreds of times more potent than the chlorine gas which the Syrian governmen has continued to use against its enemies. Upon exposure with the vapour, Sarin prevents the proper operation of an enzyme that acts as the body’s “off switch” for glands and muscles, according to the Centre for Disease Control and Prevention. Death often results very rapidly.

The gas was thought to be among those used against the Kurdish city of Halabja in 1988 by Saddam Hussein, which led to more than 5,000 deaths. In 1995, a series of attacks were carried out by a cult on the Tokyo subway system using the chemical, leading to 12 deaths and thousands injured.

Maintaining Sarin stocks is difficult - even under good conditions, some estimates suggest a maximum shelf life of five years, while impure versions can degrade in a matter of weeks.

The deal to destroy the weapons saw the process begin on 1 October 2013 and by January 2015, the OPCW announced that they had completed "destruction of all chemical weapons declared by the Syrian Arab Republic."

The government handed over 1,300 tonnes of chemical agents or precursors to the joint UN-OPCW mission.

Despite this, however, in May 2015 it was reported that trace amounts of Sarin and the VX nerve agent had been found at a military research site, prompting one diplomatic source to tell Reuters that the government had been "lying about what they did with Sarin".

In addition, the war has continued unabated in Syria, with thousands continuing to be killed by both conventional weaponry and chlorine gas attacks. Neither Obama nor then secretary of state, John Kerry, have so far commented on the Tuesday attack.

Since the 2013 deal, the US government has changed hands and the Trump administration has taken a decidely less hard stance on the long-term future of President Bashar al-Assad. In the Tuesday statement, the White House said Assad's continued rule was a "political reality."

Paul Schulte, a senior visiting fellow in the centre for defence studies at King's College London, said that any release of chemical weapons by Assad could be seen as reckless, but such actions would indicate the confidence he and his allies now feel.

"It's Assad deciding he's winning, he can get away with a great deal now," he told Middle East Eye.

"He wants to end the war, Idlib is a province that is comprehensively rebel and the ability to hit one of the towns which is not particularly close to previous fighting at will, creating a terror attack unconnected with military advances, is a rather deliberate signal.

"It's an intensification of an end game - we will push this through and who is going to stop us?"

It is an easy statement that the world utterly rejects these weapons as vile and intolerable, but it's cheap talk

Schulte suggested that the OPCW's lack of methodical transparency, in addition to being hampered by political concerns, is partly responsible for Assad's apparent ability to still carry out a chemical attack.

He said the OPCW has admitted it was "capable" of assigning blame to the 2013 Ghouta attack, but had no mandate to do so.

Schulte said that were the gravest fears over Tuesday's attack proved true, “the international process as conducted was incapable of delivering on a promise for the total disarmament of a regime that didn't want to be disarmed.

“It is an easy statement that the world utterly rejects these weapons as vile and intolerable again and again, but it's cheap talk," he said.

"The actual ability to go in, even into a second-tier country under severe stress, to go in and be certain that everything has been found doesn't seem very convincing."

He also said suggestions that the incident could have been as a result of a Syrian air strike hitting a rebel chemical weapons stockpile were "doubtful".

Although chlorine gas has been used by some rebels groups, no credible evidence exists of the opposition using or having access to nerve agents. 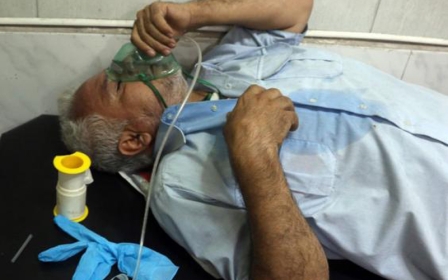 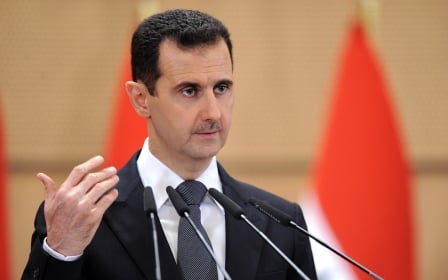