Militant attacks in the Gulf have been rare, but the rollback of IS in Iraq and Syria, and economic and social issues, point to uncertain future 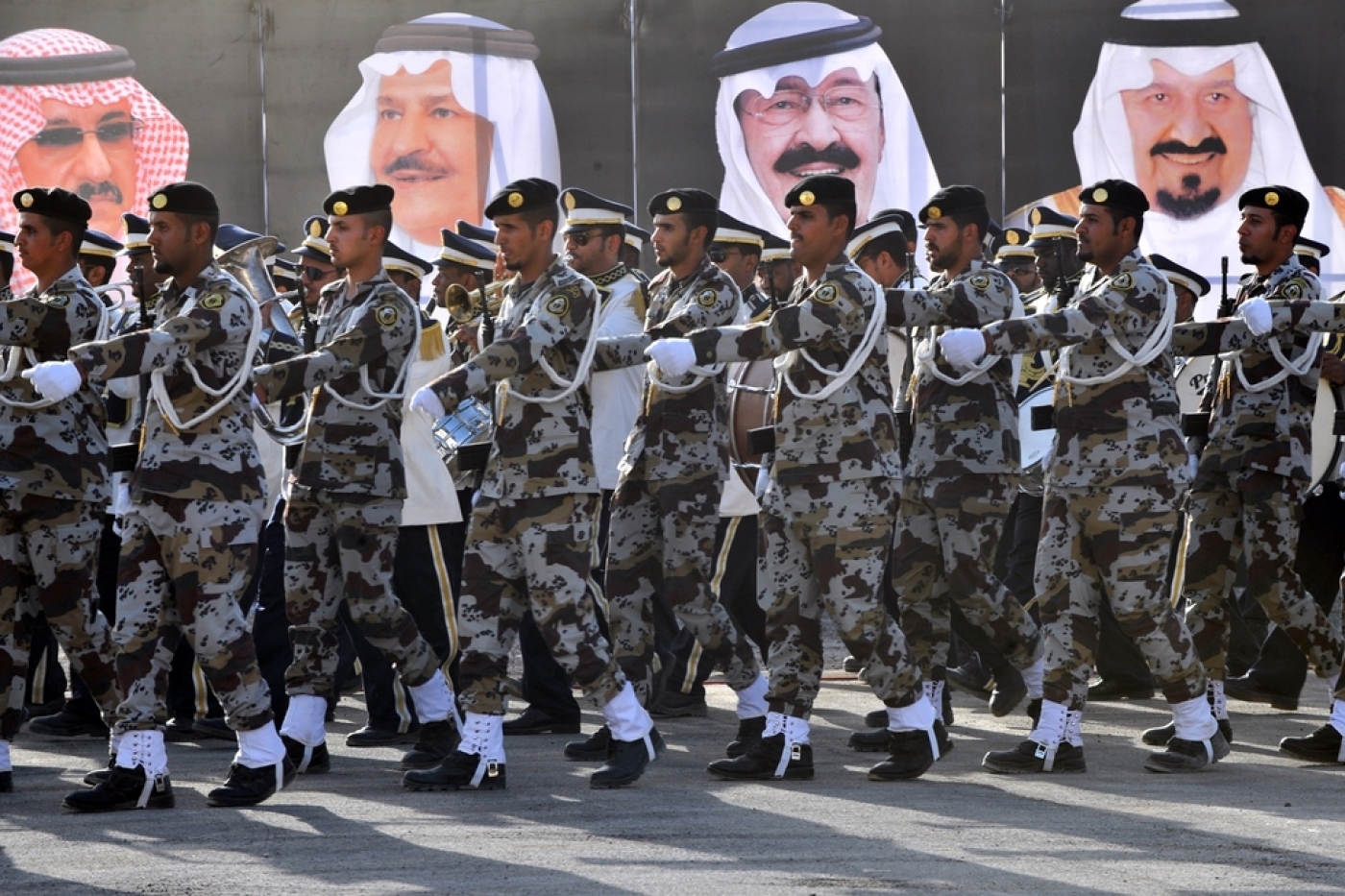 It was a stark warning delivered at the height of the battle for Aleppo: Michel Kilo, a prominent Syrian dissident, told Saudi Arabia the blowback of meddling in his country would be simple: "This havoc will eventually end up destroying them," he said.

"If events in our country do not come to an end, [terrorists] will move towards them in multiples. Eventually they will see what’s coming for them... they live just because they have money."

Kilo's warning - or perhaps threat - plays into what many in the Gulf might fear: Saudi and GCC support for rebels fighting Syria's president, Bashar al-Assad, has prolonged the war and will have unintended consequences; and that the Gulf faces an influx of militants as groups such as the Islamic State and the Nusra Front are defeated on the battlegrounds of Iraq and Syria.

According to the Soufan Group, there are 2,500 Saudis fighting for such groups, the highest total of the Gulf states. In contrast, there are only an estimated 70 Kuwaitis doing the same.

But there is already a threat within the Gulf states' own borders, with IS claiming, and being blamed for, a string of attacks in Saudi Arabia and beyond. According to counter-terrorism expert Dr Mustapha Alani from the Gulf Research Centre, Saudi Arabia has arrested 500 people with links to IS since 2014, but attacks still get through.

In October, Saudi Arabia arrested four people in the province of Shaqra for what it said was a plot to attack al-Jawhara football stadium during a match between Saudi Arabia and the UAE and taking orders from IS in Syria. The month before, 17 people were arrested for coordinating with IS and planning attacks on civilians against security personnel and government sites.

In July, three suicide attacks targeted the Saudi cities of Jeddah, Qatif and Medina. In Jeddah, a Pakistani expatriate injured two security officers in an attack on the US consulate. A Shia mosque was targeted in Qatif. In Medina, the bombing targeted a security office next to Prophet's Mosque. No group has claimed responsibility for the attacks, but suspicion, as ever, falls on IS.

In Kuwait, meanwhile, an IS network was broken up in July, a year after the group killed 27 people in a suicide attack on a Shia Muslim mosque.

IS may now be able to play on deep-rooted issues dividing Gulf countries, including the sectarianism that has torn apart countries such as Iraq and Syria - the organisation has targeted Shia sites in Qatif in Saudi Arabia's oil-rich Eastern Province, where the majority of the country’s Shia population reside.

Kuwait faces a similar threat as up to 30 per cent of its population are Shia Muslims, who up until now have maintained relatively good relations with the country's majority Sunnis.

The Qatif attacks falls within the divisive narrative boasted by Abu Mussaab al-Zarqawi, the leader of IS in its formative years in Iraq, who vowed to use attacks on Shia Muslims to elevate the organisation's stance among Sunnis in Iraq, a strategy to which al-Qaeda’s leader, Ayman al-Zawahiri, objected.

Militant networks in the Gulf are, however, unsophisticated: Alani said that while IS lacked a "real structure" in Saudi Arabia, small cells and individuals were still operating inside the country.

"Cells are generally comprised of two to three people, but for the most, IS relies more on individuals we call 'door knockers'," he said - a reference to lone-wolf attackers.

They are not Saudis tested on the battlefield and sent by IS back to their home country. They are generally poorly trained, hence the often poor execution of most attacks in Saudi Arabia.

"These militants are from the most uneducated, socially isolated, and looking for a purpose," said Alani.

Recruitment numbers have been low, despite the prominence of Saudi militant figures in Syria, such as IS's Turki Binali and Sheikh Abdul Aziz Qatary, the founder of Jund al-Aqsa, which recently merged with Nusra. IS has generally failed to appeal to young Gulf nationals such as its Saudi-led forerunner, al-Qaeda, did in the past.

"This may be explained by the fact that contrary to al-Qaeda, which was dominated by Saudis, IS is ruled by Iraqis and Jordanians," said Alani.

IS's infamous social media presence has also dropped significantly in recent months, as the IS "caliphate" has shrunk in Syria and Iraq and its enemies press a new "cyber war" against the group.

Abdlukhaliq Abdulla, an Emirati researcher who specialises in Gulf affairs, said that may account for the organisation's continuing low profile in Gulf countries.

"IS appeals to every Muslim in the Gulf who dreams of an Islamic revival. However, the more the caliphate loses ground the less potent it is and the less it can appeal to the imagination," he said.

And what of the Saudi money referred to by Kilo? Saudi Arabia has been repeatedly accused of supporting IS in Iraq and Syria. In October, an email from former US secretary of state Hillary Clinton was leaked, acknowledging that figures within in Saudi Arabia and Qatar had supported IS and other groups.

"We need to use our diplomatic and more traditional intelligence assets to bring pressure on the governments of Qatar and Saudi Arabia, which are providing clandestine financial and logistic support to [IS] and other radical Sunni groups in the region," the document states.

Saudi Arabia also finds itself in a dilemma as IS is inspired by a brand of wahabism, which prevails in the kingdom.

None of the analysts spoken to by MEE wished to discuss the claim. Saudi Arabia and its allies have repeatedly denied directly funding and supporting IS and similar groups, and US officials state that what money is funnelled to the battleground comes from private "angel investors".

IS has repeatedly rejected the legitimacy of the House of Saud, and considers it an agent of the United States.

"The organisation argues that Saudi Arabia is pro-Western and does not represent true Sunni Islam," says Jordanian expert Hassan Abu Haniya, who focuses on the activities of violent Salafi dogmatists.

Indeed, Abu Bakr al-Baghdadi, the self-styled khalifa of IS, has threatened Saudi Arabia in several speeches, the latest in November, and IS has declared several wilayat, or provinces, there - such as Najd and Hijaz.

Baghadi told his followers to launch “attack after attack” in Saudi Arabia, for the Saudis "siding with the infidel nations in the war on Islam and the Sunna [Sunni Muslims] in Iraq and Syria".

Another trend in the Gulf may also embolden IS recruitment: the region is facing this year a debilitating economic crisis.

Security sources, speaking on condition of anonymity, underlined that Saudi Arabia was witnessing an unprecedented capital outflow, with royals and large merchant families taking their money out of the country.

Saudi Arabia's last budget showed a $98bn deficit. Riyadh cut ministers' salaries by 20 percent and said it would scale back by 15 percent financial perks for members of its shura council and public sector employees.

It is a worrying issue for Abu Haniya. While Saudi Arabia and the wider Gulf appear to have kept a lid on the current militant threats, the future beyond IS may be different.

"The decline in the social contract across the Gulf region as well as political militantism might be a contributing factor for people to join terror organisations in the future," he said.

Shrinking caliphate - how IS lost its territory 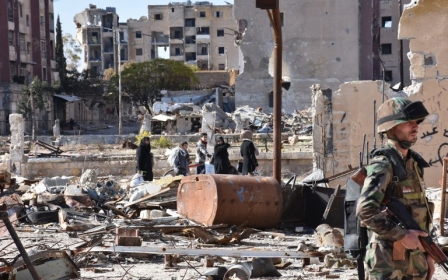 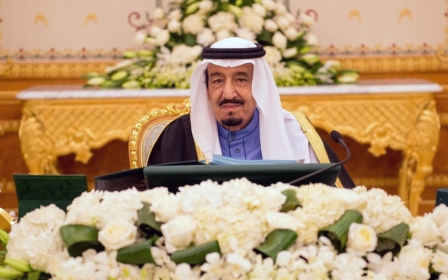 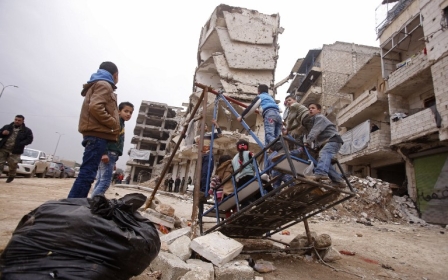