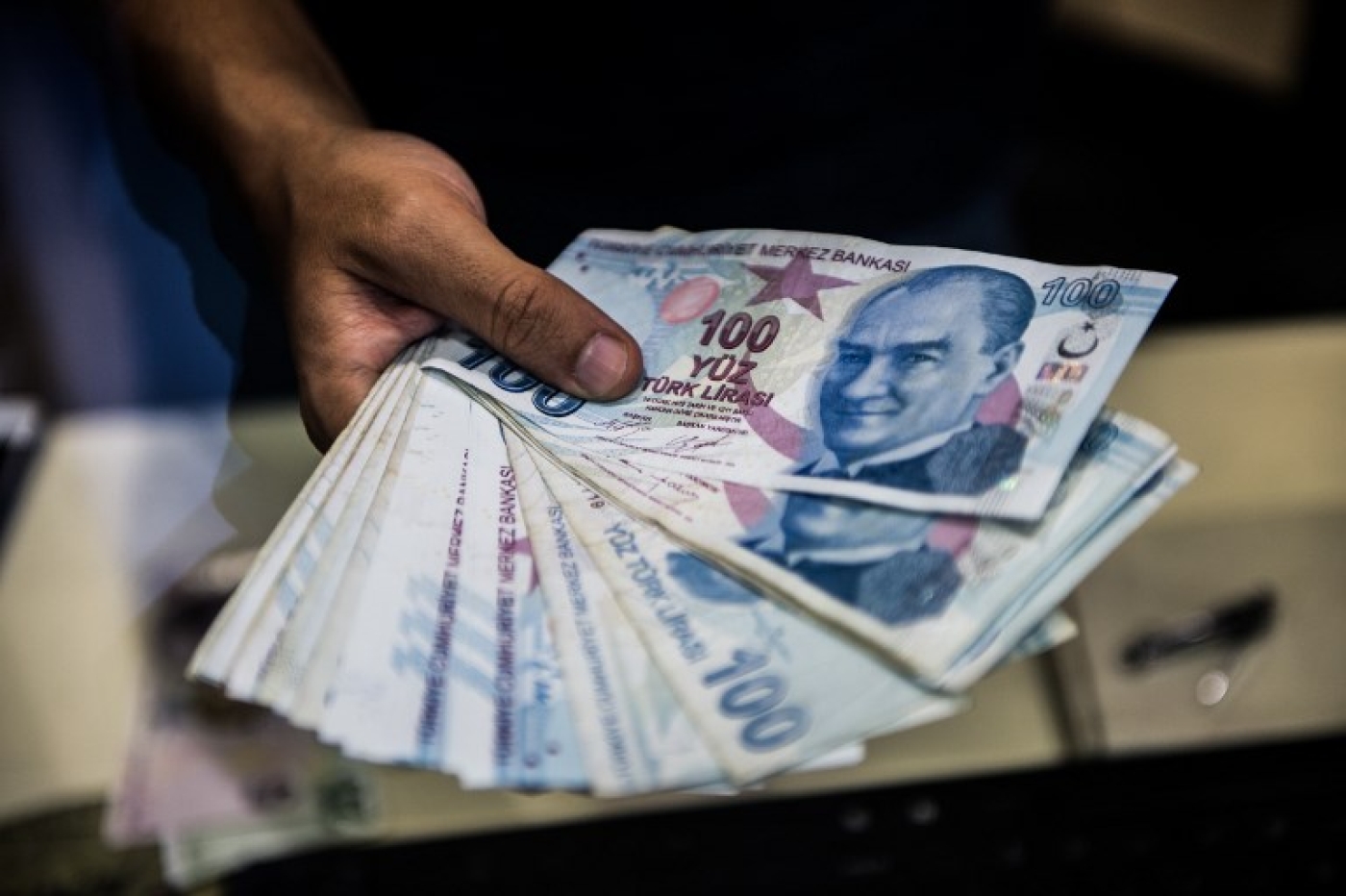 It was a boom underscored by easy borrowing that prioritised loans to the construction sector over capital intensive areas like manufacturing and IT development.

'The administration knew that a slowdown was on the cards, and [that's] why they pulled elections forward to June'

But the plunge in the Turkish lira over the past week has exposed just how unsustainable that model was, say analysts.

“The economy was based on borrowing money from abroad before the global financial crisis in 2008, and after that foreign-currency based loans through the Turkish banking system," Emre Deliveli, an independent economist based in Turkey, told Middle East Eye.

"This money turned the wheels of the economy but it was ultimately unsustainable."

By 2018, Turkey had the second highest credit boom among emerging markets after China, according to Capital Economics, an economic research consultancy based in London.

The irony is that on paper, Turkey appeared to be a success story. The country had one of the highest growth rates in the world, even while Erdogan cracked down on the media and his administration oversaw the arrest of over 60,000 people, mostly in the wake of the failed 2016 coup.

“We have been quite sceptical about these growth rates, as it was due to a credit boom, borrowing by private funds and for the construction sector. It is an overheating story, and with the lira’s quite sharp fall over the last few days, it has brought all the problems to light,” said Yasemin Engin, an assistant economist at Capital Economics.

Indeed, cracks were starting to appear in 2015, as the lira began its steady plunge, dropping against the US dollar into 2017.

By December that year, Ankara was aware that borrowing by Turkish companies was increasingly out of control, reaching $211bn, and stopped 23,000 businesses from taking further foreign-currency loans.

Furthermore, analysts said, the increasing likelihood of a crisis may have pushed Erdogan to hold early elections.

“The administration knew that a slowdown was on the cards, and [that's] why they pulled elections forward to June this year, rather than in 2019, before anything happened to the economy,” said Engin.

While currencies in many emerging markets have dropped over the past few months, from South Africa to India, none have plunged as starkly as the lira, from TL 2.4 to the US dollar in 2015 to TL 7 on Monday. So why now?

Analysts attribute it to past actions and say the situation has been exacerbated by moves Erdogan has made since a high profile interview with Bloomberg in London this May.

While Erdogan’s misunderstanding of basic economics and undermining of the independence of the central bank created concerns, the second shock was the appointment of his 40-year-old son-in-law, Berat Albayrak, as the finance minister following the elections.

'The economy would have imploded one way or another, even if these things had not happened from May until now, although it would be a smaller recession'

“Everyone expected the finance minister to stay, not appoint his son-in-law - who has no former economic training - to a top position in the economy. Investors were irked by that,” added Deliveli.

“But the economy would have imploded one way or another, even if these things had not happened from May until now, although it would be a smaller recession.”

Such moves came on top of a steady attack on the independence of the judiciary, which began in 2016.

“The arrests were worrying, but the economy seemed fine, and investors thought it was OK, but the arrests are now impacting the real economy as the cracks widen,” said Engin.

Nonetheless, Erdogan is keen to put the blame for the currency drop on "economic terrorists". “That is a classic Erdogan move, the populist ‘us versus them’, and unfortunately people do fall for it,” Engin said.

Run on the banks?

The drop in the lira - now down 40 percent against the US dollar since the beginning of the year - prompted Turks to line up outside of banks in the suburbs of Istanbul to withdraw their money on Monday, said Atilla Yesilada, an Istanbul-based analyst at GlobalSource Partners, an international business advisory service.

The concern is that Ankara will impose capital controls - limiting withdrawals at banks and transferring money outside the country. While analysts do not think this is likely, and the Central Bank has said it will not, rumours have created fear among the public and international markets.

“Rumours are circling that the government will freeze accounts and put in place capital controls. It doesn’t matter if that is true or not as it is about confidence," said Deliveli.

"What started as a currency crisis is morphing into a real estate sector crisis. Part of that is the debt, and partly a lack of governance and property rights."

Capital Economics thinks that there is not much danger to the Turkish banking sector as it is well capitalised and there will be minimal international impact, even to European banks that are exposed to Turkish debt, but that there are risks domestically due to the high cost of borrowing.

Who is responsible for Turkey's lira crisis? The question on everyone's lips
Read More »

“Turkish banks’ exposure to foreign debt has gone up by 50 percent in value terms since the start of 2018, and the cracks in the banking sector will have an impact on the rest of the economy. Businesses will find it harder to get - and repay - loans,” said Engin.

For Turkish businesses paying off $221bn in loans, such debt will have increased by 1.6 times in lira terms since April 2018. “Even football clubs will have a difficult time as salaries are in Euros, and so wage costs have increased 60 percent in two months; it’s crazy,” said Deliveli.

Diplomatic spats and the spectre of sanctions

Erdogan’s ongoing spat with the United States, which spiked after he alleged that Washington was behind the 2016 coup attempt, has further weakened investor confidence.

The arrest of American evangelist Andrew Brunson as a suspected coup conspirator has infuriated President Donald Trump, and raised the spectre of further sanctions and trade tariffs.

'Even in the worst case scenario of minimal debt rollover, Turkey has enough financial ammunition for the next three months, or until the year end'

How long Ankara can shore up the economy will be dependent on rolling over foreign debt and whether the White House imposes further sanctions.

“We made some calculations that even in the worst case scenario of minimal debt rollover, Turkey has enough financial ammunition for the next three months, or until the year end," said Yesilada.

"With central bank reserves, banks’ assets and deposits abroad, Turkey can withstand US sanctions or a complete drying up of foreign funding, but the fact that we have time is like saying you have lung cancer but that you will not die immediately."

Ankara has few deep-pocketed friends to turn to for a bail out, like the European Central Bank and the US government bailing out European and American banks in the wake of the 2008 financial crisis.

“We are seeing reports of Ankara potentially turning to the Middle East, China and Russia, but it is a sensitive diplomatic situation as no one will want to upset the USA by siding with Turkey,” said Engin.

“Even Qatar is being quiet about this despite Turkey stepping in to help during the 2017 blockade (by Saudi Arabia and the UAE), but it wouldn’t be enough anyway. Just taking out more loans to cover debts is a short term solution.”